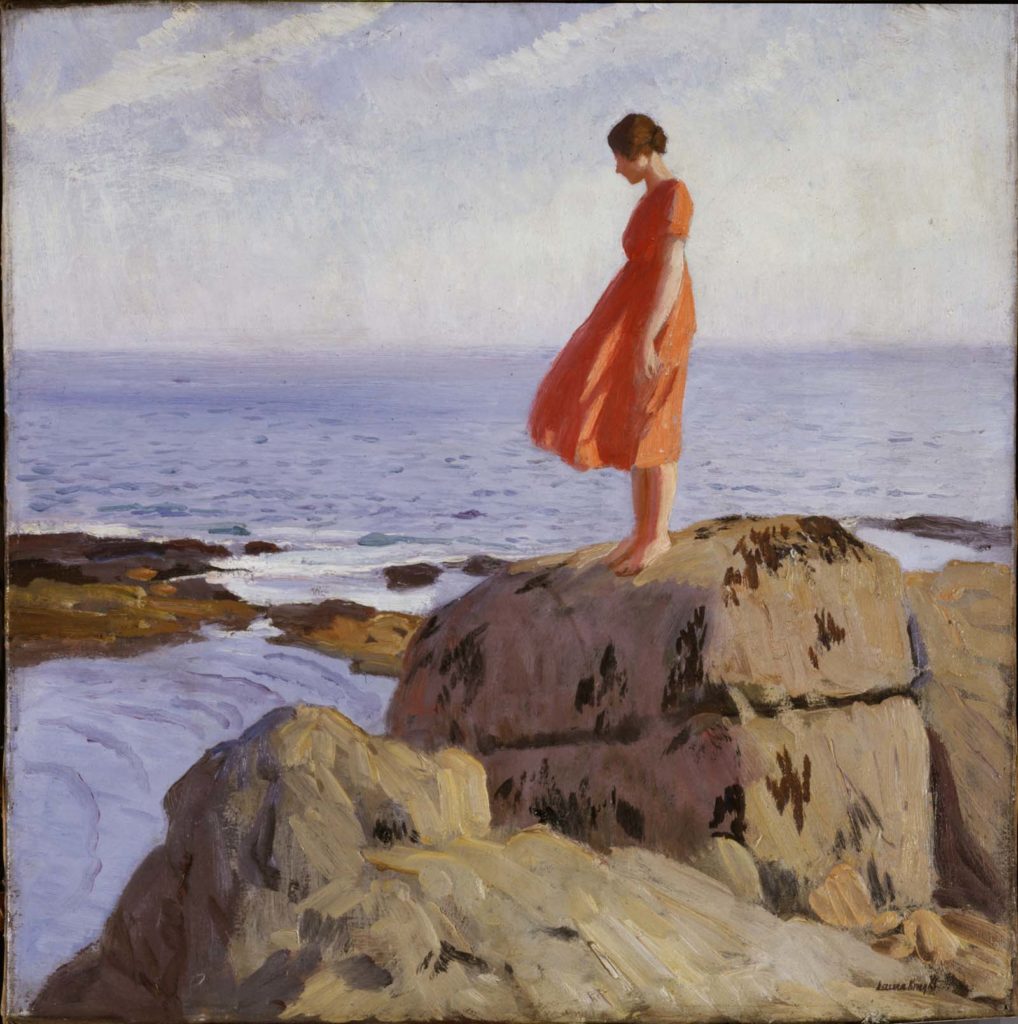 It’s true to say that before the 20th century, the entire canon of western art was dominated by male artists. Bar a handful of celebrated female painters, such as Artemisia Gentileschi, Élisabeth Louise Vigée Le Brun and Rosa Bonheur, it wasn’t until the 20th century that women really began to enjoy comparable success with their male counterparts.

In Britain, four female artists exemplified these new opportunities and the time of flux that was ushered in by the end of the First World War and the advent of modernism.

The roots of this emancipation in art lay in the Victorian era, when some middle and upper class women who were born, raised and educated in the later decades of the 1800s were able to seize upon the changes in society.

At the Laing Art Gallery they are exploring four of these pioneering women who were all born within 15 years of one another and whose lives and work reflect the struggle to challenge the conventions imposed upon them by society. 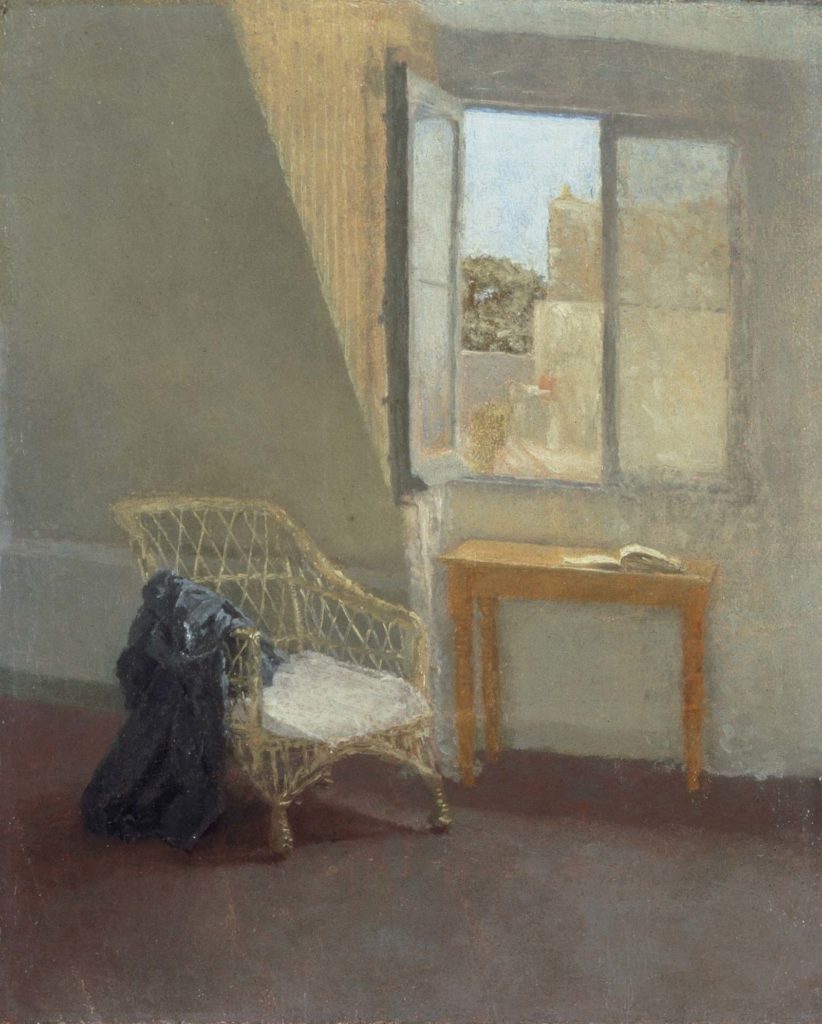 “Challenging Convention is one of a series of exhibitions which take up the important task of addressing the varying kinds of erasures and omissions that are inherent in the canon of British art, and indeed public art collections like the Laing,” says Chief Curator Julie Milne.

“Issues of gender equality will have a particular resonance for audiences at a time where challenges of economic hardship, unstable work and child care caused by the pandemic are disproportionally affecting UK women.”

More than 60 significant works by the four are featured from over forty UK public collections, to offer an immersive introduction to their art that spans their careers, subjects and most celebrated creations.

Although from different backgrounds, each of the quartet went to art school. Gwen John attended London’s Slade School of Art from 1895, which at that time was the only art school in Britain to admit female students – with attendant strict rules about mixing and fraternising in classes and corridors.

As her younger brother, Augustus John, found fame whilst still at the Slade as Britain’s brightest and most feted portrait painter, Gwen John’s career was a slower burn, but her reputation for beautifully considered female portraiture – often in quiet interiors – grew steadily while living and working in Paris, where she remained for the rest of her life.

Known for preferring solitude and avoiding ‘family conventions & ties’, she nonetheless forged intense friendships and had love affairs with fellow artists, including the sculptor August Rodin, for whom she modelled. In later life, she converted to Catholicism, which informed her subject matter. 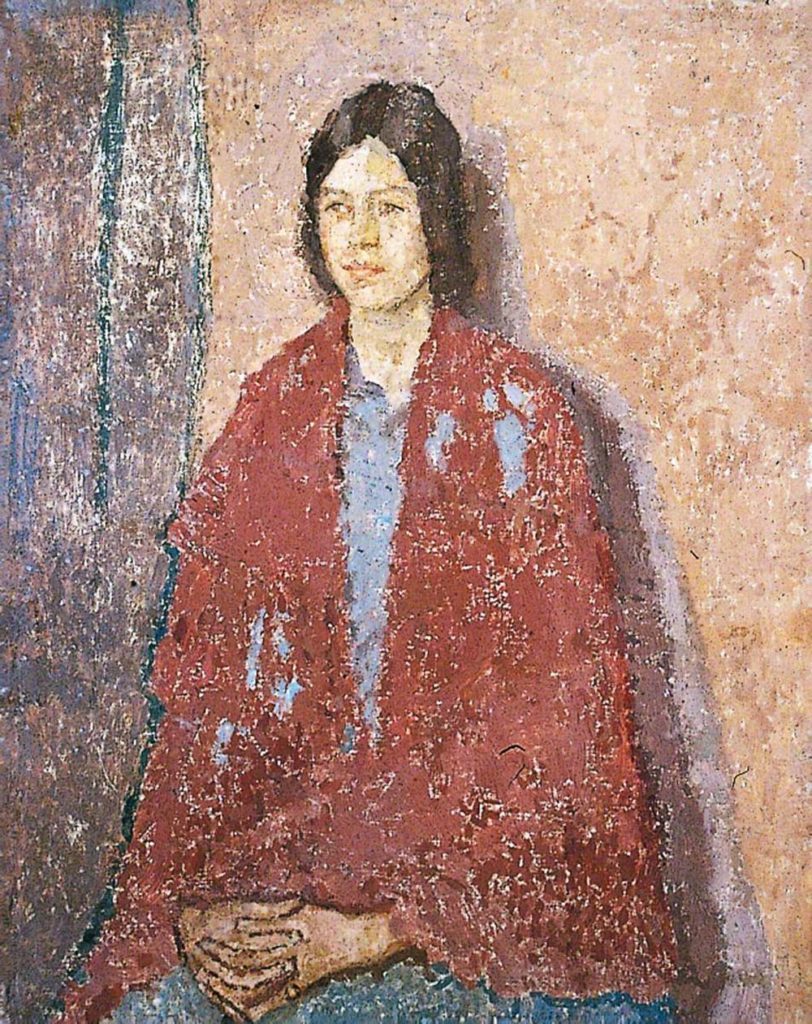 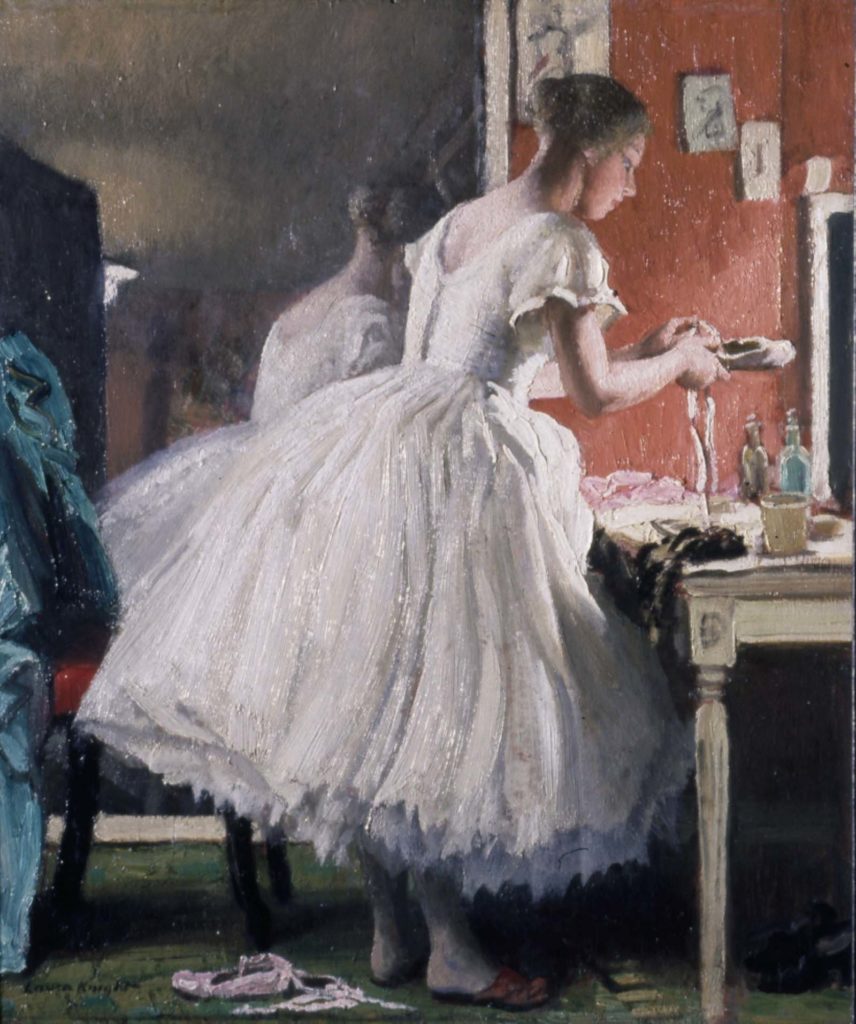 Vanessa Bell may have been born into a well-connected and artistic family, but as with all the women featured in Challenging Convention exhibition she was determined to be an artist from a young age.

Following the death of her father, the author and biographer Sir Leslie Stephen, she moved from the family house in London’s Mayfair to a house in Bloomsbury with her two brothers and sister, the writer Virginia Woolf.

Here the sibling’s widening social circle of artists, writers and bohemian types formed the beginnings of the Bloomsbury Group.

After her marriage to the art critic Clive Bell in 1907, the couple’s house at 46 Gordon Square became a focal point of the Group, and as befitted this artistic milieu, Vanessa’s personal life became increasingly unconventional by the standards of the time.

She had two sons, Julian and Quentin, with her husband, and a daughter, Angelica, with the artist Duncan Grant, whose lovers were usually male. Her work – often exhibited and associated with his – influenced Grant’s as much as his inspired hers.

The modernity of Bell’s earlier work and her exceptional creativity in the fields of colour and design are increasingly celebrated and are demonstrated by the artworks chosen for the exhibition.

Laura Knight, despite being hampered by a family background afflicted by financial difficulties and an absconding father, entered Nottingham School of Art at just 14 and went on to develop her skills as a painter in an artistic colony at Staithes in Yorkshire, before moving to Cornwall.

She grew up in a household of women, including her mother Charlotte, two sisters and two grandmothers but with the family lace-making business in decline, her mother – an amateur artist herself – gave art lessons to support the family whilst recognising the precocious talent of Laura.

Despite this nurturing atmosphere, before her 18th birthday, most of her family had died and with her sister she moved into lodgings. Laura followed her mother’s example by taking on pupils to help pay the bills while she attended art school in the evenings.

It was at these classes in Nottingham that she met and observed the skills of the star student, Harold Knight. She would set her easel up behind him, to observe how “the work should be done”. This reflected an aspect of her entire life and work, watching and painting people at work. Laura and Harold married when she was 23, and went on to join artists’ colonies in Yorkshire, Holland, and Cornwall.

Today Knight’s work is held by major institutions across the UK and thanks to a series of recognisable signature paintings – ranging from her feted wartime studies and the self-portrait now in the National Portrait Gallery to her popular ballet and circus pieces – her art and reputation now easily eclipses that of her husband. 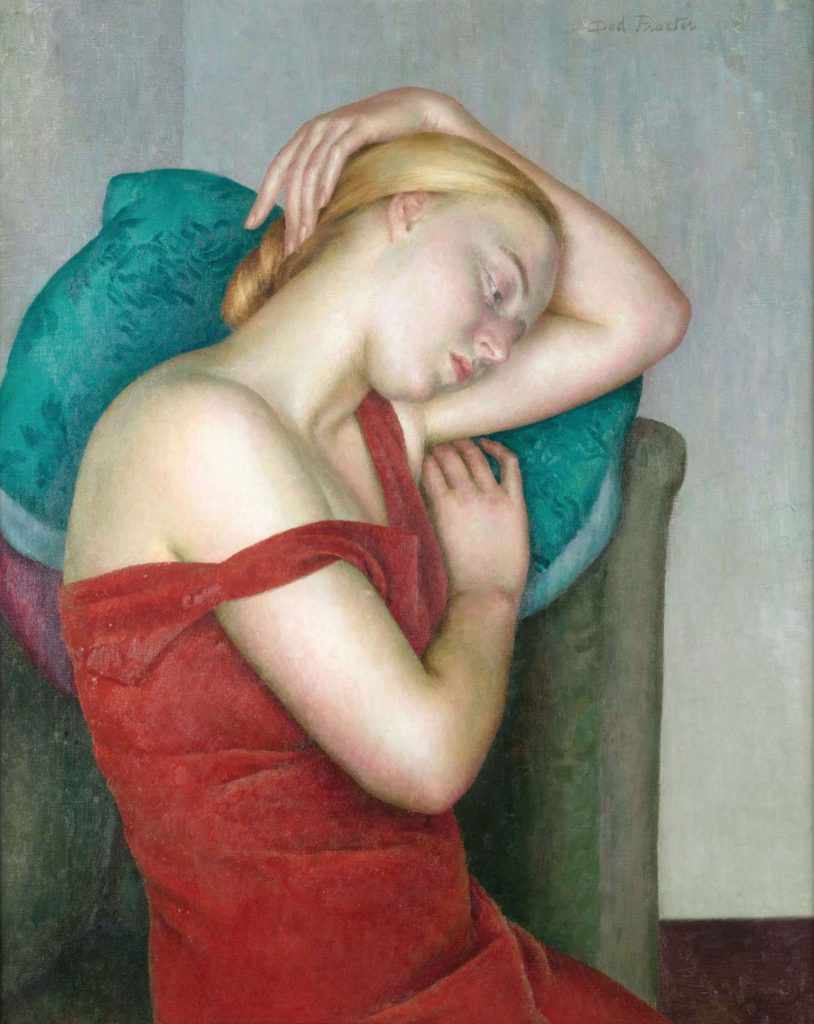 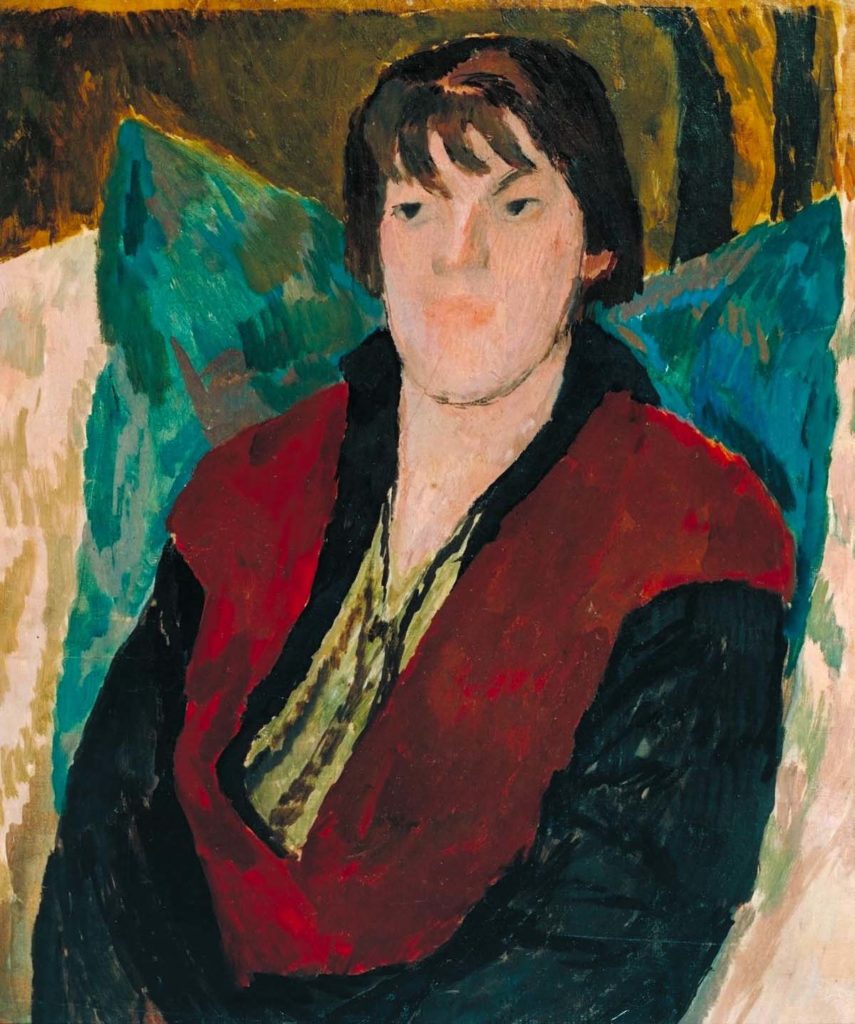 Dod Procter, born Born Doris Shaw in North London to a ship’s doctor and art student mother lived most of her life in Newlyn, Cornwall. At 15 she enrolled in the school of painting run by the artists Elizabeth and Stanhope Forbes, which introduced her to the network of artists in Newlyn including her husband, Ernest Proctor, and Laura Knight, who became a life-long friend. Like Gwen John, Dod also studied in Paris.

Although she later painted flower studies she is perhaps best-known for her paintings of young women, often the daughters of local fishermen, who she depicted in soft-draped clothing and muted yet somehow equally radiant lighting. In 1927 she won particular acclaim for Morning, a portrait of Cissie Barnes, which was voted ‘Picture of the Year’ at the Royal Academy Summer Exhibition and purchased for the nation after a public fundraising campaign by the Daily Mail, which raised the £300 needed to buy it for the Tate Gallery.

The exhibition includes some rarer examples of these popular portraits, presenting a rare opportunity to see together some of the most insightful examples of female portraiture from the early twentieth century. 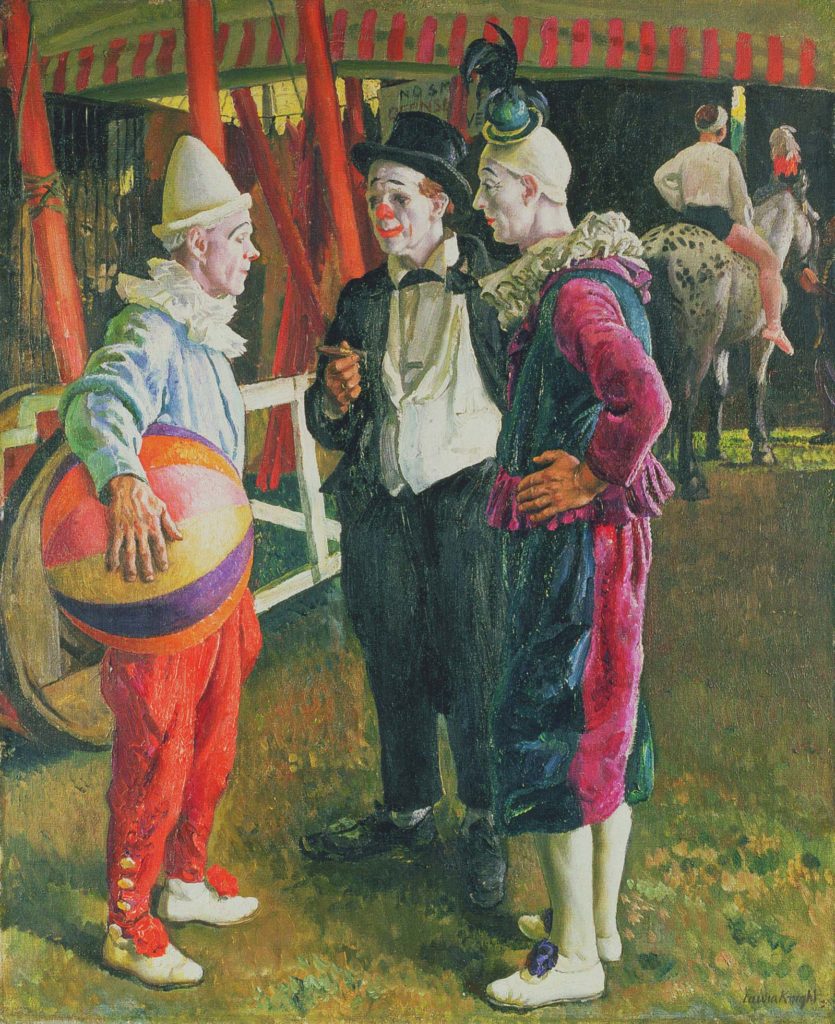 Challenging Convention is at the Laing Art Gallery from March 27 – June 19 2021.