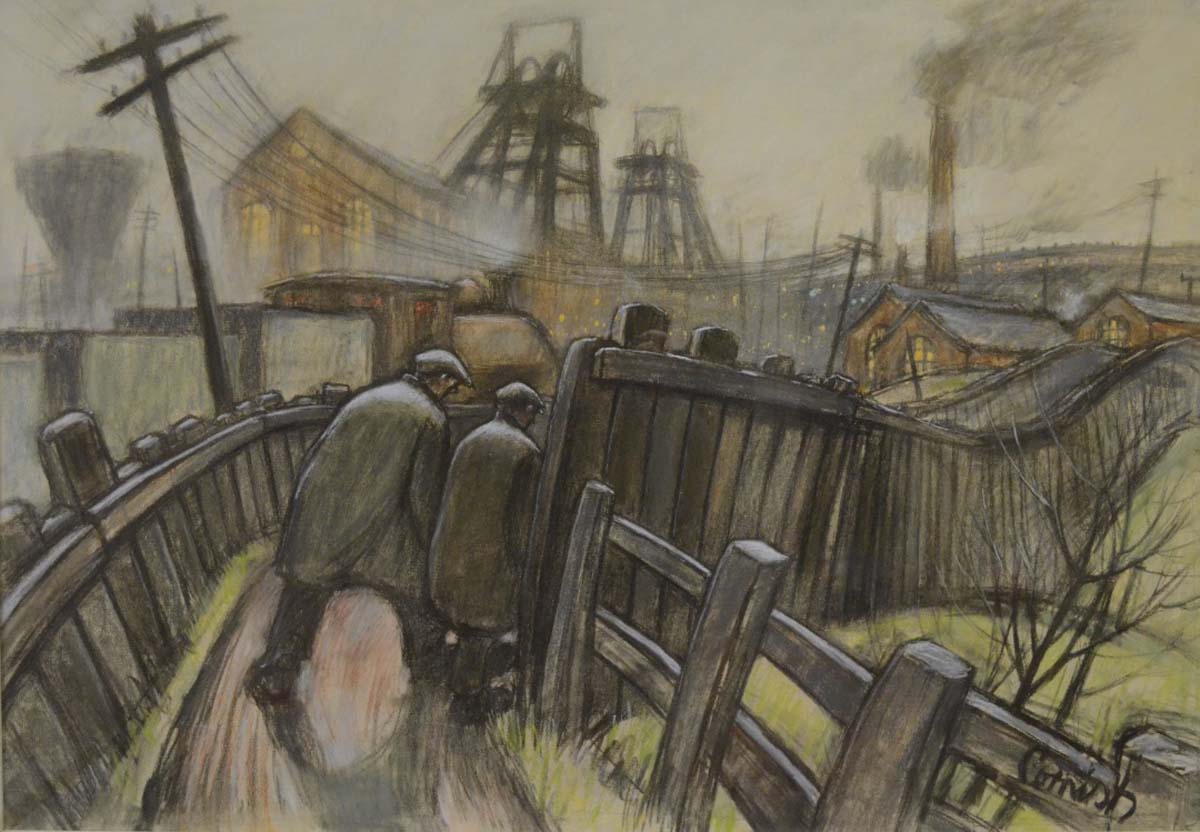 The art of Norman Cornish, the most famous member of the fabled Pitman’s Academy, is celebrated with  a series of centenary exhibitions and events across County Durham

The paintings and drawings of Norman Cornish MBE (1919 – 2014) tell a story of hard-lived lives in a community which endured despite adversity, and for the people of the north east they continue to occupy a special place.

Born into the mining town of Spennymoor, County Durham, Cornish was a chronicler of the social environment and industrial landscape in which he lived and worked. And in the mining communities of his hometown he found a humanity that filled his canvasses with heart warming stories of working class life.

With exception of LS Lowry, (who was a good friend of the Spennymoor artist) Cornish is undoubtedly the most celebrated and recognisable British painter to capture the everyday lives of people in the industrial towns of the 20th century. For Lowry it was the working lives of the folk who toiled and lived in the mill towns, for Cornish it was the people who worked and lived in the coalfields.

Now in his centenary year, the artist’s family have joined forces with galleries across County Durham to launch a year-long celebration focusing on his world and the arduous but bright lives of the people he captured. 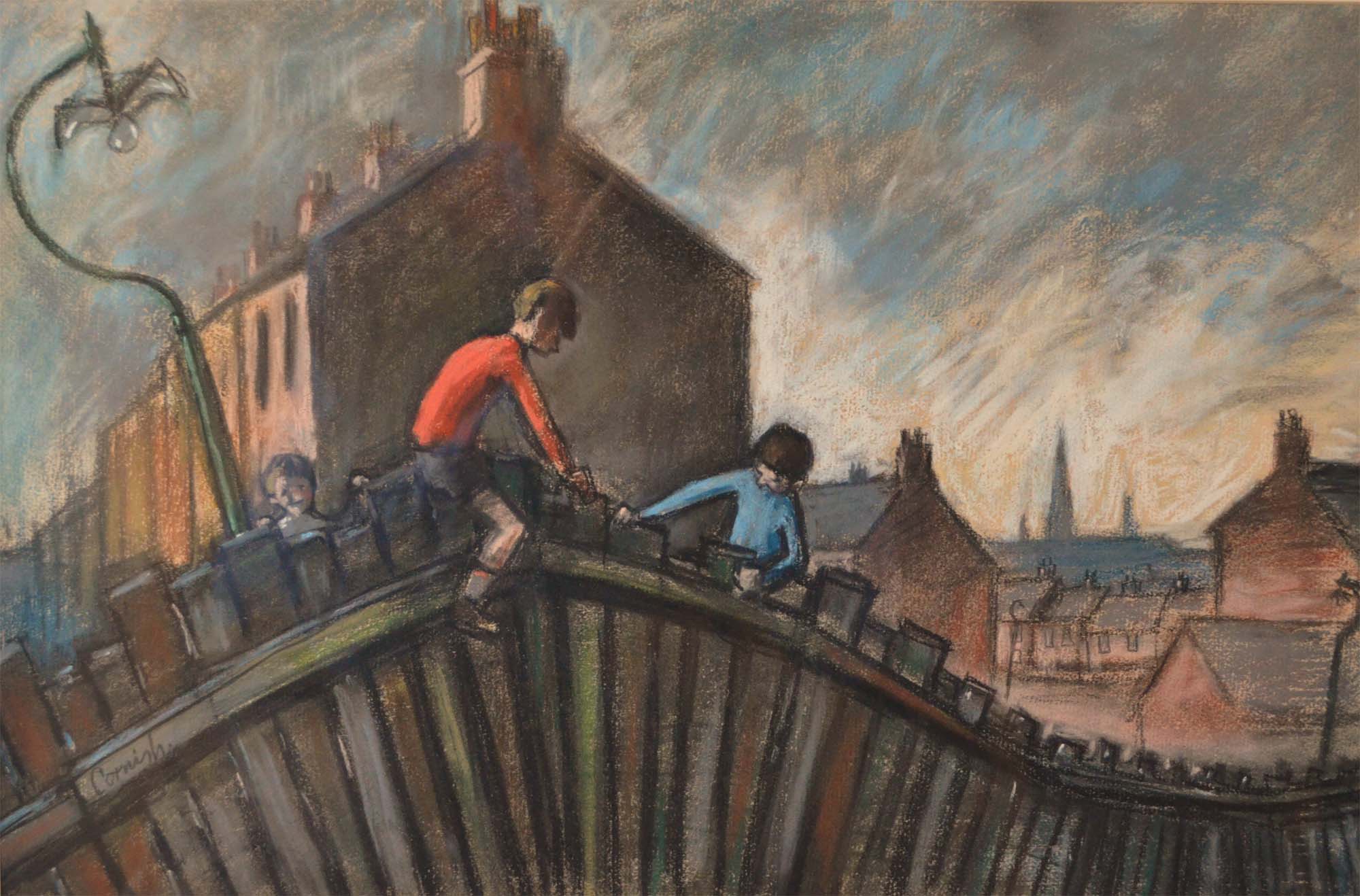 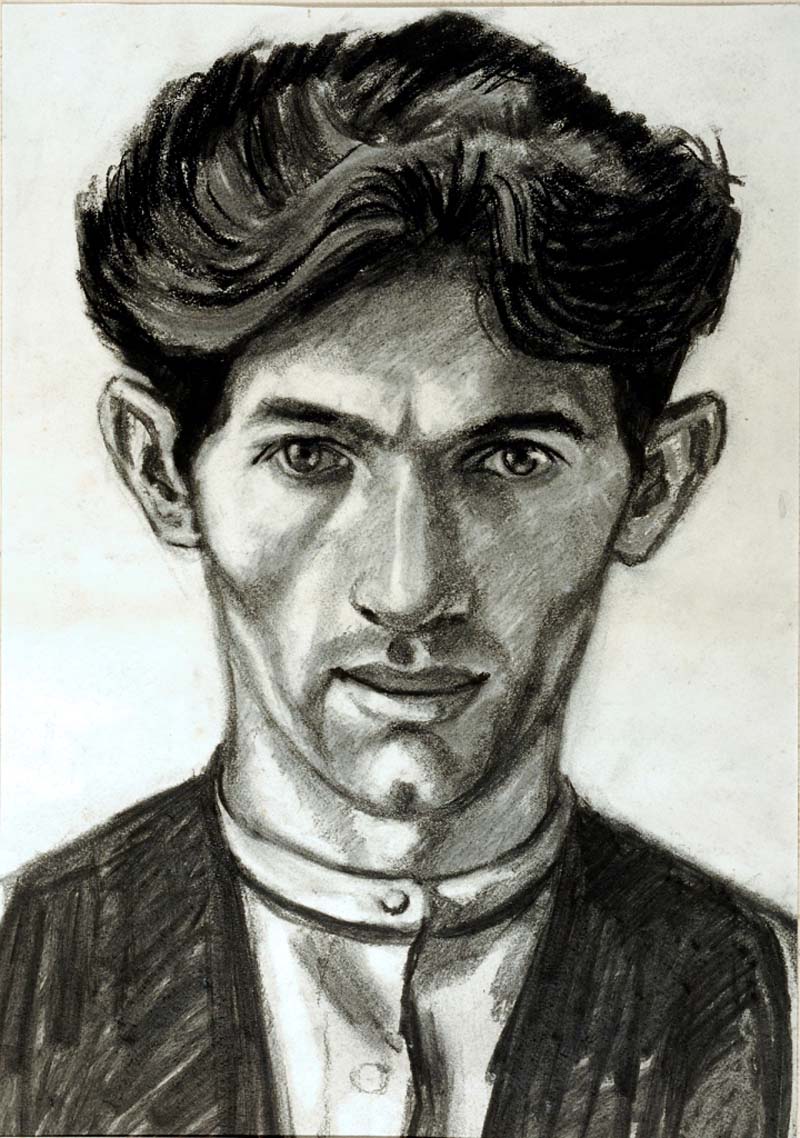 Cornish knew his subject well – he lived it. Spending over 30 years working down the pit, he first descended the mineshafts at the age of just 14, in 1933. Despite his growing reputation as a painter he didn’t retire as a miner and take up painting full-time until 1966.

Six exhibitions across County Durham throughout 2019 explore his life and work offering up previously unseen works, fresh insights and a major retrospective at the Bowes Museum, while a trail in his hometown of Spennymoor and a recreation of his studio at Beamish Museum brings his life and art into focus. Before his death at the age of 94 in August 2014, Cornish arranged for the contents of his studio, including some unfinished work, and some furniture from his home to be donated to the museum.

Organisers say the year will offer those familiar with his work new perspectives and the opportunity to see many previously unseen pieces, while also introducing his work to new audiences.

In Cornish’s hometown, the Bob Abley Art Gallery in Spennymoor focuses on the mural he painted depicting the Durham Miners’ Gala in 1963.

The Story of the Durham Miners’ Gala Mural (April 6 2019 to February 2020) features a range of preparatory paintings, drawings, sketches and correspondence plotting the artist’s sometimes challenging journey from the commission of the nine-metre artwork by Durham County Council to its installation at Durham’s County Hall, Aykley Heads, where it remains. 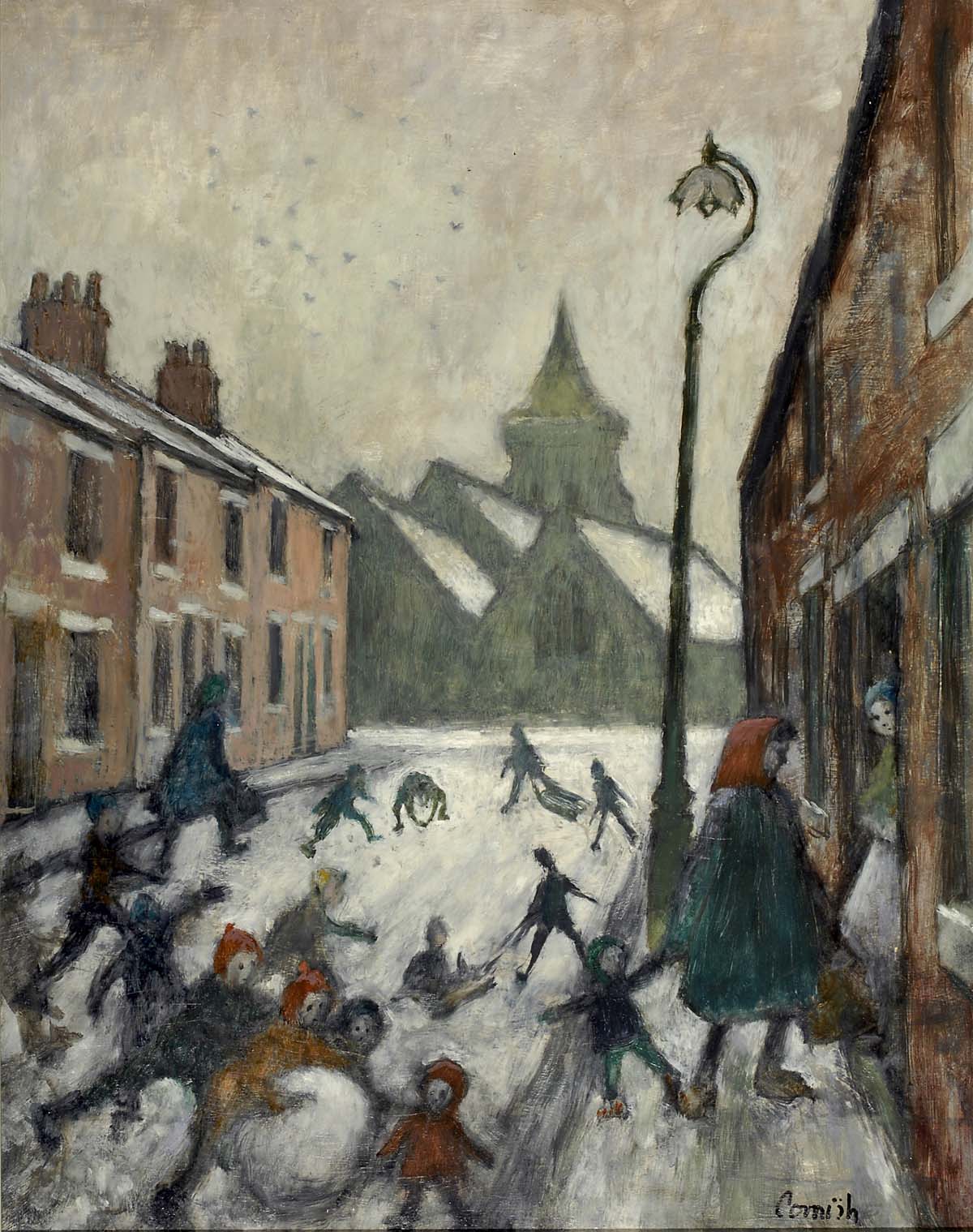 Children Playing in the Snow. © Estate of Norman Cornish 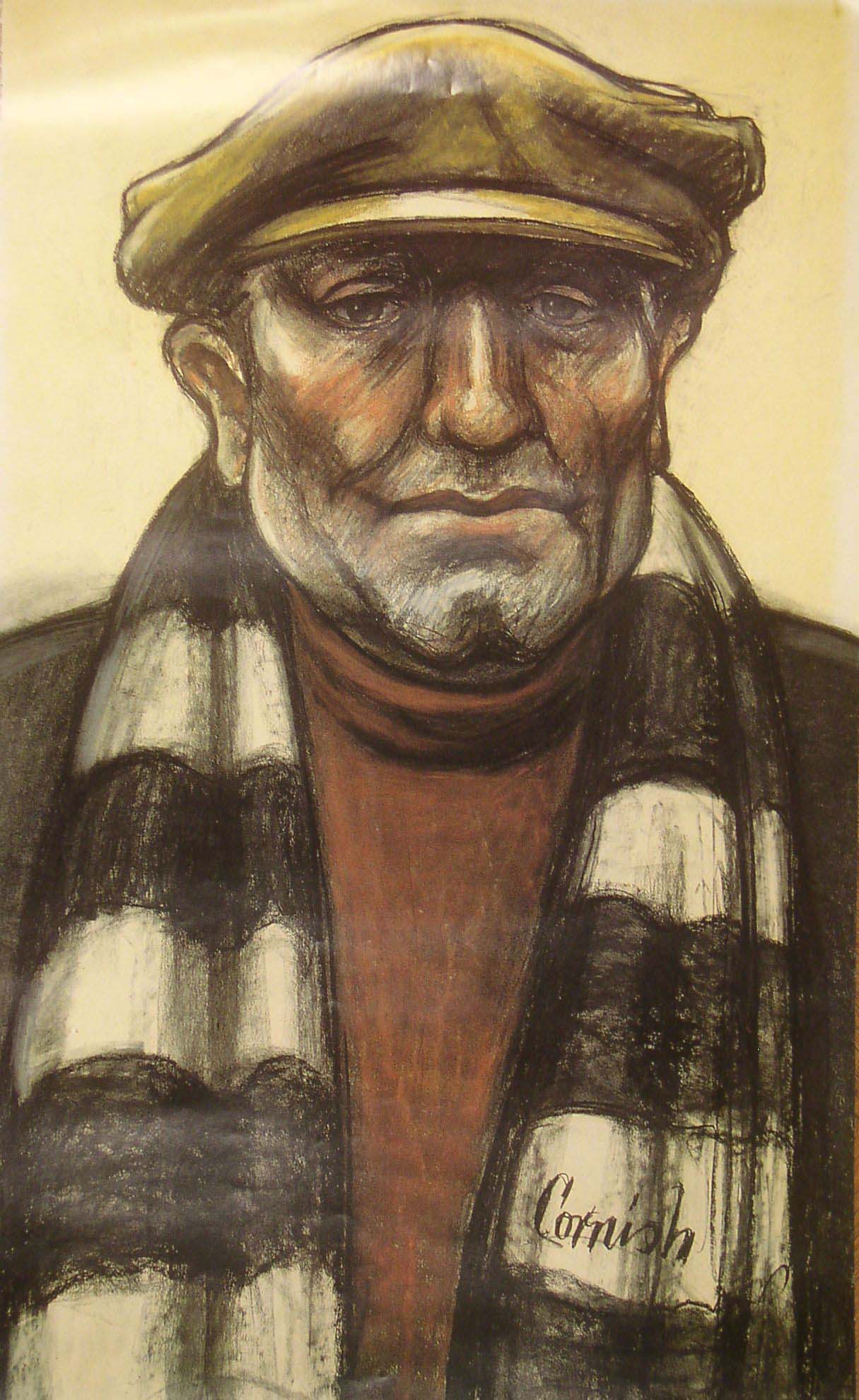 In Bishop Auckland the recently opened Mining Art Gallery, brings a different perspective to the celebrations with a special exhibition demonstrating Cornish’s deeply ingrained identity within the community, felt still by those whose history it mirrors.

Norman Cornish – A Slice of Life (April 6 until October 13 2019) is co-curated by residents of Spennymoor, alongside his children John and Ann, guided by the gallery’s curator Angela Thomas of The Auckland Project.

Community Groups including the Spennymoor Settlement Sketching Club and Rosa Street School and Tudhoe & Spennymoor Local History Society have each selected work by Cornish from various themes, including some rarely seen mining and street scenes.

Cornish was the most prominent and last surviving painter to emerge from the Spennymoor Settlement, and the pioneering scheme (originally set up in 1930 to provide social and cultural services for local families struggling amidst the great depression) still offers acting, painting and other activities for local people. Writer Sid Chaplin and artists Bob Heslop, Tom McGuinness and Bert Dees also benefited from being part of the Spennymoor Settlement.

The Mining Art Gallery’s temporary exhibition sits alongside the Gallery’s permanent collection which features further work by Cornish, as well as other prominent artists such as Tom McGuinness, Tom Lamb and Bob Olley. 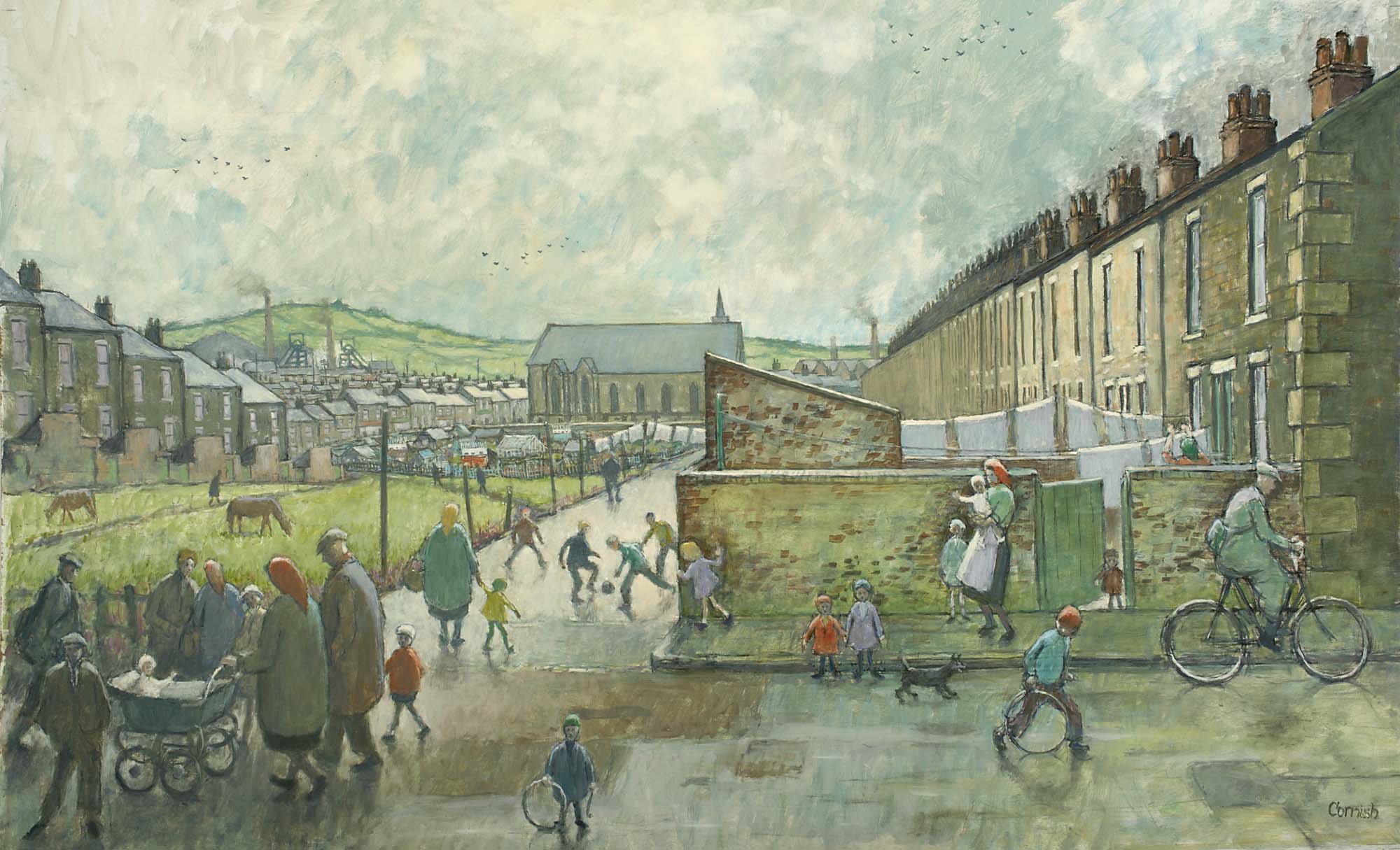 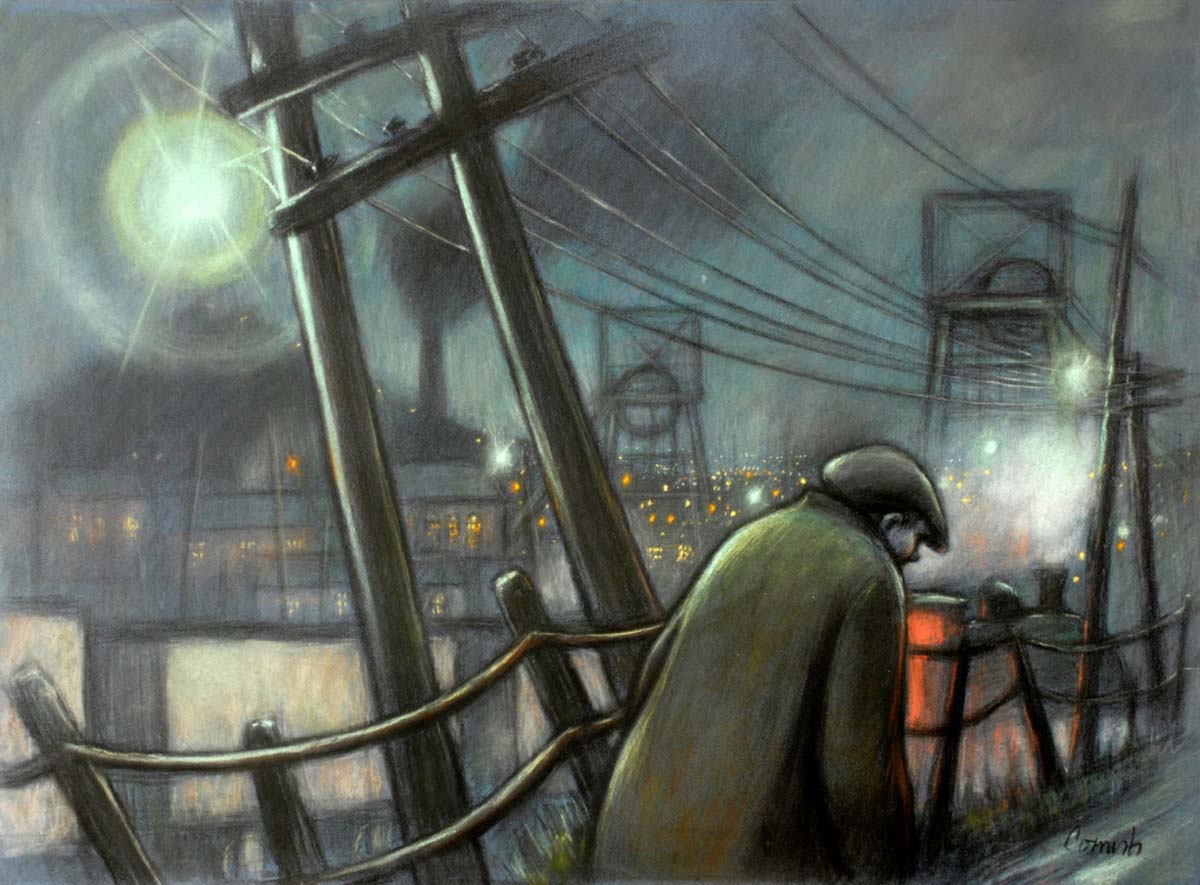 Returning to Cornish’s hometown, Spennymoor Town Council is opening the refurbished John Kitson Archway within the Spennymoor Town Hall where a rich and diverse selection of the artist’s work is displayed on backlit glass panels.

Those visiting the artist’s home town can also access the Norman Cornish Trail, which sets his work in their actual locations – taking people back to a time when coal was once the life-blood of industry and an important part of community life.

Visitors can walk in Cornish’s footsteps guided by a free trail guide or an app offering insights into the 10 key locations which were the source of his inspiration.

The latter, Norman Cornish: The Definitive Collection, promises to be the most comprehensive collection of his work ever assembled, and includes a number of previously unseen pieces. 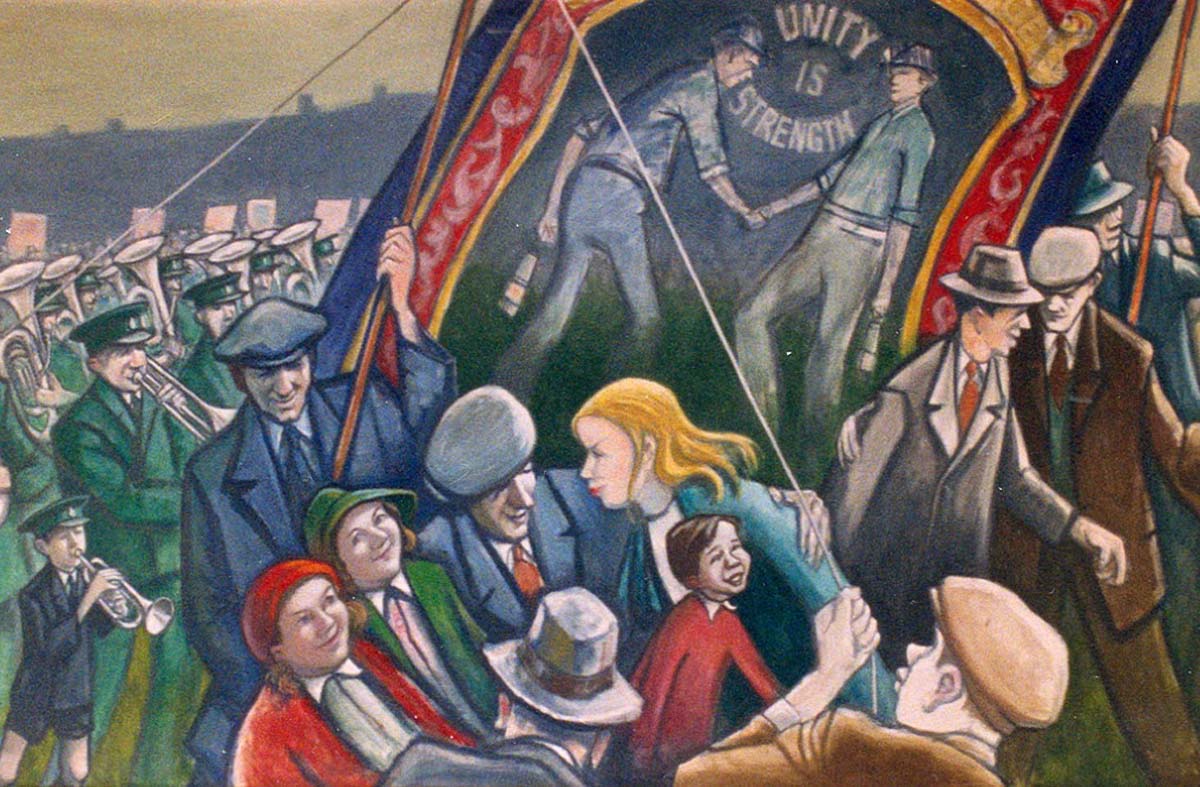 Speaking for the Cornish family, Norman’s son John said they were “delighted that my father’s legacy is being recognised with such an exciting programme of exhibitions at galleries across Durham County and beyond”.

“Enduring projects such as ‘The Norman Cornish Trail’ in his home town of Spennymoor, and the unique display of his artwork on glass in the refurbished archway there will ensure his legacy lives on.

“We are very proud of the esteem in which my father’s work is held by the public and we hope the planned exhibitions and events will serve to reinforce the region’s pride in its cultural heritage.”

More information on the artist and the Norman Cornish Centenary events can be found at www.normancornish.com/centenary