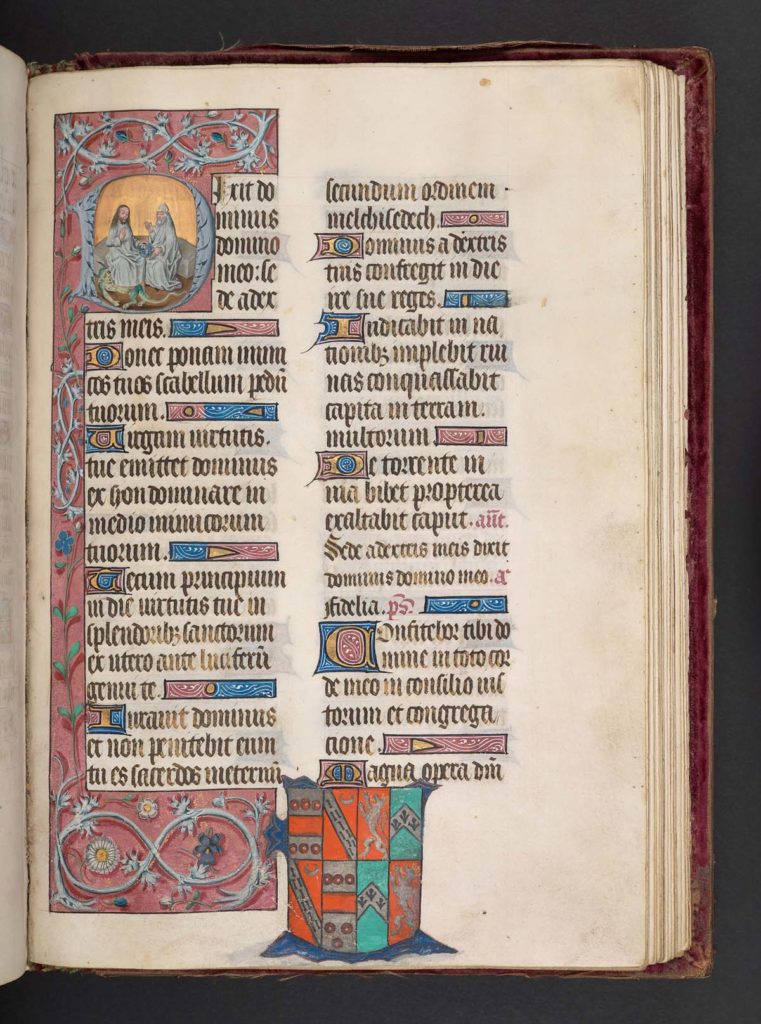 The Lucas Psalter, featuring the coat of arms of Thomas Houchon Lucas at bottom Courtesy The British Library, Additional MS 89428.

Made in Bruges for an English patron, the latest medieval manuscript acquired by the British Library is an important and hitherto unknown copy of the Psalms created in the 15th century.

Known as the Lucas Psalter, it takes its name from Thomas Houchon Lucas (1460-1539) of Suffolk. Lucas was the secretary to key political mover and shaker, Jasper Tudor, and Solicitor General under Henry VII, and his arms were added to the prestigious manuscript.

Featuring eight large finely painted initials, the manuscript has a distinctive two-column Gothic script and is a previously unidentified example of the work of the Master of Edward IV, one of the most influential manuscript artists of the late Middle Ages.

Scholars say the Psalter is an unusual example of his painting in a sacred text, which might have originally formed part of a breviary volume or set of volumes. 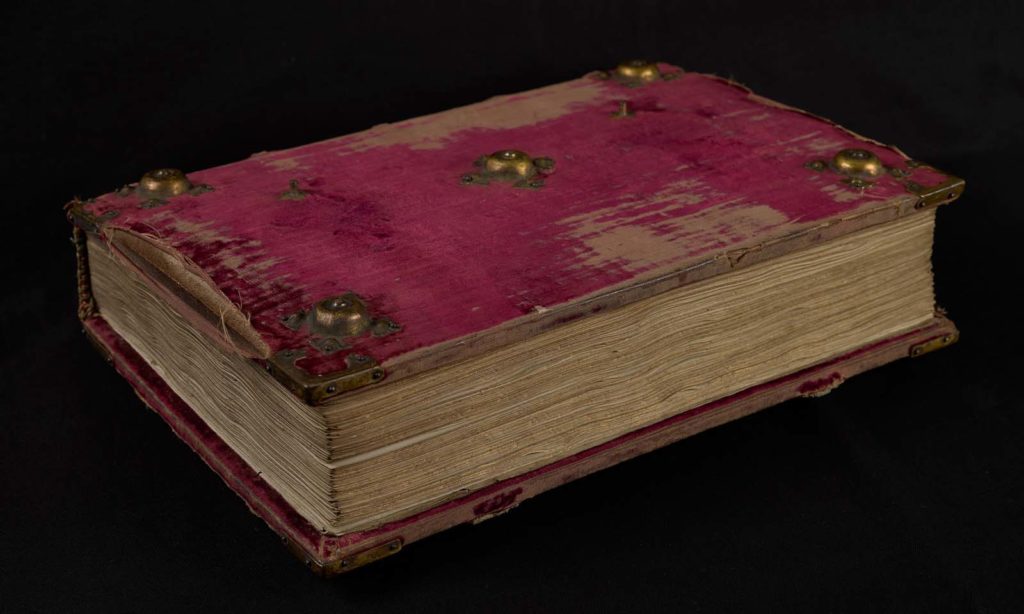 The velvet binding of the Psalter remains in remarkable condition. Courtesy The British Library, 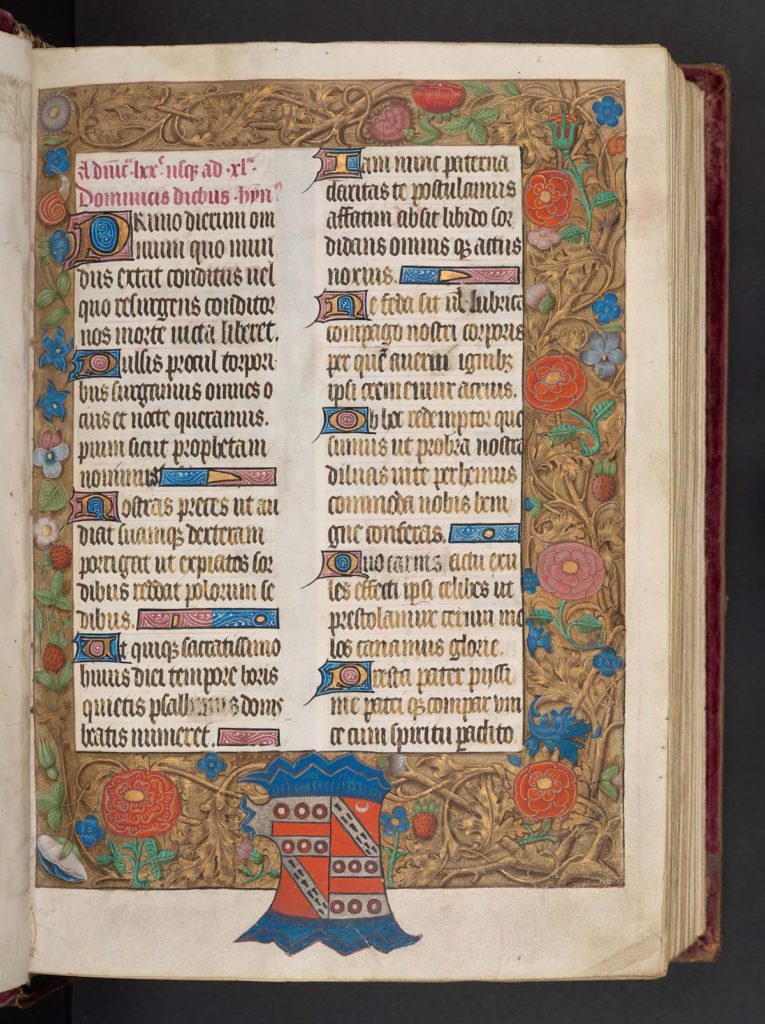 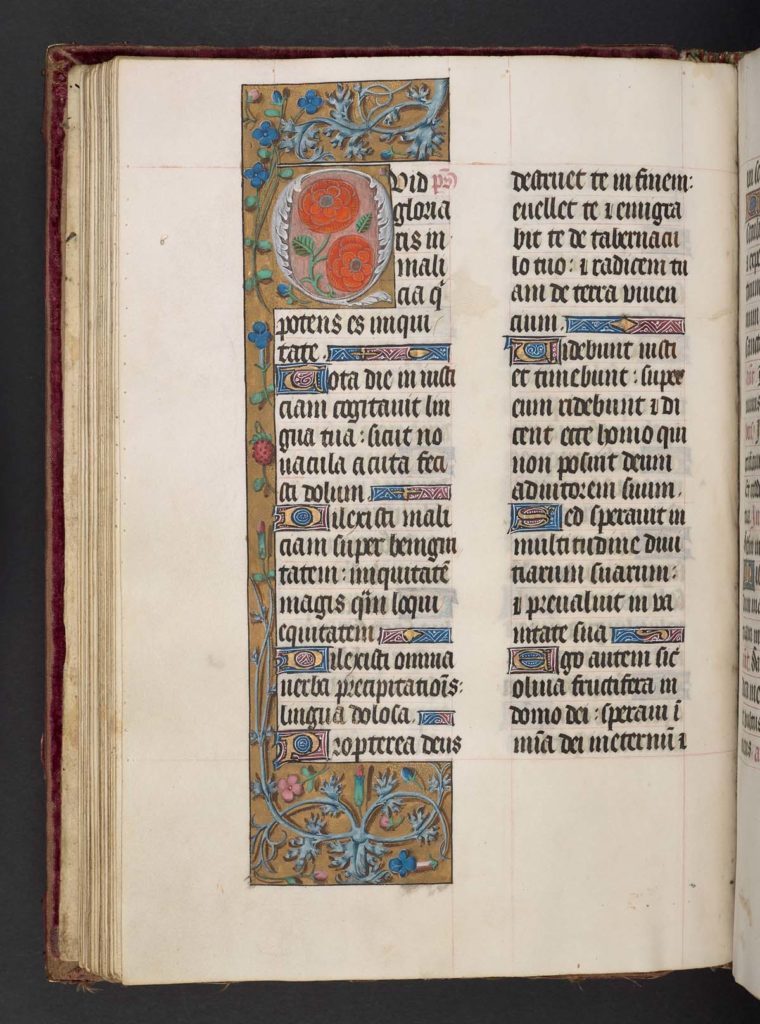 The artist, who produced both religious and secular works, is known for his contributions to a number of manuscripts, including two volumes of a Bible, made for Edward IV. The majority of these manuscripts are now in the Royal Collection in the British Library.

With 183 folios and measuring 305 x 205mm, the Lucas Psalter is relatively large, which suggests it may have been intended for use on a lectern rather than for personal devotional use. It is just one of a handful of independent Psalter manuscripts dating from the second half of the 15th century in England.

As such it offers considerable research potential. Apart from its contextual use, of particular interest is the selection and iconography of images for the major divisions of the text and the nature of the liturgical elements – the Psalms that give Psalters their name; the short texts, known as antiphons, that were recited after each Psalm in Christian worship; and hymns, written in Latin verse.

The binding of red velvet with protective metal bosses also dates to the 15th century – experts believe it would have been added around the time it was produced – and it is also in relatively good condition, adding another interesting dimension to the luxury Psalter. 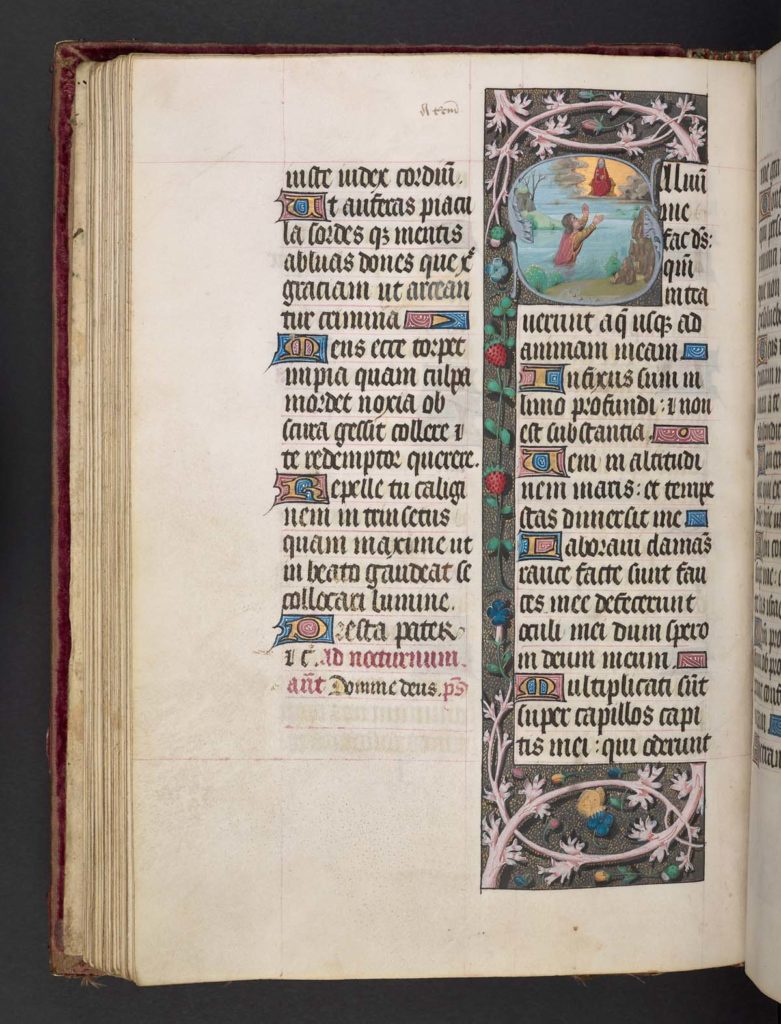 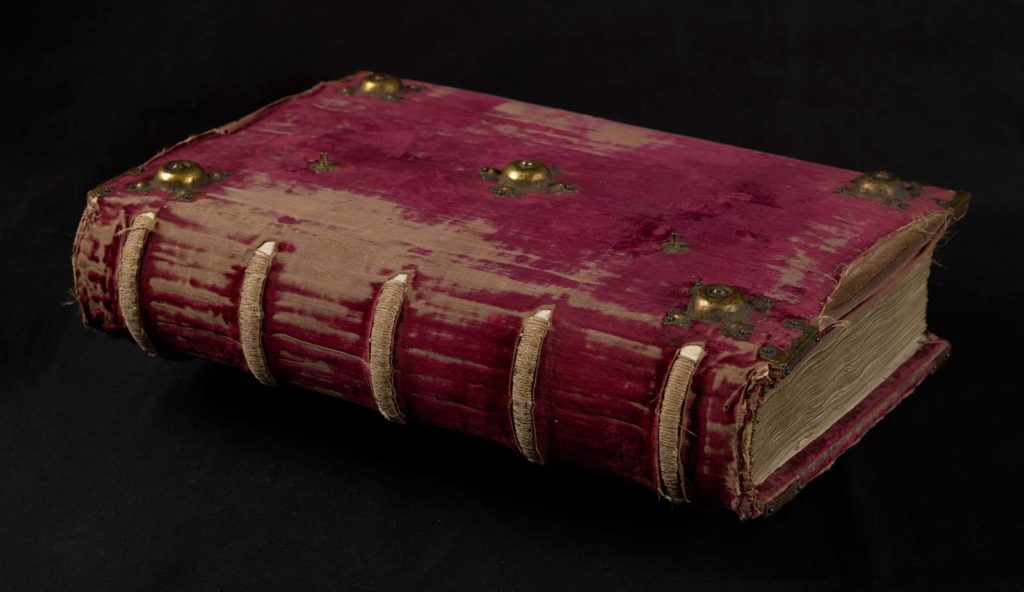 “One of the British Library’s core purposes is to build, curate and preserve the UK’s collection of written, published and digital content and we continue to acquire medieval manuscripts to enhance the national collection,” says Dr Kathleen Doyle, Lead Curator of Illuminated Manuscripts at the British Library.

“The Lucas Psalter is of clear artistic and cultural significance and tells a fascinating English story. The manuscript reveals the close links with Europe and the interests of a middle ranking figure in Tudor society.

“Lucas rose to a high office of state under Henry VII. His added arms (with those of his wife) demonstrate the distinctive and long-standing interest of English laity in the text of the Psalms.”

The plan is to now digitise the Psalter to make it freely available online for everyone at Digitised Manuscripts, where it will join another recent acquisition – the St Cuthbert Gospel (formerly known as the Stonyhurst Gospel) which is the oldest intact European book, dating to the early 8th century. The Psalter will then go on display in the British Library’s free permanent gallery, Sir John Ritblat Gallery: Treasures of the British Library.

For more on medieval manuscripts head to the British Library’s Medieval Manuscripts blog.

The British Library is the national library of the United Kingdom, and one of the world's greatest libraries. Set up in 1973, with galleries formerly in the British Museum building, it moved to its spectacular flagship new home at St Pancras in Central London in 1997. The John Ritblat Gallery:…

One comment on “The Lucas Psalter: Forgotten manuscript acquired by British Library”