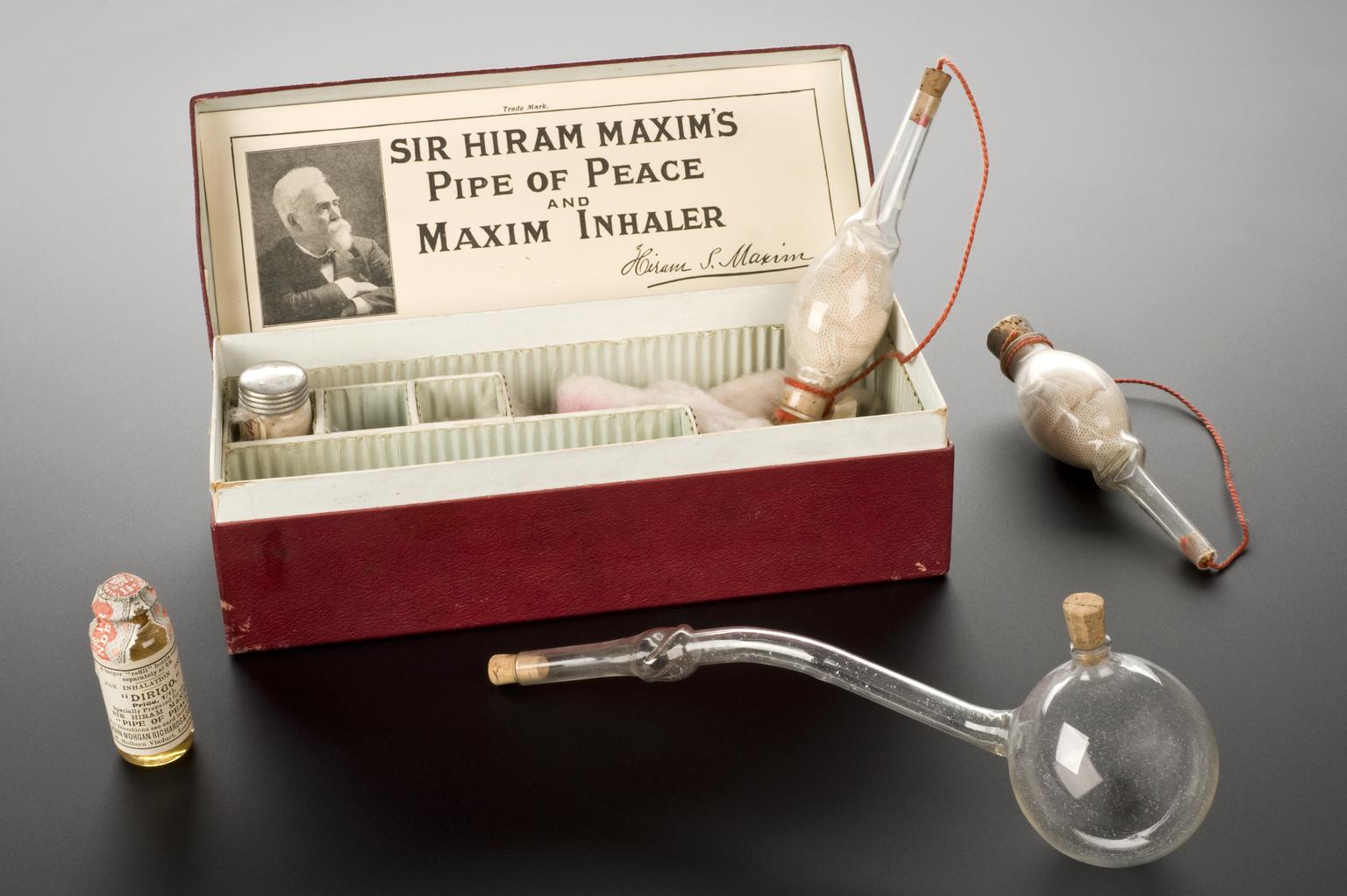 One of two boxed sets of Maxim’s inhaler, Sir Hiram Maxims “Pipe of Peace”, with drug prepared by John Morgan Richards and Sons Ltd., London, 1909-1910. © The Board of Trustees of the Science Museum (CC BY 4.0)

Who’d have thought that the inventor of the world’s first automatic machine gun would also create a device to cure and soothe the ailing masses?

Hiram Maxim was quite the inventor. His most infamous creation, the Maxim gun, was the world’s first portable fully-automatic machine gun. Designed in 1884, it was used up until the First World War.

Photograph of Sir H. Maxim © The Board of Trustees of the Science Museum

The American-born Brit had other strings to his bow though, and around the turn of the 20th century he invented a device to attempt to soothe sufferers of respiratory problems, such as bronchitis, which had plagued him for many years.

The name perhaps acting as an antidote to his far more destructive earlier adventure, Maxim’s ‘Pipe of Peace’ was claimed to cure a variety of ailments, including asthma, hay fever, colds and even tinnitus. 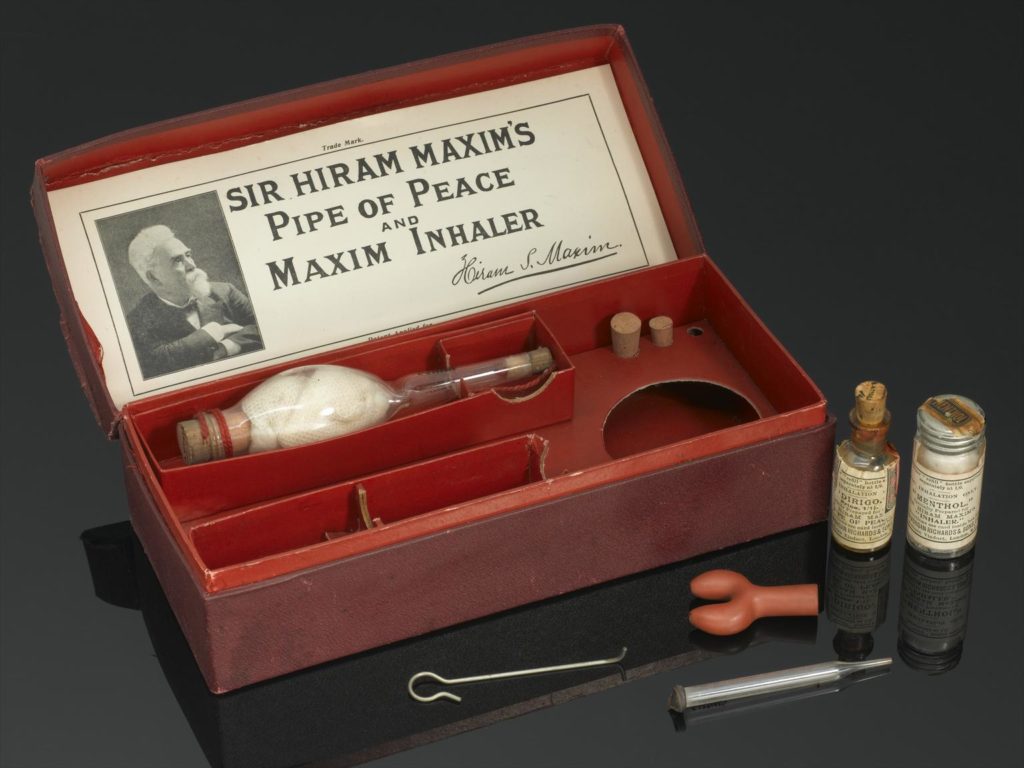 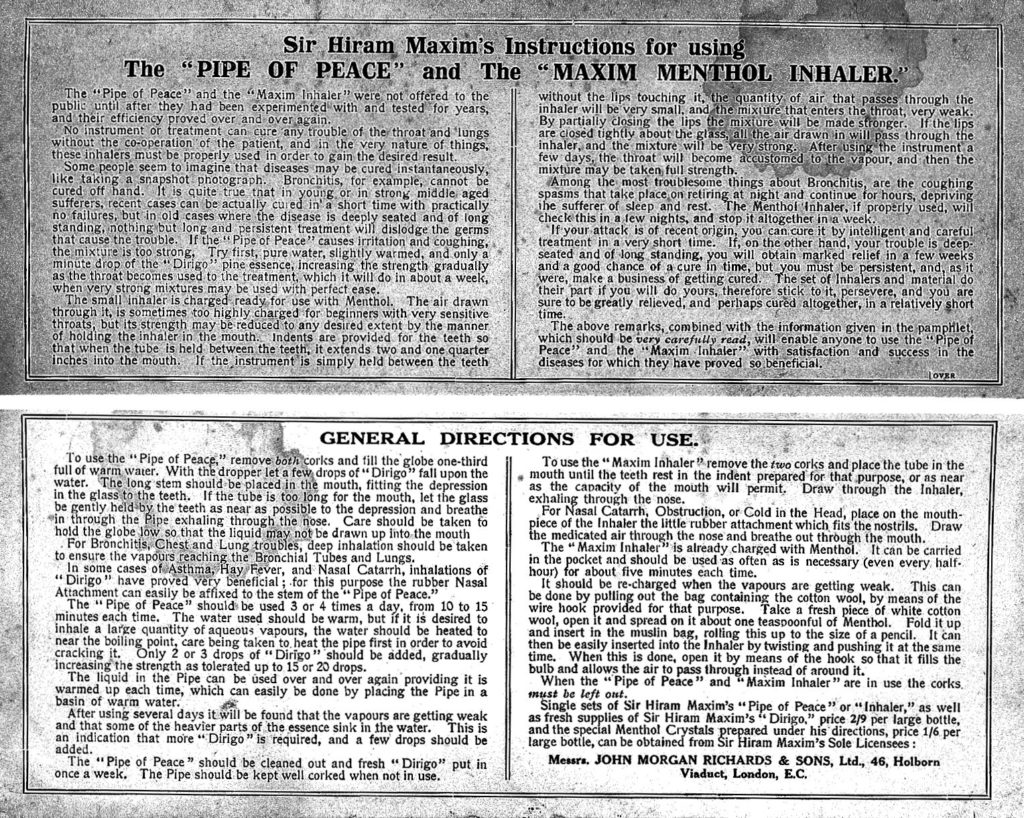 The pipe was designed to take warmed water with a few drops of soothing oils; the vapours this produced could then be inhaled by the user through an elegant glass tube. Maxim also invented his own special blend of menthol and wintergreen, which he named ‘Dirigo’ – the state motto of Maine, where Maxim was born in 1840.

Despite being accused of quackery, hundreds of thousands of Maxim’s Pipes of Peace were sold in the early 20th century.

Find this and other objects online in The Science Museum Group Collection and the Wellcome Collection Works.