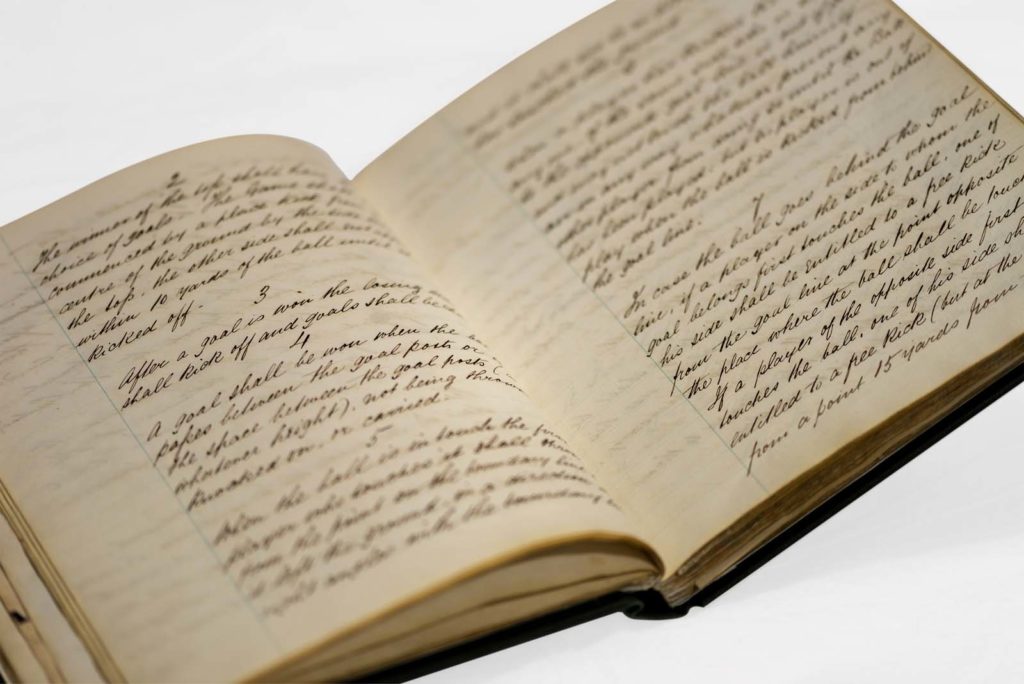 The Laws of the Game. Courtesy The National Football Museum

A hallowed manuscript which details the very birth of football will go on display at the National Football Museum, with a planned reopening of May 27 2021

Recent developments in VAR notwithstanding, football’s many rules – especially those that lead to disallowed goals, penalty shouts, handball and offside – have always been open to interpretation, particularly in the pub after a game, or in times of lockdown, in front of the TV at home.

But at the National Football Museum they are preparing for the possible return of supporters in grounds and their own post lockdown re-opening in May, by displaying the source of all this torment – the Laws of the Game.

The handwritten Laws of The Game date from 1863 and contain the very first laws of football – the origins of the global sport played and watched by millions of fans today. It is generally agreed to be the most significant book related to football.

Little wonder then that the Manchester-based museum calls it the ‘Magna Carta’ of the beautiful game. Without this great charter of agreed rules, the world would be without its most popular sport.

The 1863 Minute Book features the 13 original Laws of association football written by Ebenezer Morley, the first secretary of The Football Association, which formed in October 1863 with the aim of creating a single set of laws.

Morley was a solicitor by trade who liked hunting with hounds, but he was much more than an establishment figure with an inclination towards law and order. As founder and captain of Barnes Football Club he experienced a match in 1862 against local rivals Blackheath FC that was so brutal that it was more akin to rugby crossed with martial arts than the beautiful game. Today Blackheath are indeed a Rugby Club, but back in 1862 Morley’s encounter with them not only left him considering himself lucky to be alive but also determined to establish some ground rules. 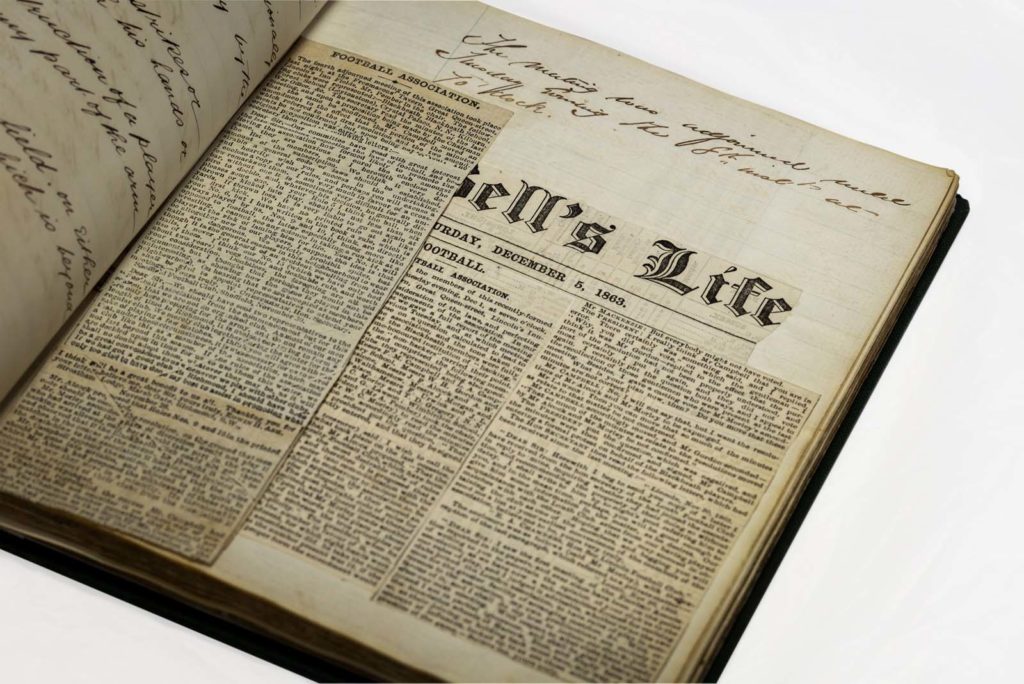 The Laws of the Game will go on display at the National Football Museum in May.

After the bruising encounter he penned some guidelines designed to make the game simpler and safer. Among them was this guidance: “Neither tripping nor hacking shall be allowed and no player shall use his hands to hold or push his adversary.”

Other conventions established by Morley’s Rules include handball, goal posts eight yards apart (which they still are today – although in the 1860s there was no crossbar) and what might be considered the beginnings of that most heated topic of conversation, “offside”.

“When a player has kicked the ball any one of the same side who is nearer to the opponent’s goal line is out of play and may not touch the ball himself nor in any way whatever prevent any other player from doing so until the ball has been played; but no player is out of play when the ball is kicked from behind the goal line.”

On a more pragmatic and fathomable note, Morley also forbade the use of projecting nails and iron plates on boots, and established new kick-offs after a goal had been scored.

Football still ignites the passions, but things have moved on since Ebenezer Morley’s day. Anyone who has watched full-team brawls or Leeds vs Chelsea in the early 1970s on YouTube or been involved in a Sunday league bust up, may beg to differ.

As long as government restrictions allow, the National Football Museum will reopen on May 27 2021, with a range of new exhibits charting the history of the beautiful game. Tickets go on sale early April.

The National Football Museum in Manchester is the world’s biggest and best football museum. An essential part of any visit to the city, the national celebration of the national game offers free entry, and is open 7 days a week. The museum explores the cultural and social impact of the…