The Royal College of Physicians in London is exploring the legacy of William Harvey, the man who figured out how the heart and the body actually works

The Royal College of Physicians has a track record for plucking fascinating characters from the world of maths, magic and medicine and making absorbing object and story-strewn exhibitions about them.

The latest in this line, which has included Elizabethan alchemist John Dee and the seventeenth century polymath Thomas Browne, is William Harvey (1578 – 1657), a man regarded by many as being important to the development of medicine as Newton was to physics and Darwin to biology.

A doctor and anatomist, Harvey’s knowledge and discoveries are credited with putting “the heart at the very centre of human life.”

It was Harvey’s ground-breaking experiments – most of which took place during the revolutionary maelstrom of the English 17th century – that overturned almost 2,000 years of medical theory. Most importantly he revealed that blood was not ‘concocted in the liver’, but circulated from the heart; a discovery that changed the conception of physiology, and life itself, forever. 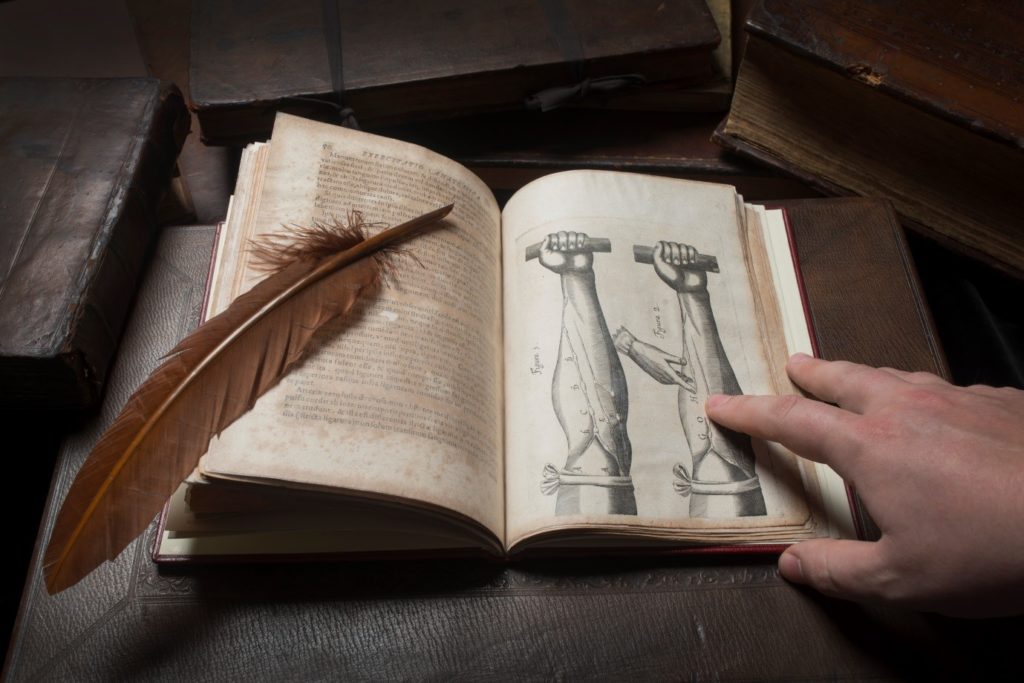 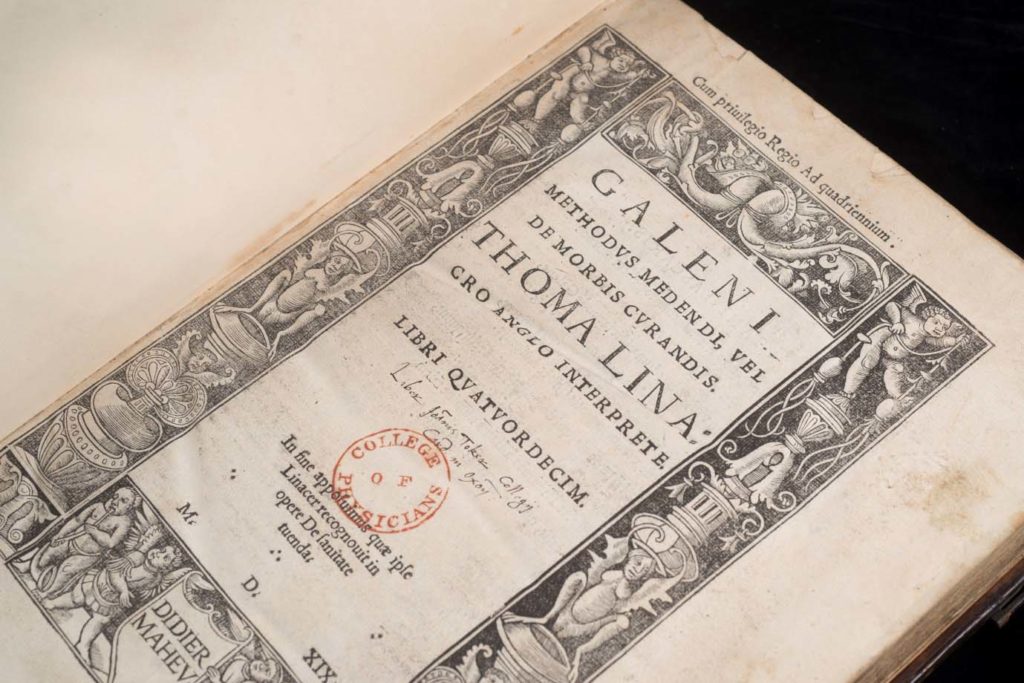 Among the many medical disciplines that came in the wake of Harvey’s discoveries are cardiology and modern haematology; they also led to the slow death of the ancient ‘cure’ of blood-letting.

As the first person known to have offered a complete and detailed description of the circulation and properties of blood, and the central role of the heart as the pump and motor of this system, Harvey was accepted as a candidate of the Royal College of Physicians, the oldest medical college in England, on August 7 1604 and elected a fellow on May 16 1607.

Today, some 360 years after his death, Harvey’s portrait looks down on all the RCP’s new members at their graduation ceremonies and his name and bequest has made the college and its library the fascinating holding that it is today.

Harvey was dedicated to collecting and learning, and the sharing and dissemination of knowledge and he left lands, a library, museum and endowments to the Royal College of Physicians, and although much of it was lost in the Great Fire of London, the intellectual legacy remains. There’s even a post of ‘Harveian Librarian’ who oversees the RCP’s collections and a series of annual ‘Harveian Orations’ delivered by the RCP’s most eminent and learned members.

So it’s fitting that that this exhibition dissecting the remarkable doctor’s work forms part of the organisation’s 500th anniversary celebrations, marking its foundation in 1518. 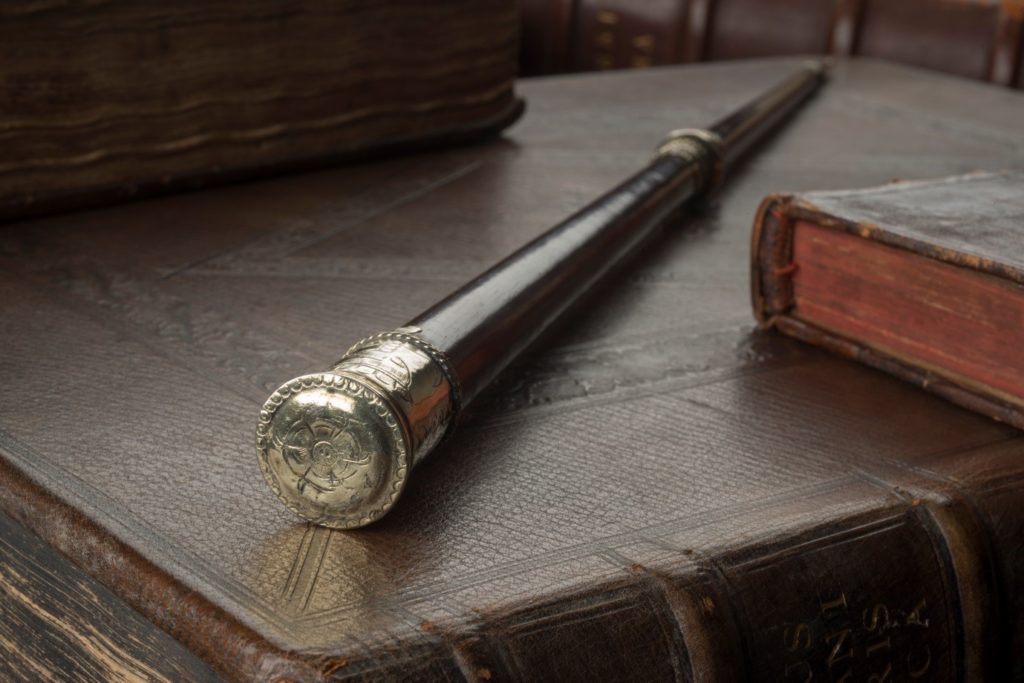 From the Royal College of Physician’s own impressive collections come antique copies of works by the long-established medical authorities of Harvey’s time.

A 16th century volume of the ancient Greek physician Galen, advancing his theories of blood, sits side by side with a version of the pioneering medieval anatomist Mondino de Luzzi’s guidebook to dissection from the 15th century.

A selection of Harvey’s rare remaining personal effects are also on display, including his original Diploma of Medicine, awarded by the University of Padua in 1602, the demonstration rod he used during his lectures and letters written in his own hand.

Harvey changed the way in which knowledge was amassed and advanced forever.

In a case shared with a striking cast of the human heart, on loan from London’s Hunterian Museum, are the exhibition’s most vital objects: Harvey’s seminal publication, de Mortu Cordis, in a first edition of 1628 and the first English language version published in 1653.

In these two works, rarely seen in their original form, William Harvey quite simply transformed the way in which we understand the human body and its processes.

“At the Royal College of Physicians we have never stopped celebrating the life and remarkable works of William Harvey,” says Curator Matthew Wood.

“His discoveries revolutionised our understanding of physiology and medicine, but how he arrived at them – through careful, detailed and diligent experimental science – changed the way in which knowledge was amassed and advanced forever.” 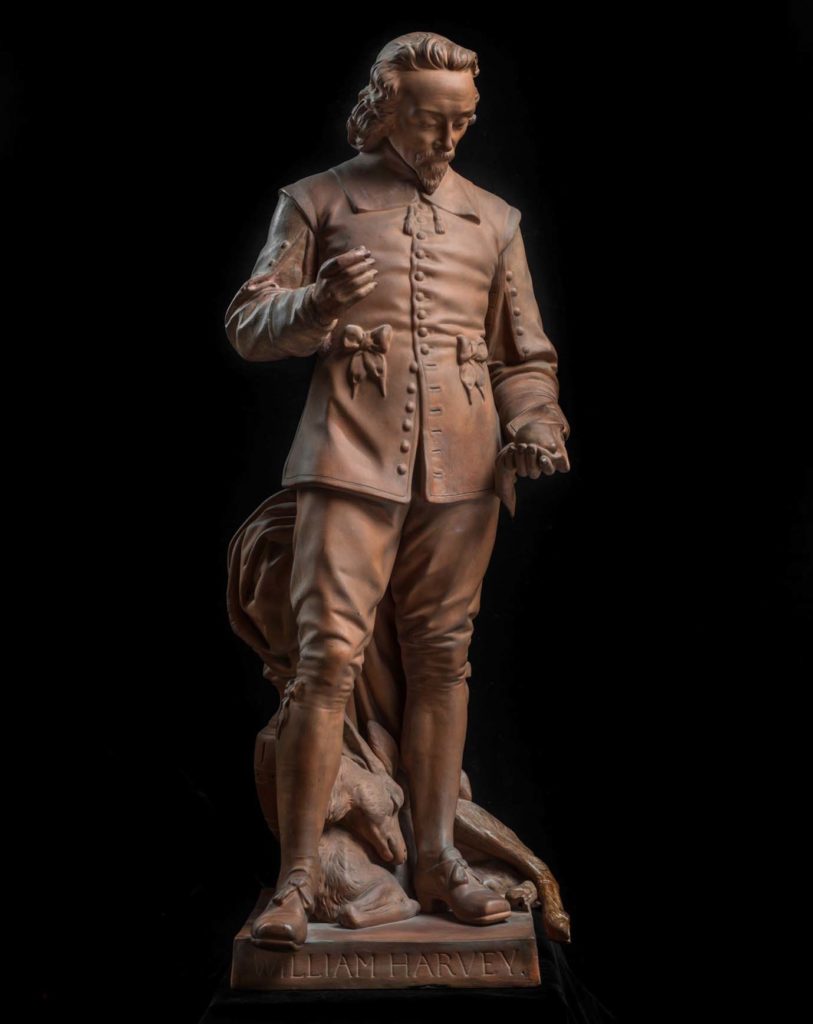 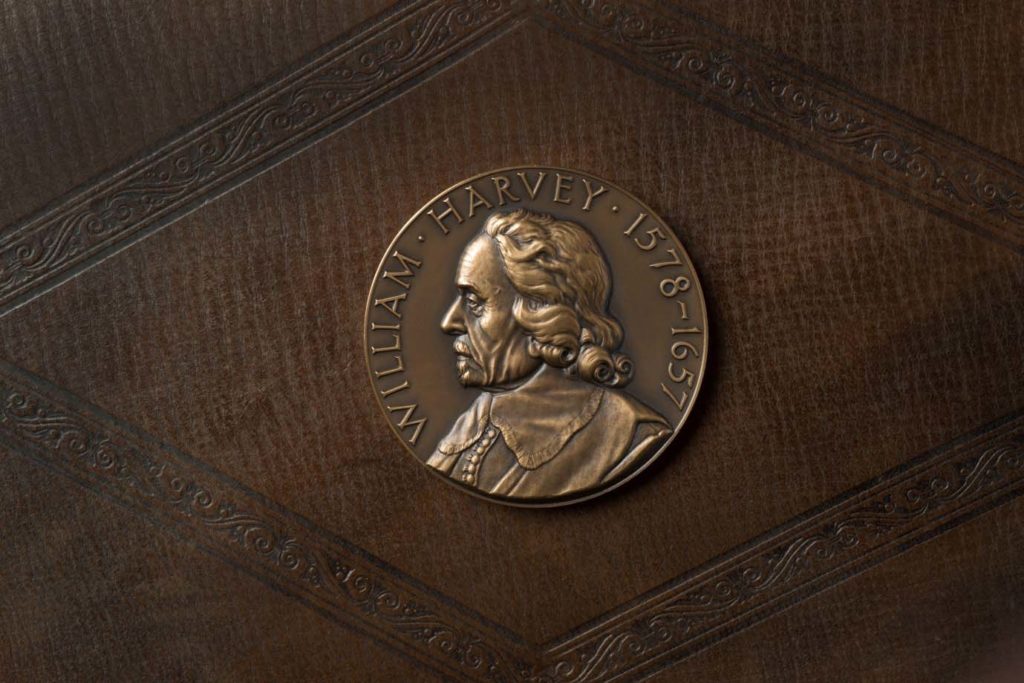 As a selection of 17th century texts on display reveals, reaction at the time was mixed. Books and prints from the birth of the age of enlightenment tell the story of initial hostility giving way to an acceptance and appreciation of Harvey’s ground-breaking experimental science.

The texts join an array of images of Harvey from his own time and after, including the famous Daniel Mijtens’ portrait on loan from the National Portrait Gallery and a contemporary response which will be developed alongside the exhibition by artist Angela Palmer.

Visitors can also see a selection of important ‘Harveian Orations’, given annually across the centuries at the Royal College of Physicians in the great man’s honour. From 1755, Robert Taylor explains the benefits of smallpox inoculation, decades before Jenner would develop a vaccine. In 1985 Dame Sheila Sherlock, the founder of the modern specialism of hepatology, became the first woman to deliver the lecture.

So why isn’t Harvey’s name better known beyond the world of medicine? Certainly in bringing together a range of wonderful objects from Harvey’s age and after the RCP is doing its bit to present a vivid picture of the man, his work and ongoing legacy.

“In so doing,” adds Wood, “we truly hope that the wider world will come to appreciate and admire William Harvey, and his enormous achievements, as much as we do.”

Ceaseless motion: William Harvey’s experiments in circulation’ runs at the museum of the Royal College of Physicians from January 19 to July 30 2018. The exhibition and permanent collection are open Monday to Friday 9am to 5pm. Admission Free.

The Royal College of Physicians is the oldest medical college in England. Since our foundation by royal charter of Henry VIII in 1518, the RCP has built up magnificent collections of books, manuscripts, portraits, silver, and medical artefacts. Visit us to experience extraordinary historical and ceremonial spaces set inside a…

3 comments on “The man who put the heart at the centre of human life: Celebrating William Harvey”