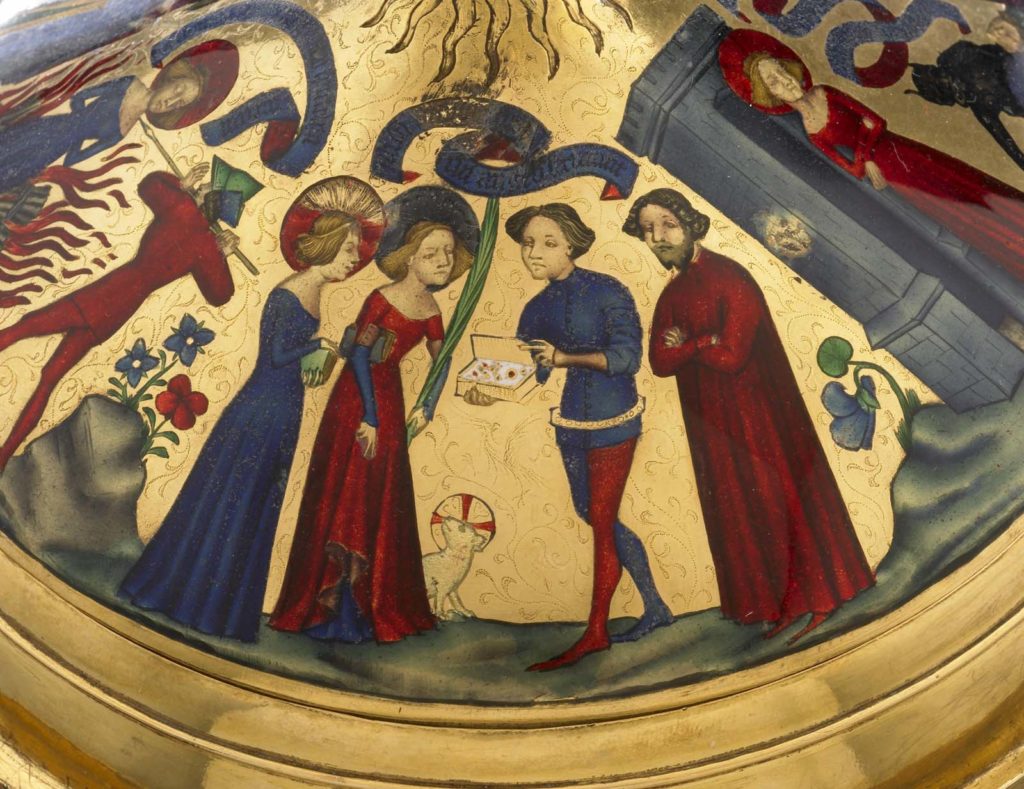 The lid of the Royal Gold Cup © The Trustees of the British Museum use under (CC BY-NC-SA 4.0)

The legend is all about St Agnes, a Christian martyr propositioned by the son of a Roman Emperor in the early 4th century. He’s offering her a box of gifts, which was a traditional method of courtship, with his father standing behind him looking on.

In the next scene we see she rejects his advances and is incarcerated in a brothel for her trouble, where the son Procopious tries to rape her. A devil swoops down and kills him, but in her virtuousness she brings him back to life.

As a result of doing this she is accused of witchcraft and burnt, but even then the flames part, so they thrust a spear into her neck… Her burial is shown in the bowl. A nice, gentle story really.

It can’t travel because it’s a very delicate piece and mustn’t be subject to vibration. It’s solid gold, inlayed with transparent enamel, which is laid on very thin fields so that the gold and silver shines through and gives it a real iridescence. 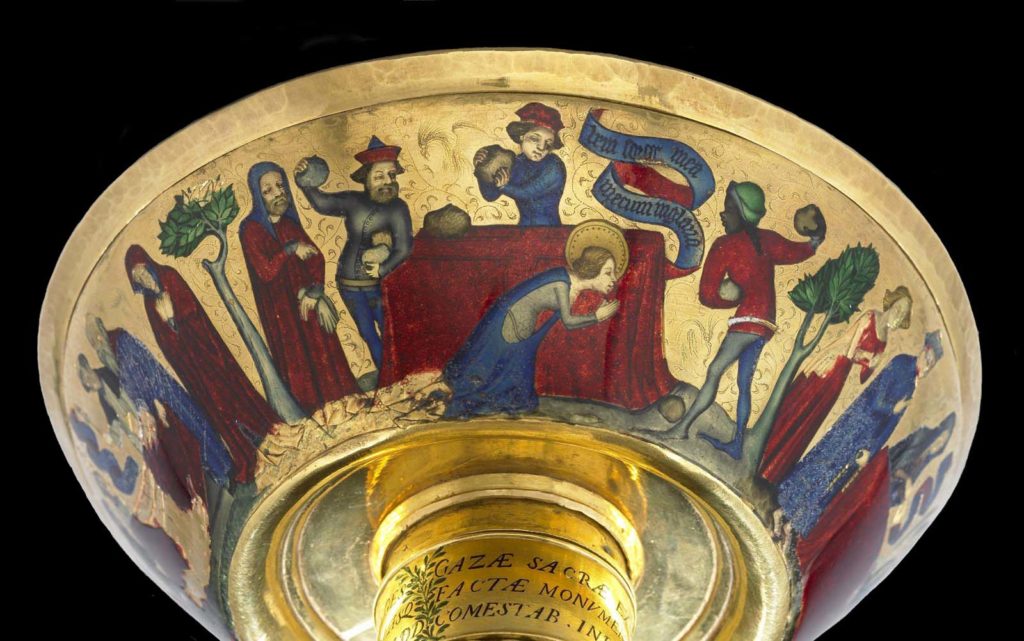 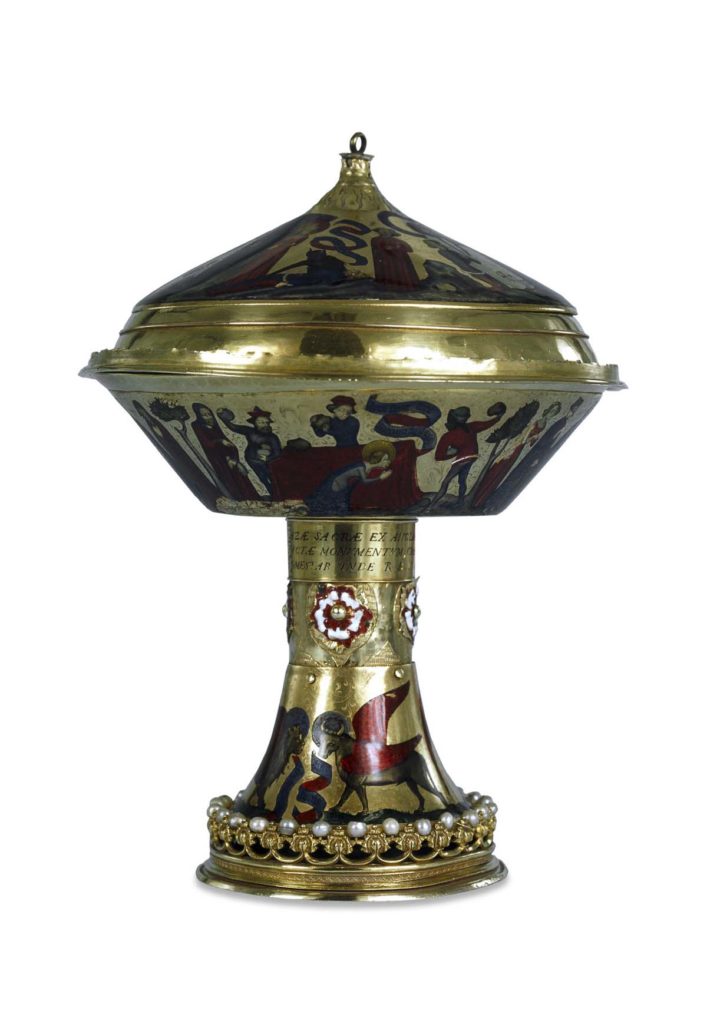 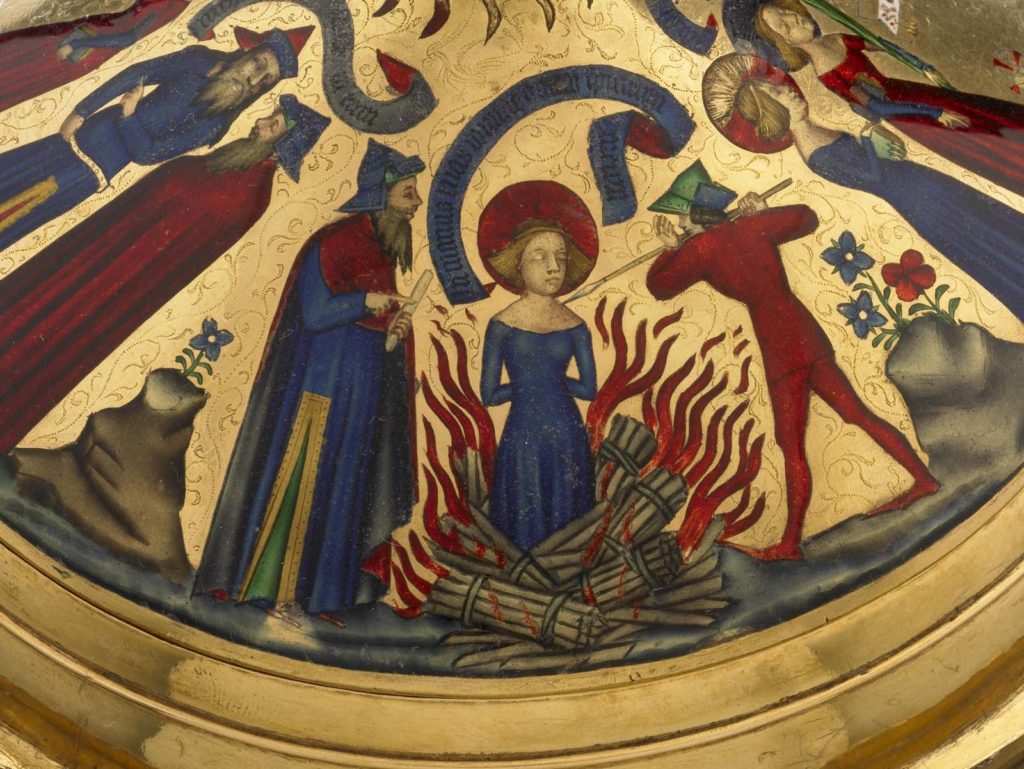 Henry VII inserted figures and James I put an inscription on top of the lid, giving it a rim of pearls, which was taken off at some point.

It was originally commissioned in France in 1380 and made in Paris by Jean duc de Berry as a present for Charles V, whose birthday – January 21 – fell on St Agnes’ Day, but he died before he could receive it, so it was given to Charles VI of France.

In 1435 it was acquired by John, Duke of Bedford, and then James I gave it to the Ambassador of Spain as a symbolically important gift in 1604. Velasquez left it to a convent in Spain, and they were hard up, so they probably reused it.

They were the ones who first took it to Paris, where it reappeared on the market in the 1880s. The Parisians dismissed it as a fake, but in 1892 the British government allocated treasury funds to the effort to acquire it.

It cost £8,000, which was a huge amount of money in those days, and it was the first publicly-funded artwork bought for the nation, giving rise to the Art Fund. 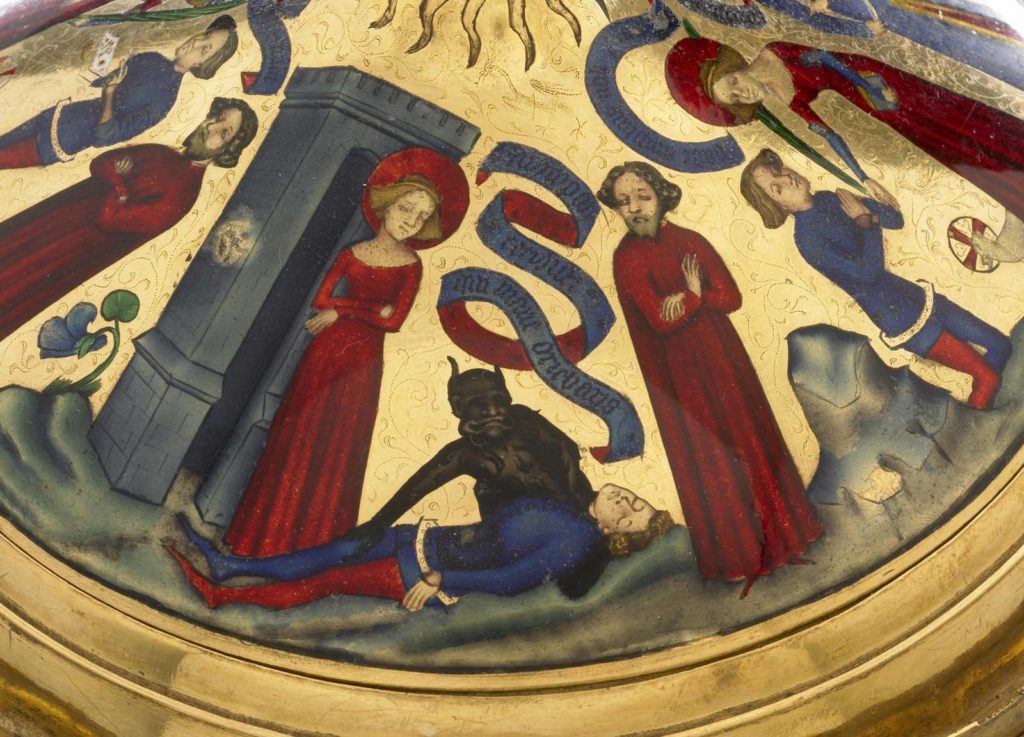 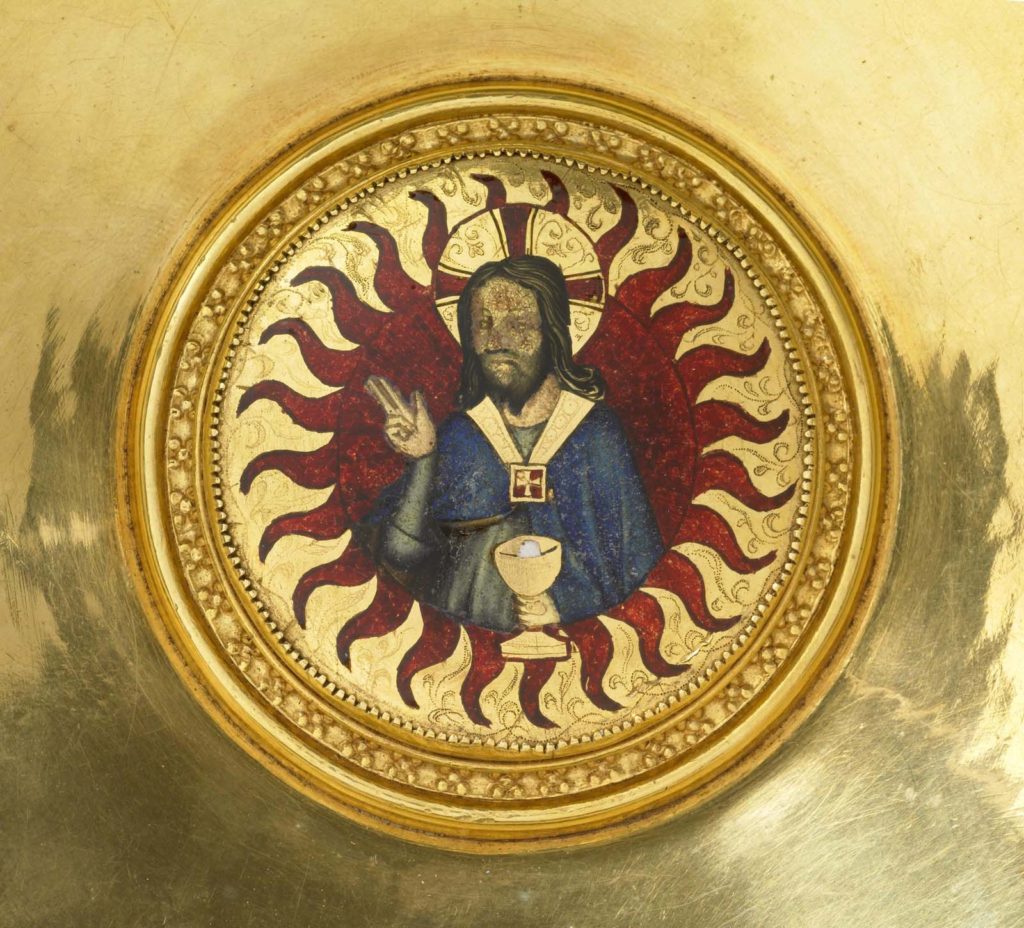 Sir Augustus Wollaston Franks, who was a very rich man of the era, invited some of his well-to-do friends to help out. It would probably have ended up at the Metropolitan Museum in New York, otherwise.

We’ve cleaned it and kept it environmentally monitored. The composition of the enamel is almost unique… it’s almost programmed to self-destruct, because it can’t stop accruing materials.

But it’s possibly the most accomplished piece of goldsmith work of the time, which shows that the concept of them being incapable of capturing the same quality as later practitioners was a real misinterpretation.

It’s just so sophisticated, from the figure of St Agnes holding a lamb to all the tiny red and blue layers and the birds in the background – it makes you wonder why the artists would make it so difficult for themselves.

This story was first published on Cutlure24.org.uk