We have some weird, wonderful and decidedly spooky things in the Science Museum Group collections, so for the creepiest day of the year let’s take a trip to the basement and remember to bring the holy water. 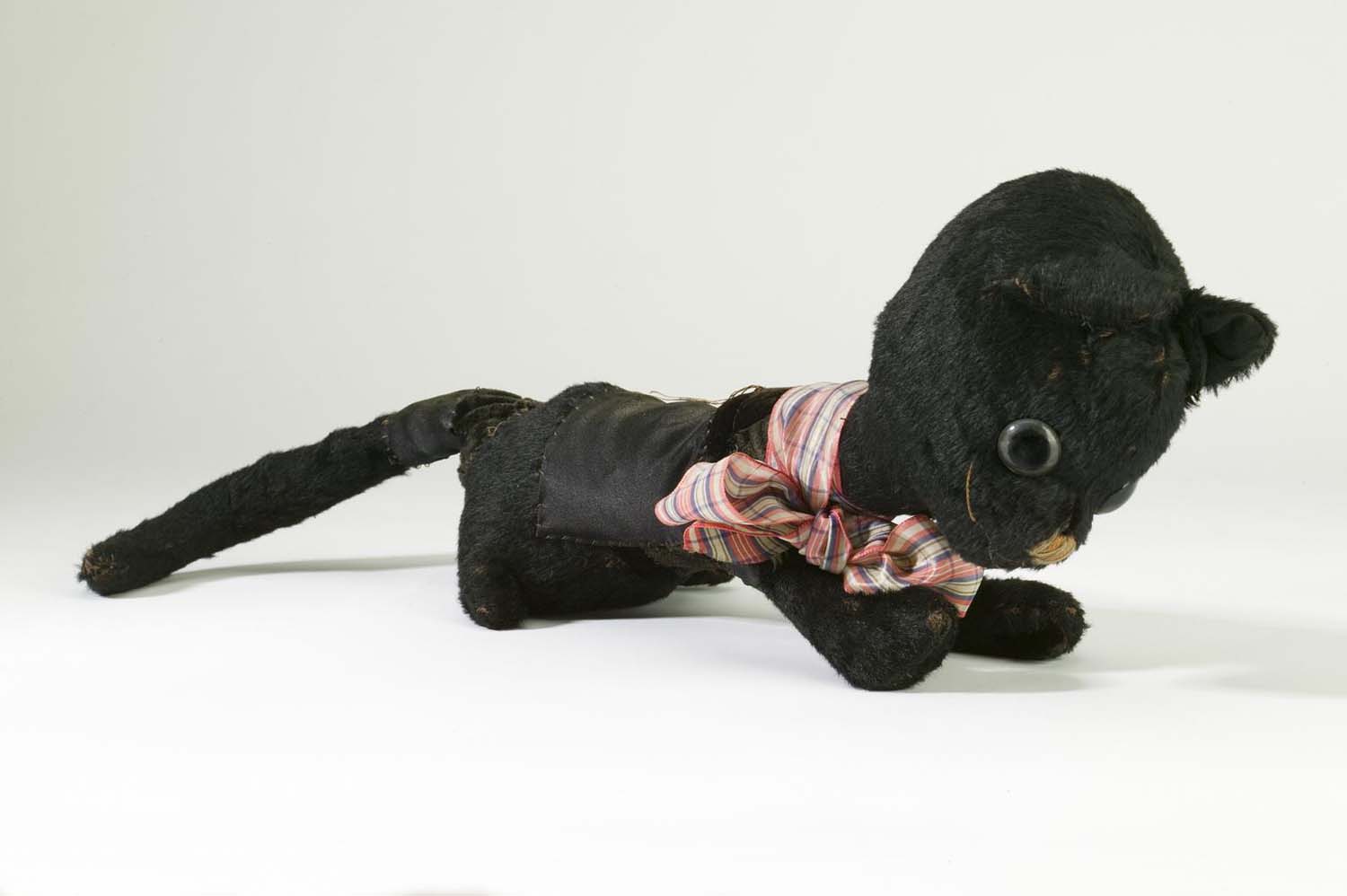 Witches are often pictured with a black cat in tow and lots of people are superstitious about these furry familiars. This could be the reason that black cats often take longer to re-home from animal shelters. However, local-hero pilot Jack Alcock took this little cuddly critter on the first ever non-stop Transatlantic flight as a good luck charm – he didn’t do it on a broomstick or a hoover though, he used a modified First World War Vickers Vimy bomber. “Lucky Jim”, as the cat is known, can be seen on display in the Air and Space Hall here in Manchester.

For more black cats in the collections, check out this blog by meow-keting assistants, Burnie and Kitty. 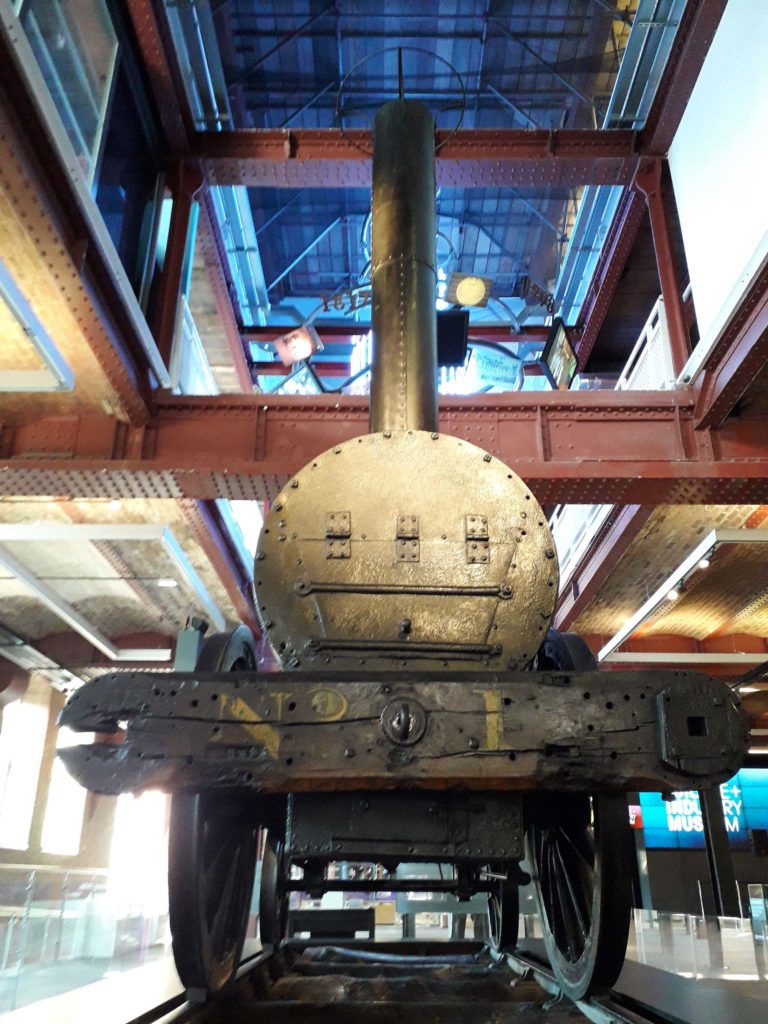 Rocket in Manchester. © The Board of Trustees of the Science Museum

Jason, Freddy, Norman Bates… Rocket? Yes, everyone’s favourite iconic early steam engine is a serial killer worthy of its own slasher flick. On the opening day of the Liverpool and Manchester Railway in 1830, this demon machine famously ran over MP William Huskisson who died later that day from his wounds. Then, just a month later, Henry Hunter was projected under the wheels when the axle broke. Unsurprisingly, he was ‘found to be quite dead’. So, if you hear a creaking of pistons and perhaps a distant, wailing ‘choo, choo’ when you’re visiting, take a tip from us and run!

Rocket is on display in our Revolution Manchester Gallery until summer 2019. 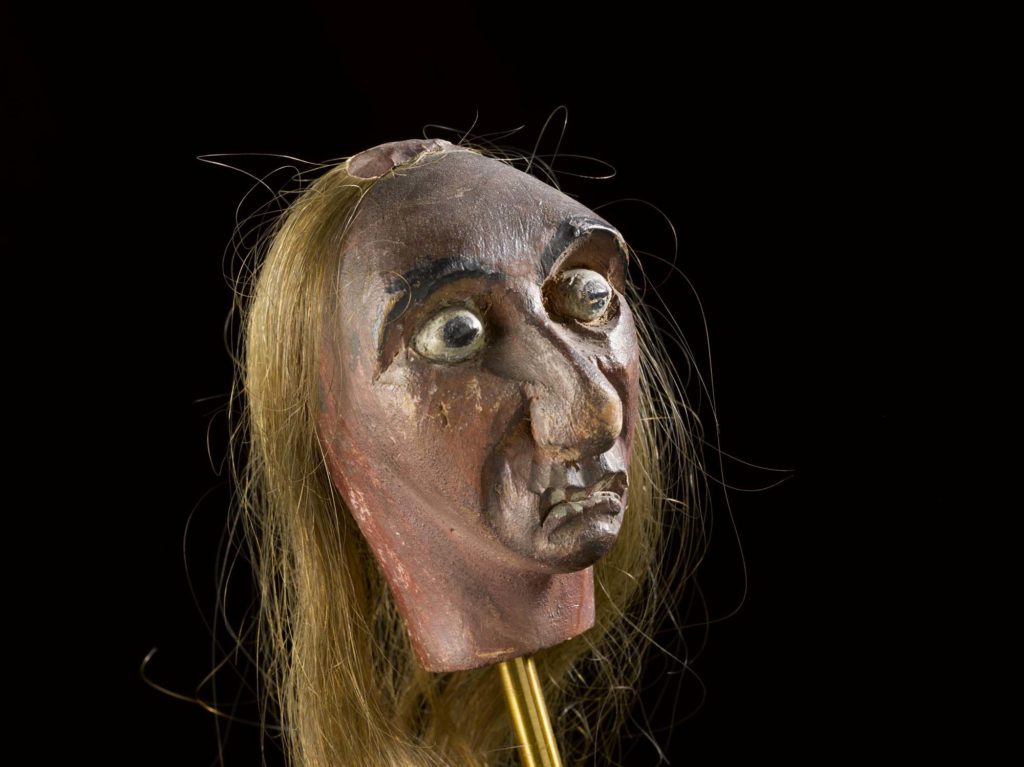 Hair raising electricity. © The Board of Trustees of the Science Museum

Currently on display in Electricity: The spark of life, this handsome fella was used by turn-of-the-century scientists to teach the public about static electricity. The entertainer/demonstrator would charge up the metal pole by rubbing it between their hands then the power would travel up to the head and cause the hair to stand on end. For a final creepy twist in the tail? The hair is human. 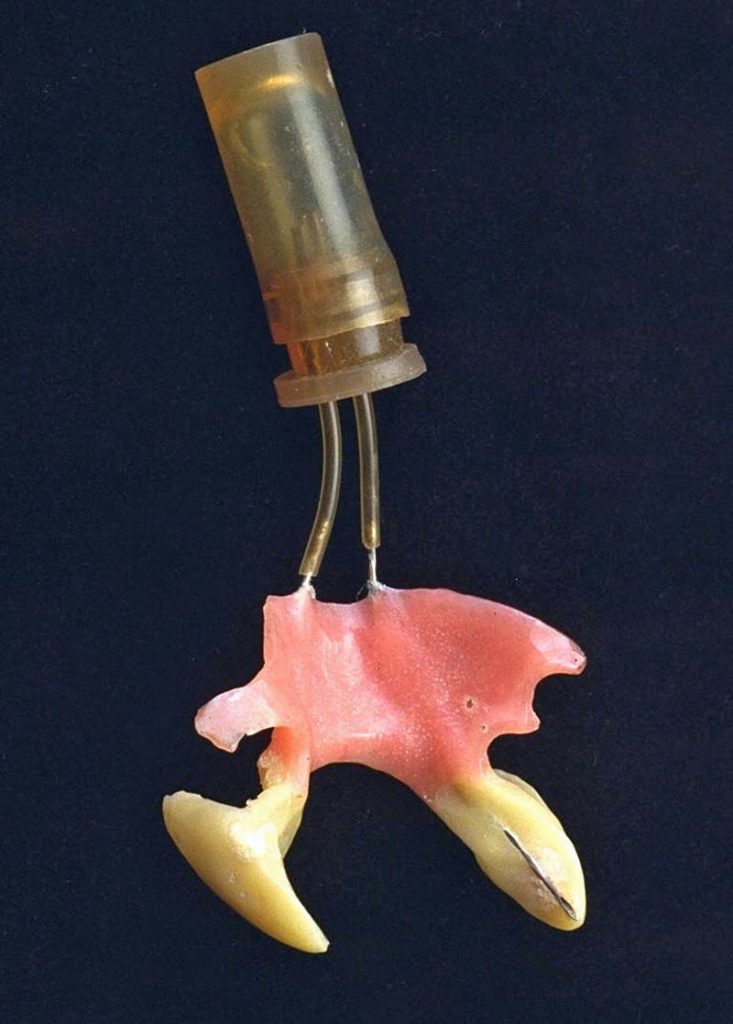 Dracula’s fangs designed for and worn by Christopher Lee. © The Board of Trustees of the Science Museum

Crack out the garlic and the wooden stakes for the ultimate vamp. Forget the sparkly blood suckers of Twilight – if you were a creature of the night back in the 50s, 60s and 70s there was only one Dracula, and it was Christopher Lee. These teeth, used in 1958’s ‘Dracula’, are a perfect example of how old-school visual effects could use simple techniques. Fake blood was kept in the reservoir and then when Lee pressed it against the roof of his mouth it would drip from the end of his fangs. It must have been pretty annoying to wear but it made for a perfect celluloid bite.

The fangs are part of the Hammer Collection, held by our sister museum in Bradford, the Science and Media Museum. 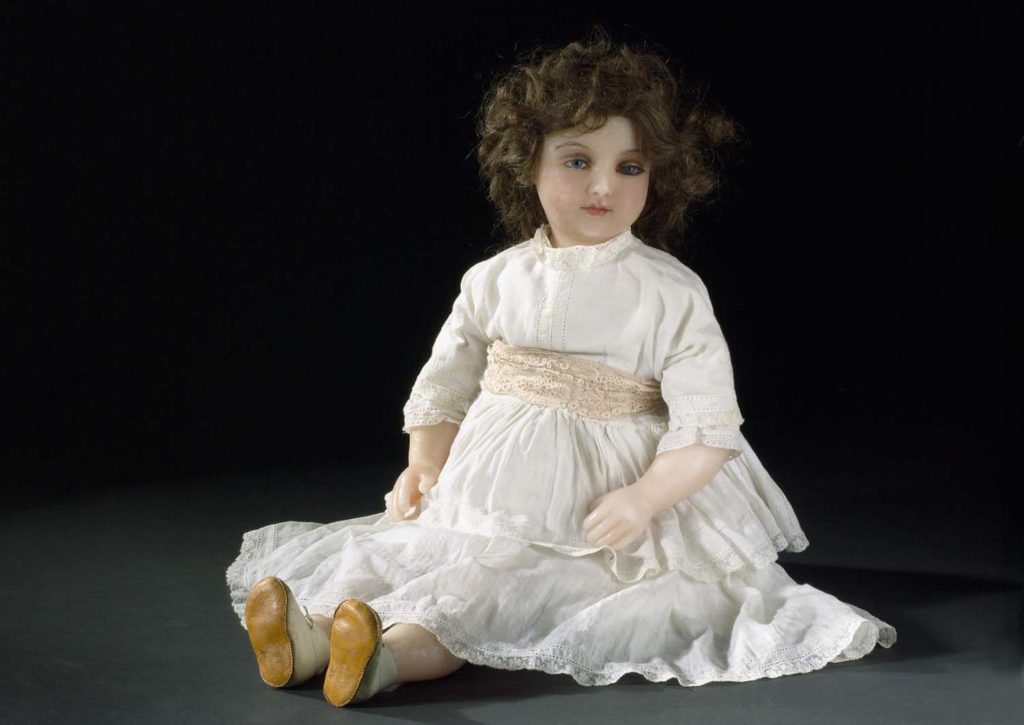 Victorian wax doll. © The Board of Trustees of the Science Museum

It’s all fun and laughs but then you get the fear that hunk of plastic in the corner or the guy in the big shoes might be secretly hiding a seriously stabby vibe. Why? How come these things like this doll and this clown, that are supposed to bring us joy, actually give us the creeps? Part of the answer might lie in their human but not quite human enough faces. The snappily named ‘uncanny valley’ concept, first proposed by the Japanese roboticist Masahiro Mori in 1970, suggests that we find robots, dolls and models unsettling when they resemble humans, but not quite convincingly enough to fool us. There are a lot of factors, and popular horror icons such as IT and Chucky don’t help, but as robotics and body modification become a bigger part of society, this theory may help explain why these things make us feel so uncomfortable.

Is there anybody there? 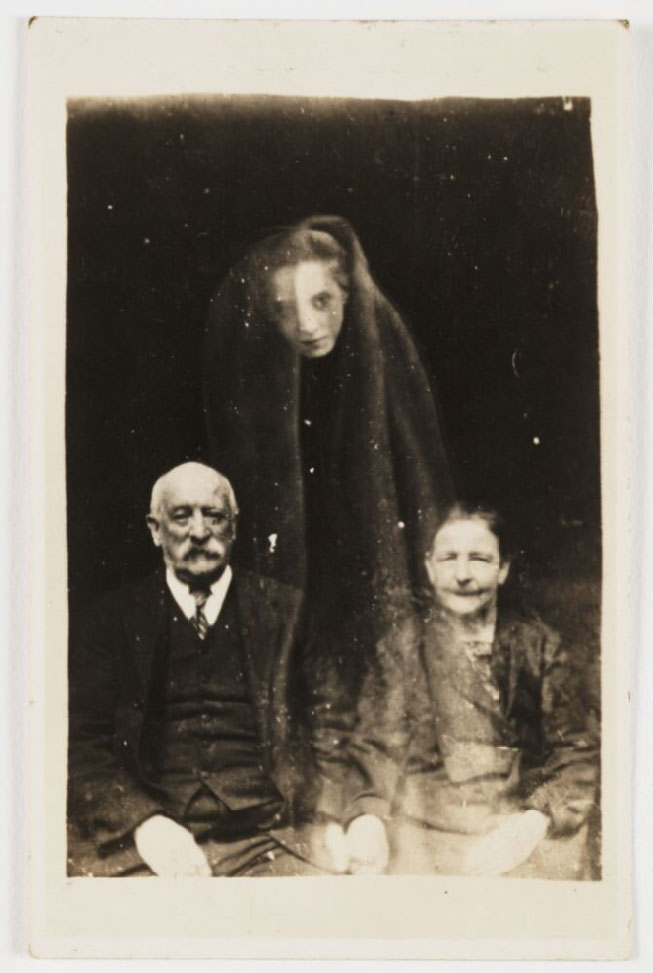 Elderly couple with a young female ‘spirit’. A portrait photograph of a seated elderly couple, possibly taken by William Hope (1863-1933) in about 1920. Science Museum Group Collection © The Board of Trustees of the Science Museum

If you could talk to a loved one who had passed, would you? How about have a photo with them? These pictures may seem pretty hokey to those of us who live in a world of virtual reality and super special effects but for people whose newest technological leap was the stills camera these spoke to a need we still share today – to communicate with the dead. Indeed, even after the photographer, William Hope, was found to be using double and triple exposure to create the illusion, he continued to practice. Perhaps, even these fake spirits gave comfort to families they so deeply needed.

You can read more and see several other examples on this blog from the Science and Media Museum or see Museum Crush’s own homage to this wonderful collection.

This article also appears on the Museum of Science and Industry’s blog read this and other articles by Kate Campbell Payne here.