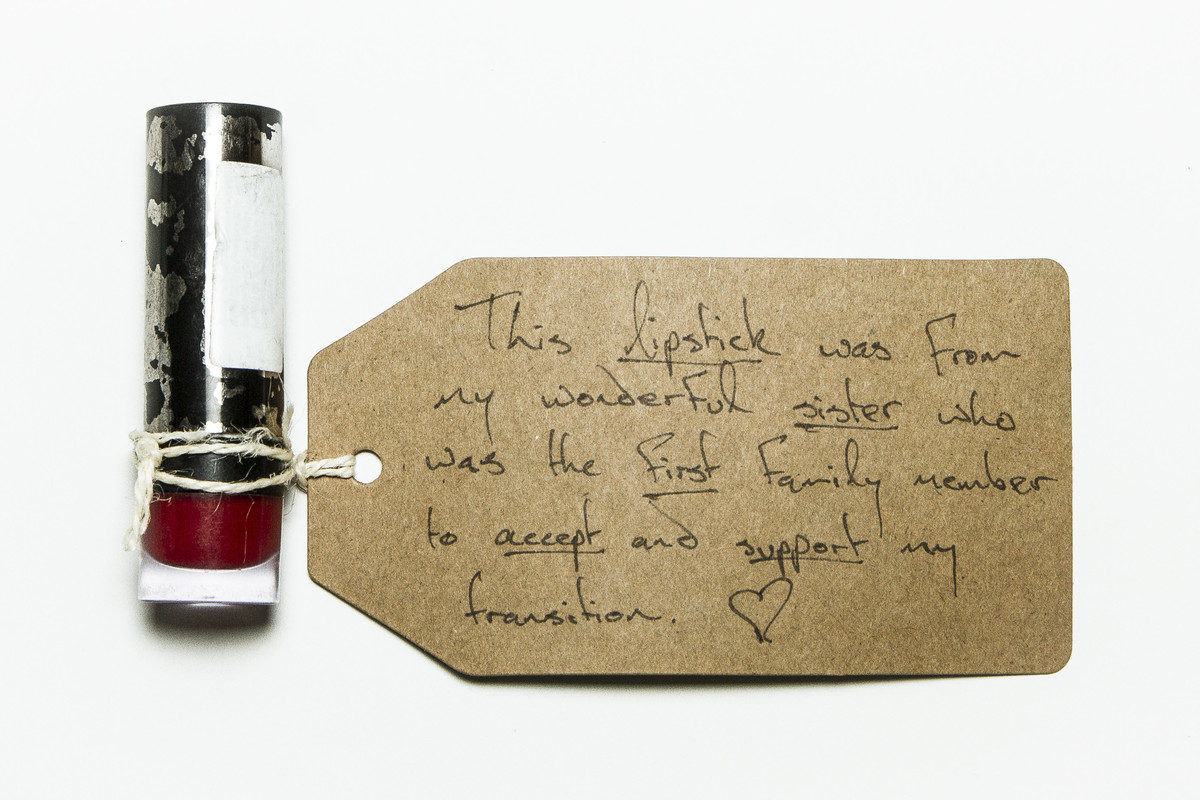 First lipstick by Katy Davies, © Fashion Space Gallery. “This lipstick was from my wonderful sister who was the first family member to accept and support my transition.”

Rachelle Foster talks to E-J Scott, dress historian and curator of the Museum of Transology at Brighton Museum and Art Gallery

Historically, Brighton has been the spearhead of the LGBTQ+ movement in the UK, having one of the largest queer communities in the country. So it comes as no surprise that one of the largest collections of artefacts representing UK transgender people, the Museum of Transology, opened in the seaside city last year.

The intimate collection comprises over 250 contemporary crowd-sourced objects from all over the UK. Together they make for an emotive display, challenging the idea that gender is fixed, binary and biologically determined.

Most of the items are accompanied by a handwritten narrative by their donator detailing their personal and self-determined gender journeys. 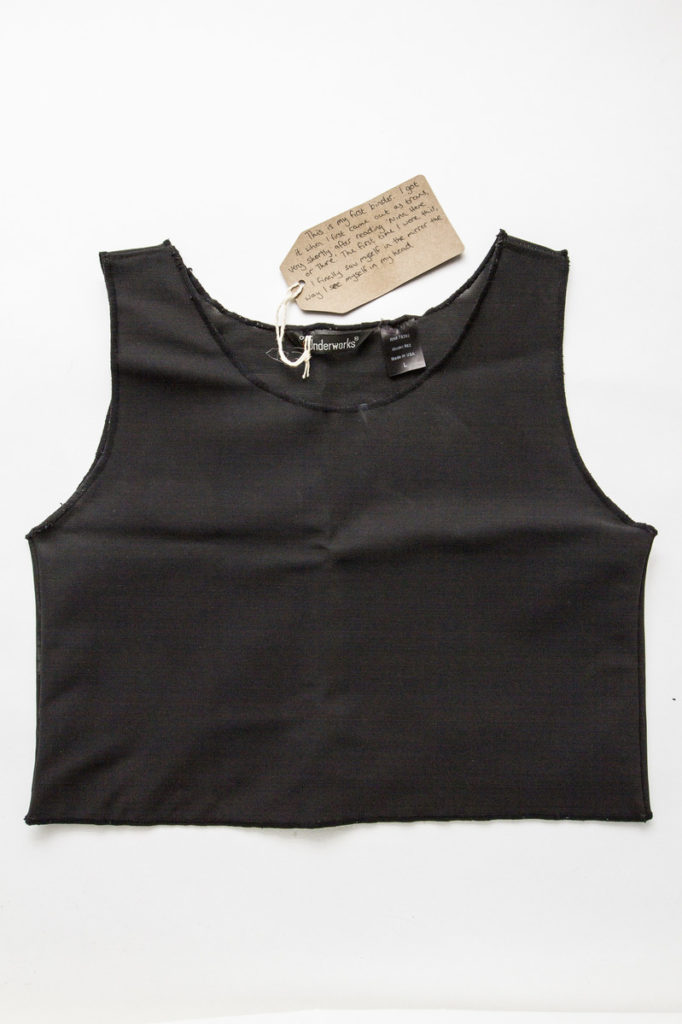 First binder by Katy Davies, © Fashion Space Gallery “This is my first binder. I got it when I first came out as trans, very shortly after reading ‘Nina Here [N]or There.’ The first time I wore this, I finally saw myself in the mirror the way I see myself in my head” 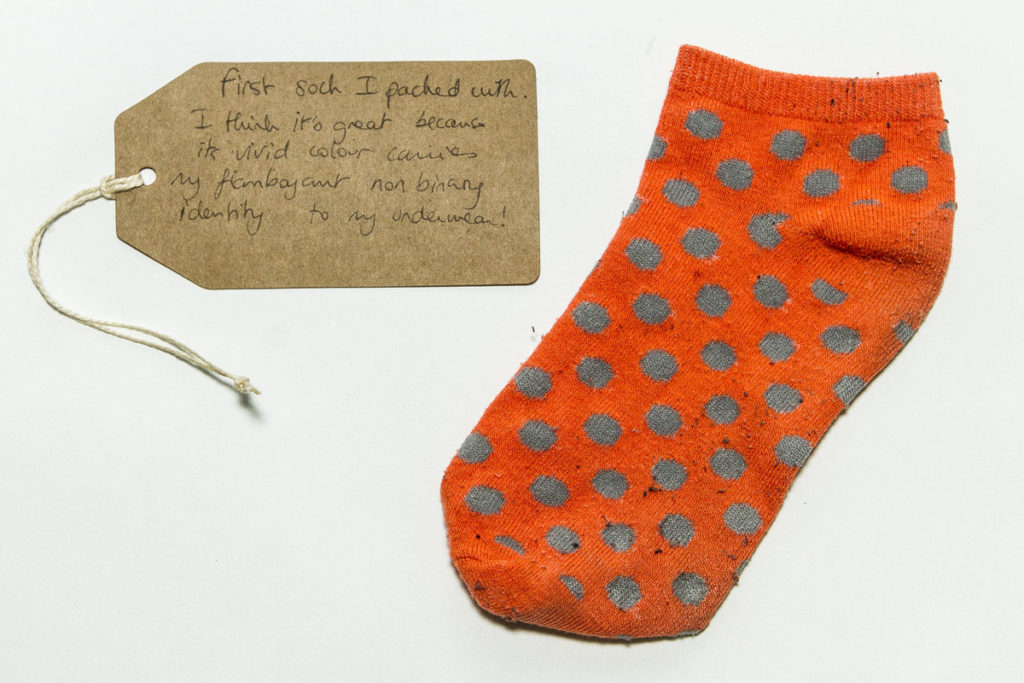 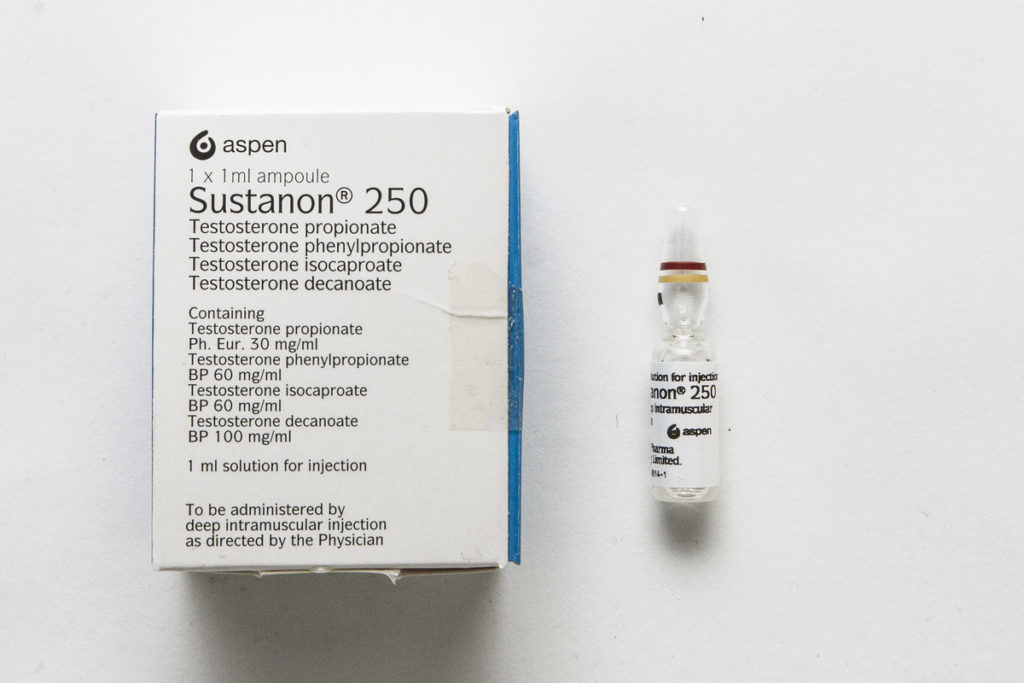 Scott says he is still trying to work out how the Museum of Transology relates to a bigger narrative — a bigger historical timeline and although “there are absolutely trans voices in the past”, they can be very difficult to find.

“You would live your life hidden,” he says, “so we can’t locate those lives because in their nature they are hidden, a lot of people weren’t trans all the time, one hundred percent because you couldn’t be.”

Furthermore representation of the LGBTQ+ community is often missing from museums and art galleries, because the background of the sector is what Scott describes as typically “heteronormative, white, male and privileged”.

“When looking at the founding of most national galleries it’s apparent that they’re essentially built on colonial conquest,” he says. “We’ve been written out quite simply because of homophobia and transphobia.”

So does this new exhibition, along with new TV shows like Genderquake (a kind of Big Brother for queer people) and potential new gender laws represent a change in society’s acceptance of transgender people, or is it just that Brighton is ahead of the curve? 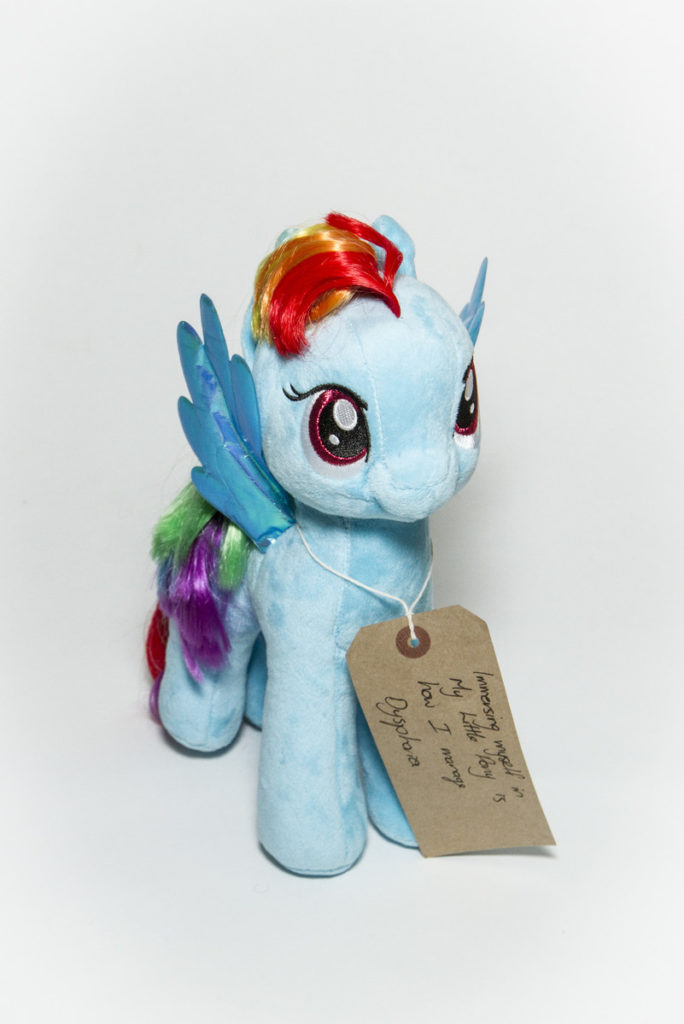 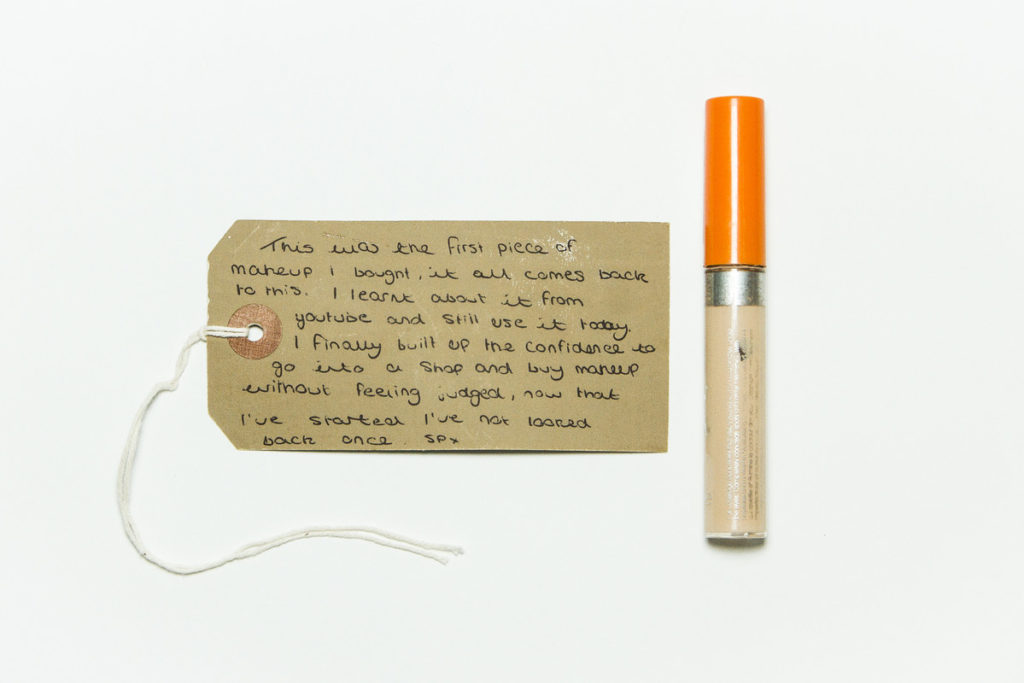 First makeup by Katy Davies, © Fashion Space Gallery. “This was the first piece of makeup I bought, it all comes back to this. I learnt about it from youtube and still use it today. I finally built up the confidence to go into a shop and buy makeup without feeling judged, now that I’ve started I’ve not looked back once.” 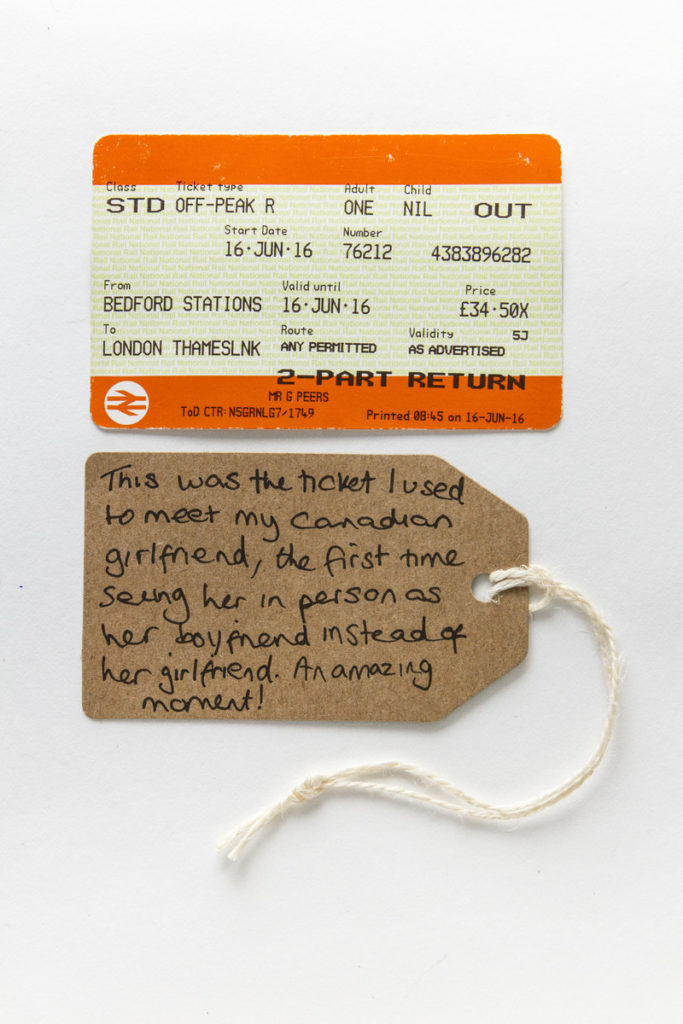 First appearance by Katy Davies, © Fashion Space Gallery.jpg “This was the ticket I used to meet my Canadian girlfriend, the first time seeing her in person as her boyfriend instead of her girlfriend. An amazing moment!”

“More and more people are saying ‘I reject what you say is man and woman, I reject this idea that I am all one and nothing of the other” says Scott, “in actual fact gender is far more fluid than that.”

The exhibition navigates a world where, if you don’t identify as your birth-assigned sex, you have to embark on a laborious journey filled with medical diagnoses and legislative hurdles to gain any sort of systemic recognition.

Everyday objects such as lipstick, binders, silicone cutlets and empty packets of hormone medication highlight how seemingly ‘ordinary’ possessions affirm a trans person’s gender identity at a time when the law makes it difficult to proclaim it.

“The objects in this collection are as diverse as the trans experience itself,” says Scott who admits that finding a theme in which the objects talk to each other whilst trying not to amalgamate them so they only gave one joint experience. 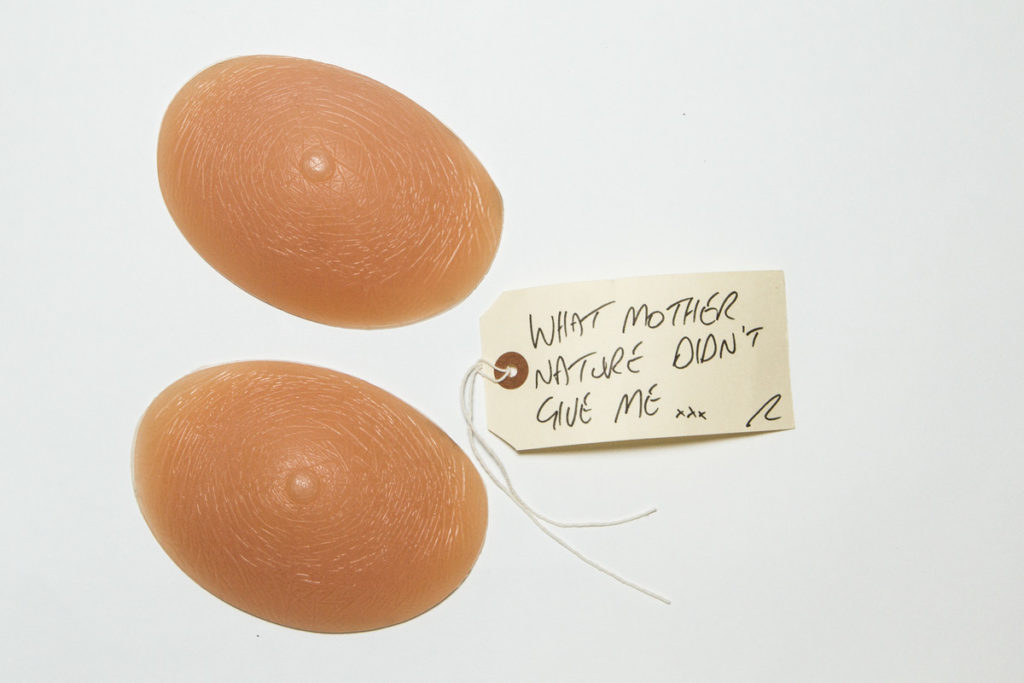 Falsies by Katy Davies, © Fashion Space Gallery. “What mother nature didn’t give me” 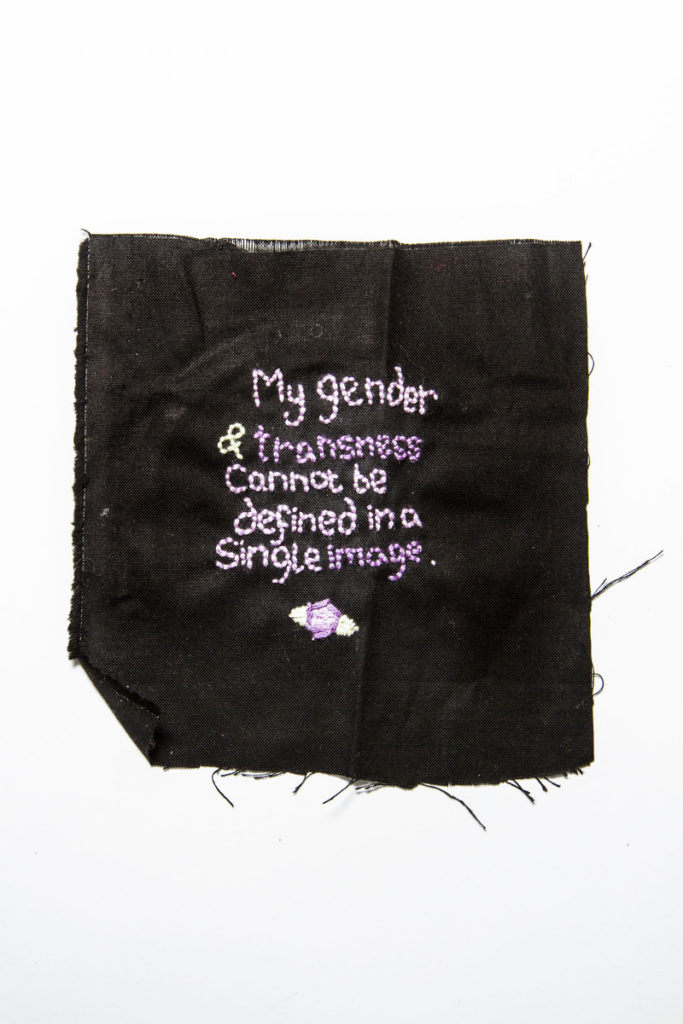 A ‘Welcome Home’ sign greets visitors to the Museum of Transology and the objects sit on reconstituted home furniture – gendered furniture, such as men’s or women’s wardrobes, which have been rebuilt to act as a metaphor for the trans experience.

“There are different experiences of transness and being trans all around the world,” he adds, explaining that he is trying to broaden the Museum of Transology to include more international voices. Talks are happening with activists in China, Japan and Cuba to help them facilitate their own collections and share them with the UK.

Touring the exhibition is also being considered, but Scott explains that from a museological point of view the collection is very complicated to care for because of its variety in material; including everything from latex to human remains. Luckily Brighton Museum & Art Gallery has the resources, expertise and conditions to house the collection safely and Scott his hopeful the collection will make a permanent home there, “so that in one hundred years’ time, people are going to understand what this trans tipping point was all about.”

Intersex badge by Katy Davies, © Fashion Space Gallery. “My intersex inclusive badge is very important. Intersex people can be trans too. Sex and gender are very binary. It shouldn’t be acceptable! It ruins lives! #BreakTheBinary”

The Museum of Transology is at Brighton Museum and Art Gallery until May 2019.