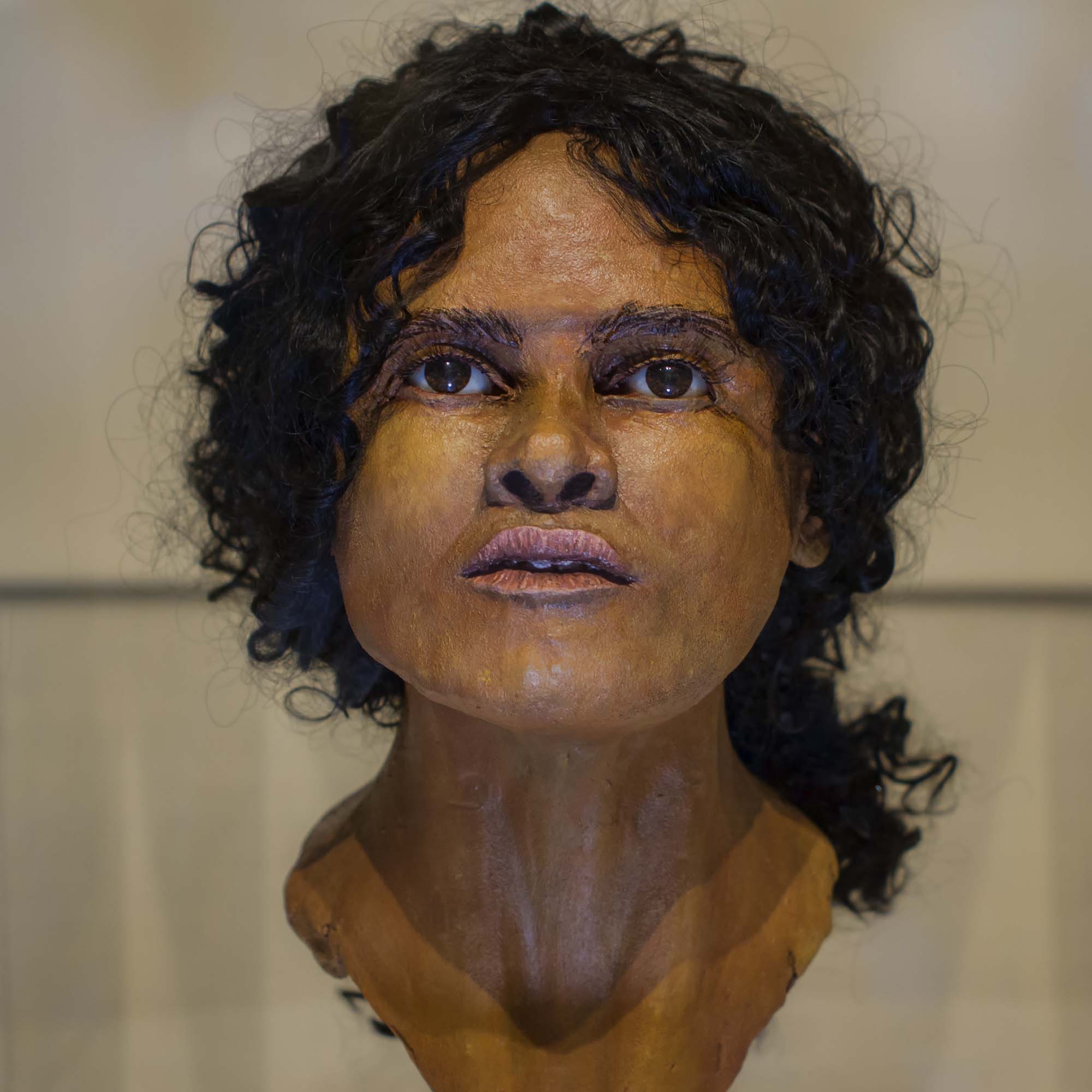 We had over 300 different individuals, mostly skeletons, but some cremations and the idea was to go back through all those. We had some information about some of them but on others we had nothing.

They were held in the basement of the town hall, where I keep my archaeology collection and came primarily from two main Saxon cemeteries that were excavated – one in particular had over 200 graves.

The majority were excavated between 1992 and 1996, but others were excavated way back in the 1890s and have been in the collection since then. The idea was to give back some sort of life story to each of those people.

During that process we came across two boxes which said ‘Beachy Head, something to do with 1956 or 1959’, and that was about it. We opened it up and inside there was a very well-preserved human skeleton which, on initial inspection from our osteoarchaeologist, was a female, fairly small, between 5ft and 5ft 1” and fairly young. 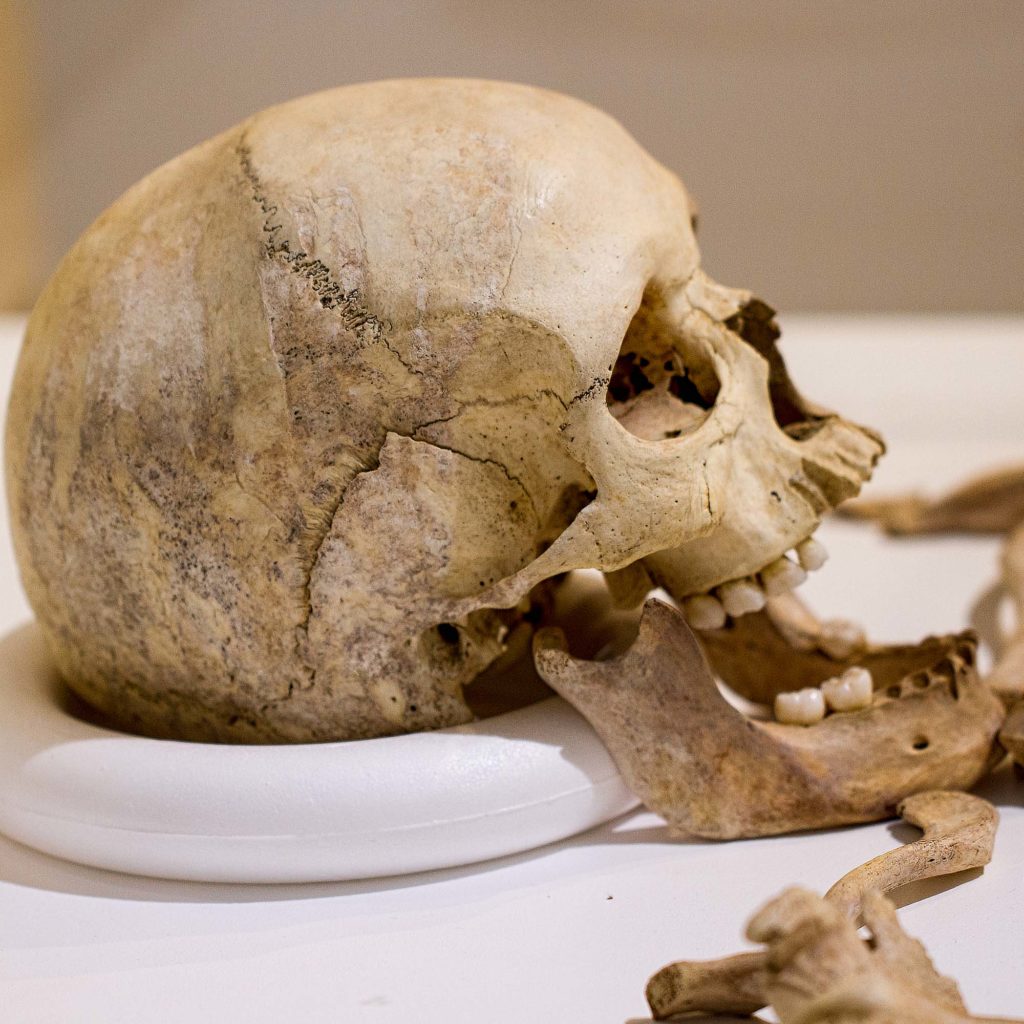 She was intriguing because there were a number of elements about her which didn’t seem to fit. We X-rayed her jaw and we found that she was missing her wisdom teeth, for example.

That immediately made us a little bit worried because I suddenly thought, ‘uh-oh, if she’s had her wisdom teeth out she’s going to be fairly modern.’ And the fact that it said Beachy Head as well, it seemed unlikely but it was a possibility.

We had also secured money to scientifically test about 12 of these individuals, both for radiocarbon dating and radio-isotope analysis, which could give us a place of origin for each person.

We spent about £12,000 to test 12 people fully. It’s quite a lot of money but it’s well worth it because you can get so much information out of those, down to their diet and everything.

Beachy Head Lady was an intriguing one because we knew nothing about her. With the others we generally knew where they’d been excavated. We even had fairly good records for some of them, particularly the ones from the ‘90s.

With her we had absolutely nothing. We tried to do some investigating.

The other thing about the box that she was in was that it had an English Heritage label on it. We found that it had indeed gone there at some stage, but nobody had any record of any testing that she had had done to her. She seemed to have been returned to the collection in the early 1990s. I did some investigating into the ‘50s and again drew a complete blank.

I went through coroners’ reports which again should show us anyone dug up, basically. I followed up a few reports about a body being dug up in an ex-army camp, but they all seemed to be false. We were left a bit stumped by her.

So we thought, ‘let’s test her and follow the leads’. She was also sent off for facial reconstruction as she was so well-preserved.

The facial reconstruction was done by Caroline Wilkinson from Dundee University, one of the country’s foremost reconstructors. Straight away on seeing this girl, she said, ‘oh my, you realise you’ve got a sub-Saharan African here?’

Our osteo hadn’t picked that up, but Caroline subsequently had it looked at by two more experts who agreed, without being prompted, that this individual showed many traits of being a sub-Saharan African person.

They were 100% sure that this was the origin of this lady. There are certain features of the skull that you can tell are Caucasian or African. We didn’t know her carbon date at that stage or anything about her, so again it just deepened the mystery. They reconstructed her, and as they did so her African origins came out in the features of her face. 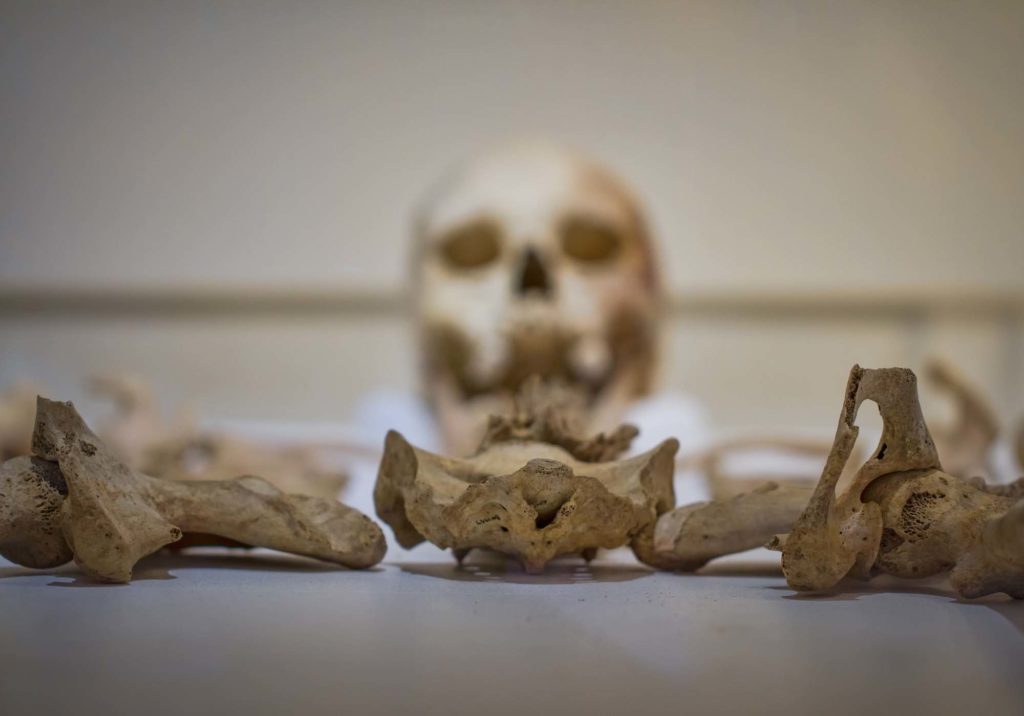 At that stage it was a bit of a worry because we didn’t know anything about her. Obviously because of being African, depending on the time period that she lived in, she would have been either very rare or just worrying, because if she was 17th century onwards she was likely to have been a slave.

If she was earlier than that it was really interesting. As I say, the whole ethos behind this project was to give people stories. The radiocarbon dating came back with a firm Roman date – around 200 or 250 AD. That was a relief. It’s not without precedent to find Africans from this date in Britain, such as the famous African bangle lady in York.

At this point we still couldn’t really say anything, because we were waiting to get the radio-isotope analysis back. We still didn’t actually know where she came from.

“she seems to be someone from the Eastbourne area, Roman, with very firm sub-Saharan ancestry”

If she’d come back as African origin we wouldn’t have been able to say any more about her – that would have been it. But she came back as south-east England origin.

Even more intriguingly, she seems to be someone from the Eastbourne area, Roman, with very firm sub-Saharan ancestry. Whether that means that she’s first generation we don’t know. She could possibly have been born in Africa and brought over here at a very young age, but it’s just as likely that she was born here.

It’s a brilliant story straight away, but then you have the two camps: she was a slave or she wasn’t. There’s no way to prove either way at the moment, other than that the skeleton was very well preserved. She was obviously treated very well in the grave, because she was virtually complete.

Without seeing the grave, though, it’s very difficult to say much about her social status. Her teeth were in good nick, her bones were in good condition, but again, that doesn’t mean she was of higher status or a slave – it could be either. If she was a favoured slave she would be in pretty good condition. 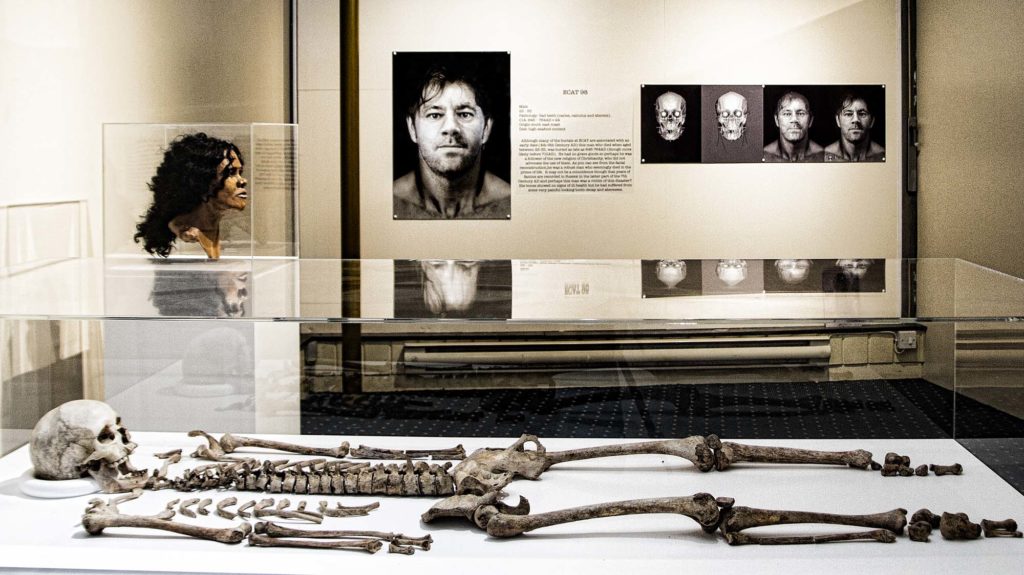 Beachy Head Lady in the 2014 Ancestors exhibition at the Redoubt Fortress and Pavilion.

Looking through 19th century reports of skeletons being dug up in the area, there is one intriguing one from 1891 which talks about three skeletons being excavated from a Roman cemetery. It said it was on the west side of Beachy Head, in the village of East Dean. We think we’ve identified exactly where that excavation was.

It mentions that one of the skeletons was found with a number of bangles on their arms. In Roman times that would mean a woman. It doesn’t say anything about the skeleton, it just says the bangles were kept by the museum. But the museum was then bombed by the Germans in the Second World War and the bangles were lost.

If she is from there, which is possible, it could be the lady with the bangles, in which case she is probably of higher status and there’s going to be an unknown Roman building nearby.

That hadn’t been on our radar. We think we know roughly where the cemetery is and hopefully later this year we’re going to go and try to find it, just because we may be able to find other individuals there.

If we’re really, really lucky we may find another African if it’s a family buried there. That’s highly unlikely but it’s worth a go. If we find another burial of a similar age it may point to her coming from that cemetery.

The process we’ve had to go through has been amazing, intriguing and incredibly frustrating. You think you’ve suddenly made a breakthrough and then you realise you haven’t.

Probably the most moving part of it was when the facial reconstruction came back. When you actually see the face of someone that you’ve been investigating so carefully and you know that it is 75% accurate to two or three millimetres – that it is very likely to be a person who lived 2,000 years ago – you start really wondering.

I am quite hard-nosed when it comes to skeletons. I’ve come across a lot of them and worked with lots of them. I don’t get emotionally attached to them, I’m not ultra-religious so I don’t have a spiritual belief which links me to them.

But as an archaeologist, when you’re excavating skeletons, sometimes you do go through these moments where you suddenly think, ‘oh blimey, yes, this is a person.’

When her face came back, that was one of those moments where you think, ‘wow, you really did live.’

“Archaeology that isn’t interpreted is just data, it’s no good to anyone”

When we put her in the exhibition, which featured her face and a number of reconstructions which, I’ve got to say, were equally stunning, and you saw her next to her skull – it was quite moving. You realise the humanity in there and you start wondering what on earth brought them here. You almost hope that she did have a good life.

She died when she was very young – probably only about 20 or 21 – and we don’t know how she died. There’s no evidence of disease or any wounds or anything.

In the future we could get DNA analysis which might tell us a bit more about how she died and I want to go back and find a bit more out about her, I think she deserves it. When you start delving into these skeletons you want to give them more because they’re remarkable, absolutely remarkable.

Most of the samples we sent off are supposedly Anglo-Saxon but not one has come in as being foreign. Nearly all of them are local. One was from the east coast – probably East Anglia – the other guy was from the Pennines or more likely Wales, which again is odd. It’s not what you’re taught in the history books.

It’s absolutely fascinating opening up these stories. It’s really putting flesh on the bones. Archaeology that isn’t interpreted is just data, it’s no good to anyone – we want people to understand what we do and why we do it.

The archaeology of Eastbourne is phenomenal, we’ve got huge amounts. Like most places in Britain, if you delve under the surface it’s absolutely chock-a-block with stuff.

Around here most people just go on about the Victorians and Georgians and seaside resorts. Actually that’s just a tiny, tiny part of the story. We’ve had people living here for thousands of years. There’s evidence for animals living here hundreds of thousands of years ago. We’ve got elephant’s teeth and things like that from the interglacials.

Most archaeological museum collections hold these things but never do anything with them. It’s all about telling these stories.

The Ancestors exhibition ran at the Redoubt Fortress Pavilion in 2014. Find out more about the Ancestors Project at www.eastbournemuseums.co.uk/ancestors

For nearly 200 years, the Redoubt Fortress has defended the Eastbourne coast. Formerly a barracks and store depot, it formed part of the chain of Martello Towers which stretched from Folkstone to Seaford. Today this magnificent building provides the perfect setting for the largest military museum on the south coast.…

5 comments on “The mystery of Beachy Head Lady: A Roman African from Eastbourne”