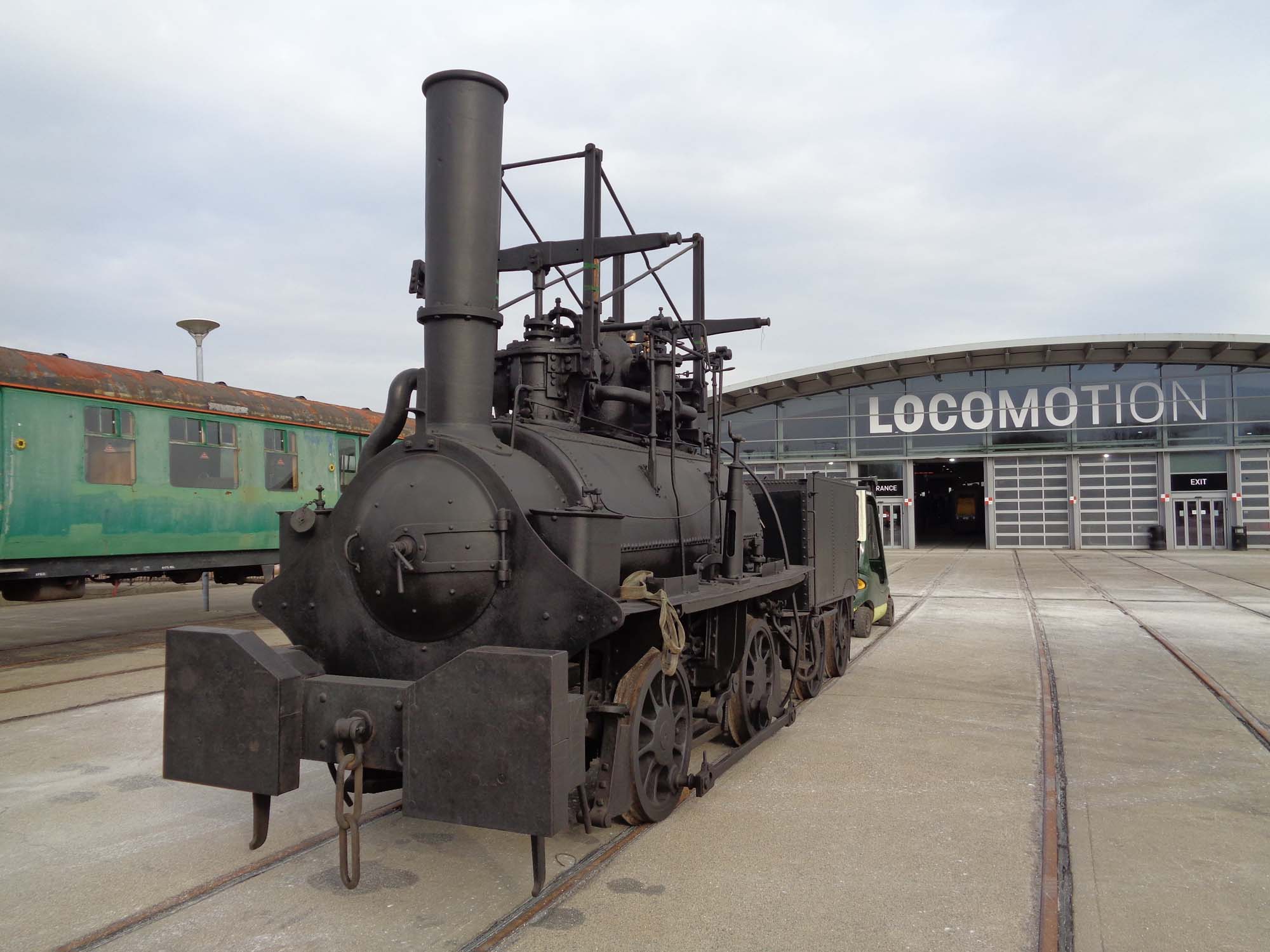 The Hetton Locomotive at Locomotion in Shildon. Photo Anthony Coulls

One of the world’s oldest steam locomotives, believed to be a replica of an original 1822 George Stephenson design now lost to history, is revealing its secrets at the National Railway Museum’s Locomotion in Shildon.

World-leading specialists in the field of locomotive investigation are researching the mysterious, ‘unnamed’ engine as part of a new project to uncover its secrets and the parallels with George Stephenson’s early pioneering designs.

“Father of railways” George Stephenson (1781 – 1848) designed and built his first steam locomotives at Killingworth Colliery in 1814. He went on to develop the pioneering engine Locomotive No. 1 and the famous Rocket, which won the Rainhill Trials and secured him the contract to build locomotives for the Liverpool and Manchester Railway.

The early Shildon locomotive, which is thought to date to the 1850s, is believed to be not only a copy of Stephenson’s early loco designs, but also the world’s first replica locomotive. Often referred to as ‘The Hetton Engine’ or ‘Hetton Lyon’ after the colliery in County Durham where it spent its operational life, it hauled coal wagons for 60 years until 1912 when it was ‘retired’.

The Hetton Colliery Railway was opened in 1822 by the Hetton Coal Company in County Durham. Its line was eight miles long and was the first railway to operate without animal power and the first new line to be developed by Stephenson. It is thought there were originally five locomotives built to work at the colliery between 1820 and 1822. The Colliery closed in 1950. 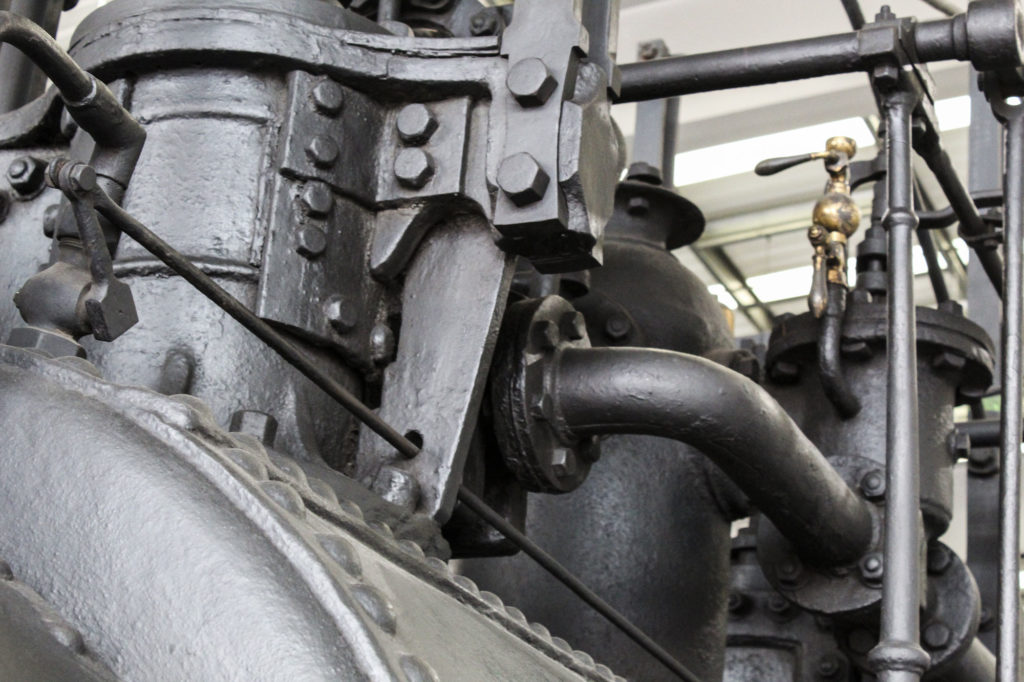 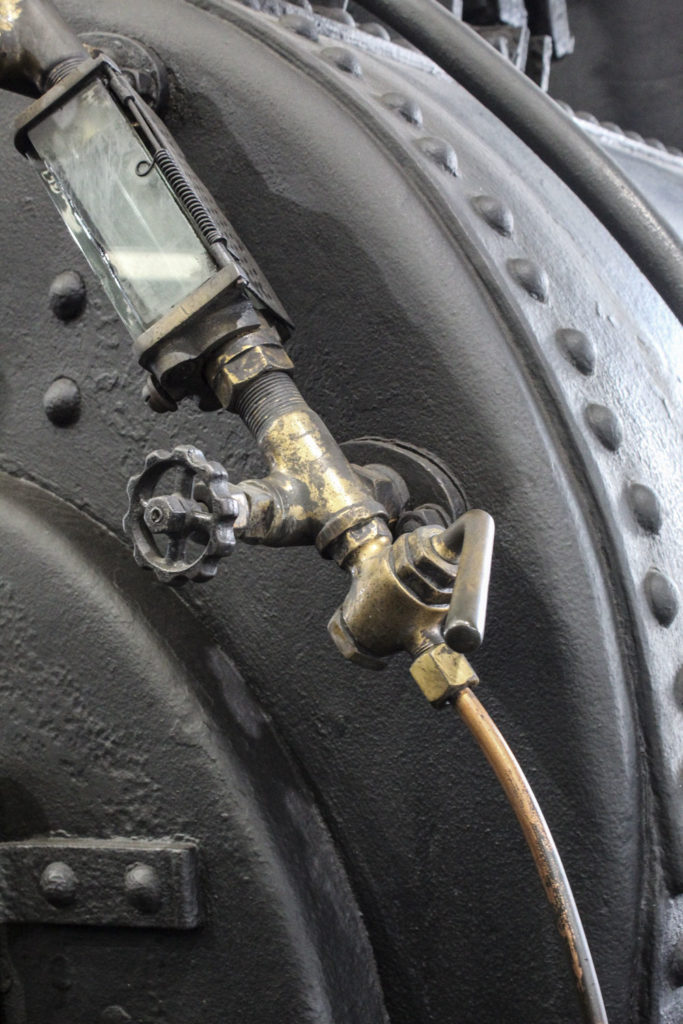 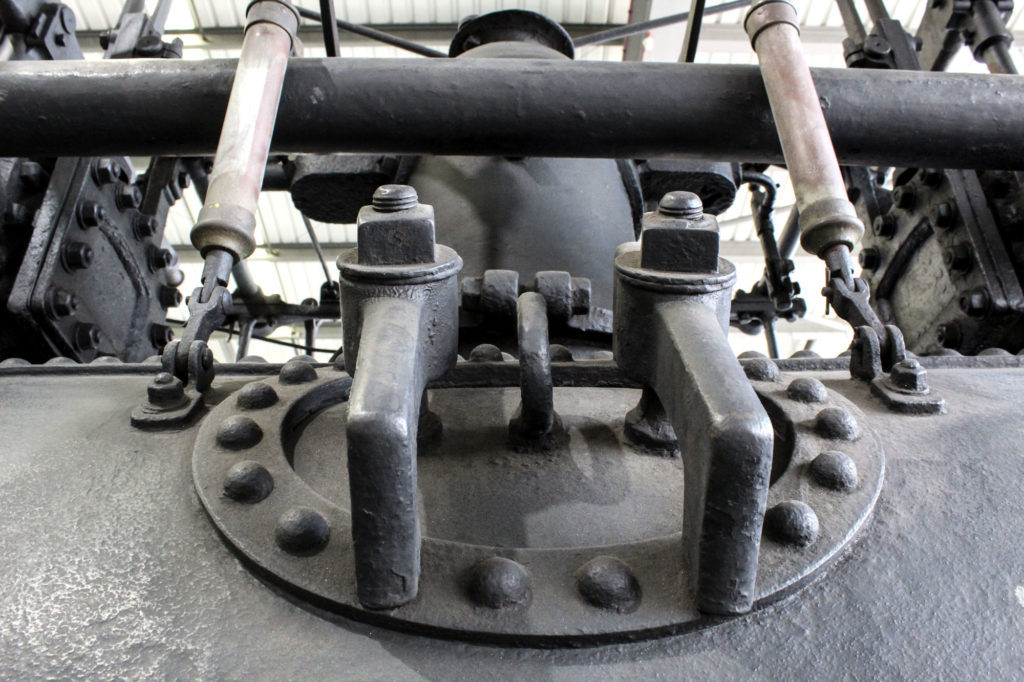 The team at Shildon are taking photographs and measurements and also carefully dismantling parts of the engine to compare materials and methods of construction with archive evidence to investigate its origins.

Over a number of three-day sessions lasting several months, the project led by Dr Michael Bailey and Peter Davidson, who are both recognised experts in early locomotives, is taking place in full public view so visitors to Locomotion can ask questions, watch the process and perhaps even come up with their own thoughts about the locomotive’s history.

“We plan to better understand the history of this locomotive and its components through detailed archival and archaeological research,” says Dr Bailey who was the first student to obtain a DPhil from the Institute of Railway Studies in 2000, a joint project run by the National Railway Museum and the University of York.

“As repairs were carried out, locomotives sometimes picked up parts from other engines and they were often heavily modified or rebuilt over the years, as technology advanced,” he adds. “We hope to provide new evidence of the progression of Stephenson’s locomotive designs and to perhaps find the ‘missing link’ between famous early locomotives Killingworth Billy and Locomotion No. 1.” 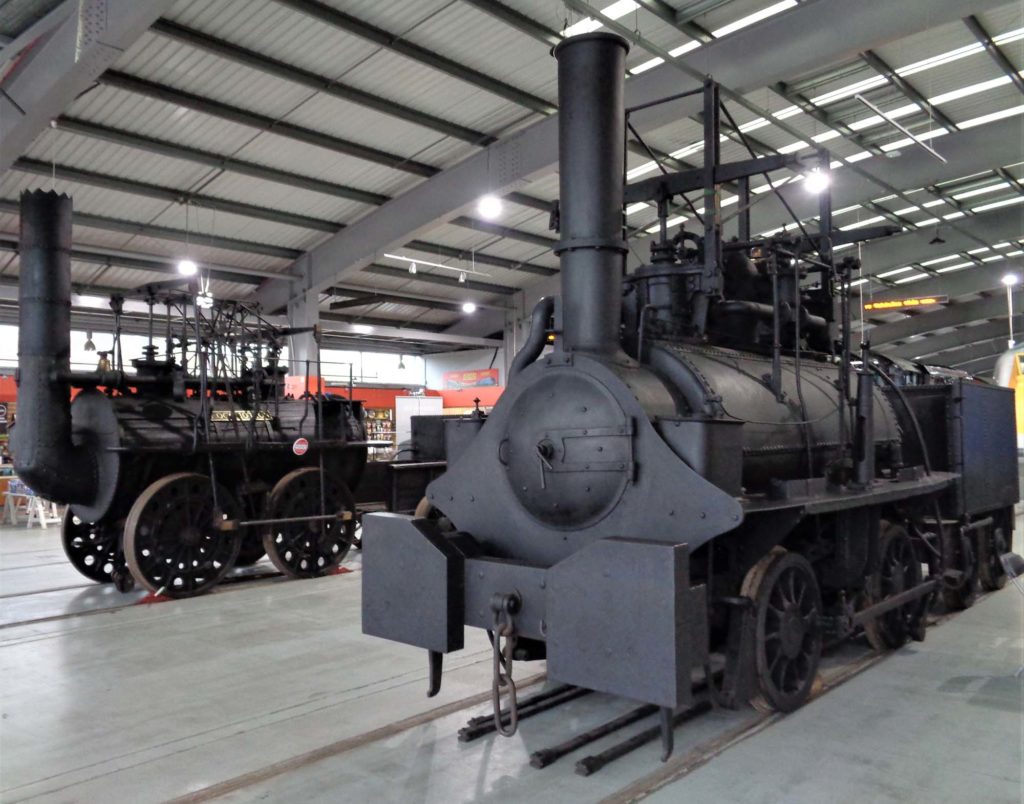 The Hetton Locomotive with Locomotion No. 1 replica. Photo Anthony Coulls 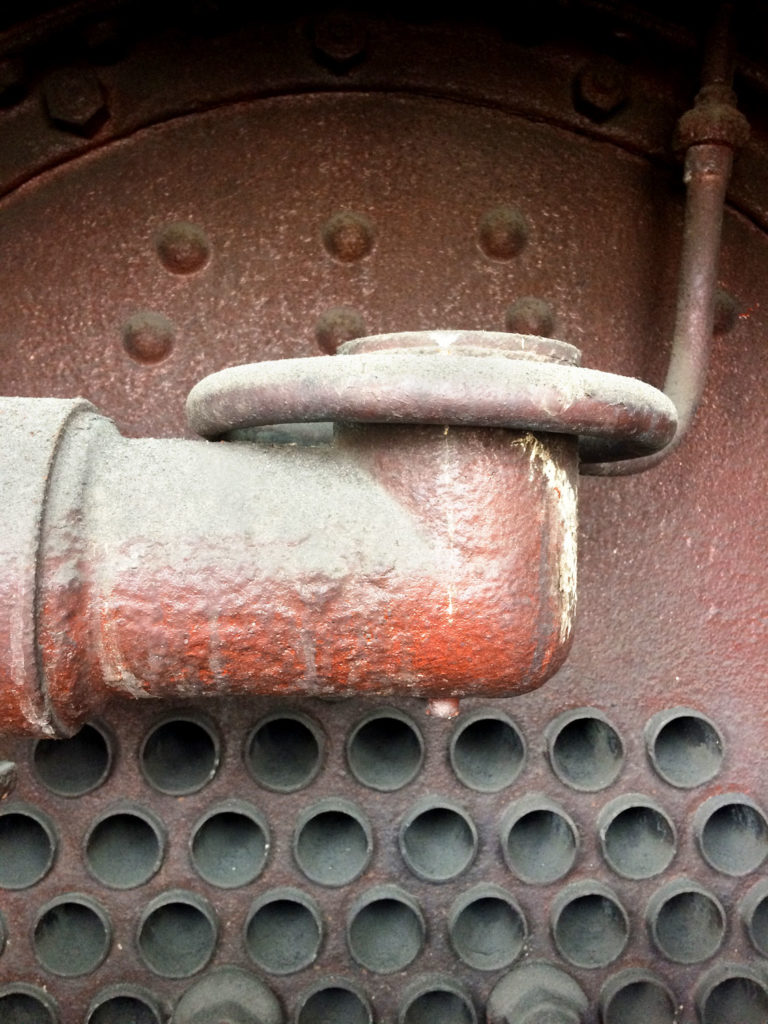 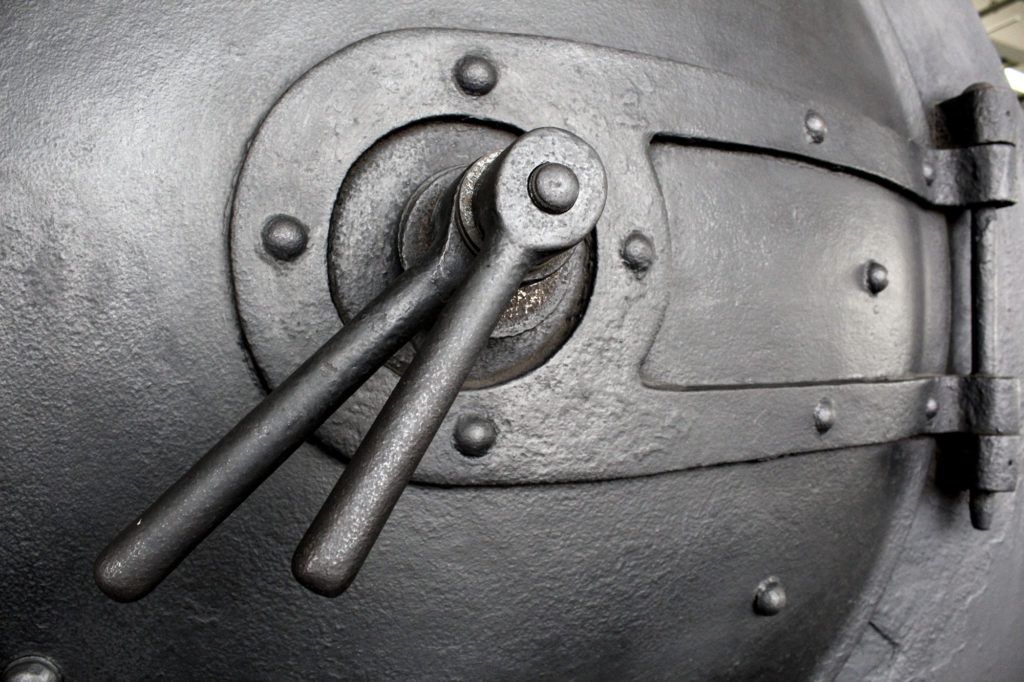 Bailey and Davidson recently led a similar project in Newcastle which found one of Stephenson’s early Killingworth Colliery locomotives, Killingworth Billy, to be ten years older than previously thought – making it the third oldest locomotive in the world. In the past Dr Bailey has also carried out investigations with his colleague Dr John Glithero, into other historic locomotives such as Samson, Albion, Nelson and Canadian National No. 40.

Although its name is a mystery, the Hetton locomotive may be a familiar sight to people based in the North East after spending the past eight years on loan to the Living Museum of the North in Beamish.

This project is the first of its kind to take place at Locomotion in Shildon and at its conclusion the engine will remain at Locomotion on public display. The last project of this type involving the National Railway Museum took place 20 years ago when Dr Bailey worked on an investigation into the early history of Stephenson’s Rocket. The results were published in the book ‘The Engineering and History of Rocket’.

“The history of early railways is incredibly important for the history of the North East of England and in the early 19th century engineering pioneers such as George and Robert Stephenson led the way in this emerging technology that would eventually change the world,” adds Dr Sarah Price, Head of Locomotion.

“Despite having been in preservation since the 1920s, relatively little is known about this engine and we are really looking forward to seeing what new discoveries will be made.” 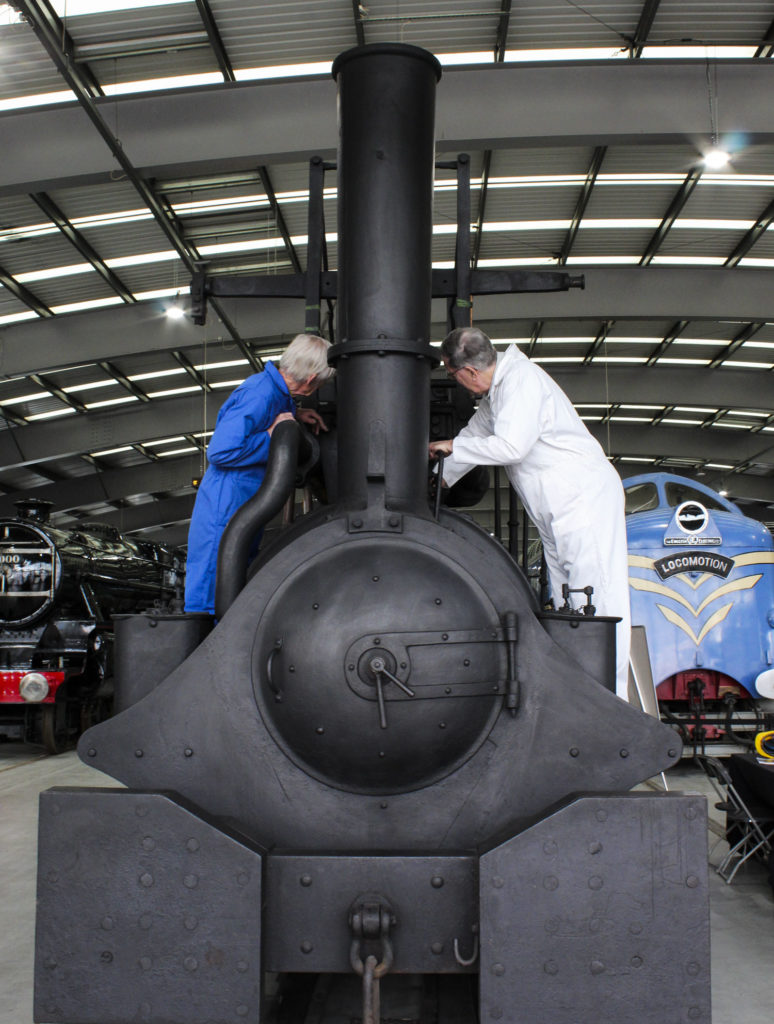 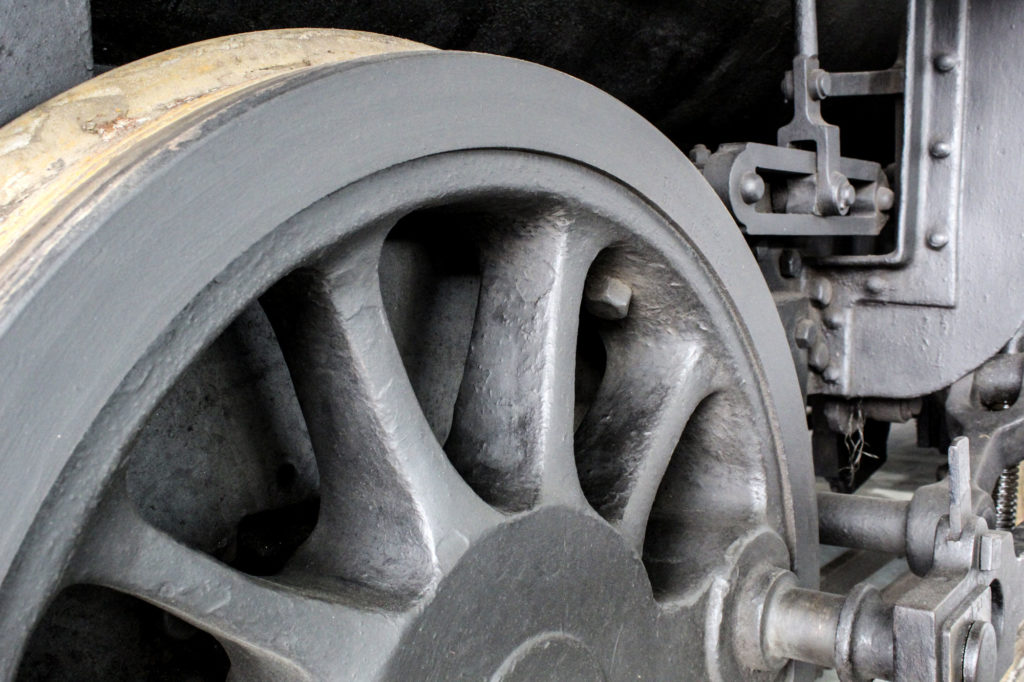 The findings of the study, which is being funded by a private donor, will be sent to the National Railway Museum before being offered to the next Early Railways Conference due to be held in 2021.

At Locomotion you can see highlights of the national collection of railway vehicles in the world’s first railway town. The town of Shildon has had an exciting story to tell since the earliest days of the rail industry, making it the perfect place to explore the rich seam of local…