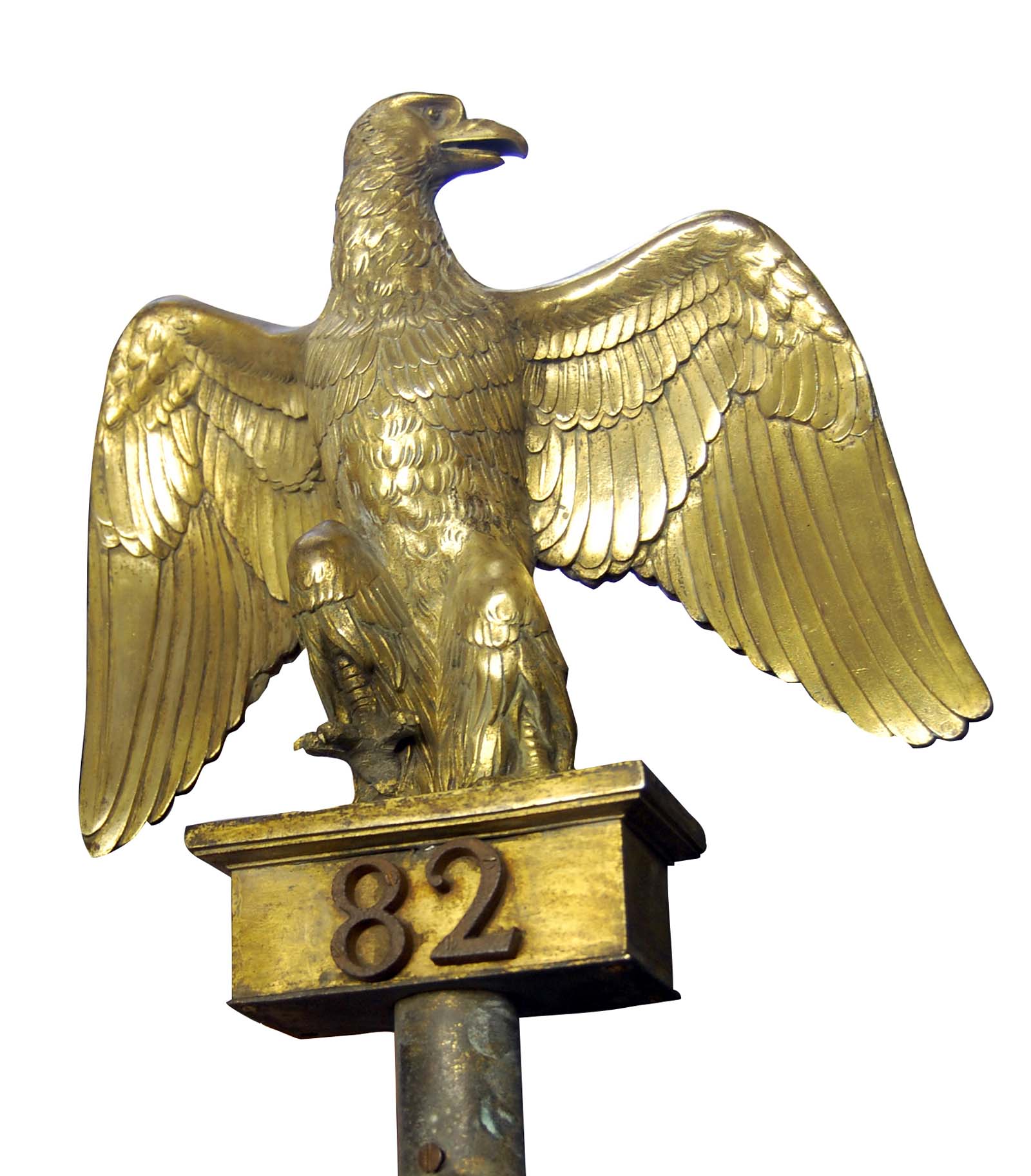 Eagle Standard of the 82nd Regiment of the French Line captured by the Royal Fusiliers at the Battle of Martinque 1809 during the Napoleonic Wars. Courtesy Fusiliers Museum London

Major Colin Bowes Crick, Curator of the Royal Fusiliers Museum, on their Napoleonic Standard captured by the Regiment during the Peninsular Wars.

You don’t give up your colours easily – that’s why there are only six of these Eagle Standards in captivity.

It was captured in 1809 during the Peninsular Wars by the Royal Fusiliers at the Battle of Martinique. A small British Force was landed and the French were very quickly pinned into their stronghold, Fort Bourbon, where they were sieged for four days.

When they finally surrendered, they marched out with three eagle standards, which were quickly snaffled. We were allowed to keep this one as a keepsake.

Standards are the equivalent of British Colours and they are highly prized. In battle they act as a rallying point. When you’re advancing and you take casualties you close in on the colours.

They were always carried by officers who, as a consequence, suffered a very high mortality rate. If the officer carrying it went down the nearest officer had to go forward and pick it up.

Straight away he became a target because not only was he holding the Colours, the enemy also knew that’s where the commanding officer was as well – rallying the troops.

“This Eagle Standard would have been presented by Napoleon himself”

This and all the Eagle Standards would have been presented to his regiments by Napoleon himself. He was a general, he led the army, and he would have made a point of presenting them. I’m convinced that he would have handled this one. I think he would have personally handed it to an officer on parade who would have kissed the flag and all that sort of thing.

The standards with the eagles on top were also something he dreamed up, he was very much into the symbolism of the Roman Empire.

The only other standard like this I actually know of is at the Household Cavalry Museum at Horse Guards (Parade in London), but they have only got the eagle, they haven’t got the pike itself. Ours has the notches on the staff where the standard was pinned to it. The 82 you can see at the top beneath the eagle is the number of the regiment it belonged to, the 82nd Regiment of the French Line.

So I would say it is one of our most prized items. We have twelve original Victoria Crosses and the Regimental Colours carried by the regiment 10 years later at the Battle of Albuhera. All of these items by definition must rank higher, but it is a beautiful thing and an important part of the Regiment’s history and of the Napoleonic Wars.

The Fusilier Museum tells the story of a British army regiment, formed at the Tower of London in 1685 by King James II. The museum is housed in a building originally built as army Officers' quarters. The building still houses the Royal Regiment of Fusiliers' Regimental Headquarters and the Officers'…