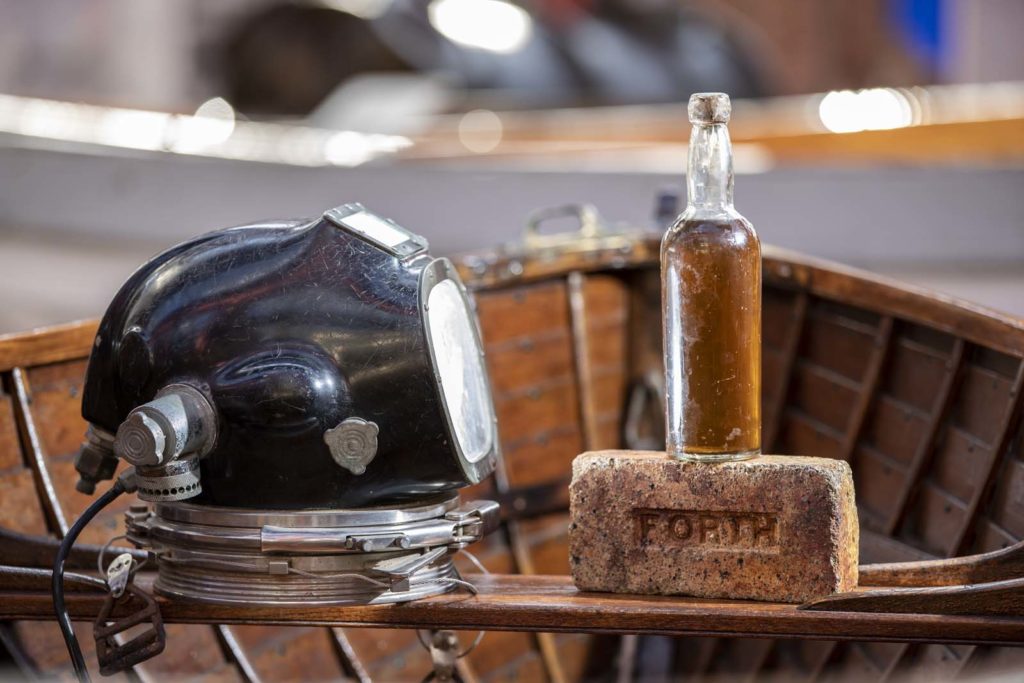 Just another reminder of how museums objects – in this case a couple of old bricks, a bottle of Scotch and a diver’s helmet at Scottish Maritime Museum – can tell a great story

You may not have heard of Eriskay, but the small outer Hebridean island measuring just two and a half miles across, has a claim to fame that has lodged itself firmly into Scottish twentieth century folklore.

It was just off Eriskay that the Liverpool based freighter SS Politician ran aground on February 5 1941, complete with its famous cargo of whisky and Caribbean banknotes.

And it was the whisky – over 20,000 cases of it – that captured the imaginations of local islanders and led to a novel, at least two history books and a classic Ealing comedy, which was remade in 2016.

Whisky Galore! Was the novel by Compton McKenzie that fictionalised the antics of the local islanders, who over a period of several months, did their upmost to salvage and hide the many thousands of cases of Scotch trapped in the hold of the stricken vessel – all the time pursued by the constabulary and men from HM Customs and Excise. 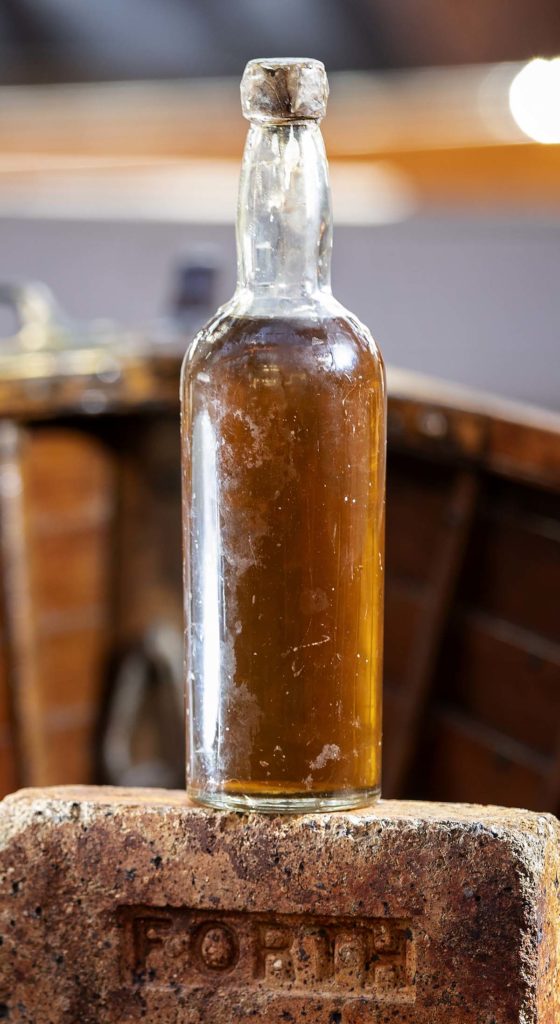 This was, after all, a time of wartime rationing, and Scotch whisky had become scarce even in its homeland. Thousands of whisky bottles were smuggled, salvaged, washed ashore and otherwise acquired from the wreckage and customs authorities became so exacerbated with the pilfering that they eventually had the ship broken up, dynamited and sunk in an attempt to stop further perilous attempts to recover its enticing cargo.

The cat and mouse antics of authorities trying to track down the whisky on the island went on for months and around 30 islanders were eventually prosecuted – several of them spending small stretches in Inverness Prison.

Today, nearly eighty years after the event, it continues to be an important part of the island’s identity – and perhaps also a wider Scottish identity – and this on an island where Bonnie Prince Charlie first set foot on Scottish soil before heading off to the mainland to lead the Jacobite Rebellion.

Occasional bottles of the fabled Scotch are occasionally still salvaged – most of them snapped up by whisky aficionados at auction, but now one legendary bottle of the good stuff has made its way to the Scottish Maritime Museum in Irvine, where it will help tell the picaresque and often romanticised story of an island’s adventures in whisky rustling.

The bottle joins a diving helmet, worn by the diver who recovered the artefacts, two bricks carried as cargo on the vessel and a poster of the 2016 remake of Whisky Galore! 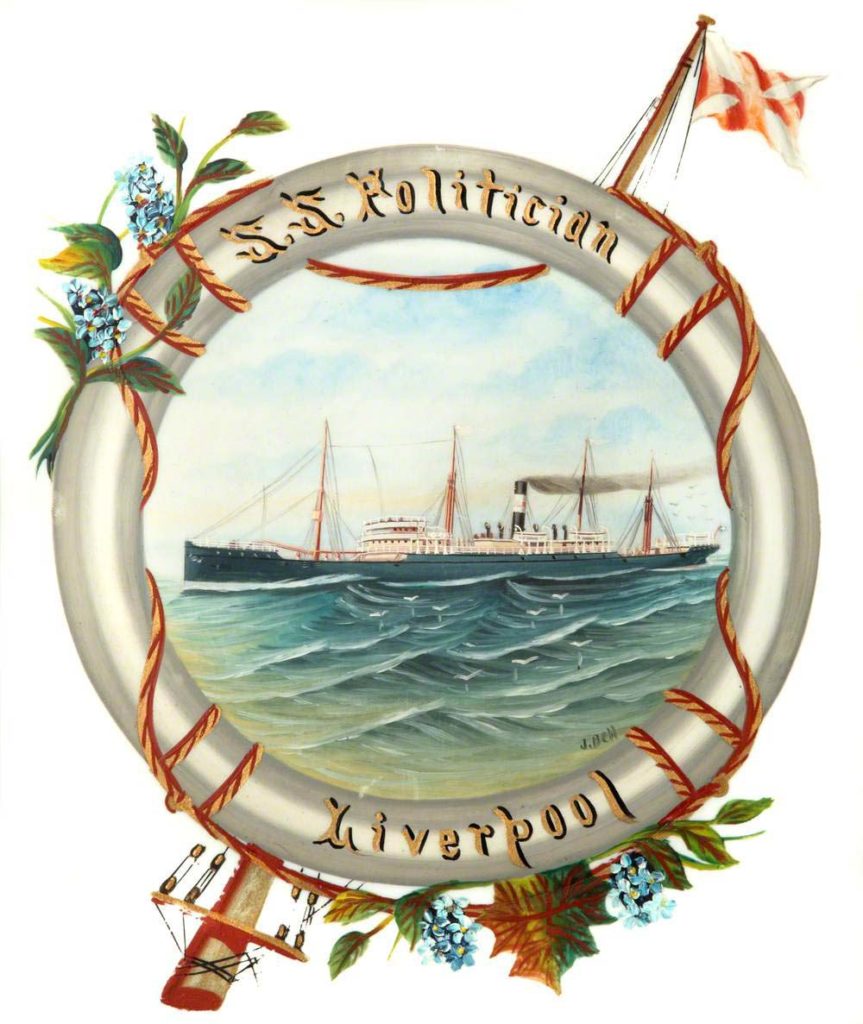 Abigail McIntyre, senior curator of Scotland’s national maritime collection said she was thrilled to offer the relics a home.

“We’re over the moon to add this bottle of whisky, which has become so embedded in Scottish island folklore, to the collection. There are so many fascinating topics we can explore with our visitors through it, from island life during the war period, to underwater archaeology and recovery, challenging our understanding and portrayal of smuggling in Scottish waters.

“The wreck of the SS Politician had a profound effect on the life of the islanders of Eriskay. As well as looking at the impact of the shipwreck generally, we can also explore maritime laws and their implications through this wonderful new artefact.”

The bottle of whisky will initially go on show in the boatshop exhibition space at the Linthouse Building in Irvine, where it will be free to view. It will then feature in a “Smuggling and Swashbuckling” exhibition in 2023.

Scotland's influence on the maritime history of the world from the eighteenth century to the modern day has been enormous and out of all proportion to the size of the Country. The two sites operated by the Scottish Maritime Museum contain the exhibitions and collections that tell the story of…