The paths of photographer Bill Brandt (1904–1983) and sculptor Henry Moore (1898–1986) first crossed during the Second World War, when they created images of civilians sheltering in the London Underground during the Blitz for the Ministry of Information.

These photographs by Brandt and drawings by Moore today rank among their most iconic works.

An exhibition soon to open at the Sainsbury Centre, developed by the Hepworth Wakefield and the Yale Centre for British Art, explores this coming together of two titans of mid-century British art and travels with them to reveal their parallel approaches to subject and form in the years that followed.

When Brandt first photographed Moore in his studio in 1942 for the 10-page spread in Lilliput magazine, a monthly arts magazine with photos and short stories, the piece juxtaposed the two artists’ shelter images for the first time.

Both artists’ works conveyed the stoicism of civilians during wartime, and although the media they used were different, their interests were already manifestly similar and the pair appeared in magazines together for many years to come.

One of Brandt’s most famous wartime images is of St Paul’s Cathedral, illuminated by the moonlight and surrounded by the devastation of the Blitz. It was one of a series of photos he took evoking the shattered but indomitable architecture of wartime London, yet he also shared with Moore an intense interest in the people enduring the privations of war in the capital.

Partly due to their employers at the Ministry, there was always an inevitable focus on ordinary people, the home and labour, and both artists’ images of coal miners and their families reflect the social deprivation of the 1930s and 1940s. But in the case of Moore, it was an optimistic view and his sketches of coal miners were made in the pits of Castleford, in the mine in which his father had worked.

As the war and its aftermath receded, both turned to nature and light-filled open landscape as a primary source of inspiration, and a significant section of the exhibition looks at their enduring interest in rock formations, geological artefacts and megalithic sites, such as Stonehenge and Avebury. 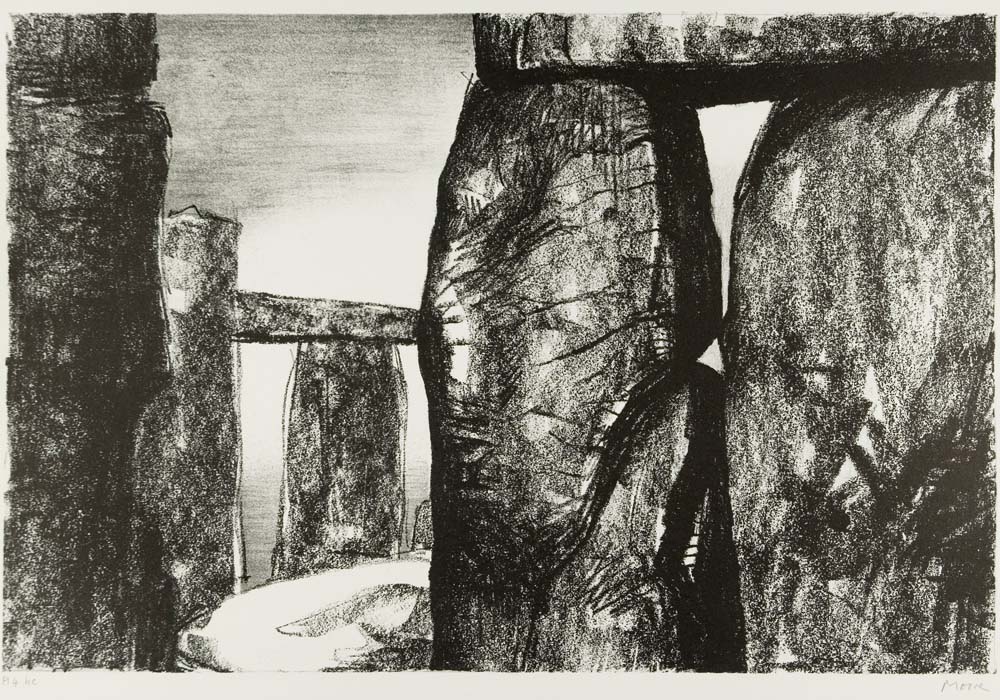 It is perhaps here that the close relationship between the media of sculpture and photography is most evident. Like many artists before and since, both photographed sculpture and made their own sculptural forms from the flint and chalk rocks on the beaches of Sussex.

The exhibition finishes with both Brandt and Moore creating abstract interpretations of the human form – Moore in his famous fragmented bodies and reclining forms, and Brandt in his close up pictures of the female body.

The result is a persuasive argument for the interdisciplinary range and parallel vision of these two artists, their chosen media, and how they both responded creatively to the British landscape, British people and art during the turbulent times in which they lived.

The exhibition is accompanied by a major book published by the Yale Center for British Art in association with Yale University Press.

Bill Brandt | Henry Moore is at the Sainsbury Centre for Visual Art in Norwich from spring 2021, check their website exhibition page for updated opening details.

The Sainsbury Centre for Visual Arts is an inspirational public art museum where you can see outstanding world art for free. The Centre, which opened in 1978 to house the Robert and Lisa Sainsbury Collection, is a world-class building designed by Norman Foster, at the University of East Anglia (UEA),…

One comment on “From miners to megaliths: The parallel journey of Bill Brandt and Henry Moore”