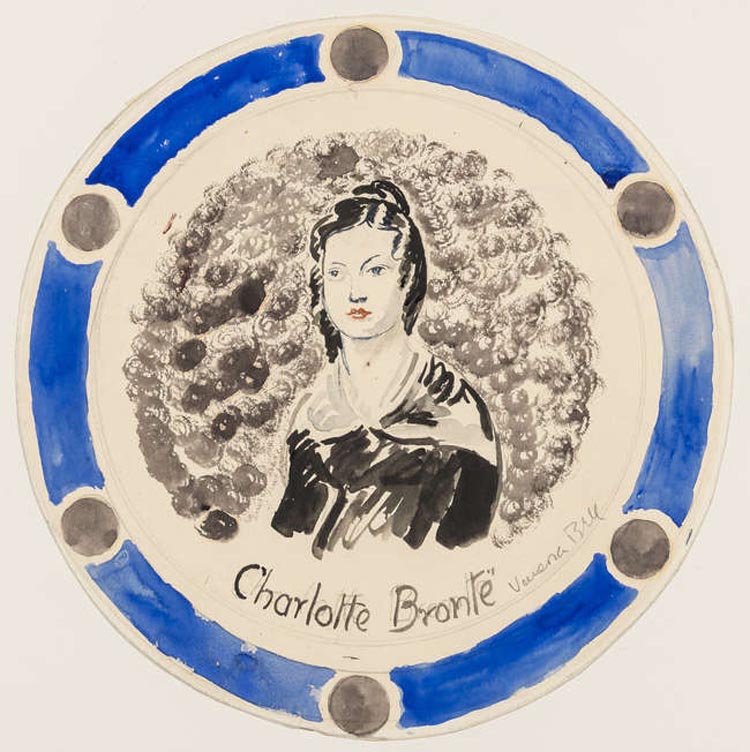 There were seventy-five Brontë-related lots in the recent sale by Forum Auctions, which took place in London on Monday July 10. Among the private collectors the Brontë society was on hand to bid on series of five treasures relating to the literary family for public display at the Brontë Parsonage and Museum at Haworth.

Among the leather bound books, first editions, letters and other fragments of Brontëana on offer, the society was successful in securing four lots including the address panel of a letter by Charlotte Brontë sent to her father and a portrait of Charlotte Brontë by Bloomsbury Group member Vanessa Bell.

A letter written by social reformer Caroline Norton, praising Jane Eyre and speculating on its author, and an envelope addressed by Charlotte Brontë to her friend Ellen Nussey were also acquired for the collection which is the largest holding of artefacts and documents associated with the Brontë family and their work, in the world. 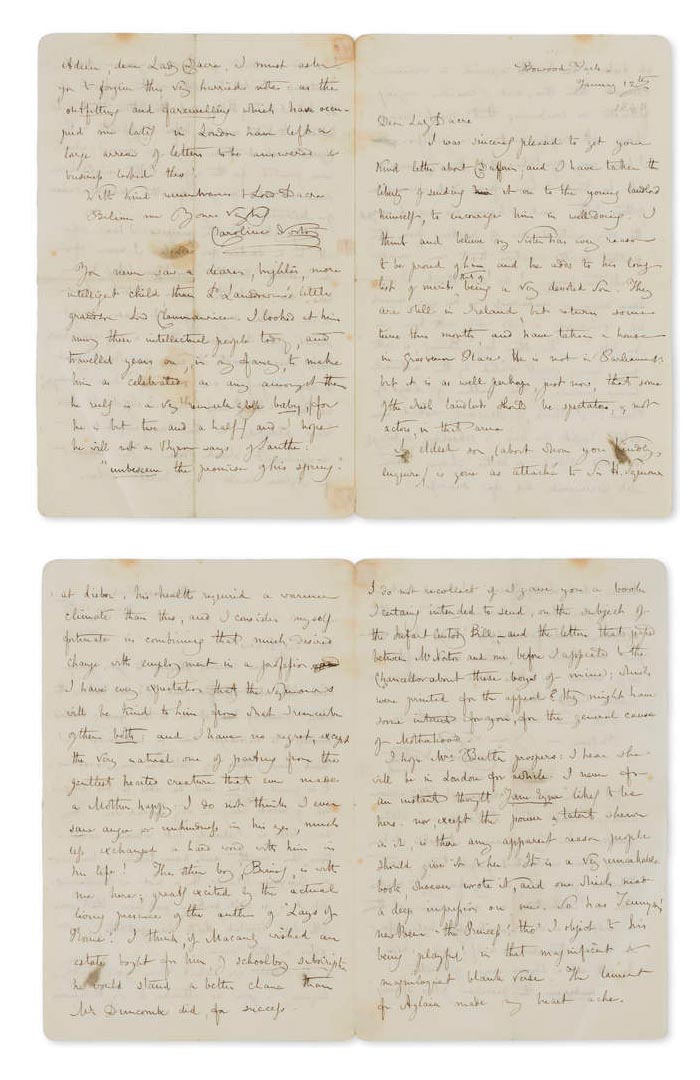 Autograph Letter signed to Lady Dacre, on the identity of the author of Jane Eyre, 1848. 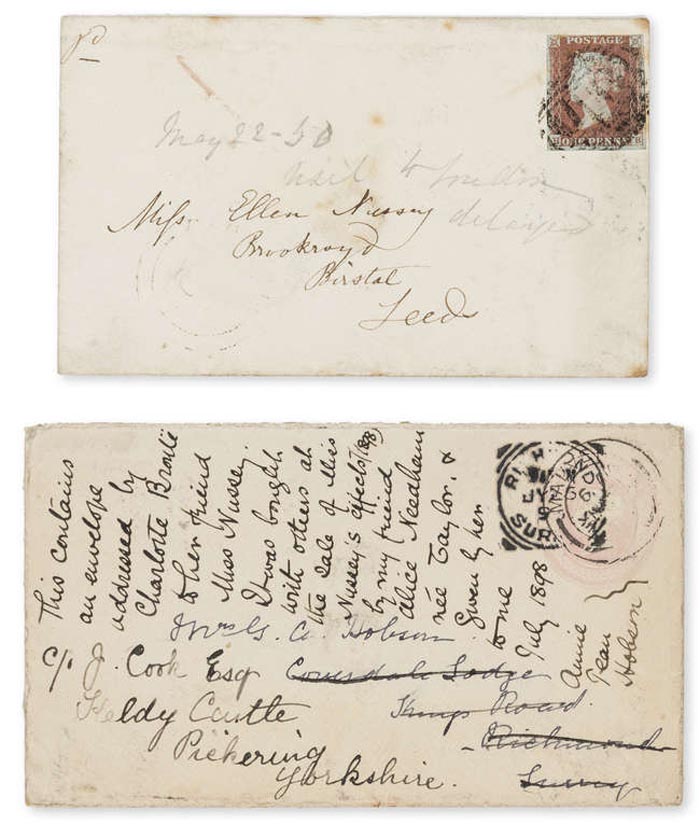 “The address panel of a letter written by Charlotte to her father and autographed by him is of particular interest,” said Ann Dinsdale, Principal Curator at the Brontë Society.

“After Charlotte’s death, Mr Brontë cut her letters into snippets to meet the many requests for samples of her handwriting that came from admirers of her books. We believe that this address panel came from Charlotte’s letter to announce her return home following Anne’s death at Scarborough.”

Anne Brontë died on Monday, May 28 1849. Shortly after Charlotte and Ellen Nussey moved ten miles along the coast to Filey. From there they moved to the Hudsons at Easton Farm before Charlotte returned to Haworth on June 20.

She later wrote: “A year ago – had a prophet warned me how I should stand in June 1849 – how stripped and bereaved – had he foretold the autumn, the winter, the spring of sickness and suffering to be gone through – I should have thought – this can never be endured. It is over. Branwell – Emily – Anne are gone like dreams… One by one I have watched them fall asleep on my arm – and closed their glazed eyes – I have seen them buried one by one… ” 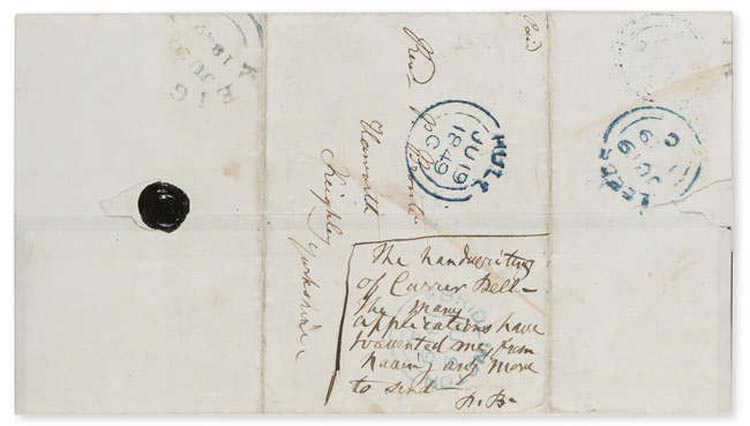 Autograph address panel of a letter sent to her father, Rev. Patrick Brontë & with Autograph note by Patrick Brontë, sending a sample of Charlotte Brontë’s handwriting,

Considering the tragic arc of the life of the Bronte siblings, The Vanessa Bell portrait represents a slightly less poignant acquisition. Designed for a large dinner service commissioned by Kenneth Clark in 1932-33 to commemorate famous women (ranging from Sappho to Greta Garbo) the signed oval portrait is a delicate watercolour over graphite, heightened with white, on wove paper.

The lot the society failed to secure was an envelope addressed by Emily Brontë to Ellen Nussey.

“We were very disappointed to be outbid on this particular lot,” added Dinsdale. “The letter which was originally contained in the envelope is part of the collection at the Brontë Parsonage Museum, and it was hoped that the two items could be reunited and displayed at the Parsonage in 2018, the bicentenary of Emily’s birth.”

The new acquisitions will go on display next year at the Brontë Parsonage Museum in Haworth, which was the home of the Brontë family from 1820 to 1861 and was gifted to the Brontë Society in 1928. 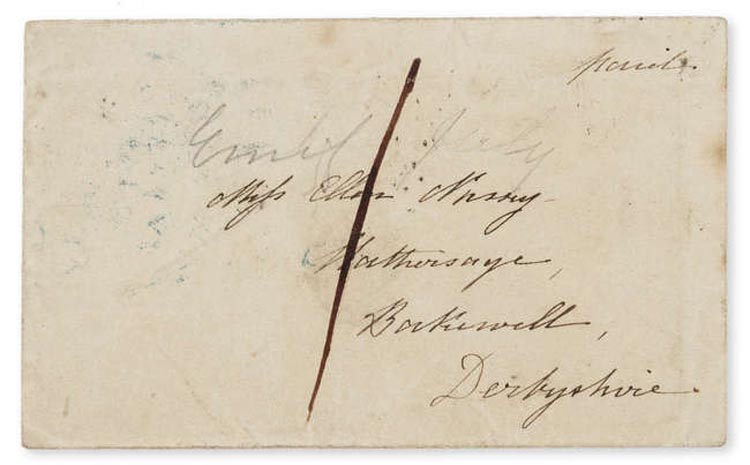 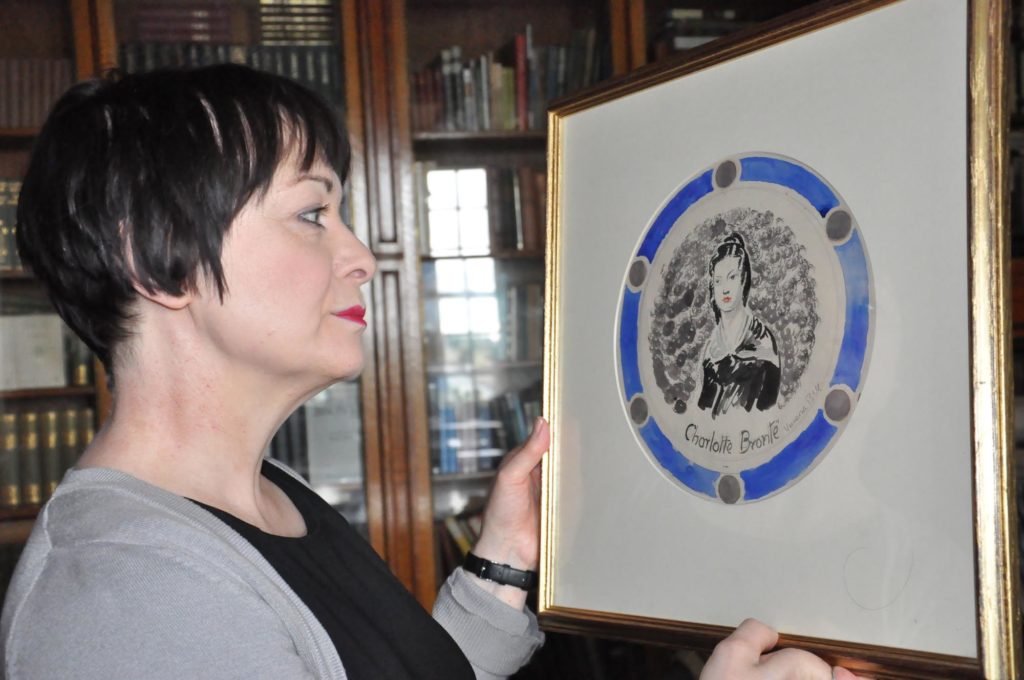 Founded in 1893, the Brontë Society collects and exhibits material relating to the Brontës’ lives and works and shares it with the widest possible audience through display, online access, reader appointments and a lifelong learning programme. Haworth Parsonage, home of the Brontë family from 1820 to 1861, was gifted to…