This rare commemorative medal, recently acquired by the People’s History Museum in Manchester, was struck shortly after the Peterloo Massacre.

One of the only known survivors of its type, the coin is believed to have been produced to raise funds for the victims of the notorious massacre of August 16 of 1819, when 18 people in a crowd of 60,000 peaceful protesters in St Peter’s Field in Manchester were killed by the horses and sabres of local yeomanry.

The vast crowd of workers and their families had gathered to hear the radical orator Henry Hunt call for parliamentary and democratic reform. But when troops charged the assembled cotton workers, the gathering turned into a massacre that soon gained the epithet, the Peterloo Massacre, in mocking reference to the heroics of Wellington’s army at the Battle of Waterloo just four years previously. As well as the deaths, which included a baby and a Waterloo veteran, over 650 people were injured.

A number of commemorative medals were produced following the massacre, and a different example is already on display in the museum. However, this new acquisition is believed to be an earlier medal and features a much more combative and aggressive slogan than its counterparts.

The front of the coin depicts a scene with the yeomanry riding into the crowd, with one individual holding up a cap of liberty on a pole. The inscription on the back reads: “The magistrates and yeomanry of Manchester God confound them”, and round the edge “These things will not endure or be endured”.

Medals weren’t the only commemorative items produced in the wake of the Peterloo Massacre; handkerchiefs, jugs, teapots and other ceramic items joined the mass-produced objects that accompanied the poems, articles, cartoons, caricatures and prints by the likes of Cruikshank that lambasted the events of the day. Examples of many of these can be seen in the main galleries of the People’s History Museum.

The Museum is planning a year of events, activities and exhibitions to mark the bicentenary of Peterloo in 2019, marking this watershed moment in Britain’s struggle for universal suffrage.

“As we head towards the 200th anniversary of Peterloo and during the centenary year of the first women obtaining the vote, there couldn’t be a more appropriate time to reflect upon the themes of protest and democracy which this historical event brings to the fore,” says the museum’s Head of Collections Jenny Mabbott.

“The New Peterloo Medal is an incredibly exciting and rare addition to our existing Peterloo collection and provides another piece of the jigsaw in the fascinating story of the aftermath of the protest. It’s definitely a must see for anyone who wants a taste of what’s to come at the People’s History Museum in 2019.” 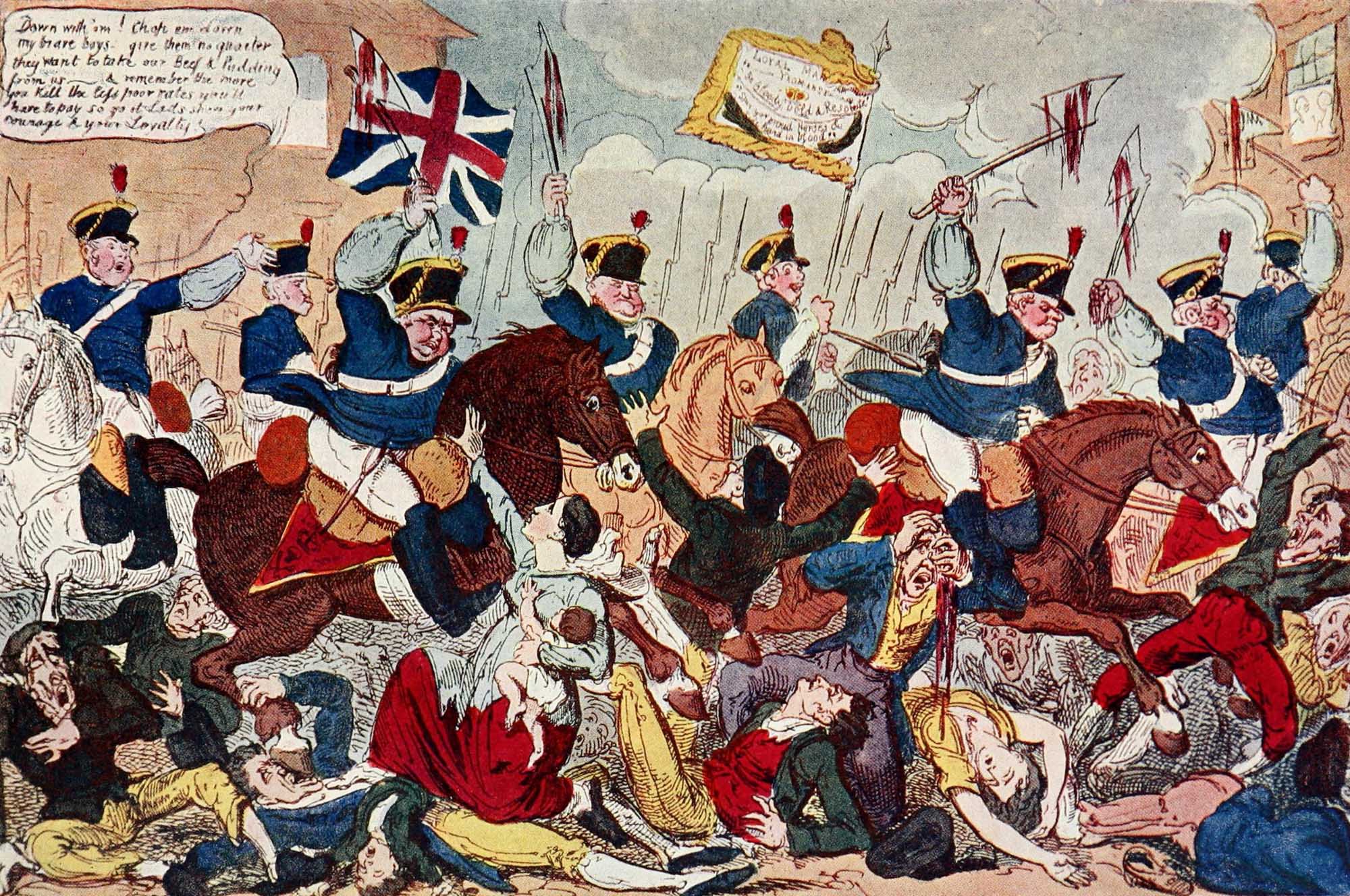 George Cruikshank’s The Massacre of Peterloo or Britons Strike Home. 1819.

Between now and 2019 the museum is working in partnership with the Working Class Movement Library to build on the strengths of both collections by acquiring material related to the fight for the vote, from the Peterloo protest in 1819 to lowering the voting age in 1969.

From January 2019 the museum’s exploration of the legacy of Peterloo will begin with a new display of banners, specially selected to reflect key moments of protest, and in spring the museum’s headline exhibition Disrupt? Peterloo & Protest will open featuring objects from the museum’s unique collection, including original Peterloo artefacts alongside newly acquired pieces including the rare medal.

The New Peterloo Medal, which is on display at the museum until August 31 2018, has been acquired thanks to the Heritage Lottery Fund’s Collecting Cultures programme, which supports museums, libraries and archives to develop their collections through acquisition projects.