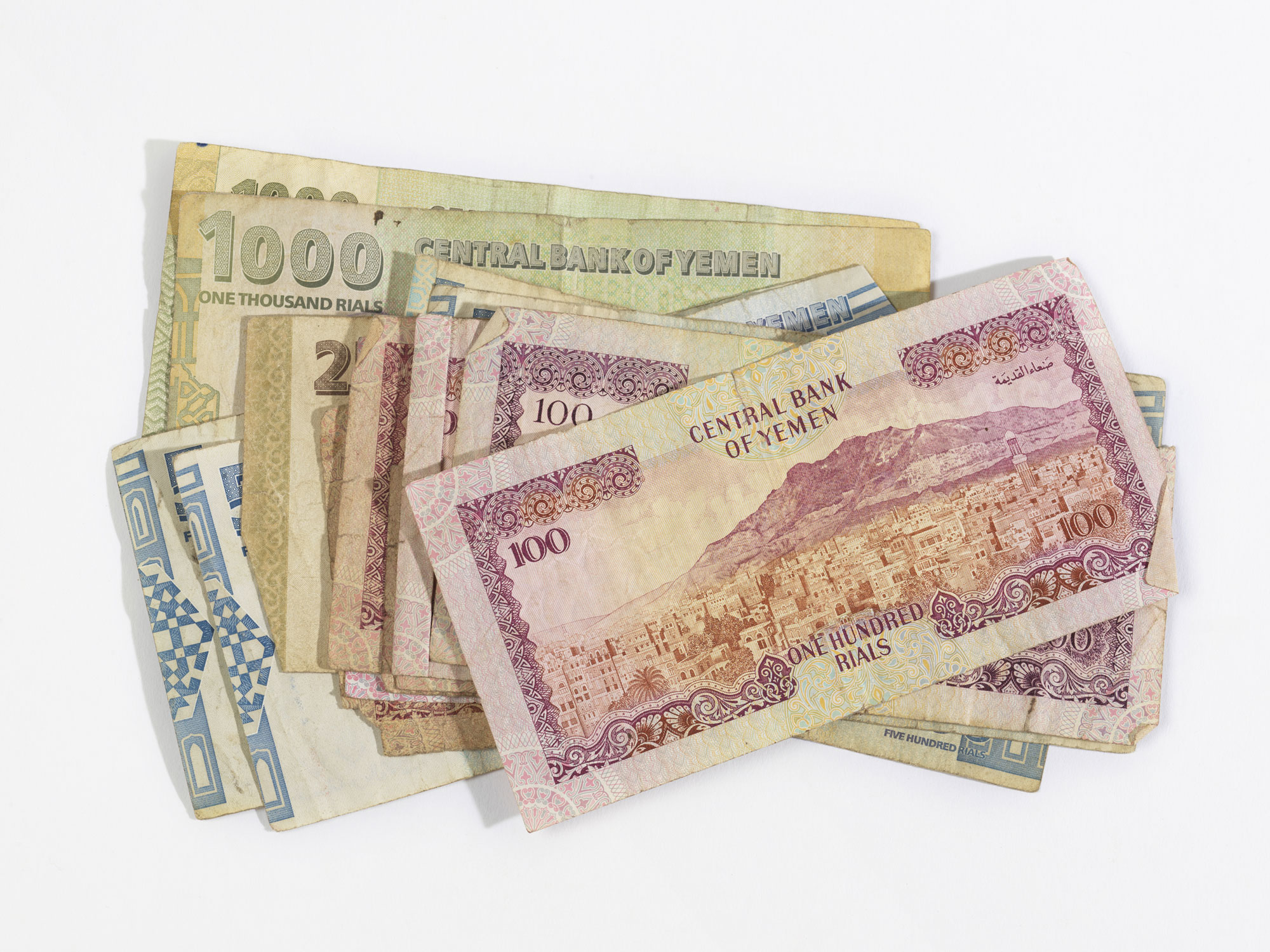 Chris Cooper, Senior Curator, Contemporary Conflict at IWM talks us through ten objects from the IWM North exhibition Yemen: Inside a Crisis, which opens on May 17 2019 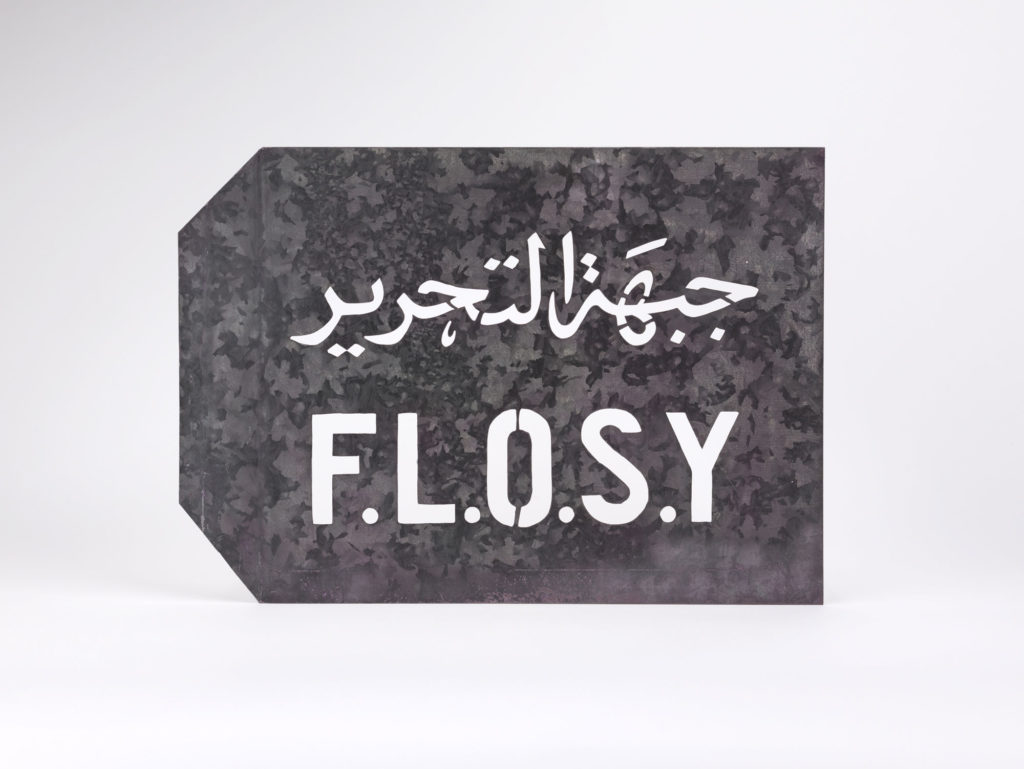 This is one of the objects contextualising Britain’s involvement in Aden. Britain was involved in Aden since the 1830s, it’s a very important location on shipping routes to India. But in the 1960s following the Suez Crisis and the growing anti-colonialism prompted by what was happening in Egypt, various groups established themselves in Aden and in South Yemen in opposition to what they saw as British occupation.

The Aden Emergency, as it was called, started in 1963 and these groups were active from 1963 to 1967, conducting attacks on civil and military targets until the British withdrawal in 1967.

FLOSY stands for the Front for the Liberation of South Yemen and these stencils would be used to plaster political graffiti all over the walls around Aden as a kind of territorial marking and a way of stamping their message. Graffiti is a really important tool for putting out these messages and you can see it happening today all across the Middle East in places like Libya and particularly in Yemen still. In the exhibition we’ve commissioned a local Yemeni graffiti artist who does a lot of stencilling work in Yemen at the moment and whose work is a reflection on the current crisis. 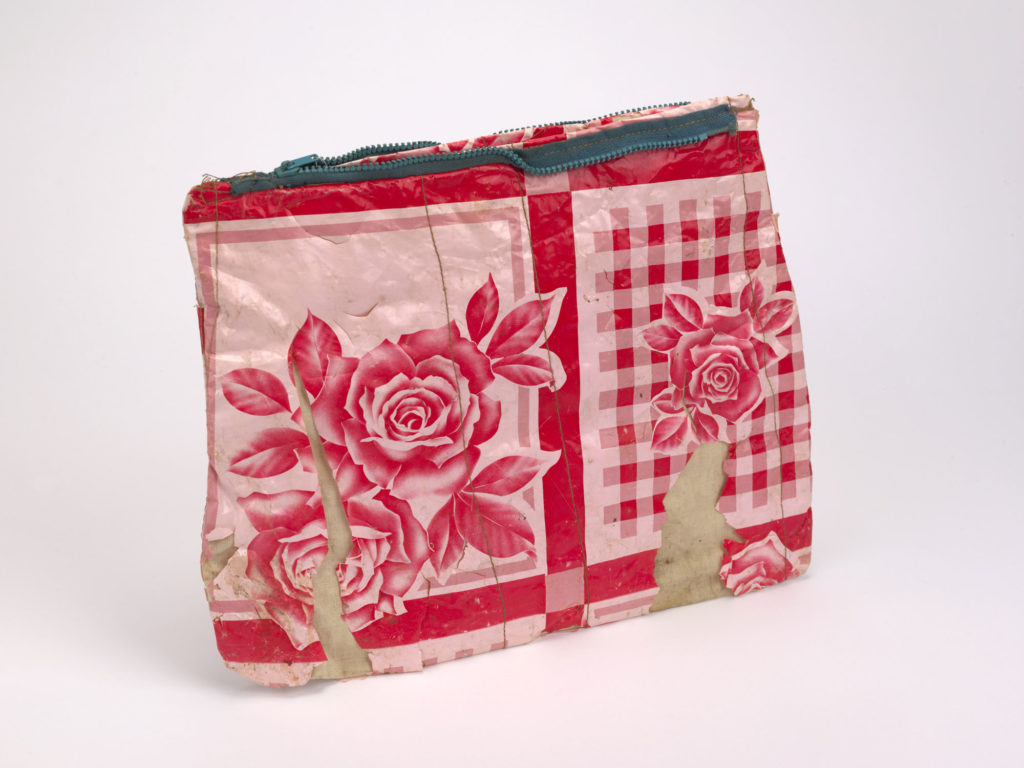 This washbag was used to conceal a murder weapon, a pistol, which was used in the murder of two Aden police officers in 1966. This was during the disturbances that preceded independence being granted to South Yemen by the British and it’s reflective of the sort of attacks which were happening in increasing numbers against British occupation. The pistol is also in IWM’s collection. It was found by members of the British Army and given over to the Aden police as part of their investigations. 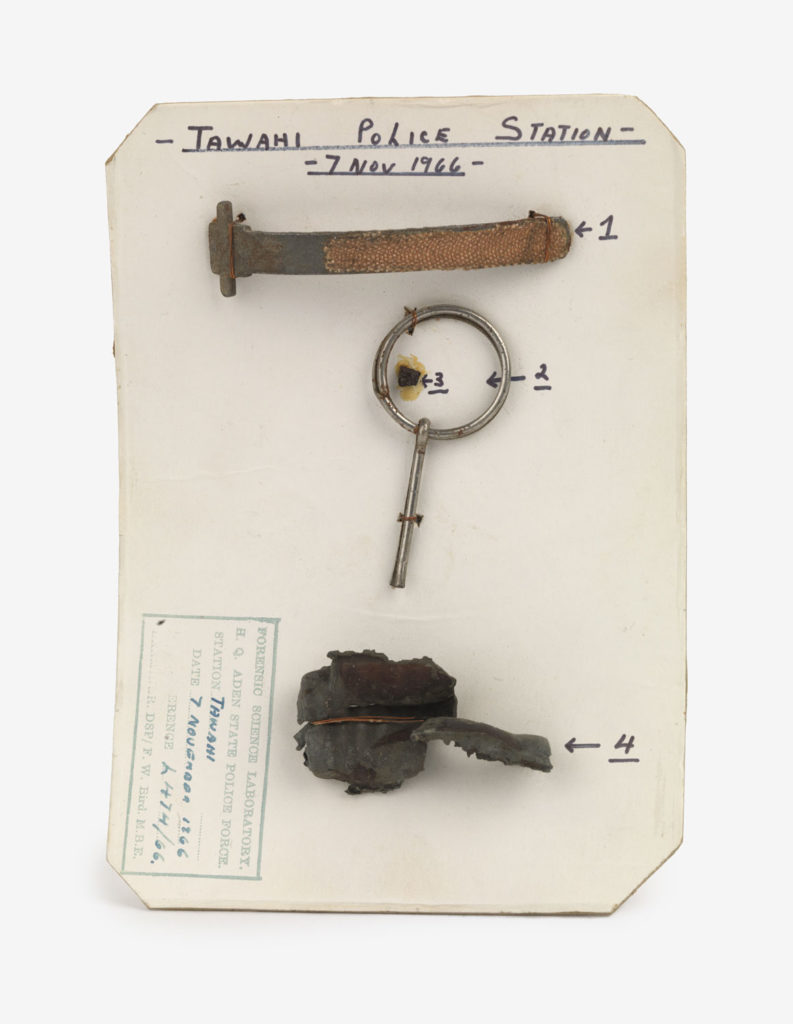 These grenade fragments were also part of an ongoing police investigation following a grenade attack on a police station in Aden in 1966. Again they are really reflective of that terrorist campaign against British rule, which eventually forced the British to withdraw from Aden in 1967, earlier than they had intended. The British had always intended to keep a military base in Aden, as they did and still do throughout the Empire following the drawdown, but because of the intensity of the attacks it just became untenable.

This was a point when Britain was withdrawing from a lot of the Empire, so there were counter insurgencies going on across the Empire. I think Aden is perhaps one of the lesser known examples but a lot of national servicemen will have served in Aden and there were quite a number of British military deaths out there, as there were in other places. 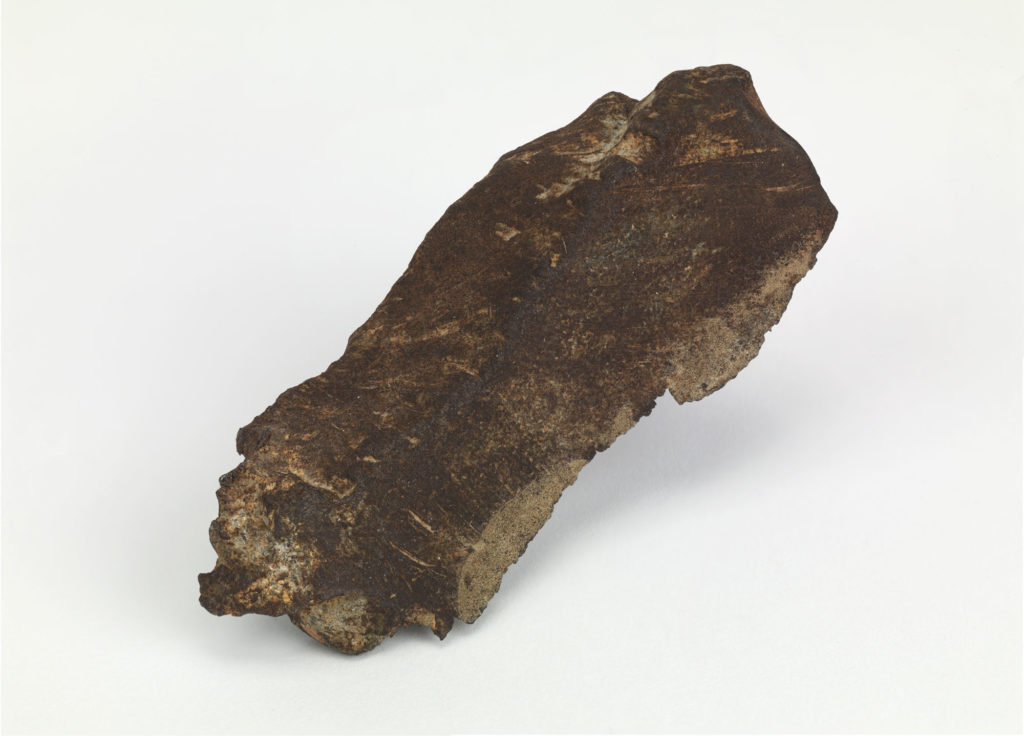 This piece reflects the water, food and health crisis in Yemen and what it means for the next generation of Yemenis. It is a metal fragment identified as being from a high explosive shell or a mortar round that was picked up in the rubble of a water plant in South Yemen. There have been allegations that all sides of the conflict have been targeting civilian infrastructure as a weapon of war. Destroying water facilities adds to the crisis, the lack of access to safe drinking water helps spread diseases like cholera. So this is one of the key objects in the exhibition.

We get a lot of our objects from people working out in Yemen at the moment. We worked with a special advisor called Iona Craig, who is a journalist who has done a lot of work out there. She has many contacts, local Yemenis, people on the ground and we’ve also been working with a lot of aid organisations like Mercy Corps, Save the Children and people like that. It’s been a bit of a challenge getting things into and out of the country but I think we’ve managed to get some pretty striking objects. 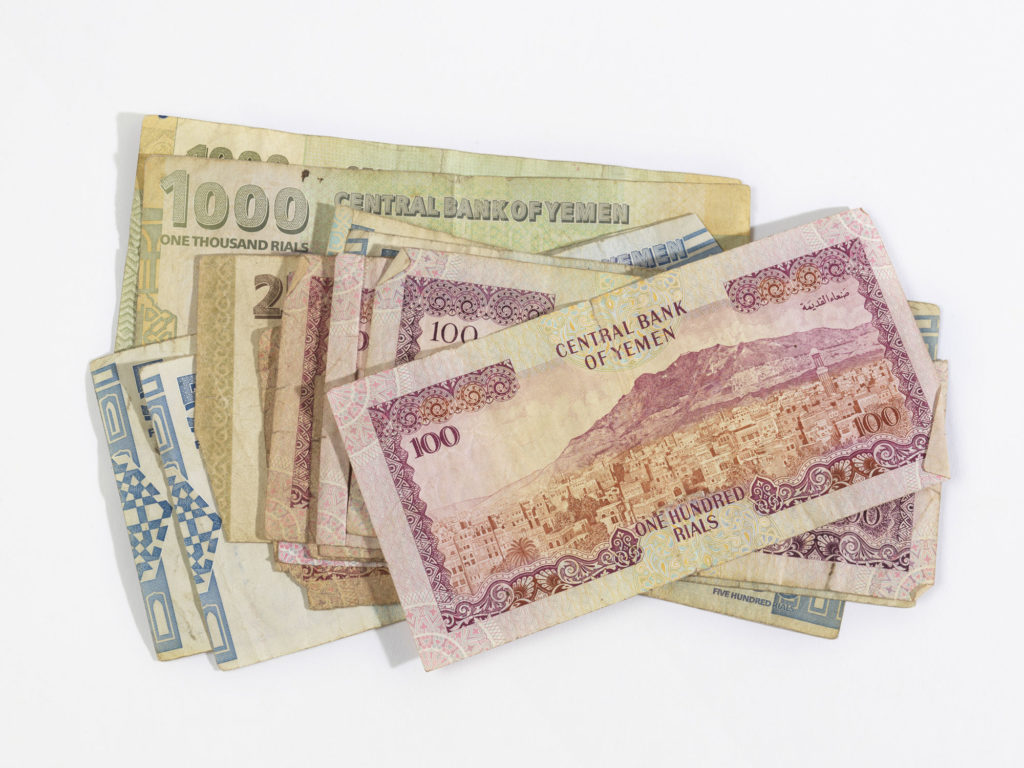 These rials are sitting in our Food section. There’s a lot in the news about Yemen being on the verge of famine, but there is food available and these Yemeni riyal reflect the fact that its Yemen’s economy that has been most devastated by the conflict. The weakening of the rial has meant that it’s partly responsible for the increase in food prices across the country and that more than anything is what is affecting people’s ability to access food.

Yemen imports about 90% of its food and in order to do that they have to buy US dollars with the rial. Both inflation and the depreciation of the currency together with the cost of fuel and everything else means that food prices are extortionate. 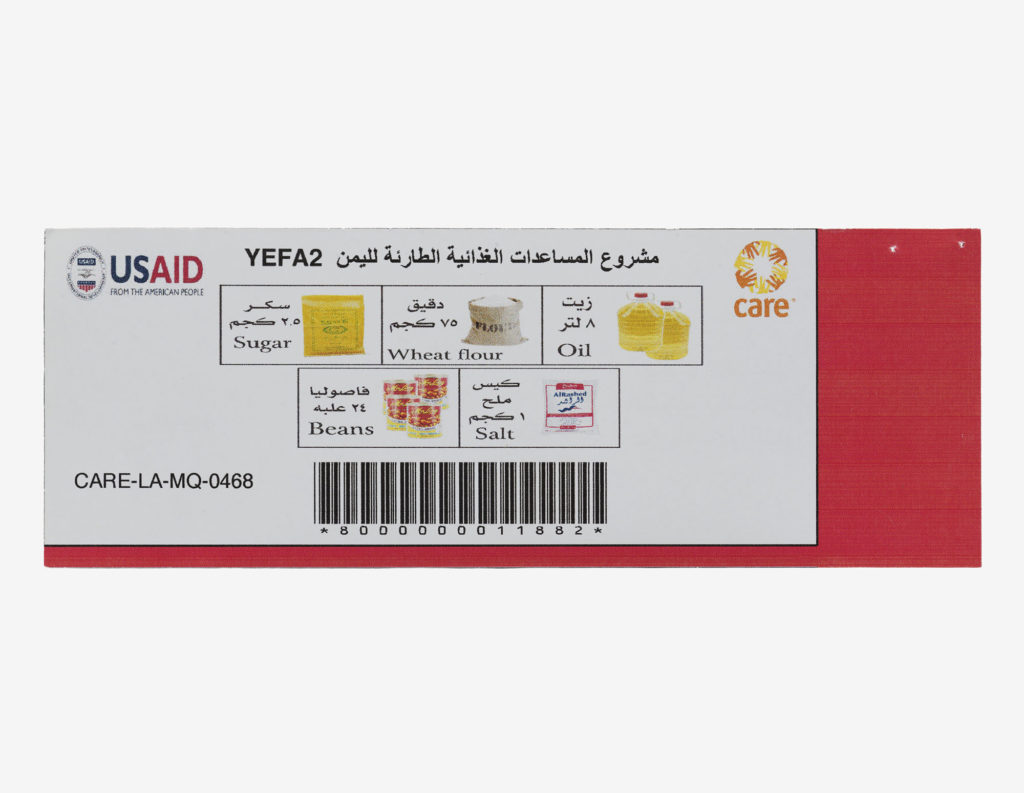 This is a food voucher distributed to local people which has come to us through Care International. About 67% of the population in Yemen is food insecure and most people can’t afford to buy food because of the destruction of Yemen’s economy – yet food does still reach the local markets. What aid organisations are increasingly doing now is providing either food vouchers which people can exchange in local markets for food or they’re just providing them with cash, which is far better for the local economy.

Eventually the idea is that when the crisis is over and Yemen starts to hopefully recover, some of the infrastructure and local businesses will still be in existence and people will become less reliant on aid organisations providing them with food so they can return to work – and almost carry on as normal. 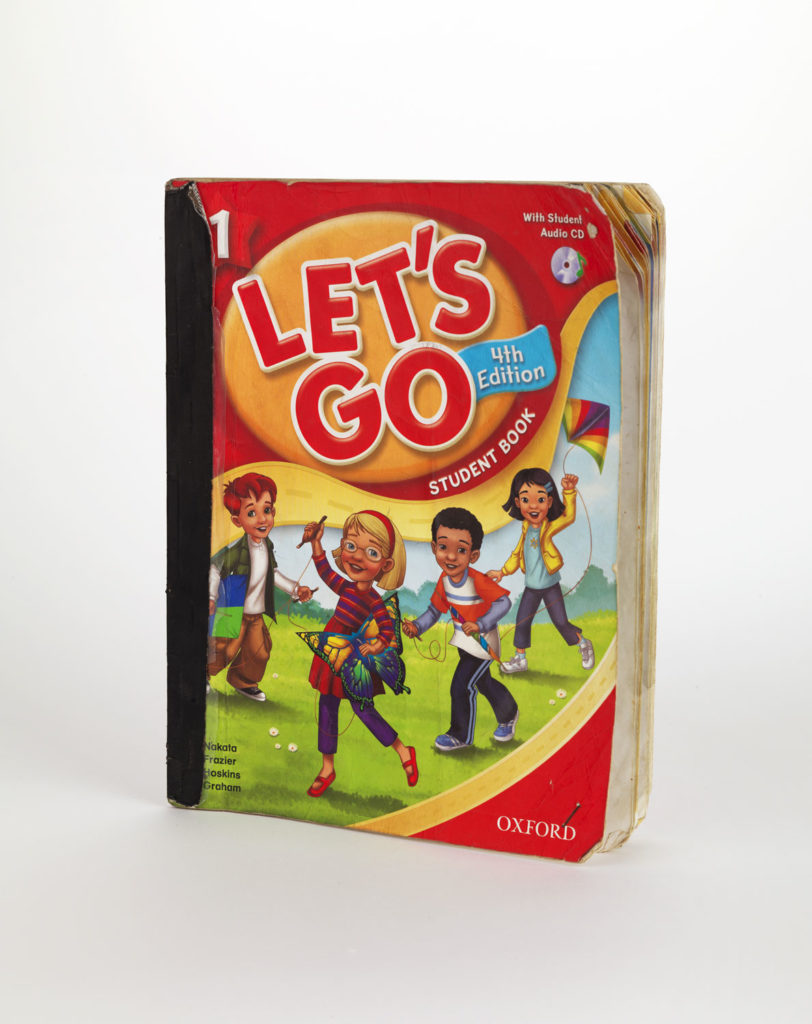 This workbook comes from a private school in Yemen and was given to us by a member of Mercy Corp. At the moment public schools aren’t functioning in Yemen, partly because a lot of them have been targeted or occupied by all sides in the conflict, or they’re being destroyed or being used as safe houses or bases by fighters. So access to education is a real issue for children in Yemen. This English language workbook was used in a private school, which costs an awful lot of money for people lucky enough to be able to afford education. But even in these private schools it’s not every year that teachers are receiving salaries or available to teach. This exhibit sits in a section looking at the impact the crisis is having on the next generation of Yemenis and what the long-term implications of that will be. 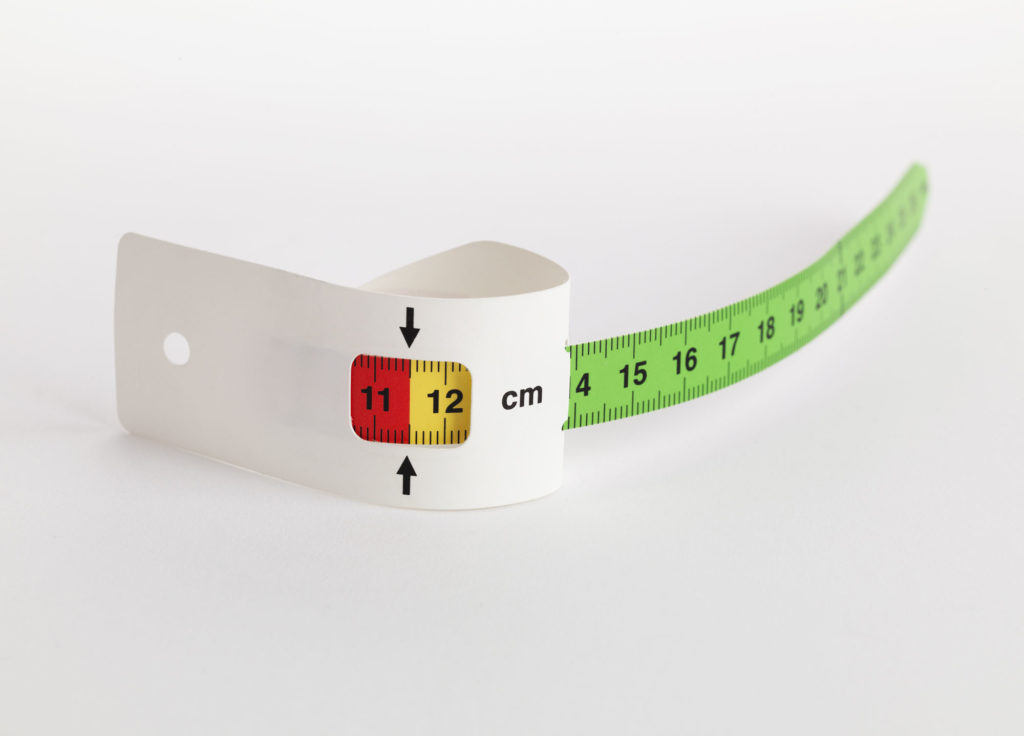 An estimated 7.4 million people (out of an estimated 30.5 million population) require services to treat or prevent malnutrition. About 2 million acutely malnourished children are under five years old.

This is a pretty standard tool used by medical clinics and doctors around the country to assess how severe a person’s malnutrition is. It was donated to us by Mercy Corps and came from a team operating out of primary health clinics and mobile medical clinics focussing on nutrition screening.

In Yemen about 50% of hospitals are functioning at the moment, so actually getting access to some of this medical treatment is a major issue. These mobile medical teams rove around the country providing access in local areas. 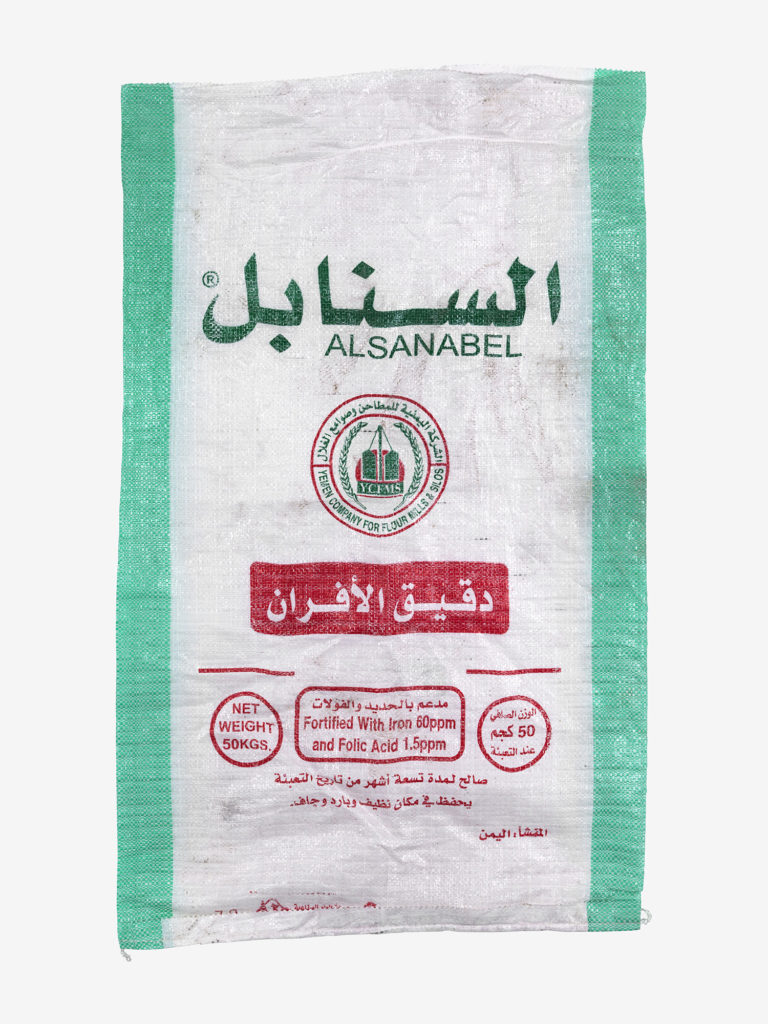 Flour is a basic commodity in Yemen; it’s what provides most people with their food. This bag of Al Sanabel flour (one of the most common brands) was purchased by a local Yemeni man in his local market. He told us that flour has become cripplingly expensive as Yemen imports about 90% of its food. With the weakening economy, the purchasing power of civilians has been devastated. 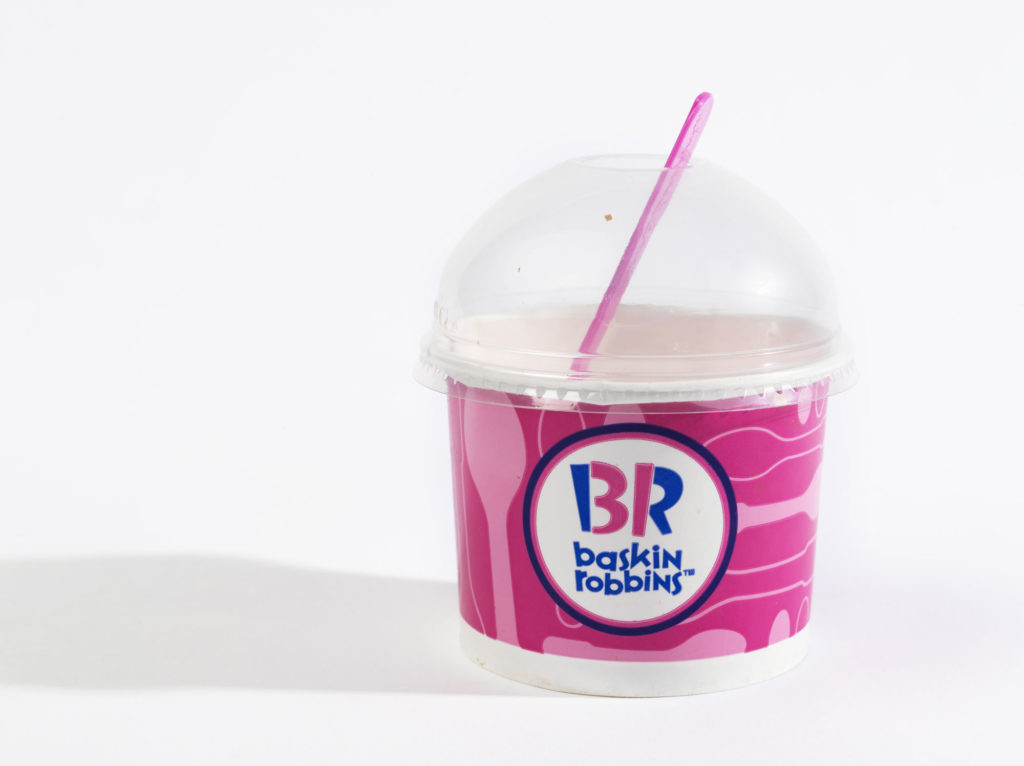 Despite Yemen’s near famine conditions, in the midst of the crisis there are still luxury goods like ice cream available. This one was purchased fairly recently in the Baskin Robbins outlet in Aden. Baskin Robbins still has numerous branches open across the country. The man who purchased this for us (he is one of our contacts we’ve been working with through Iona Craig) told us that the price of a scoop of ice cream has increased three times since the war started. When you put that into the context of the economic crisis, people losing their jobs and work not being available, people not getting paid, and all the rest of it, it’s quite amazing there are still these luxury food outlets operating and even expanding in some cases.

The multi-award winning IWM North is a great day out for all ages. Designed by world-renowned architect Daniel Libeskind to represent a globe shattered by conflict, it reveals how war shapes lives through personal stories and powerful exhibitions; the Big Picture (a 360 degree light and sound show), tours, object…