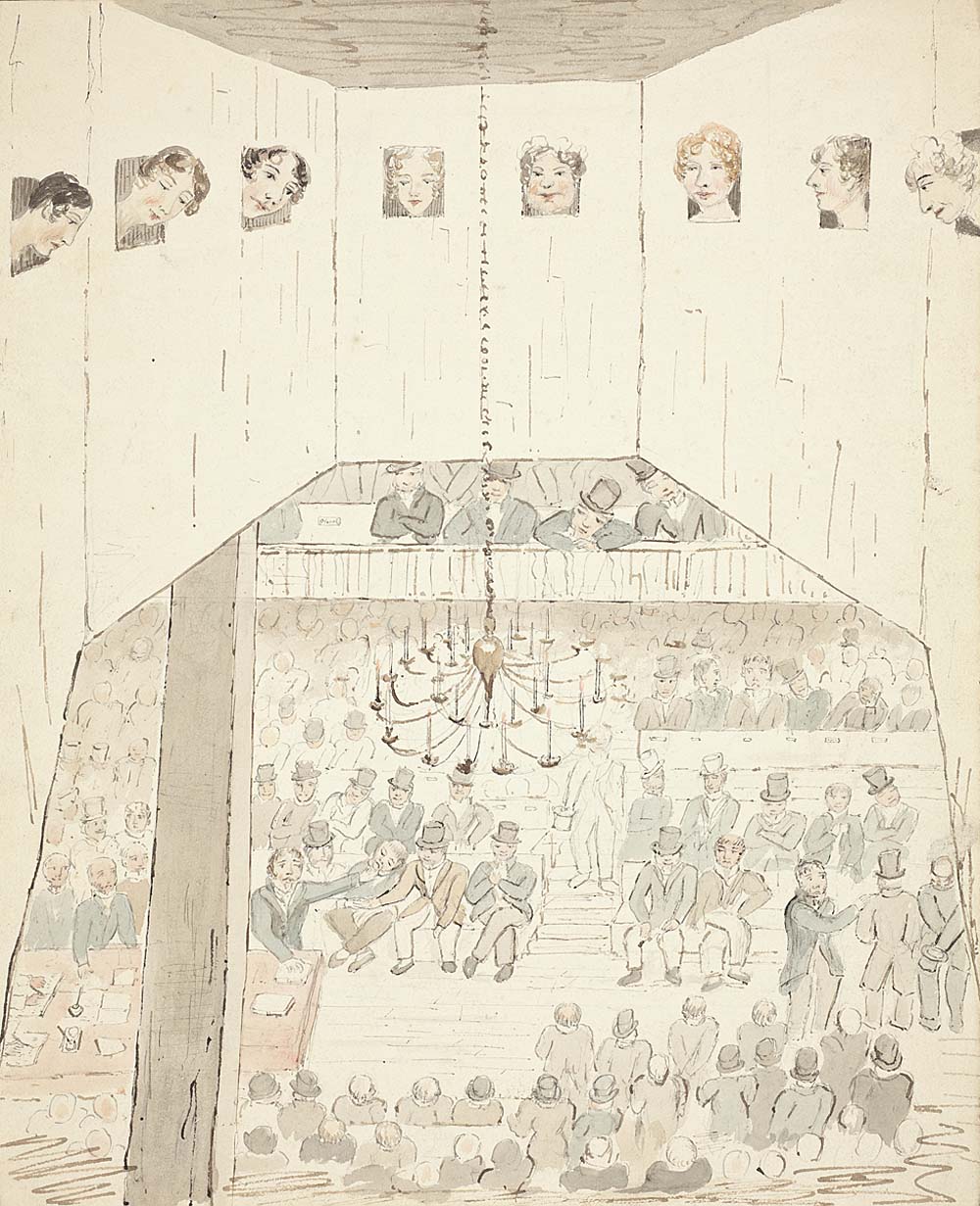 Two hundred years ago, this bizarre arrangement – known as the ventilator – was where women watched and listened to Parliamentary debates.

Women were banned from the public galleries in 1778 after a debate about the American War of Independence led to a disturbance that parliamentary records describe as “a riot” in the stranger’s gallery.

Following the ban, politically engaged women who wanted to watch discussions of issues they were campaigning for, such as the abolition of the slave trade, would make their way up to this claustrophobic space – essentially a loft space above the House of Commons chamber above the strangers gallery – to peer down on the men below.

It was hot and uncomfortably cramped in the ventilator – so called because it was situated above the chamber’s air ventilator – and it could only seat eight women, who were kept at a safe distance without any fear of interruption to the ‘grave and sober temper’ of the house.

This sketch, believed to have been painted by Lady Georgiana Chatterton, a novelist whose now forgotten books include Aunt Dorothy’s Tales (1837) and Rambles in the South of Ireland (1839), was recently discovered tucked in the back of a volume of watercolours by Rebecca Dulcibella Ferrers in the extensive archives of the Baddesley Clinton Estate (1200-1981).

The volume has been cared for by the Shakespeare Birthplace Trust since 1992, when it was deposited by a member of the Ferrers family. 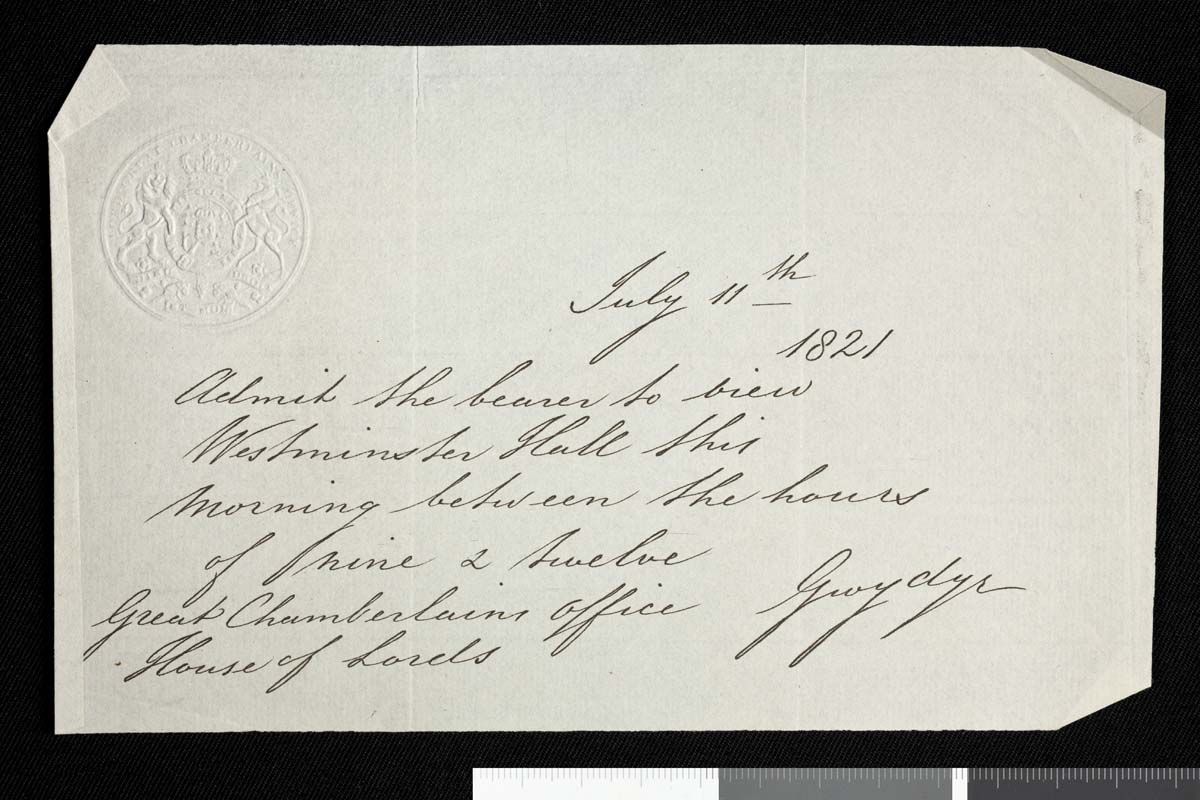 After being shared on Twitter by researcher Simon Pickering, it was recognised by parliamentary archivist Mari Takayanagi as an image of the ventilator in the House of Commons.

Pickering discovered the rare depiction in a sketch book where Lady Georgiana collected a variety of paintings and sketches by both herself and her friends, and it was next to two tickets to Westminster Hall dated 11th July 1821.

This was the day of the King’s Speech to the House of Lords. Georgiana would have been 15 at the time, and due to her social status, it is highly likely that she would have attended such an occasion with a chaperone. The painting shares artistic features with other paintings signed by Georgiana, although the watercolour of the ventilator itself has no signature.

“A complex symbol of both political subjugation and, paradoxically, the determination and perseverance of women”

“The discovery of this watercolour of the ventilator is an exciting moment in the telling of the ‘her-story’ of women in Parliament,” says Amy Galvin-Elliott, a PhD student who has been working at the Palriamentary Archives as part of a joint project with Warwick University.

“It is a rare and unique example of an artwork representing early nineteenth-century women’s experiences of viewing Commons debates from a marginalised space.

“The ventilator is a complex symbol of both political subjugation and, paradoxically, the determination and perseverance of women. At a time when we are commemorating the centenary of the Representation of the People Act, the ventilator is still a pertinent symbol, and we have much to learn by looking back to it.”

The WSPU sash of Alice Hawkins, a suffragette from Leicester. Credit: Parliament WOA 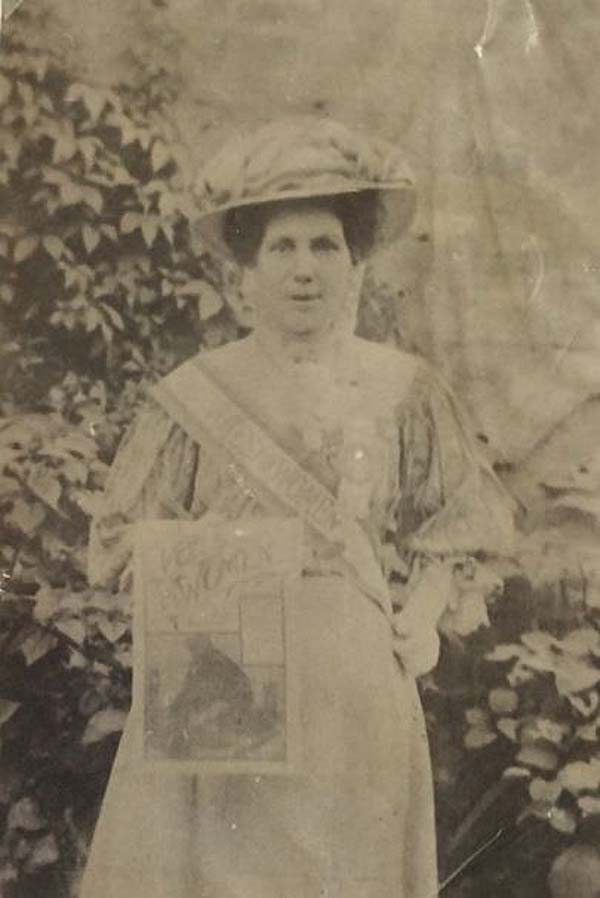 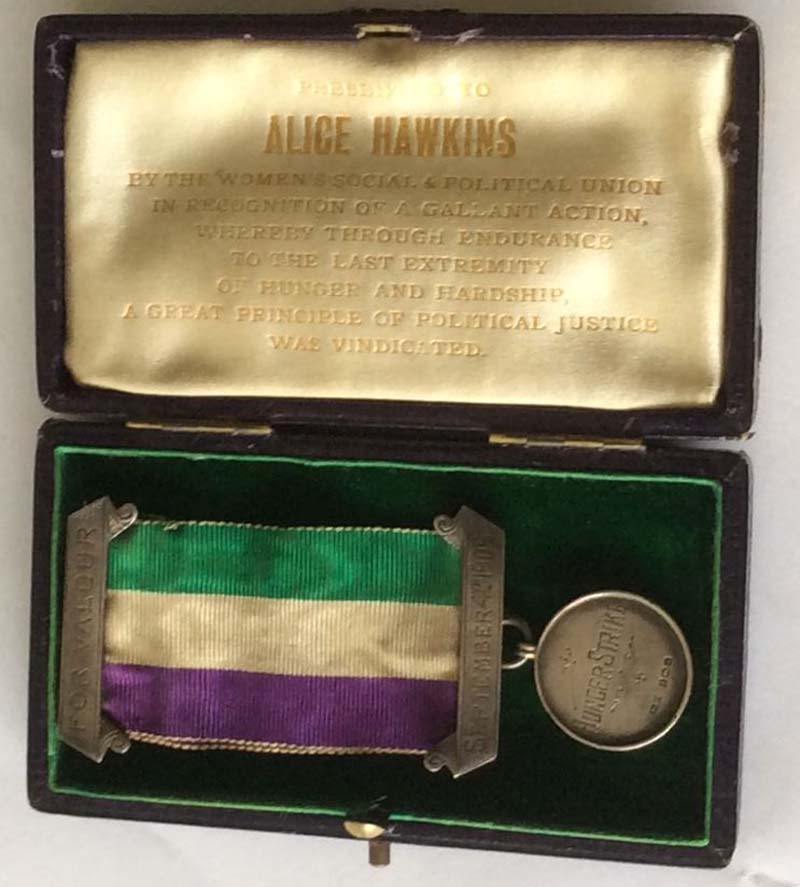 The sketch went on display for the first time as part of the exhibition Voice and Vote: “Women’s Place in Parliament” which opened in 2018.

Telling the story of women and parliament, the exhibition used interactive technology to help recreate lost historic spaces that were used by women in the Palace of Westminster, but it also included key historic objects from Parliamentary collections and significant loans from around the UK.

One of the star loans revealed the story of Alice Hawkins, a WSPU suffragette from Leicester who was jailed five times for campaigning for women’s rights.

The loan from Alice’s family included her original Women’s Social and Political Union (WSPU) sash, a ‘Holloway’ portcullis brooch and her hunger strike medal, awarded by the WSPU for “a gallant action”.

Buried in a pauper’s grave, Alice’s heroic actions are now recognised with a statue of her in her home city of Leicester.

Parliamentary records are at the heart of our democracy. They have embodied our liberties, rights and responsibilities for over five hundred years. The Parliamentary Archives helps Parliament work more efficiently and openly, enabling it to make its decisions and act as effectively as possible. And we want to inspire everyone…