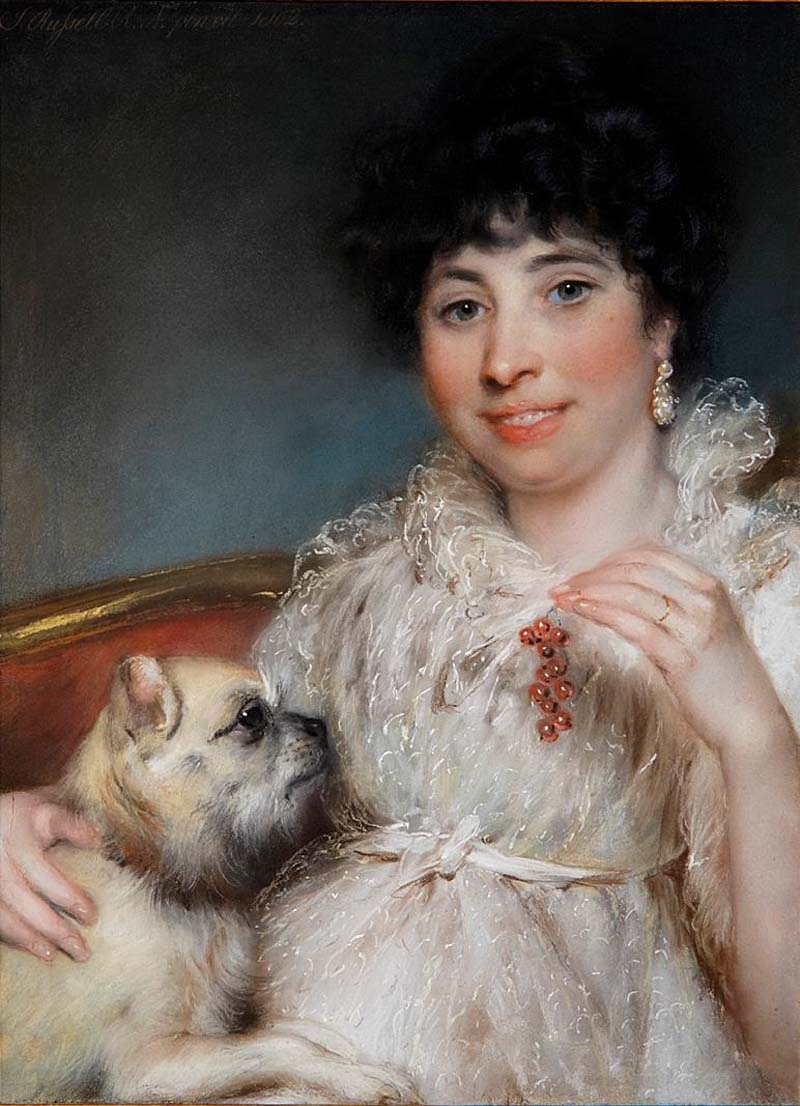 Here in the Captain Cook Memorial Museum, Whitby, we have a very eye-catching portrait of Elizabeth Bligh by John Russell.

Elizabeth was the wife of Rear Admiral William Bligh, famous for the mutiny of his crew on HMS Bounty in 1789. Contrary to his portrayal in the Hollywood films, the events of the mutiny have been debated ever since; he was officially exonerated and although stern, history tells us he wasn’t the tyrant he was made out to be.

In the event, he managed to navigate the remaining crew to Timor – an incredible 3,618 nautical miles (6,700km or 4,160 miles) in an open longboat, skills learned from his time sailing with Captain James Cook. In 1794 he was awarded The Society Arts medal for his remarkable navigational feat which lasted 42 days.

His wife, Elizabeth, who he called Betsy, was by all accounts a refined, charming and well-educated woman who added to our knowledge of the natural world through her celebrated shell collection. 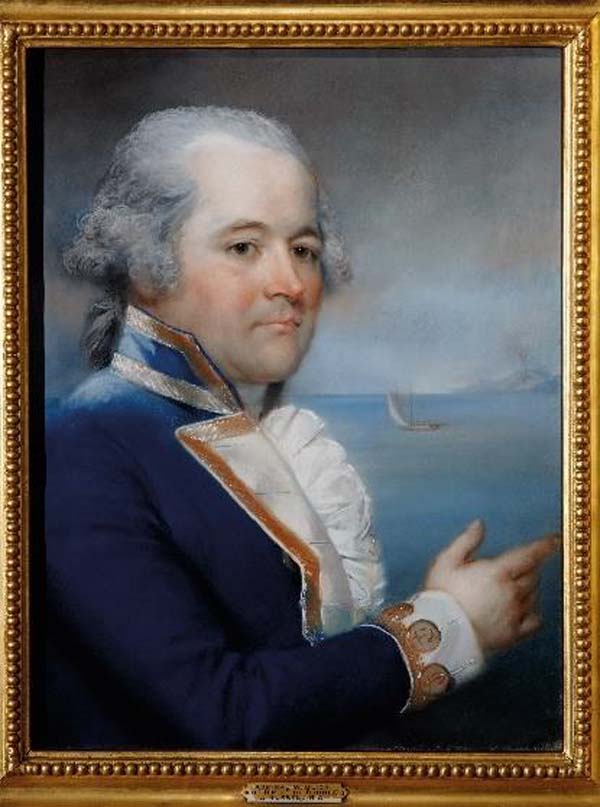 She was born Elizabeth Betham in Glasgow in 1751. Her early life was spent in the Isle of Man and her father, Richard Betham, was the Collector of Customs at Douglas. During her life on the island, she started her fledgling career as a conchologist, i.e. a shell collector.

As her father worked with sea captains, Elizabeth would have had many opportunities to acquire shells from seafarers and hear the stories of their origin. She met William Bligh in 1780 soon after his return from Captain Cook’s third and fatal voyage aboard Resolution on which Bligh had served as Master.

It was an instant love match which became a successful marriage on Valentine’s day in 1781 at Onchan on the Isle of Man. Her shell collection became a symbol of love between them as William would collect shells and present them to her on his return from voyages.

Socially well connected and a great asset to William’s career, Elizabeth became his greatest ally and stood by him and campaigned for him throughout their lives together. William was known to be a difficult, blustery and vainglorious man and it is thought she may have been his only true friend. He did, however, have two patrons: Sir Joseph Banks the famous botanist and Elizabeth’s uncle Duncan Campbell. Campbell was an influential shipowner, merchant and overseer of the convict hulks on the Thames. 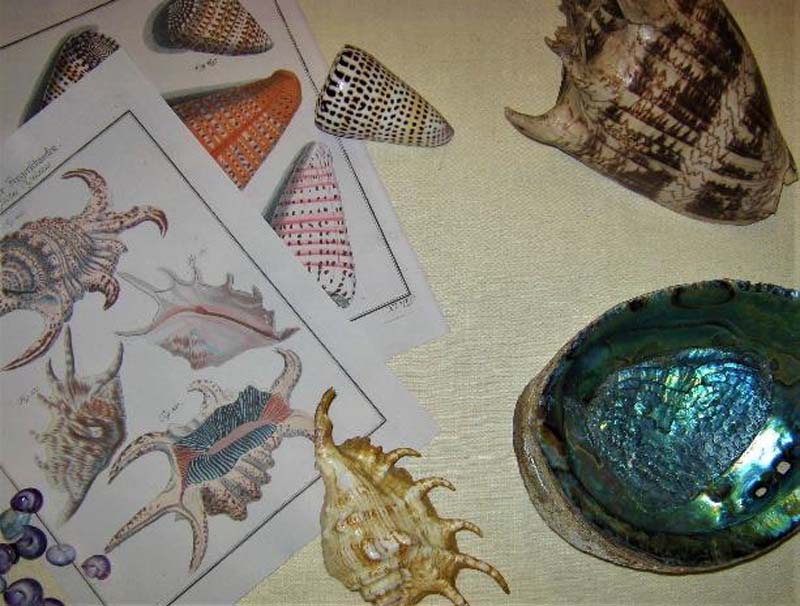 We know that William was devoted to Elizabeth and sourced most of her shells during his voyages, including detailed notes which allowed her to share in his exploration and voyages. The resulting eclectic collection is tangible proof of the places he visited which included Australia, East Indies, Jamaica, Fiji and many of the Pacific islands.

Through her husband, she would have heard stories and been well informed about his voyages and would have certainly heard about that last voyage on Resolution and the death of Captain James Cook. Elizabeth was also a friend of Sir Joseph Banks and through him would have known the leading lights in London and The Royal Society of which he became President.

After a stellar career in the Navy rising to Admiral, William Bligh was appointed Governor of New South Wales on 14 August 1806 but Elizabeth declined to join him and stayed in London. She was used to a marriage that meant spending long years apart but she probably missed a great chance to collect shells for herself.

Elizabeth had a beautiful cabinet made for her collection which was six feet wide, over four feet high and 2 feet in depth. It contained 40 drawers made of mahogany and the interior was lined with wood from Botany Bay. Her most valuable shell was the Imperial Volute which was sold separately after her death for nearly £9, which was a fortune for a shell at the time. 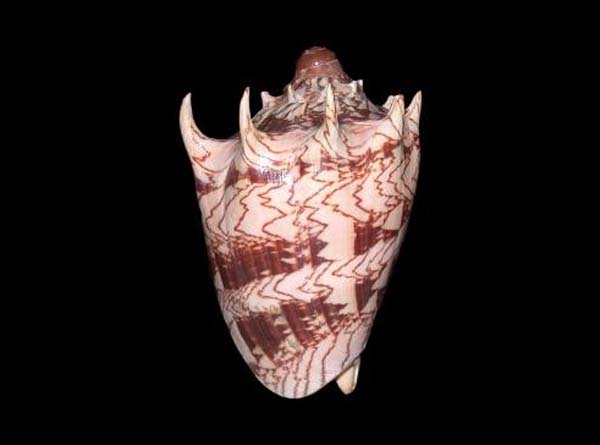 In 1811, pictures of a few of Elizabeth’s shells were published in “Conchology, or the Natural History of Shells” by George Perry. Elizabeth died aged 59 in 1812 and her entire collection was bought by John Mauwe, a dealer in The Strand, London. After studying the shells, in 1821 he published “The Voyager’s Companion or Shell Collectors Pilot “.

This was considered the world’s first shell collecting guide and was followed in 1822 by “Catalogue of the Rare and Valuable Shells which formed The Celebrated Collection of the late Mrs Bligh”, written by William Swainson in London. The appendix contained scientific descriptions of many new species and where they were found.

Elizabeth had eight children, six daughters, two of whom were twins and lastly twin boys. Not uncommonly in those days of high infant mortality, she lost her last children, the twin boys just a day after their birth in 1795. Conversely, her daughters all made it to adulthood.

But what can her flattering portrait tell us? It was painted in 1802 when Elizabeth would have been 49 or 50 and it is one of a pair, the other being of her husband William Bligh. It was drawn in pastels by John Russell RA (29 March 1745 – 20 April 1806) who was renowned for his portrait work in oils and pastels.

In 1788 Russell was elected a Royal Academician and in the same year he painted a portrait of the naturalist Sir Joseph Banks. It may well have been her great friend, Banks who introduced him to Elizabeth Bligh or the other way around.

There are many portraits of Mrs Bligh but ours is a pastel rather than an oil painting and the background is very muted making Elizabeth brightly eye-catching. She is wearing an expensive white lace dress which is depicted in exquisite detail. Her pearl drop earrings are obviously real and valuable and her gold wedding band is clearly shown. 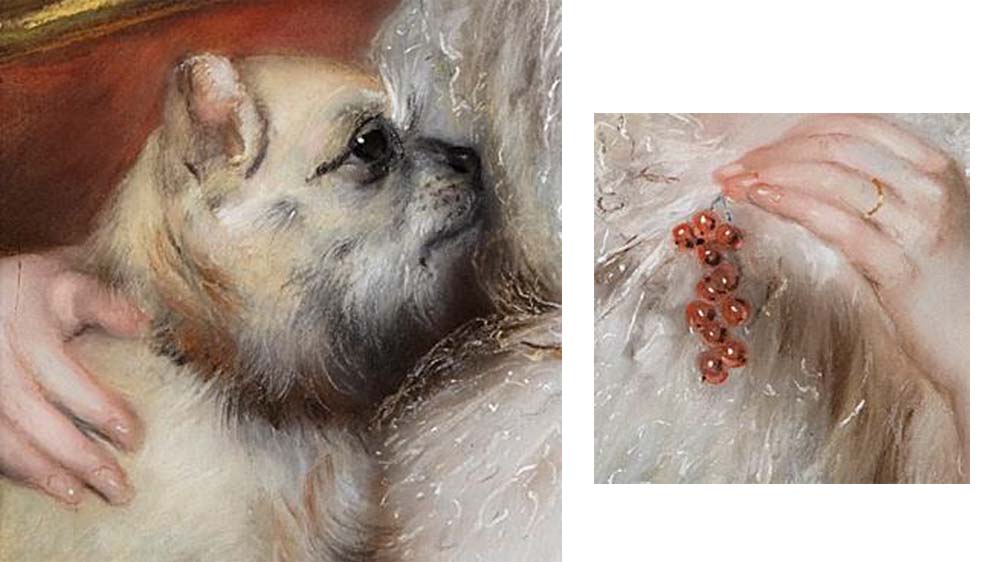 There is much symbolism in the painting which was common at the time. Her little dog perhaps represents the loyalty and trust which Elizabeth showed to her husband throughout their lives and lap dogs were also very popular with owners wealthy enough to keep a non-working animal just for pleasure.

The exact reason for her holding a bunch of redcurrants is unsure but they do have health benefits and the fruit has been used in face masks to brighten and firm the skin. A far safer ingredient than was usual in cosmetics in the 18th century. Her skin is certainly bright and healthy looking.

However, women in paintings symbolically holding fruit could also allude to “forbidden fruit” and the fact that she is showing her teeth also gives the impression that she might have been more than a little naughty even though she is wearing her wedding ring. 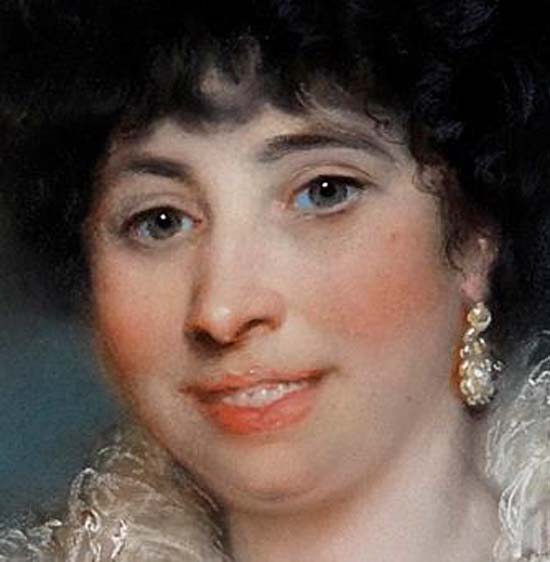 It is very unusual for teeth to be shown in portraits of married women at the time. Of course, we don’t know this for certain and remembering that her husband was far from popular, it could have been the painter, John Russell, being quite devilish himself. Elizabeth, at 50, certainly looks full of life.

Elizabeth’s portrait hangs next to her husband’s in our museum and together they make a handsome couple. But Elizabeth reminds us of the incredibly interesting, well-educated women behind the famous men of the 18th Century, who also have their story and have played their part in our history. 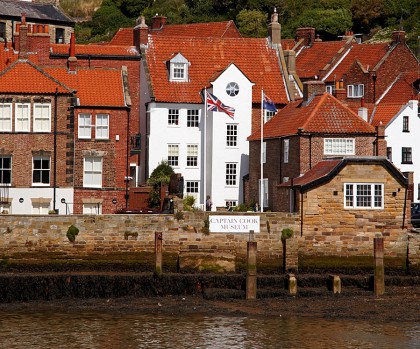