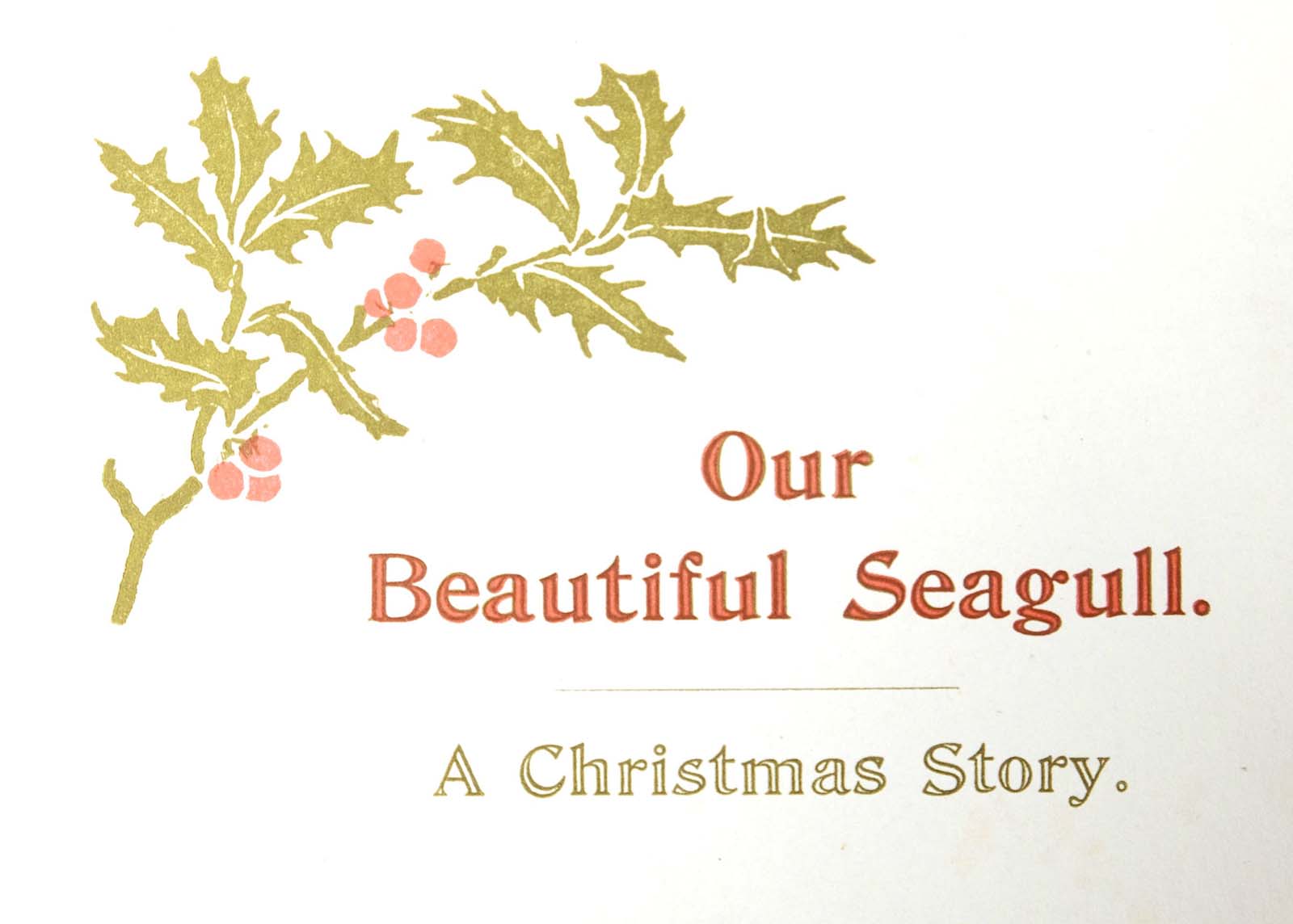 We associate various birds with Christmas, including robins, turkeys and partridges – but gulls?

This is a Christmas story with a difference. It’s probably one of the most quirky items in the Scarborough Collections – a glass case containing a stuffed herring gull, with a label bearing its dates of birth and death (1880/81-21 September 1897) and the following information:

“JHR reported in a letter to MTM (later Rowntree) on 21/9/97 that the bird, which had lived at ‘Westwood’ for nearly 15 years due to it’s [sic] inability to fly, had been drowned in a water tank. It had perhaps been blown in by a violent wind.”

The bird is accompanied by a holly-garlanded booklet entitled Our Beautiful Seagull – A Christmas Story, telling the tale of the bird’s life and death, illustrated by a black-and-white ‘photogram’ portrait. 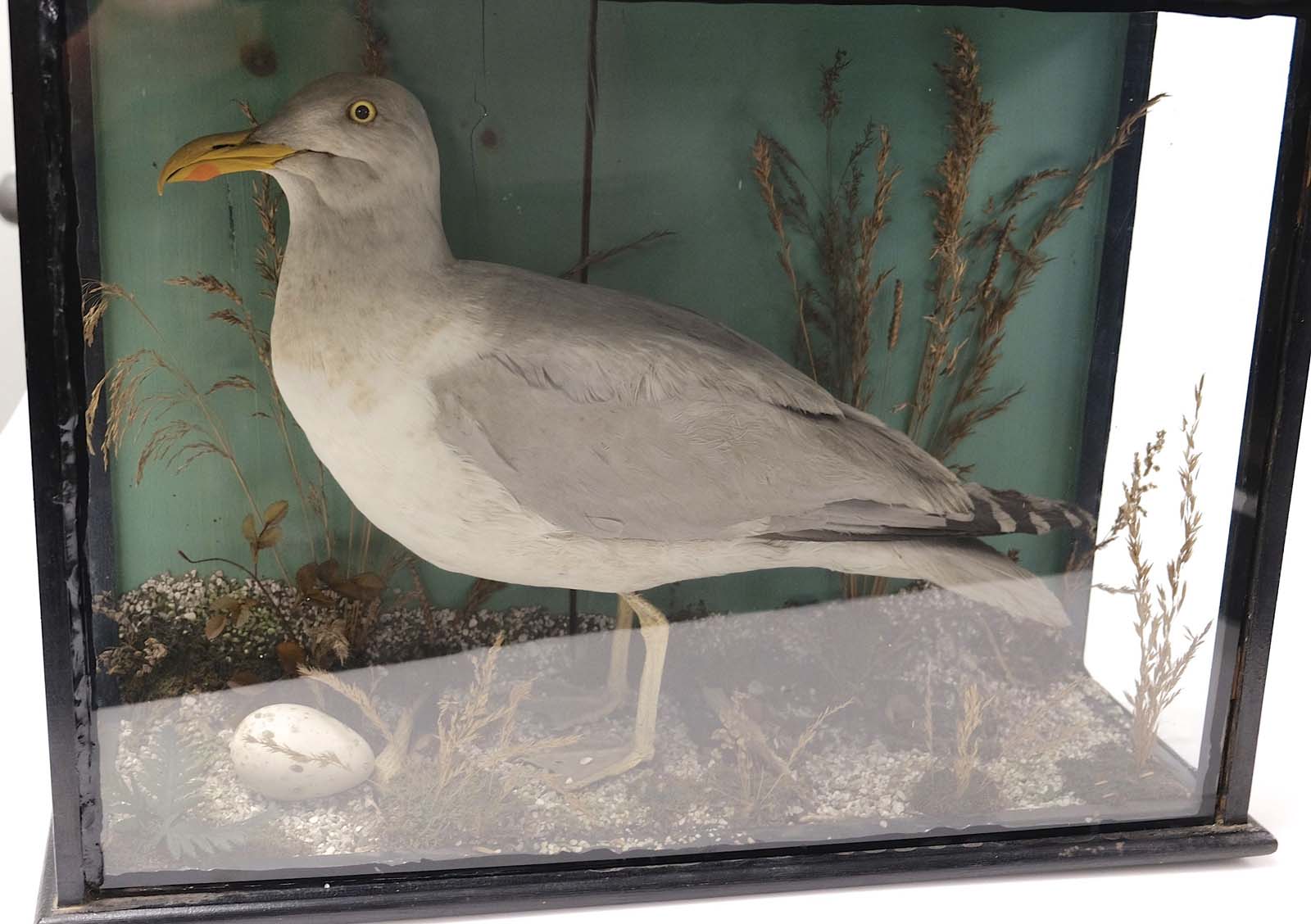 “Our garden is strangely silent and lifeless this autumn, owing to the death of the beautiful seagull, which for nearly fifteen years has been our cheery companion and friend, as well as the ornament of our garden,” it begins.

The bird, which was missing part of one wing and unable to fly, had taken up residence in the writer’s garden early one morning ‘walking about… as if it was its natural home’.

Before long, it had become part of the family, coming to the dining-room window for scraps of food which it shared, perhaps unwillingly, with other garden birds and the family cats; it apparently had a particular fondness for one which it had known since kittenhood. “Raw fish, as its natural food, it seemed to like the best; but picking the bones of fowls or rabbits gave it great pleasure, and beef it preferred to mutton.”

A small water tank was placed in the garden for its use – ‘after drinking as much as it required, [it] would go into the water and wash and splash for some time’.

At one point, its generous hosts decided the tank was too small and replaced it with a larger one – the gull (which despite their apparent fondness for, they never seemed to name) ‘very loudly expostulated with the gardener, and to our surprise persistently refused to make use of the new one, so that in the end the discarded one was brought back, evidently much to the gull’s satisfaction’.

We learn of its close friendship with the gardener, and how it enjoyed a shower of rain, but hated the sound of fireworks at the Spa; and how an injured common gull, its damaged wing amputated by a ‘kind doctor’ was put with it to act as a companion, but as the newcomer was ‘really very unkind to our pet, a good home was provided for it near York, where it was also an object of considerable interest until it was killed by a fox’. 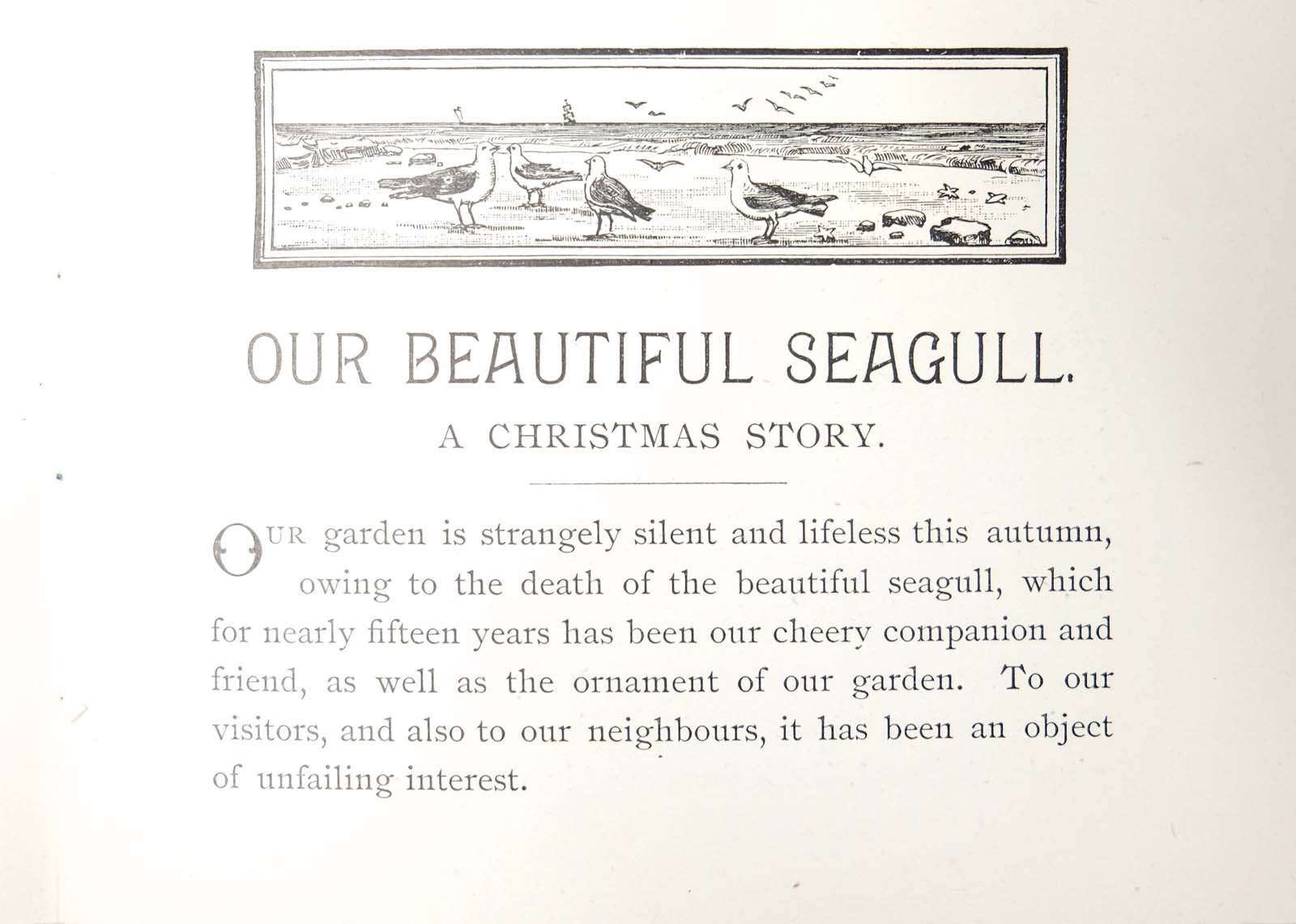 When it saw a member of the family at the window, it would utter a ‘peculiar little note of satisfaction; the same by which it was wont to greet the moon when shining brightly in the night’.

The day before its death, it was ‘lively and loquacious’ – the following morning, the gardener found it ‘quite dead on one of the paths on which it had so often run up and down the garden’ (which rather begs the question of how it had got out of the water tank in which it had reportedly drowned).

And the Christmas connection? “I have called this little history of our pet a Christmas story, strongly desiring it may be a reminder at that happy time of the Glad Tidings of the Gospel, which were to be preached to every creature under Heaven, believing as I do that reflex benefit should accrue to the beautiful creatures which the All-Merciful Creator has so bountifully provided for the service, enjoyment and instruction of man.”

The writer of this eccentric little volume was Mary Stickney Rowntree (1812-1901), a member of the large East Yorkshire Quaker family based in Holderness. In 1847, she married William Rowntree (of the Scarborough shop fame). Their second son, James Henry Rowntree (the JHR on the label), was a keen naturalist and first president of the Scarborough Field Naturalists Society. The MTM is his future wife Margaret Therese Metford. 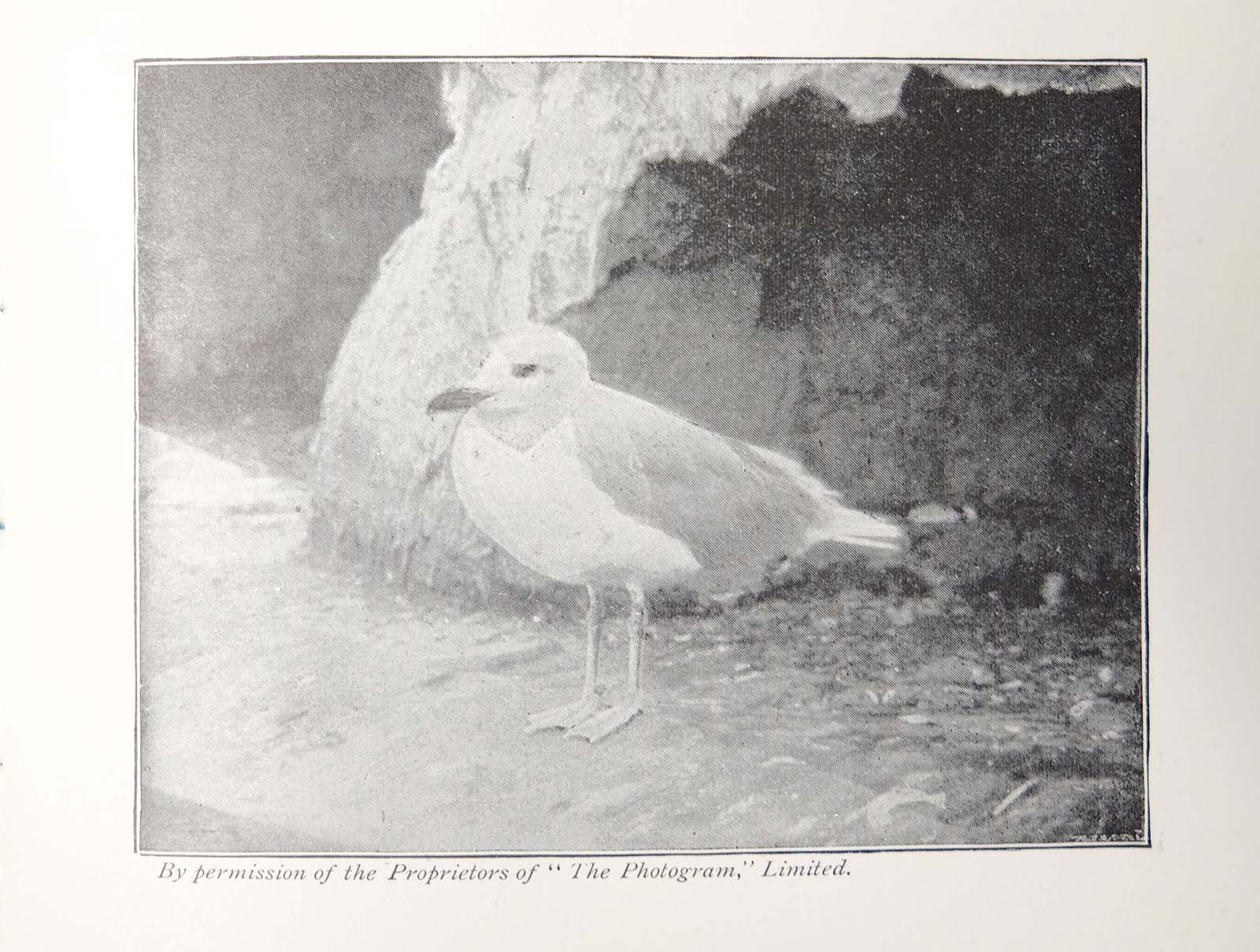 The seagull was a local celebrity. Courtesy Scarborough Museums Trust

The gull and its story are part of the Scarborough Collections, the name given to all the museum objects and artwork acquired by the borough over the years, and now in the care of Scarborough Museums Trust.

Scarborough Art Gallery, situated in Scarborough’s Regency Crescent just off the town centre, houses the Borough’s fine art collection. Our Gallery spaces tell the story of the town and its various influences over the years through the wonderful paintings which feature seascapes and views of Scarborough. Learn about the influence…

One comment on “The Victorian Christmas seagull of Scarborough”