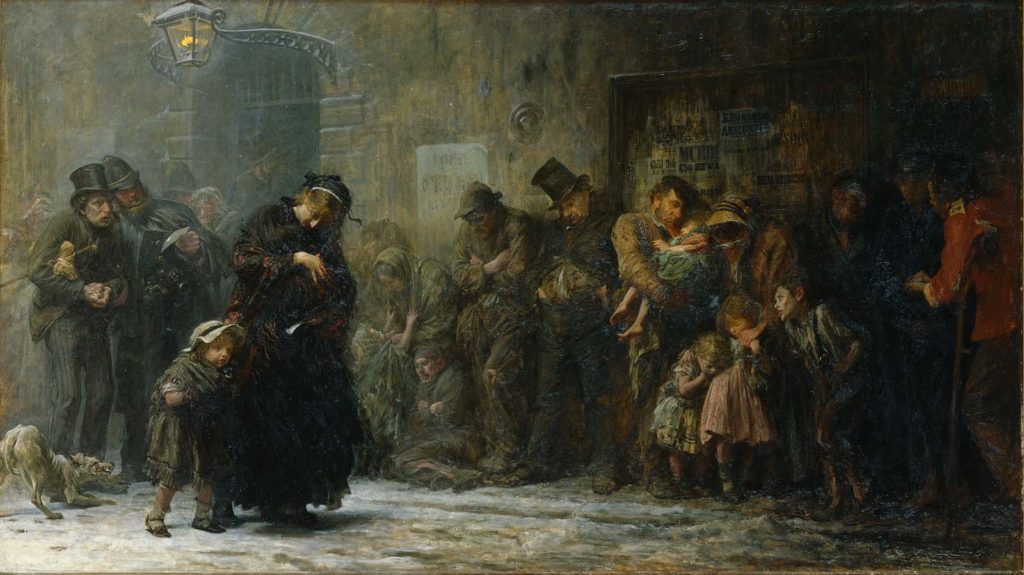 Can art change the future? In the mid- to late-nineteenth century, Victorian artists, viewers and critics increasingly believed it could.

From the 1840s, as issues of poverty, hunger and disease all became increasingly urgent in industrial Britain, a number of artists began to question how their art could benefit society.

Art & Action: Making Change in Victorian Britain explores how these artists sought not only to comment on social problems but to use their art to actively help solve them.

Key works by Sir Luke Fildes, Thomas Kennington and William Morris feature alongside G F Watts’s radical series of early social realist works that he painted in 1847 (Found Drowned, Under a Dry Arch, Song of the Shirt) to reveal how, in the Victorian era, art came to be recognised as a powerful tool that could enact social change, improve lives and ultimately shape the future. 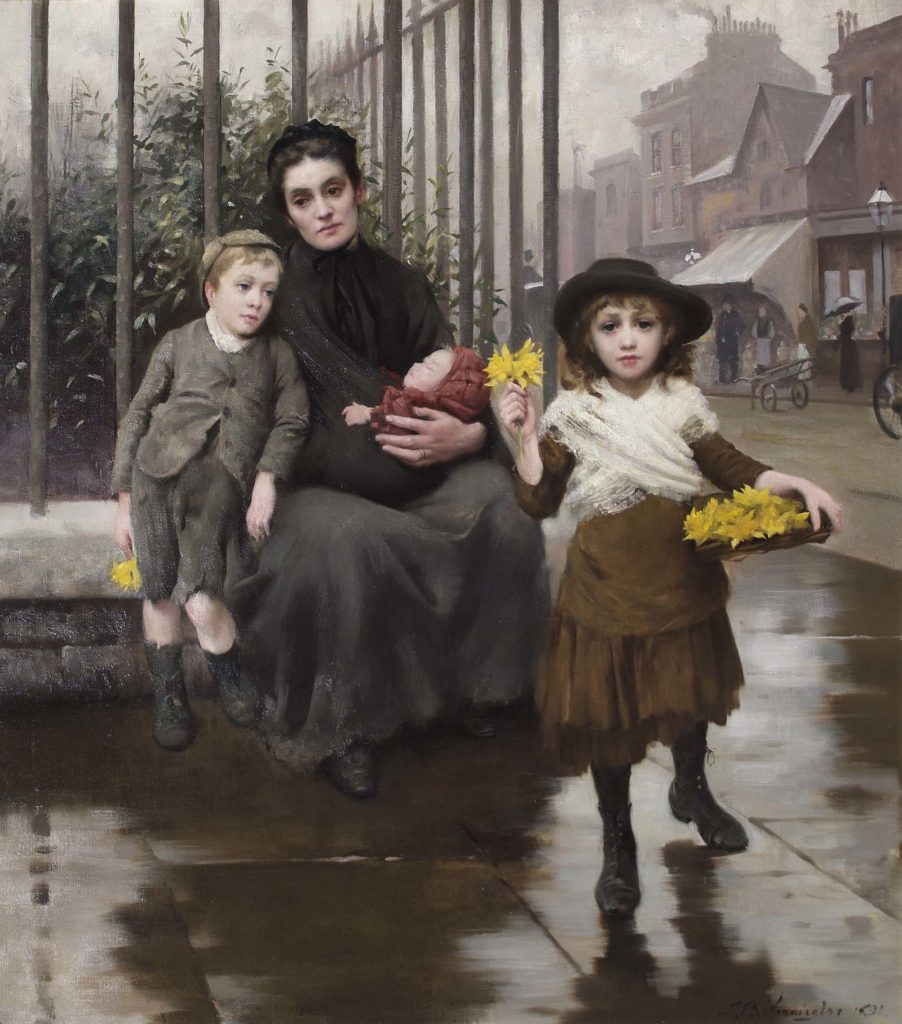 Thomas Kennington The Pinch of Poverty oil on canvas 1891 Coram in the care of the Foundling Museum. 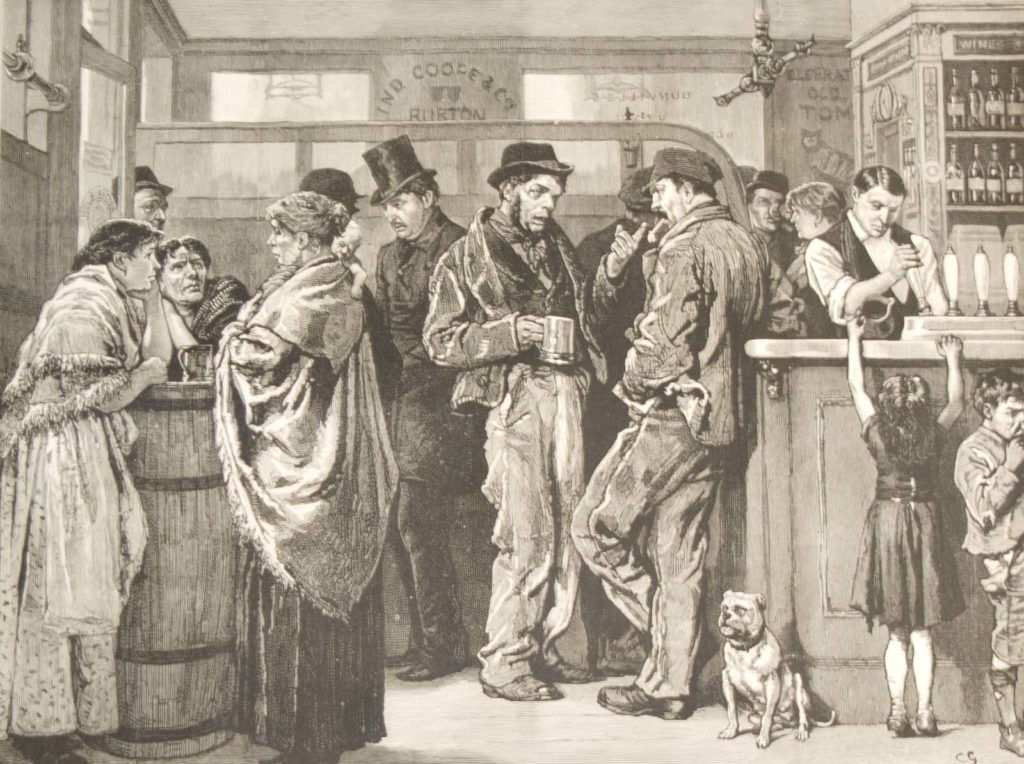 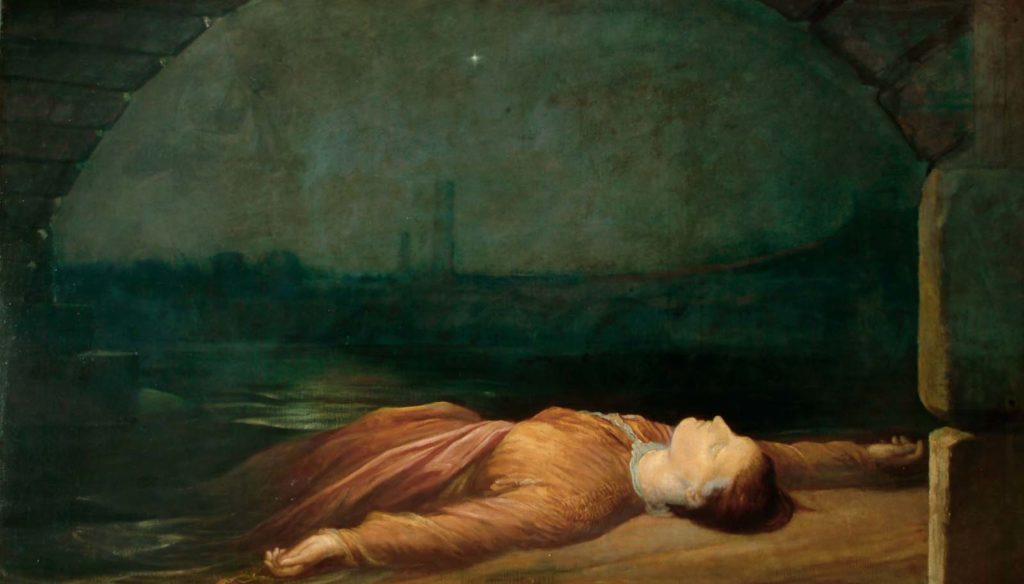 “Victorian social painting represented harrowing scenes of poverty and inequality, but what did it actually do to remedy these pressing issues?” asks guest curator of the exhibition Dr Chloe Ward. “This exhibition recovers art’s direct political contribution, revealing how it operated in conjunction with social campaigns to drive public awareness, debate, and reform.”

Often working in conjunction with social movements, Victorian artists were at the frontline of these reform efforts. From harrowing scenes of deprivation to idealised, sympathy-inducing images of suffering, artists believed in the power of art, which they hoped would have direct emotional effects on their viewers and ultimately lead to policy changes.

Such stark contemporary scenes were painted and exhibited on an unprecedented scale in British art of the period. The exhibition includes Sir Luke Fildes’s Applicants for Admission to a Casual Ward (1874, Royal Holloway, University of London) – one of the most celebrated works by one of the foremost social-realist artists in Victorian Britain.

The painting shows what might be termed a quintessential Dickensian street scene of Victorian poverty and vagrancy with men, women and children waiting by the side of the road outside a police station to be given a ticket for temporary admission to a workhouse for the night.

While many praised the painting, recognising it as a significant call to arms, some took offence at this panoramic portrayal of destitute families queueing for overnight accommodation in a workhouse.

One critic from the Saturday Review deemed it ‘too revolting for an art which should be to please, refine and elevate’. Dickens meanwhile was sufficiently moved to commission Fildes to illustrate his last and ultimately unfinished novel The Mystery of Edwin Drood.

Exhibited alongside this famous piece of Victorian social commentary are others like W A Atkinson’s The First Public Drinking Fountain (1859-60, The Museum of the Home, London) and Thomas Kennington’s The Pinch of Poverty (1891, Coram in the care of the Foundling Museum, London), as the exhibition considers how artists worked both within and outside of the boundaries of what was considered ‘acceptable’ in order to make their art constructive to their chosen cause. 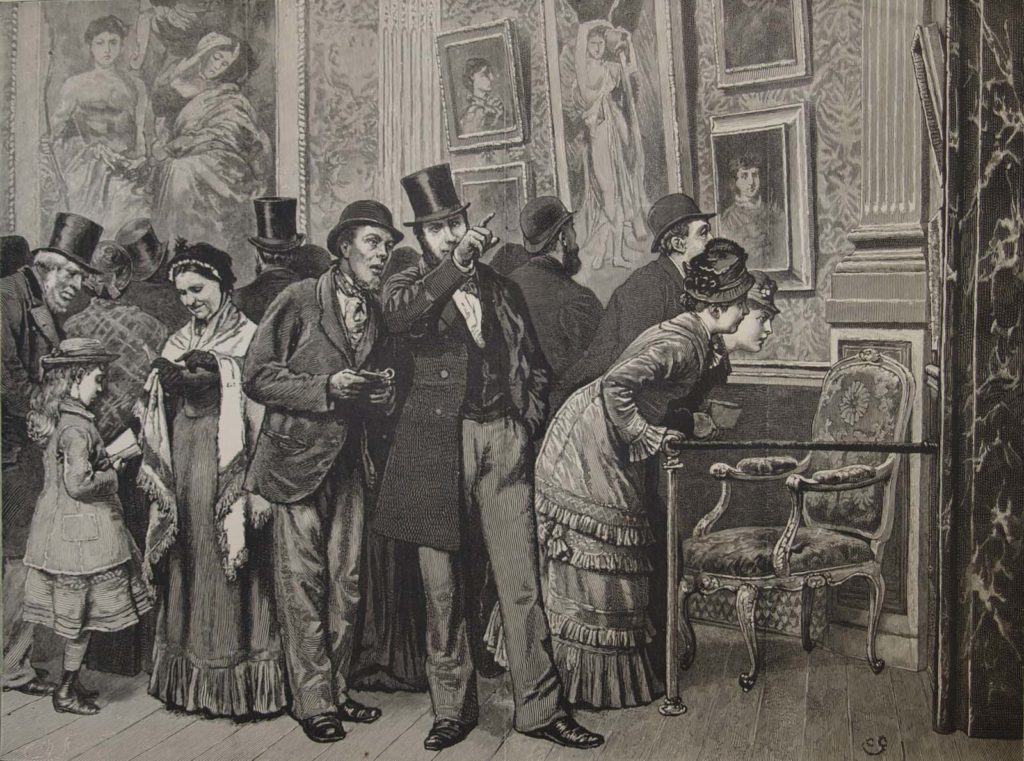 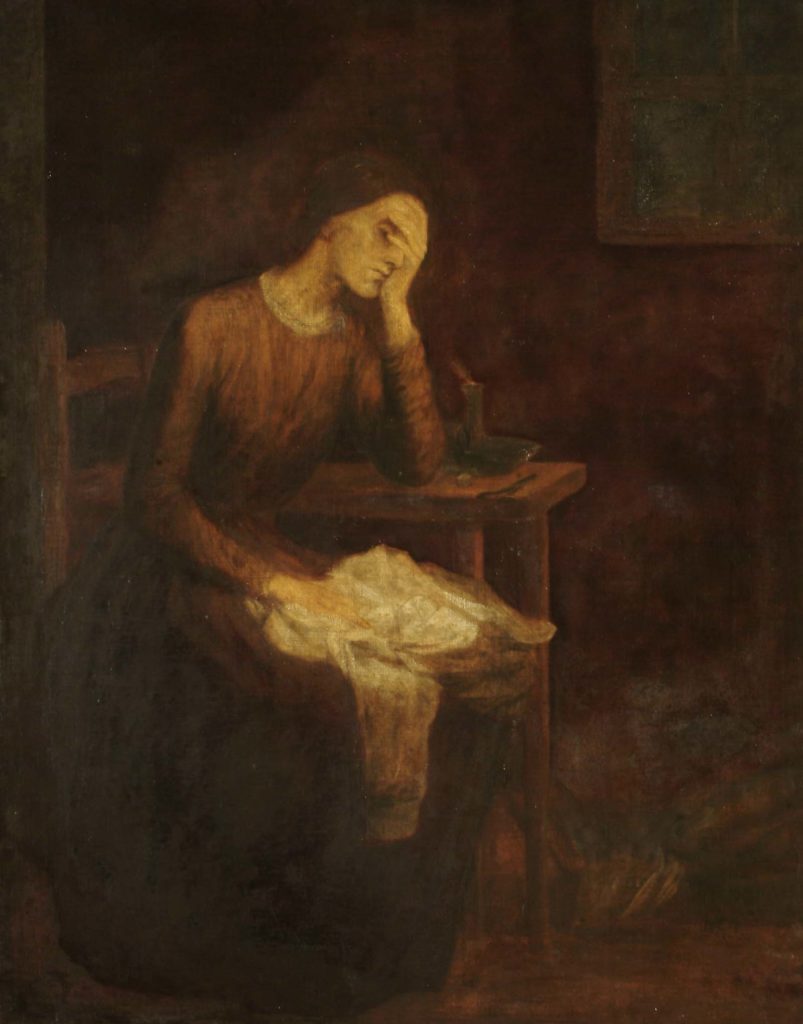 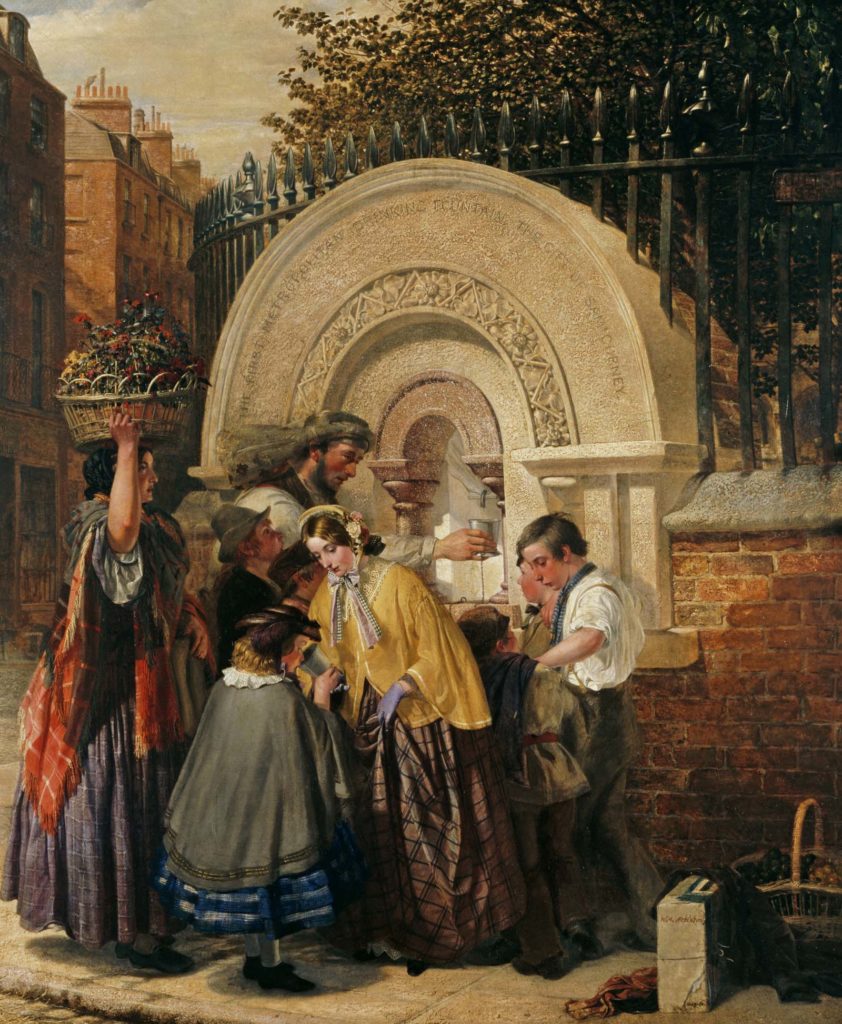 W A Atkinson, The First Public Drinking Fountain, 1859 -60. The Museum of the Home, London.

“From exploitation to epidemics, the objects in this exhibition address a number of pertinent issues that remain acutely relevant to audiences today,” says Abbie Latham, exhibition co-curator and Curatorial Trainee at Watts Gallery – Artists’ Village. “Visitors will have the opportunity to explore how our present day understanding of visual activism stems from these significant Victorian art practices.”

The exhibition takes up this story by exploring how the belief that improved access to the arts could help to eliminate social inequality – a topic that continues to be just as poignant today – was born in the later nineteenth-century, when the discourse on access to the arts led to significant changes in Victorian exhibition culture.

Projects like Samuel and Henrietta Barnett’s scheme to bring annual exhibitions to London’s poverty-stricken East End, which ultimately culminated in the foundation of Whitechapel Art Gallery, is just one of several projects that explored the impact of the arts on a wider demographic beyond the middle classes and above.

The exhibition also considers how changes in art production, promoted by artists like William Morris and the wider Arts & Crafts movement, advocated for a return to traditional craftsmanship in a stand against the dehumanising conditions enforced by factory labour.

Here the spotlight turns towards the practice of the artist and designer Mary Watts. In response to the significant rural decline that surrounded her in Surrey, and inspired by her involvement with the Home Arts and Industries Association, Watts founded the Compton Potters’ Arts Guild providing a significant source of creative and economic support in Surrey for years to come.

The exhibition culminates with Watts Gallery’s founders, artist-couple G F and Mary Watts, who were united in their shared belief that art had the power to create significant social change.

Looking at the strategies that they employed, from community-based projects to the founding of their very own picture gallery, the Watts considers how they strove to ensure that art and art practice could be made accessible for future generations – a legacy that continues to underpin the gallery and its work today.

“Victorian social painting represented harrowing scenes of poverty and inequality, but what did it actually do to remedy these pressing issues?” says Dr Chloe Ward, who is guest co-curator and whose AHRC funded research project From Protest to Propaganda: A History of Activist Art in Britain, 1845–1918, has informed the development of the exhibition.

“This exhibition recovers art’s direct political contribution, revealing how it operated in conjunction with social campaigns to drive public awareness, debate, and reform.” 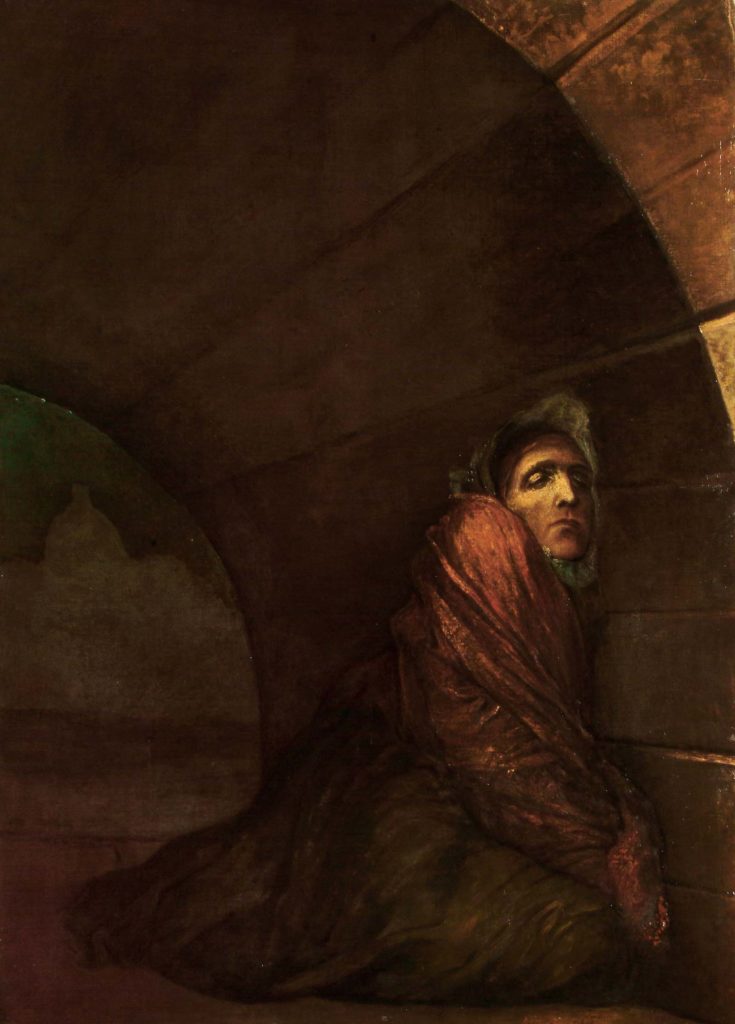 Art & Action: Making Change in Victorian Britain is at Watts Gallery – Artists’ Village, until May 23 2021.

Watts Gallery — Artists' Village is a unique family day out in the Surrey Hills. Explore the newly opened Watts Studios then discover Victorian paintings and sculpture in the historic Watts Gallery before treating yourself to lunch or cream tea in The Tea Shop. Stroll to the nearby Grade-I listed…