Jewish Lithuanian partisans’ group ‘The Avengers’ on their return to Vilna at the time of the liberation of the city by the Red Army, July 1944. Wiener Holocaust Library Collections.

Amidst the terrible history of the Jewish Holocaust in which Nazi Germany and its collaborators exterminated six million – two thirds – of Europe’s Jewish population between 1941 and 1945, there were some Jewish men and women who actively resisted, and even some who fought back.

The Wiener Holocaust Library, Britain’s national archive on the Holocaust and genocide, is drawing from its vast collection of testimonies and histories for an exhibition telling the stories of this resistance – from organised bodies of fighters who harried the enemy from forest enclaves, to personal, spiritual and cultural resistance and even desperate uprisings in the death camps in the face of unspeakable hardship and brutality.

Many of these stories were gathered at the time of the Holocuast or the years that immediately followed by the Library’s Head of research Eva Gabriele Reichmann who recorded and collected over a thousand testimonies in the 1950s and many of them are being shared publicly here for the first time.

The exhibition begins by looking at the Jewish Partisan groups that operated in Soviet territories, deep within the forests of WWII Poland, Lithuania, Belarus and the Ukraine. It is estimated that more than 20,000 Jews fought against the Nazis and Nazi collaborators in this way.

From underground woodland encampments they harried the German Army by blowing up trains, bridges, police stations and telegraph lines. One of the most famous partisan groups was the Bielski Brothers Group who, from deep within the forests of German occupied Poland (now western Belarus), managed to somehow offer refuge for 1,200 men, women and children while engaging in combat missions and raids. 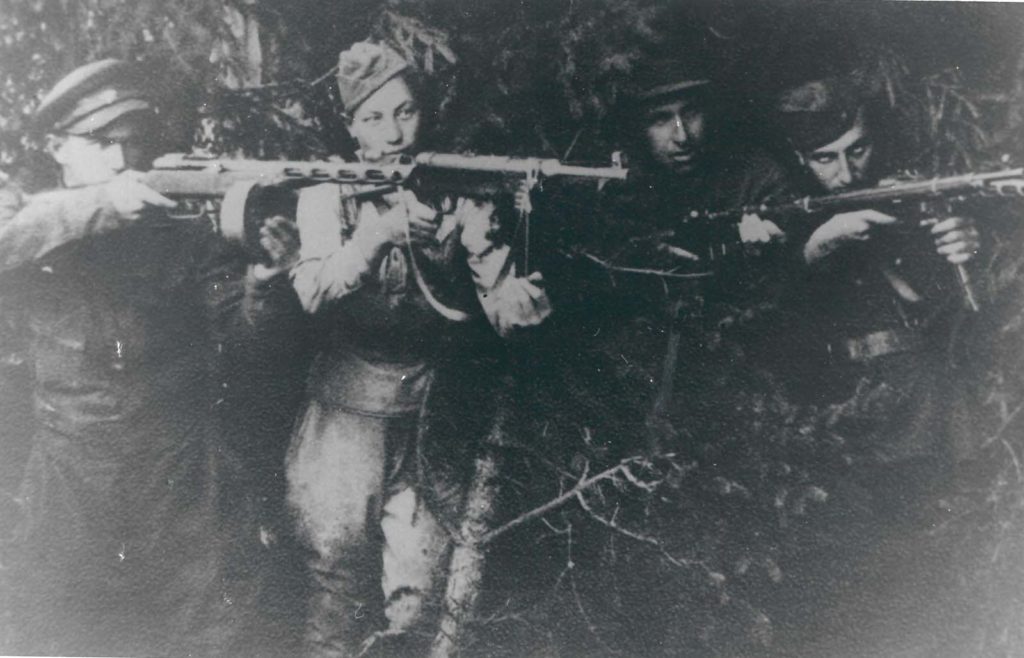 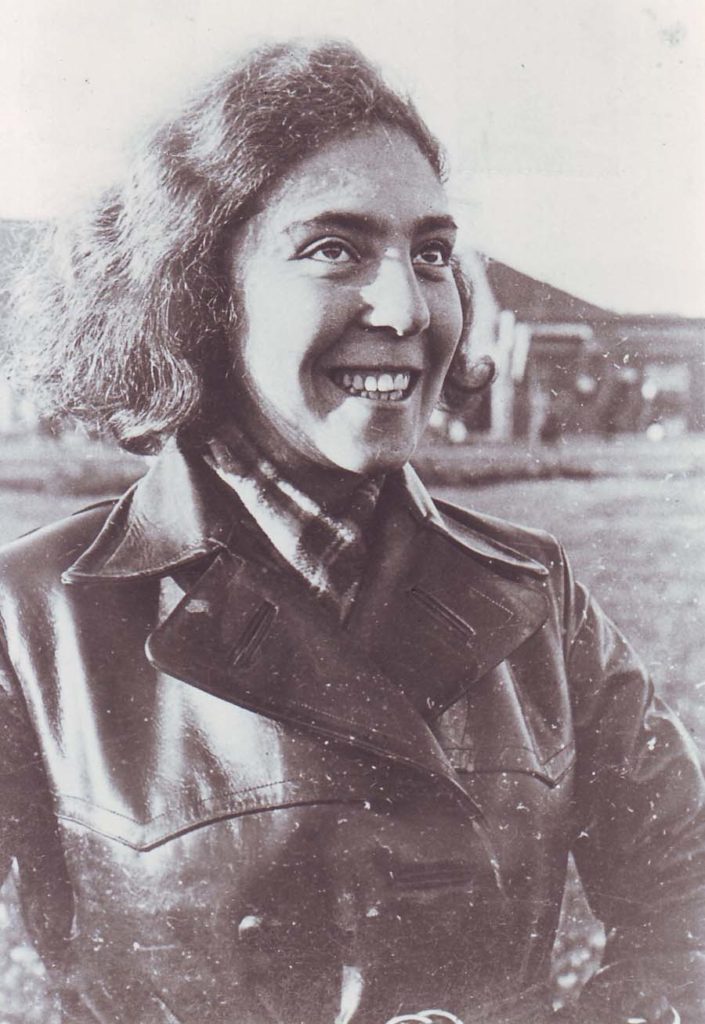 In Lithuania, Jewish resistance fighters the Avengers became one of the most famous partisan groups of the war and included in their number Vitka Kempner, a Polish Jewish woman famous for blowing up a Nazi train line with a homemade bomb and for her exploits smuggling weaponry through the sewers of Vilnius. From their base in the Rudniki Forest Kempner and her comrades destroyed Vilnius’s power and water systems until the city was occupied by Soviet forces.

Other resistance fighters, like Herbert Baum, took the fight to the Nazis in the heart of Germany. As leader of the Baum Group, a German Jewish communist resistance network, he organised arson attacks on Nazi sites in the German capital, Berlin. Baum and his followers were captured after an attack on an anti-Semitic exhibition organised by Joseph Goebbels and he is thought to have been tortured to death in a Gestapo gaol in June 1942.

The Warsaw Ghetto uprising of 1943 is explored through the story of Tosia Altman who was a courier for the resistance. Travelling on false papers from ghetto to ghetto, Altman passed information and warnings about impending deportations to death camps, gathered intelligence and trained people in resistance.

After the razing of the Warsaw Ghetto by German forces, Altman initially escaped but was badly burned when the factory she was hiding in caught fire. Handed over by police to the Gestapo, she died of her wounds two days later. 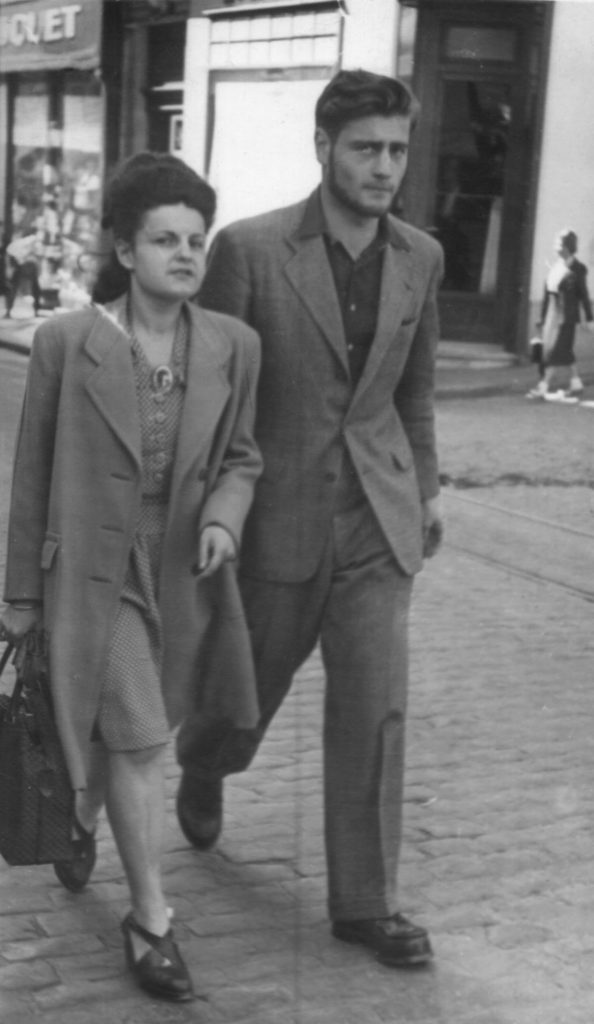 Bernard Musmand and Simone, both were members of the French Resistance in France photographed in Montpelier during the war. Musmand a Jew from Metz joined the armed partisans in 1944. Wiener Holocaust Library Collections.

There were also uprising in the camps – including at the Nazi extermination camps of Sobibor, Treblinka and Auschwitz.

At Sobibor, where it is thought between 170,000 and 250,000 people were murdered in the gas chambers, the uprising saw the escape of 300 prisoners (many more died in the escape attempt) and the death of 12 SS officers, which led to the death camp ceasing operations and being demolished.

But the resistance that took place amidst the terrible daily life in such places manifested itself mainly in the keeping of diaries and the recording of atrocities.

Journals and diaries kept by Philip Manes and now in the collection of the Wiener Library, were written and illustrated in Theresienstadt Ghetto, which was a town in German occupied Czechoslovakia that was effectively turned into hybrid concentration camp and ghetto. It was used as a holding centre for transportation of mainly Czech Jews to the extermination and concentration camps as well as other ghettos.

Life there was typically brutal and disease-ridden with the Nazis using collusion and coercion to control and manage the ghetto population – even presenting it outwardly as a spa town for prominent elderly Jews whose disappearance might otherwise cause suspicion.

Manes, who as a German First World War veteran was at first able to escape transportation, took charge of the Theresienstadt’s ‘Orientation Service,’ designed to help acclimatise bewildered new arrivals. He also helped organise cultural events including lectures, plays and concerts and the exhibition includes the libretto of an anti-Nazi opera written in the Theresienstadt Ghetto.

Manes recorded all of these activities in his journals together with details of the new arrivals, deportations, the daily living conditions and what he could also document of the lives of the many Jewish men, women and children who disappeared into the machinery of the Holocaust.

Before being deported himself together with his wife Gertrud, he gave a fellow inmate his precious diaries and manuscripts, and his daughter Eva Manes donated them to The Wiener Library in 1995. Manes was murdered at Auschwitz in 1944. 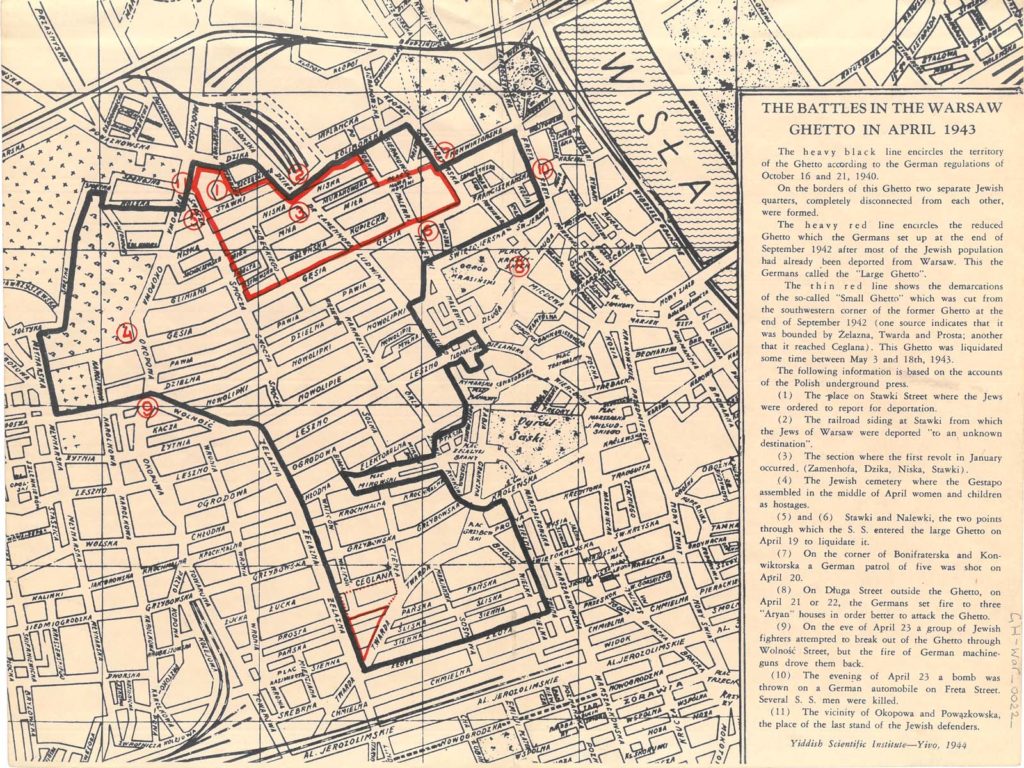 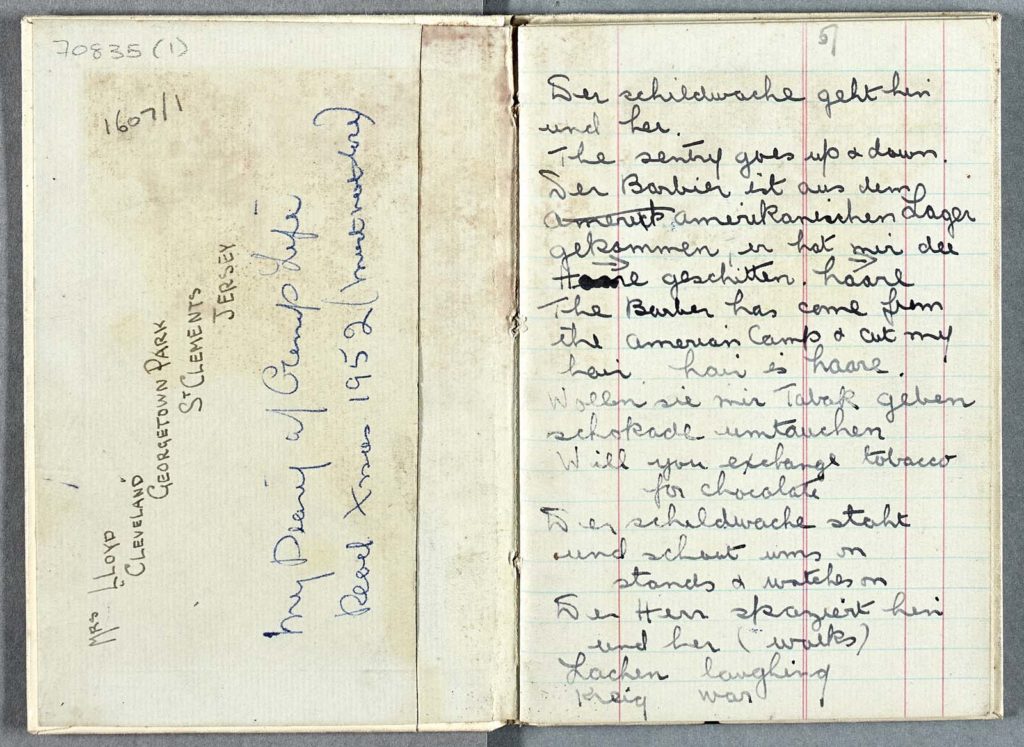 Esther Pauline Lloyd camp diaries. Esther, a Jewish woman from Jersey, was deported from the Channel Islands to camps in France and Germany in February 1943. Wiener Holocaust Library Collections

Resistance comes in many forms and perhaps the most moving accounts here come from the individual acts of resistance, like Manes, from within the camps.

Among these secret diaries are those of Ruth Wiener who documented life in Westerbork and Bergen Belsen camps. Ruth survived both camps and was one of the few people to escape Bergen-Belsen on an exchange scheme in January 1945. As the daughter Dr Alfred Wiener, who founded the Wiener Library, her experiences offer a poignant reminder – if one was needed – of the Library’s vital mission to oppose antisemitism and other forms of prejudice and intolerance today.

Jewish Resistance to the Holocaust runs until November 30 2020. Admission is free, but you need to pre-book. Visit the Library’s Eventbrite page for further booking details.

Please note that the Library is currently only open Tuesdays and Thursdays, 11am-3pm.

The Wiener Holocaust Library is one of the world's leading and most extensive archives on the Holocaust and Nazi era. The Library's unique collection of over one million items includes published and unpublished works, press cuttings, photographs and eyewitness testimony. It provides a resource to oppose antisemitism and other forms…