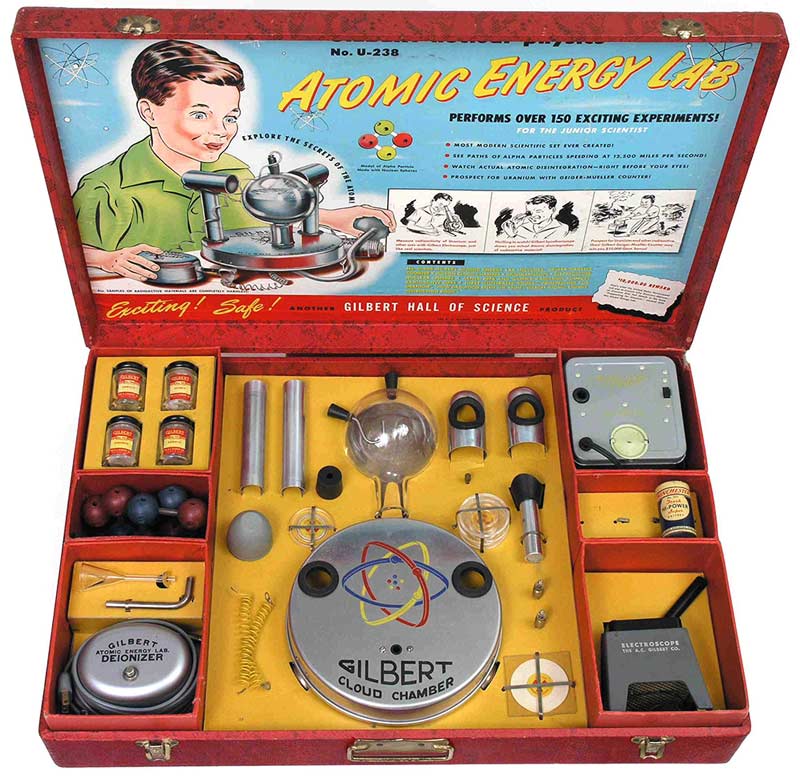 How about a science kit that comes with uranium ore and three radiation sources? Meet the world’s most dangerous toy

Most parents with youngsters of primary school age have probably encountered the phenomenon of the science set – the box of plastic volcanoes, measuring jugs and DIY rockets that will have you scouring the cupboards for vinegar, bicarbonate of soda and food colouring.

But the danger that lies within the creation of home-made lava eruptions and rocket launch pads pales in comparison to what some children of the 1950s were encouraged to play with.

The Gilbert U-238 Atomic Energy Lab, which was produced in the US between 1952 and 1953 and was on sale for the princely sum of $50, is on display at Ulster Museum – and it by the looks of it, it lives up to its reputation as the most dangerous toy in the world.

Billed as being “for the junior scientist”, the set allowed budding nuclear physicists to perform more than 150 experiments, and even came with four types of uranium ore and three different radiation sources (alpha, beta and gamma). 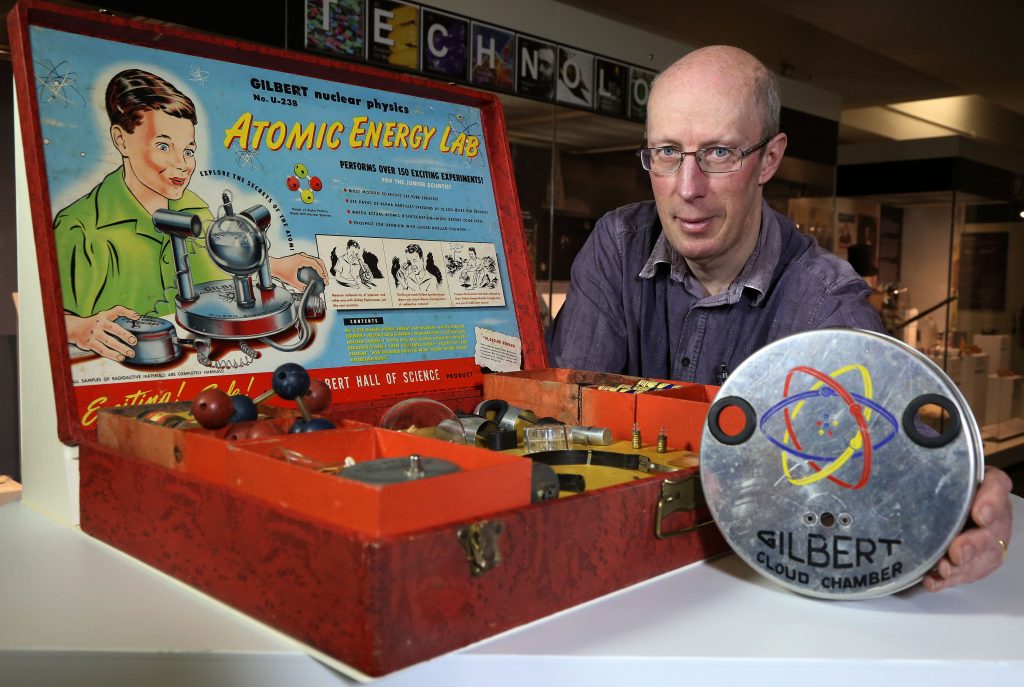 A contraption called a spinthariscope and a cloud chamber were used to reveal the speeding particles produced by atomic disintegration, while a handy Geiger counter was on hand to detect how contaminated the young scientist had become.

There was a government manual too, “Prospecting for Uranium”, and even a form for ordering replacement radioactive sources.

National Museums Northern Ireland’s Curator of Palaeontology, Dr Mike Simms, came across the opportunity to purchase the “fabulous and unusual set”, and jumped at the chance.

“I think visitors will find it amazing and amusing that this set allowed budding young scientists to measure radioactivity of Uranium in the comfort of their own homes,” he said.

“Perhaps it wouldn’t pass today’s health and safety standards but it is a perfect fit for the Elements exhibition.” 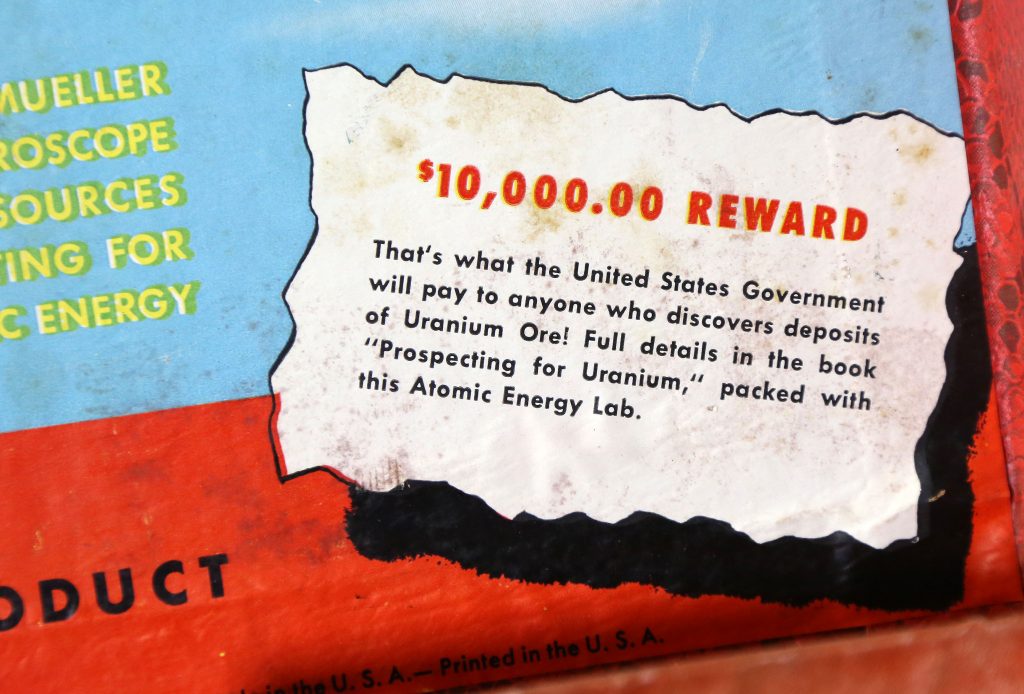 A $10,000 reward for anyone who discovers uranium. Photographer Darren Kidd / Presseye.com

The Ulster Museum’s Elements exhibition is based on the periodic table and explores how some 90 natural elements, including carbon and hydrogen, make up everything that we can see and feel around us – and on into the universe.

Visitors can discover where elements were created, how they occur naturally, what they look like, how we use them and why they can be dangerous.

See the Atomic Energy Lab in the Fission and Fusion section of the Elements exhibition, at Ulster Museum.

Northern Ireland's treasure house of the past and present. Take 8,000 square metres of galleries, add rich collections of art, archaeology, local history and natural sciences, mix them with a constantly changing programme of temporary exhibitions and events, and you have all the ingredients for a fascinating voyage of discovery.…