Both women were arrested alongside six other women for protesting about the visit of Prime Minister Herbert Asquith to Bingley Hall in Birmingham. In prison they went on hunger strike and were force fed with tubes.

As well as revealing the remarkable bravery and fortitude of the women fighting for the franchise in the early twentieth century, the illicit letter – written in barely decipherable pencil on a page ripped out of a book publisher’s catalogue – is thought to be the first written record of the force feeding of a Suffragette.

Its significance was discovered by People’s History Museum Programme Officer Helen Antrobus when Phillip Sycamore, the grandson of Suffragette Selina Martin, loaned some of his grandmother’s personal papers and memorabilia to the Museum, which is displaying them as part of the exhibition Represent! Voices 100 Years On (until 3 February 2019). 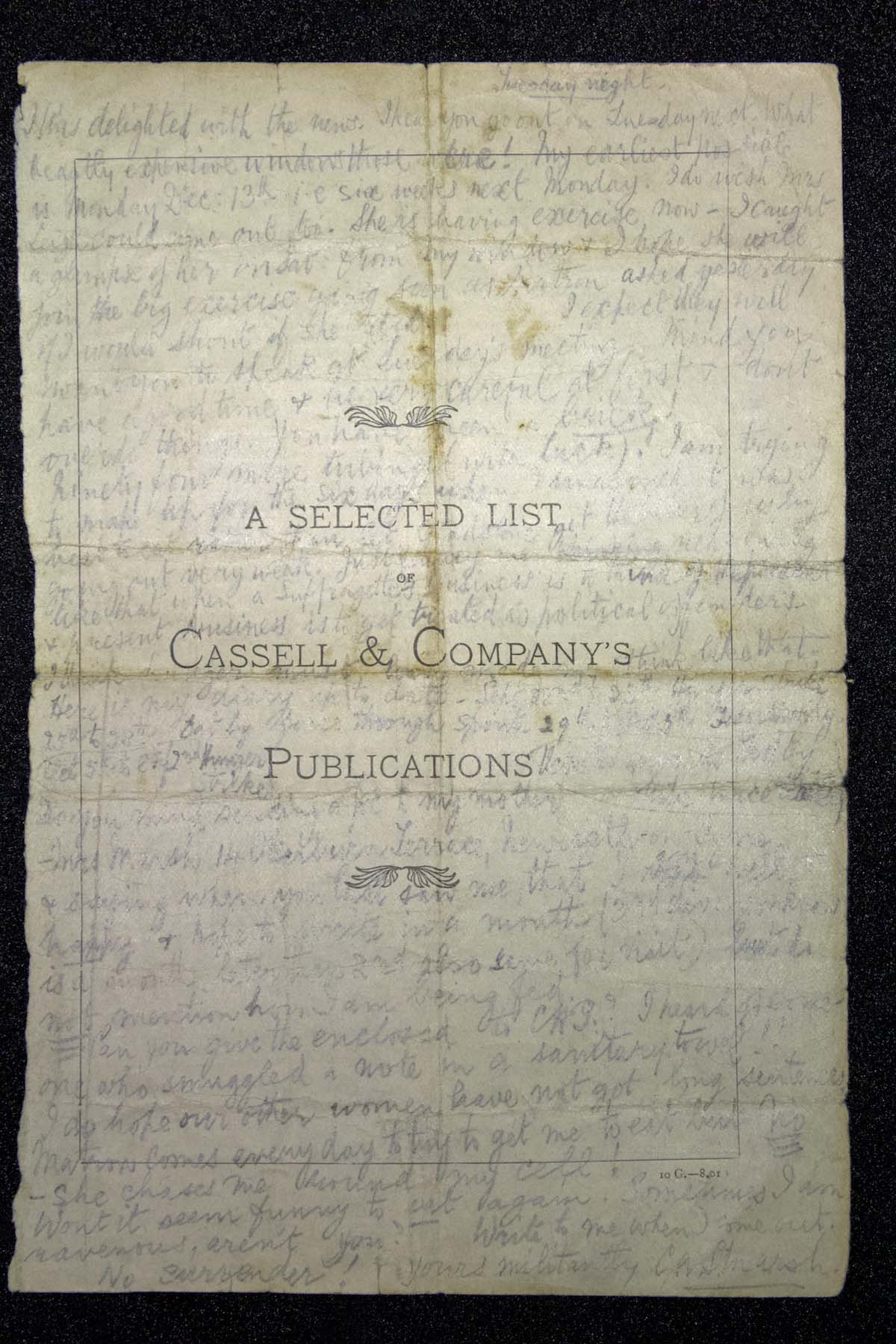 “The letter reveals the strain, both emotional and physical, that these women were enduring and how they looked to each other for the support and strength they needed,” says Antrobus.

“Their aim was to be treated as political offenders, and at this time they wouldn’t have known how historically notorious force-feeding was to become. Their sacrifice, determination and united spirit is clear within the letter, which is extremely moving to read.”

The Representation of the People Act of 1918 gave all men and some women the right to vote in Britain, but in 1909 the Suffragettes of the Women’s Political and Social Union (WPSU) were putting themselves on the line with coordinated acts of civil disobedience, which continued when they were sent to prison.

In her covert letter Charlotte Marsh writes: “Matron comes every day to try and get me to eat but no – she can chase me around my cell! Won’t it seem funny to eat again. Sometimes I am ravenous, aren’t you? Write to me when I come out. No surrender!”

Charlotte also asks Selina, who the letter reveals is to be released “on Tuesday next”, to send her mother, Mrs Marsh, a picture and to let her know that she is well and happy and hopes to write in the next month. The letter also alludes to the fact that the women campaigners in prison were regularly smuggling letters between themselves, even using sanitary towels to hide their notes in. 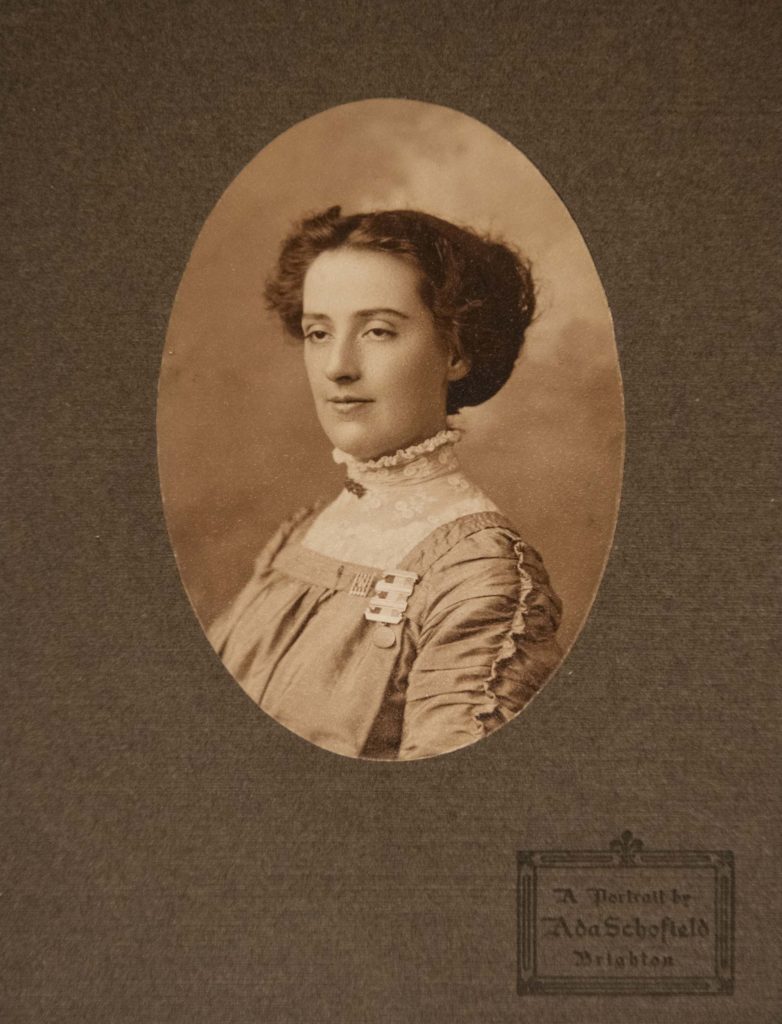 The Selina Martin collection includes further letters, her Women’s Social and Political Union (WSPU) hunger strike medal, and a photograph of Selina wearing her Holloway Prison brooch; both the medal and the brooch were presented to Selina by the WSPU to honour the sacrifices that she made for the Suffragette movement, including imprisonment.

Selina Martin’s own story is that of a working class Suffragette from Ulverston who found herself in prison three times, on each occasion refusing to eat to make her protest.

Whilst her family were told she was in good health and being treated well, her letters and diaries tell a very different story. During her imprisonment in Liverpool in the winter of 1909, Selina was beaten, force-fed, and left to freeze in her cell. The Governor of the gaol claimed she was being treated “as humanely and kindly as possible”.

Selina Martin and Charlotte Marsh have both been named Radical Heroes by People’s History Museum. This membership scheme celebrates the people whose ideas have shaped our society, with the opportunity for individuals or organisations to sponsor the Radical Hero of their choice to raise funds to support the national museum of democracy’s historical collections, exhibitions and Learning Programme. 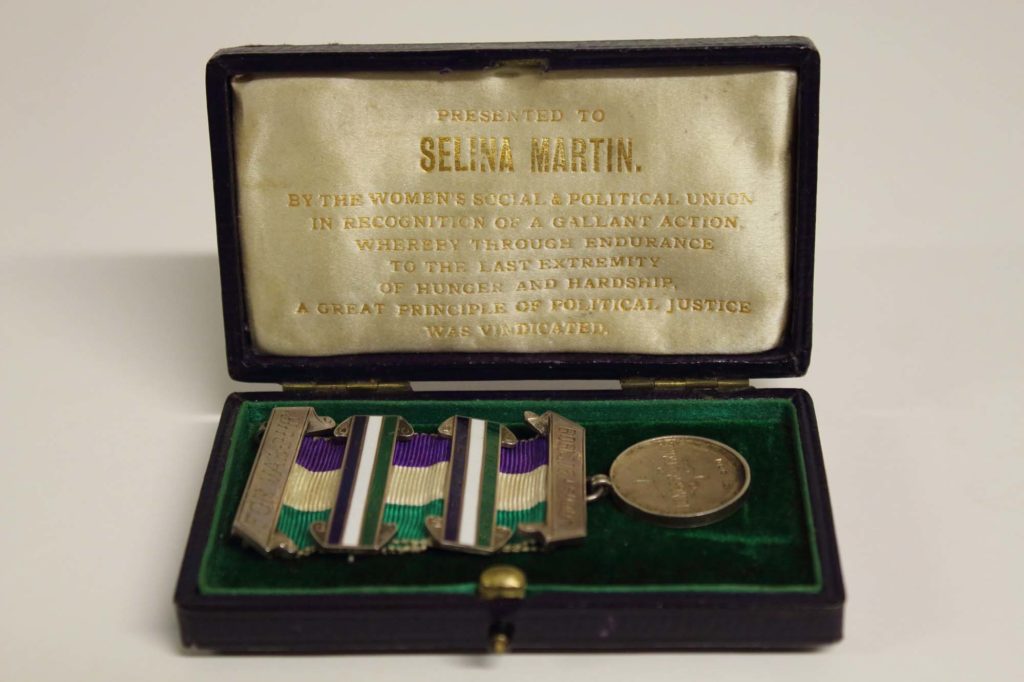 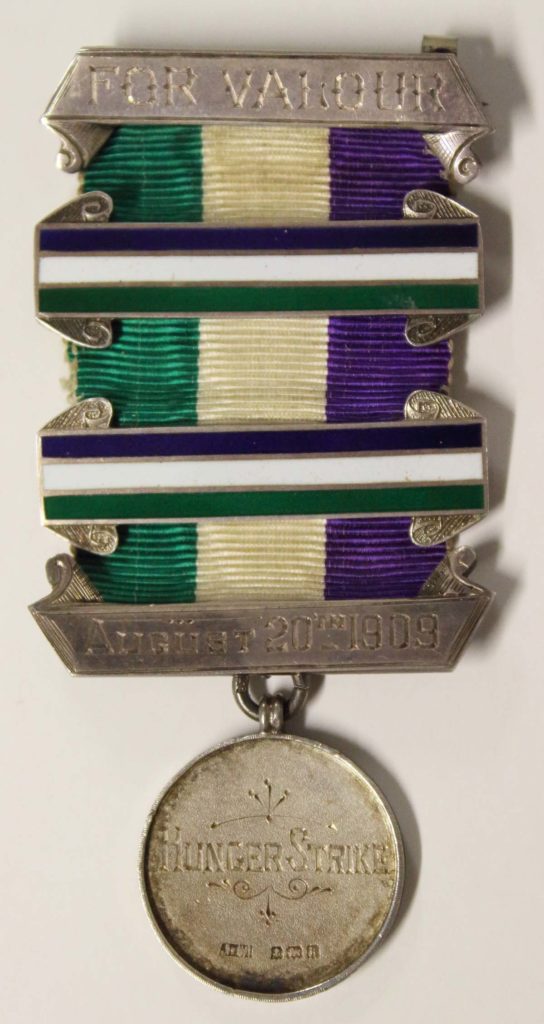 The letter in full:

I was delighted with the news. I heard you go out on Tuesday next. What beastly expensive windows those are! My earliest possible is Monday Dec: 13th i.e. six weeks next Monday. I do wish Mrs Leigh could come out too. She is having exercise now – I caught a glimpse of her on Sat: from my window and I hope she will join the big exercise going soon as Matron asked yesterday if I would shout if she did. I expect they will want you to speak at Tuesday’s meeting, mind you have a good time and be very careful at first and don’t overdo things. You have been a brick!

Ninety four more tubings (with luck)! I am trying to make up for the six days when I imagined it was best to eat rather than let Gladstone get the better of us by going out very weak. Just fancy me thinking reasoning like that when a Suffragette’s business is to think of the present and present business is to get treated as political offenders. I think hunger must have made me think like that.

Do you mind sending a pic to my mother – Mrs Marsh 14 Otterburn Terrace, Newcastle-on-Tyne and saying when you last saw me that I was am well and happy and hope to write in a month (3rd div: you known is a month later than 2nd also same for visit). But do not mention how I am being fed. Can you give the enclosed to CAJ? I heard of someone who smuggled a note in a sanitary towel!! I do hope our other women have not got long sentences. Matron comes everyday to try to get me to eat but no – she can chase me around my cell! Won’t it seem funny to eat again. Sometimes I am ravenous, aren’t you?

Write to me when I come out. No surrender! Yours militantly, C. Marsh.

Represent! Voices 100 Years On is at the People’s History Museum until February 3 2019.