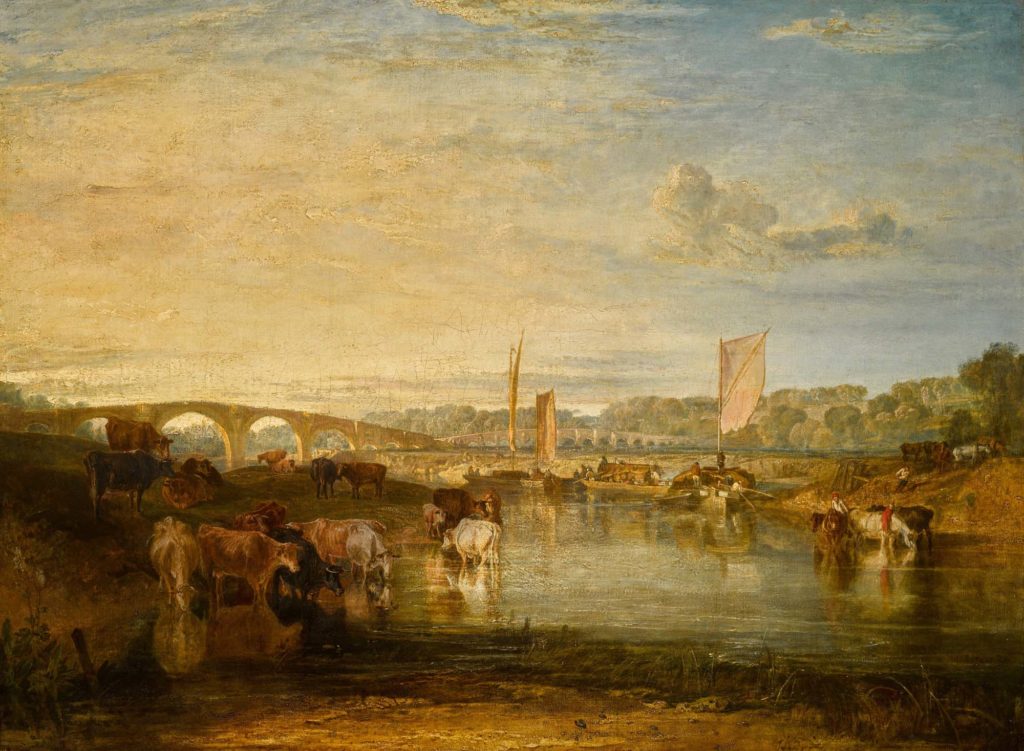 JMW Turner’s painting Walton Bridges (1805) capturing the double-span bridge that ran across the Thames between the locks at Sunbury and Shepperton in Surrey marked a pivotal moment in time: the beginning of the industrial revolution.

But it also marks a critical moment in the development of the artist’s approach to painting, with most Turner experts agreeing that it’s the first Turner oil completed in the open air – following his move to Sion Ferry House in Isleworth in 1804/5.

The momentous painting has now been acquired by Norfolk Museums Service in partnership with Ipswich and Colchester Museum Service, after its July 2018 sale at Sotheby’s was subject to a temporary export deferral in recognition of its cultural significance to the country.

Purchased with major grants from The National Lottery Heritage Fund and Art Fund, the work will now become the centrepiece of a wide-ranging, four-year programme of exhibitions, learning and public engagement activities across the region before coming to rest on permanent public display at Norwich Castle.

It is the first Turner oil to enter a public collection in the East of England – specifically Norfolk, Suffolk and Essex – where it will complement existing holdings of important British landscape paintings by the likes of John Constable, Thomas Gainsborough, and the artists of the Norwich School, including John Sell Cotman and John Crome, for whom Turner was an important influence. 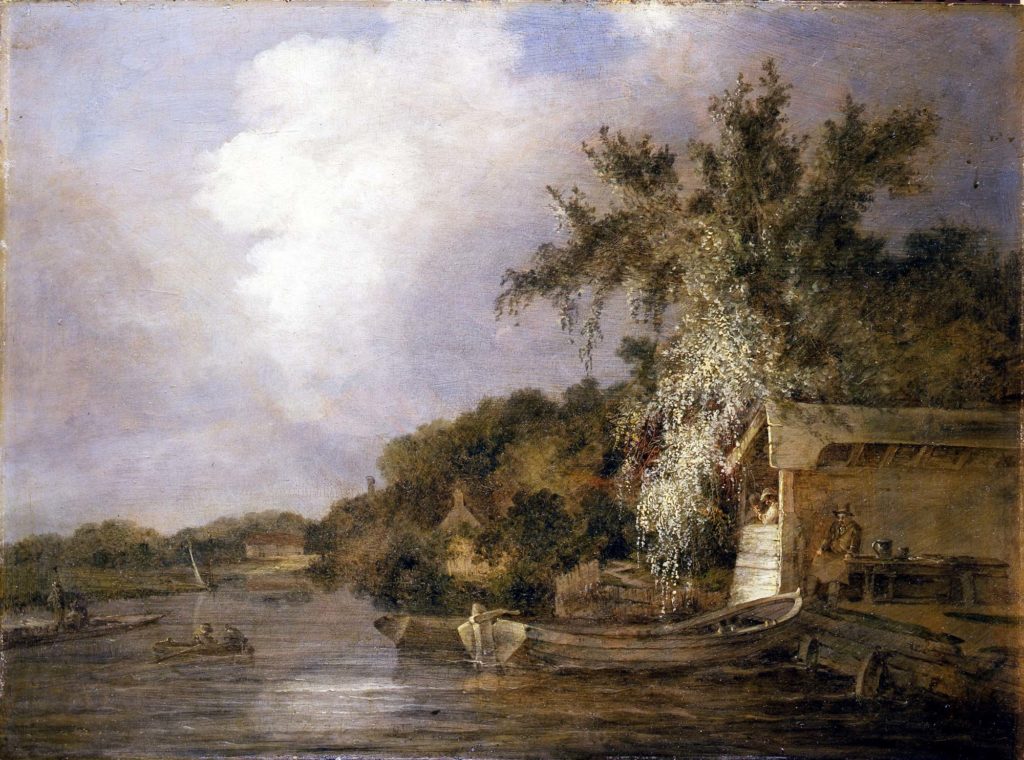 One of the paintings the Turner will be joining: The Yare at Thorpe, Norwich’ by John Crome, 1768-1821 c. 1806. Courtesy of Norfolk Museums Service 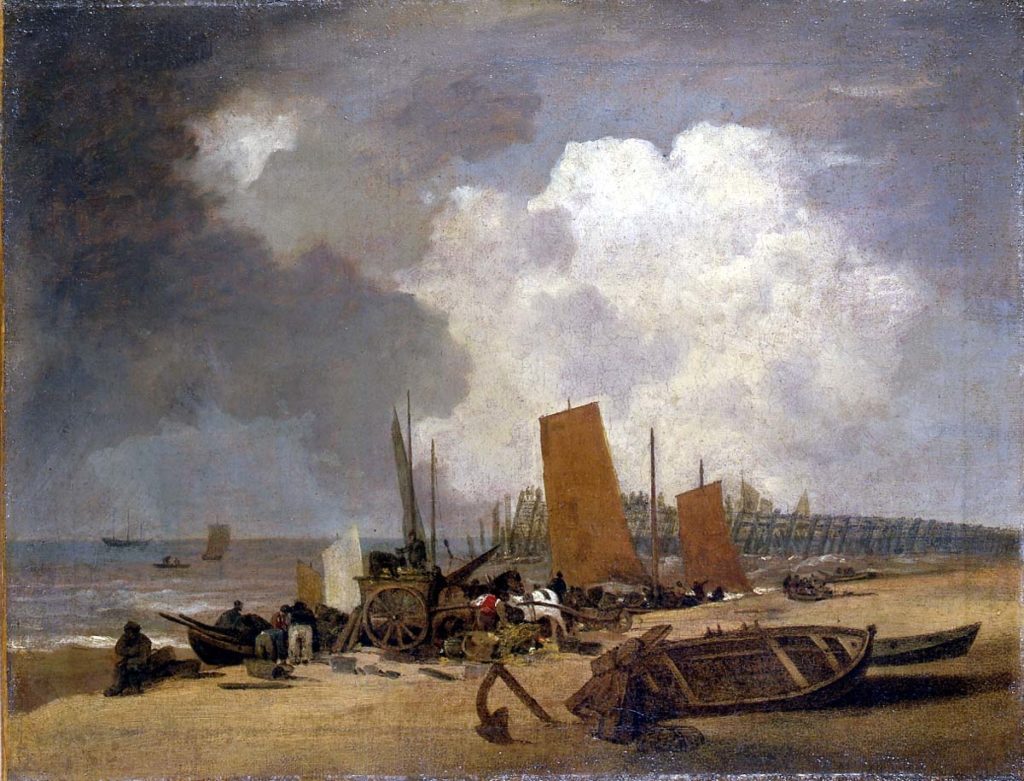 Walton Bridges was the first in a major series of river scenes which Turner painted during extensive boat trips along the Thames during 1805-6. Fascinated by the challenge of capturing the effects of both sky and water throughout his career, Turner would frequently sketch and paint while onboard a boat to experience the environment as closely as possible.

Eighteen oil sketches, housed at Tate Britain, survive as a result of these trips Turner undertook during this period and in Walton Bridges he contrasts traditional rural scenery with more modern commercial activity to offer an important signpost to the artist’s appreciation of history, change and modernity.

Walton bridge itself has undergone significant changes. The bridge shown by Turner appears traditional to modern eyes but was completed less than twenty years prior to this picture. It replaced an earlier bridge which had collapsed, immortalised in a painting by Canaletto in 1754, now in Dulwich Picture Gallery.

By the 1850s, the bridge portrayed by Turner was itself to collapse. Today Walton has a new steel bridge.

As for Turner’s oil, it uniquely held the auction record for a painting by the artist three times in the nineteenth century. It accrued celebrity status from the first time Turner exhibited it in his gallery at Harley Street and was probably also shown at the Royal Academy in 1806. Turner sold it in January 1807 for £280 to Sir John Leicester, who was to become a significant patron.

Leicester, a pioneering collector of contemporary British art, was one of the first to highlight and promote English landscape painting, which was only just beginning to be considered a worthwhile artistic genre in its own right. He bought a house in central London specifically to show his collection, which was much frequented by artists.

The painting will be displayed first at Norwich Castle Museum & Art Gallery from September 2019 and will then go on tour around the region with exhibitions planned at Kings Lynn, Ipswich, Colchester and Great Yarmouth over the next three years before the painting goes back on permanent display at Norwich Castle in 2023.