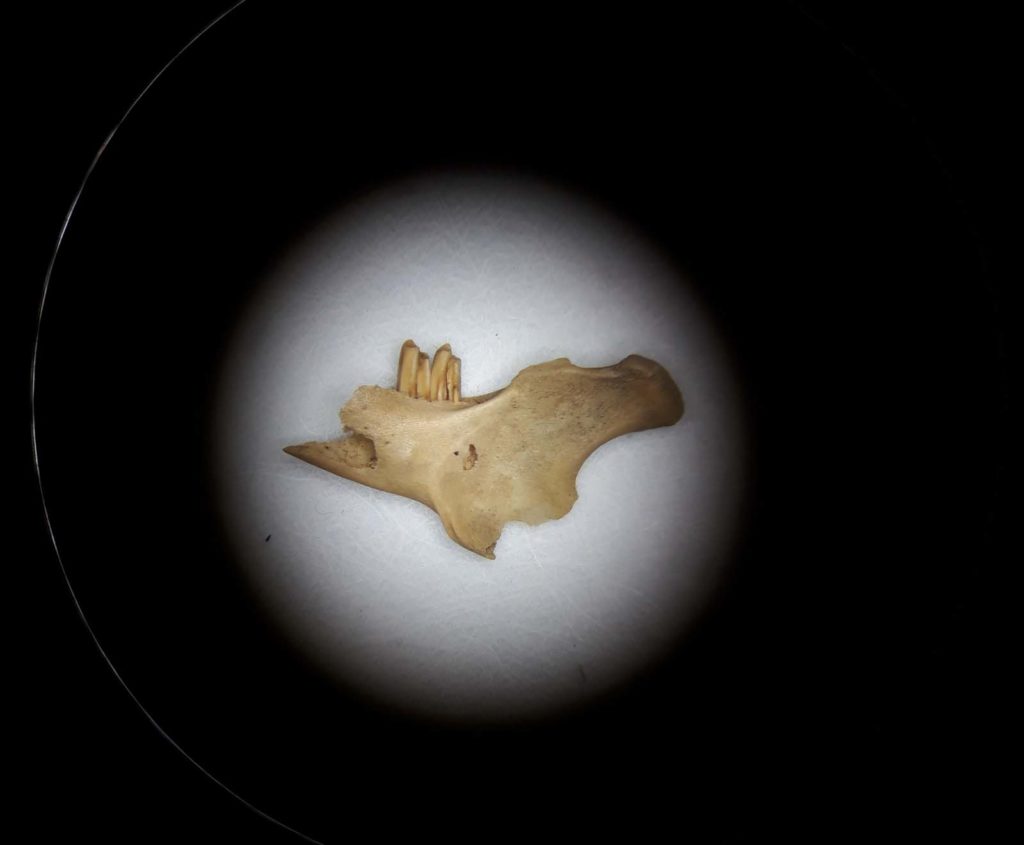 Looking down the microscope at the jaw of a steppe pika. Courtesy Creswell Heritage Trust

Dr Angharad Jones, Collections Officer for the Creswell Heritage Trust at Creswell Crags, on what we learn from the collection of small mammal remains from the Ice Age found at the famous prehistoric limestone gorge

Most people know about the mammoth, the reindeer and the woolly rhino at Creswell Crags, but small mammals have been found in their thousands here. They are underappreciated, but aside from hyenas, they are probably my favourite thing.

Creswell Crags is one of the most important prehistoric sites in the UK and the smaller mammals found here are mostly from the Pleistocene – the last Ice Age, which consisted of alternating periods of warmth and cold.

But unfortunately, when the caves here were first excavated in the Victorian era they didn’t always care about the small stuff. They often excavated in bulk and didn’t do the sieving of centimetre spit levels that people do nowadays, so the evidence of small mammals from the Ice Age was often not recorded.

Then in the 1920s and 1930s Leslie Armstrong’s excavations began to find more examples like lemmings, voles, hazel dormouse and wood mouse, but it wasn’t until the 1980s when Rogan D.S. Jenkinson excavated Creswell Crags that it was done thoroughly. In Pin Hole Cave he found lemmings and voles. 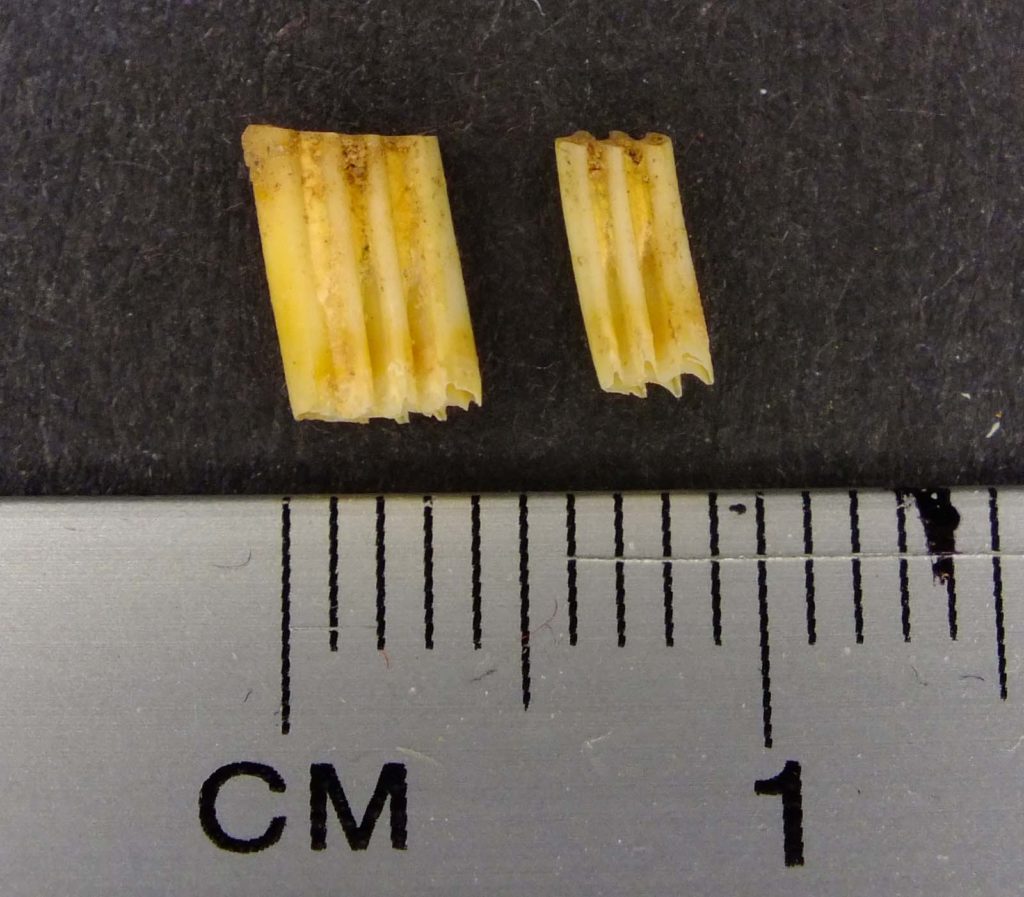 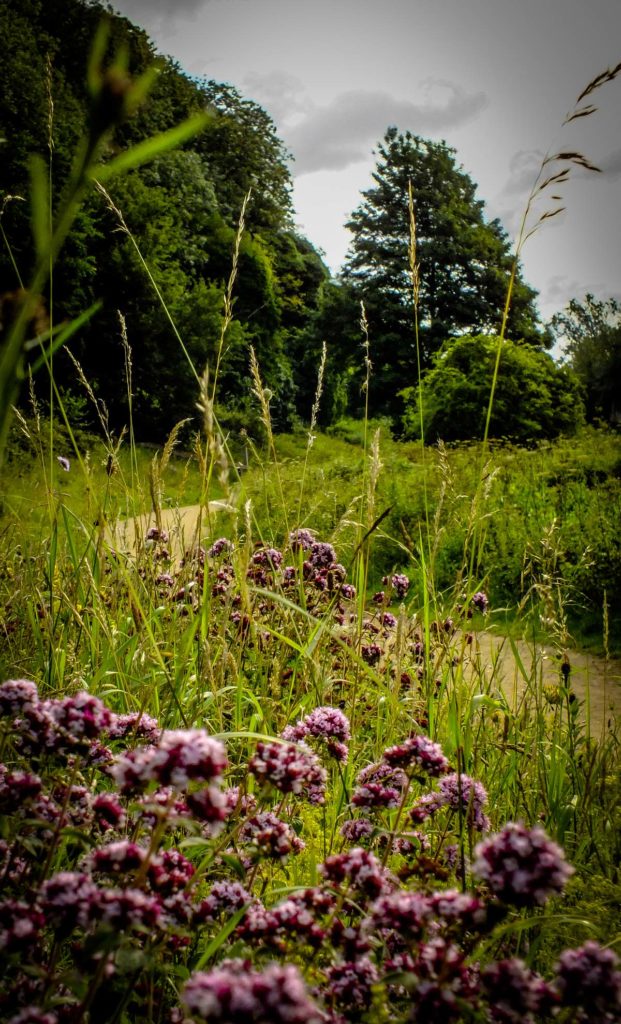 The lower vegetation where the smaller mammals are scurrying around. Courtesy Creswell Heritage Trust 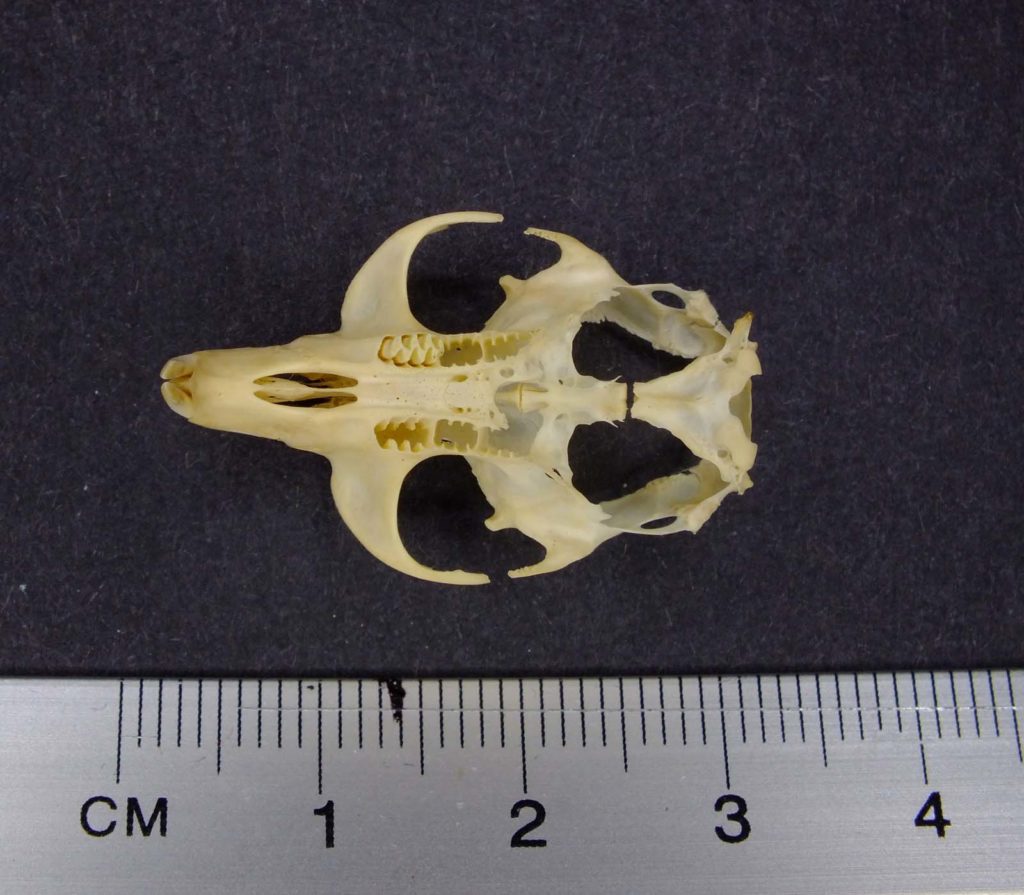 Studying small mammals is quite a detailed process. You save the sediment, get rid of the larger stones, and then sit in front of a microscope painstakingly picking out all the bones and teeth.

Essentially you identify small mammals from their teeth – because unless you have got something quite diagnostic like the humerus of a mole, which is different from the humerus of other small animals – the skeletal elements are very similar.

But the teeth are different. Lemming and vole teeth are made up of trianglular-shapes, while the tips of the teeth of the common shrew are red coloured because they are coated with iron, which makes them stronger. Wood mice have a completely different morphology of teeth.

When you have carefully picked out all the teeth from the sediment and identified them all, it’s really interesting and exciting to see if you can find any patterns in the species through the sequence. If it’s a good stratified sequence, changes in species could indicate changes in the environment.

It takes a lot of time but identifying small mammals can help you understand the environment at the time, they can help you establish whether there was a forest, a river or another source of fresh water nearby or if it was quite open and damp.

Small changes in the mammals present can also be indicators of climate changes or changes in birds of prey who preferred different mammals. 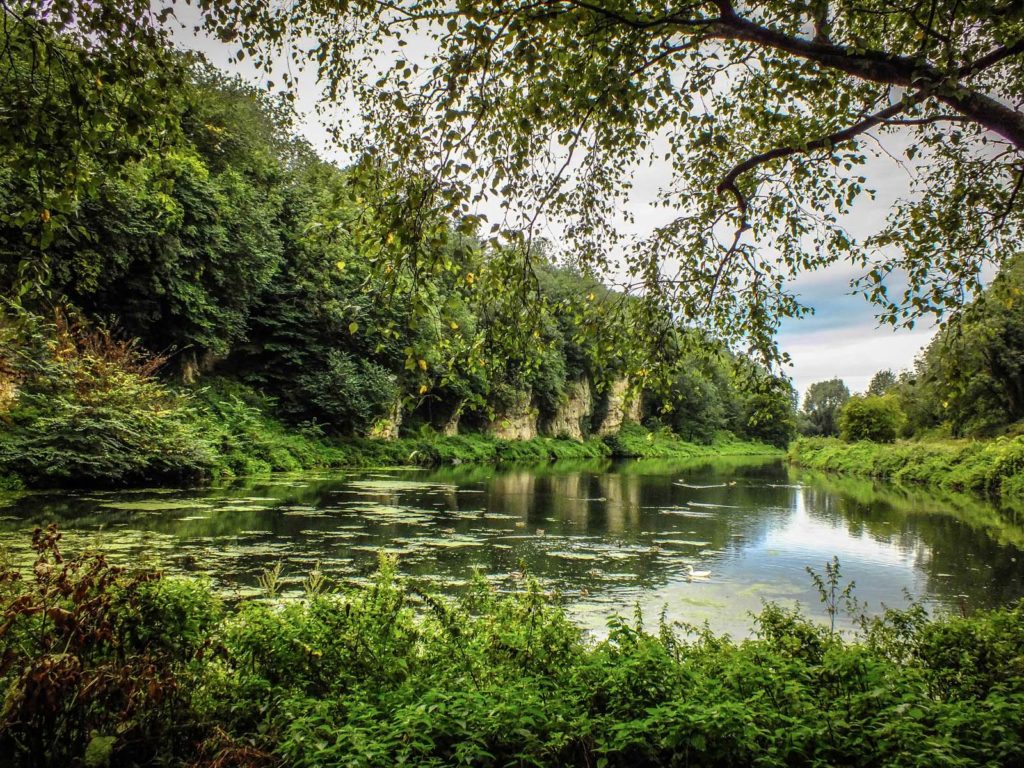 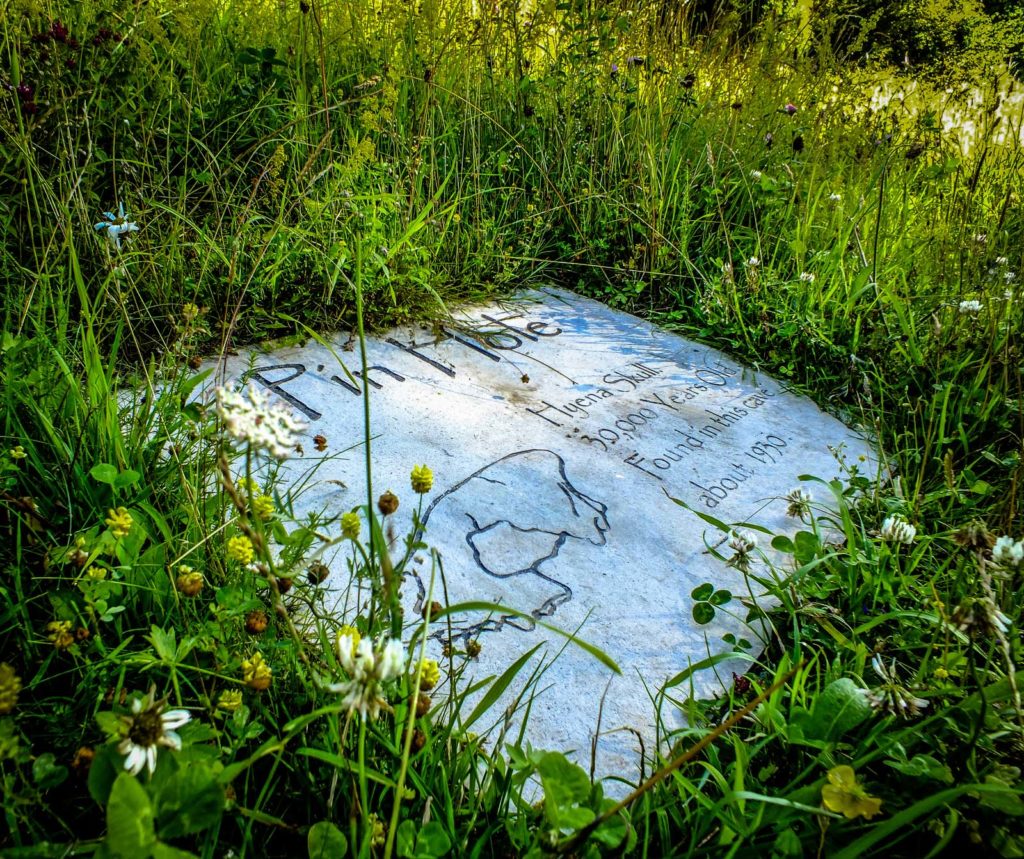 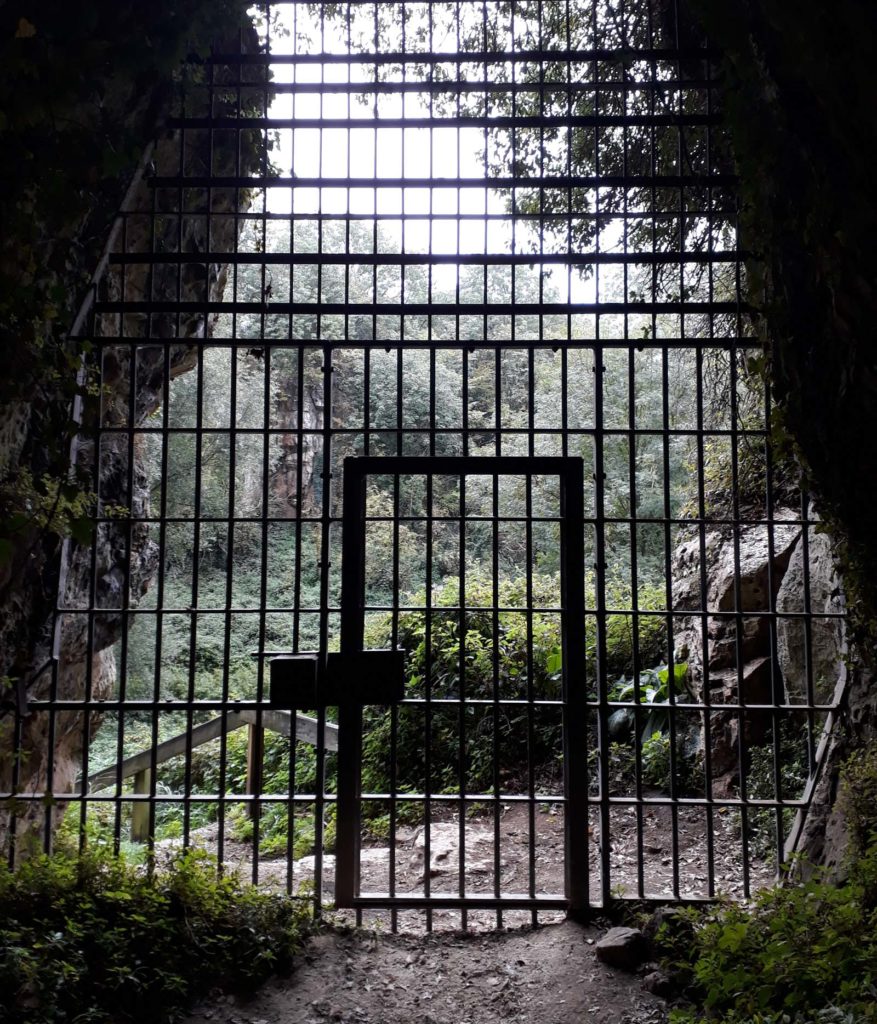 The view from inside Pin Hole Cave. Courtesy Creswell Crags

The presence of collared lemmings, which are now native to the Arctic Tundra, indicate that it was quite cold, and water vole indicates that there was a river or water habitat nearby. Pika have been found in Robin Hood Cave and Dead Man’s Cave within the Creswell Heritage Area; they are related to the rabbit of today and lived in steppe areas.

If you find mammals like these in quite large concentrations in caves it is likely that Birds of Prey were roosting in there and regurgitated the bones.

All of this gives you another level of understanding of the environment at the time. Yes, we have got the evidence of the large mammals who inhabited the Crags but in the lower vegetation you have all these smaller mammals scurrying around and, as well as telling us about the vegetation or the climate of the time, they were an important food source not only for the birds of prey but also potentially for small carnivorous animals like red fox and arctic fox. 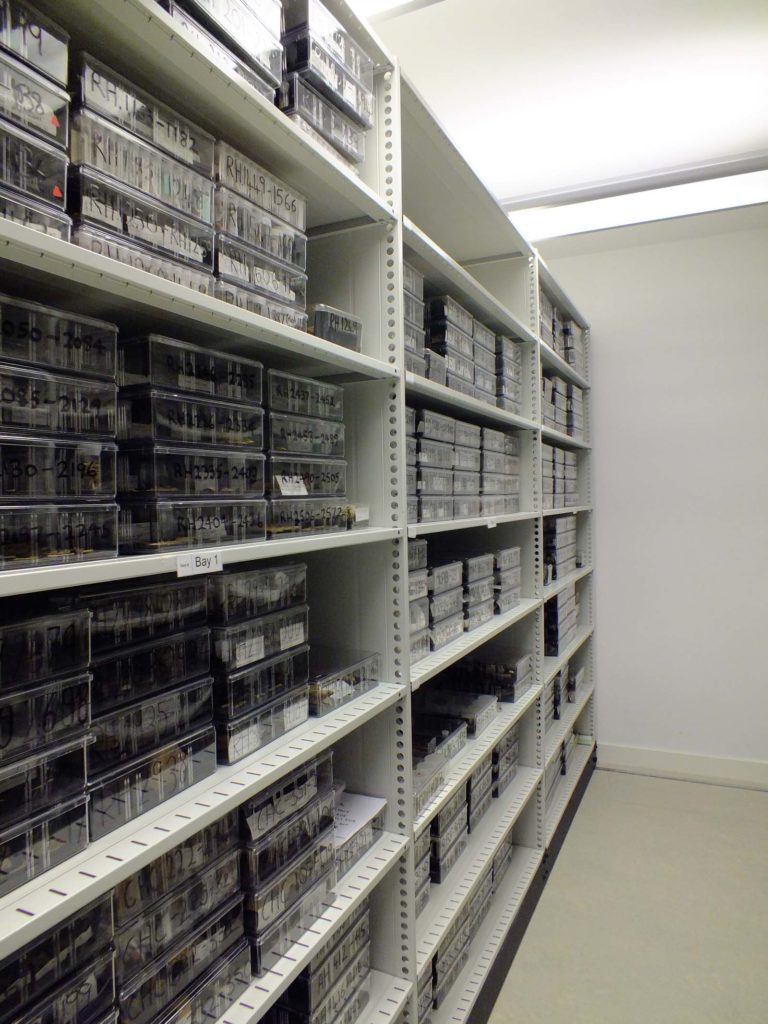 We have more than 30,000 specimens that have come out of Pin Hole Cave alone and many of them are small mammals made up of fragmented bones. We have a pika jaw in the museum’s exhibition from Robin Hood cave, and a lemming as well.

As techniques develop in DNA, radiocarbon dating and the study of isotopes to look at the climate – modern methods can be applied to things we found in the 1980s so it’s super important to keep them. It’s my job to look after them and facilitate people who want to research them.

Creswell Crags is a picturesque limestone gorge honeycombed with caves and smaller fissures. Stone tools and remains of animals excavated from the caves by archaeologists provide evidence for a fascinating story of life during the Ice Age between 60,000 and 10,000 years ago. The Museum and Education Centre at the…