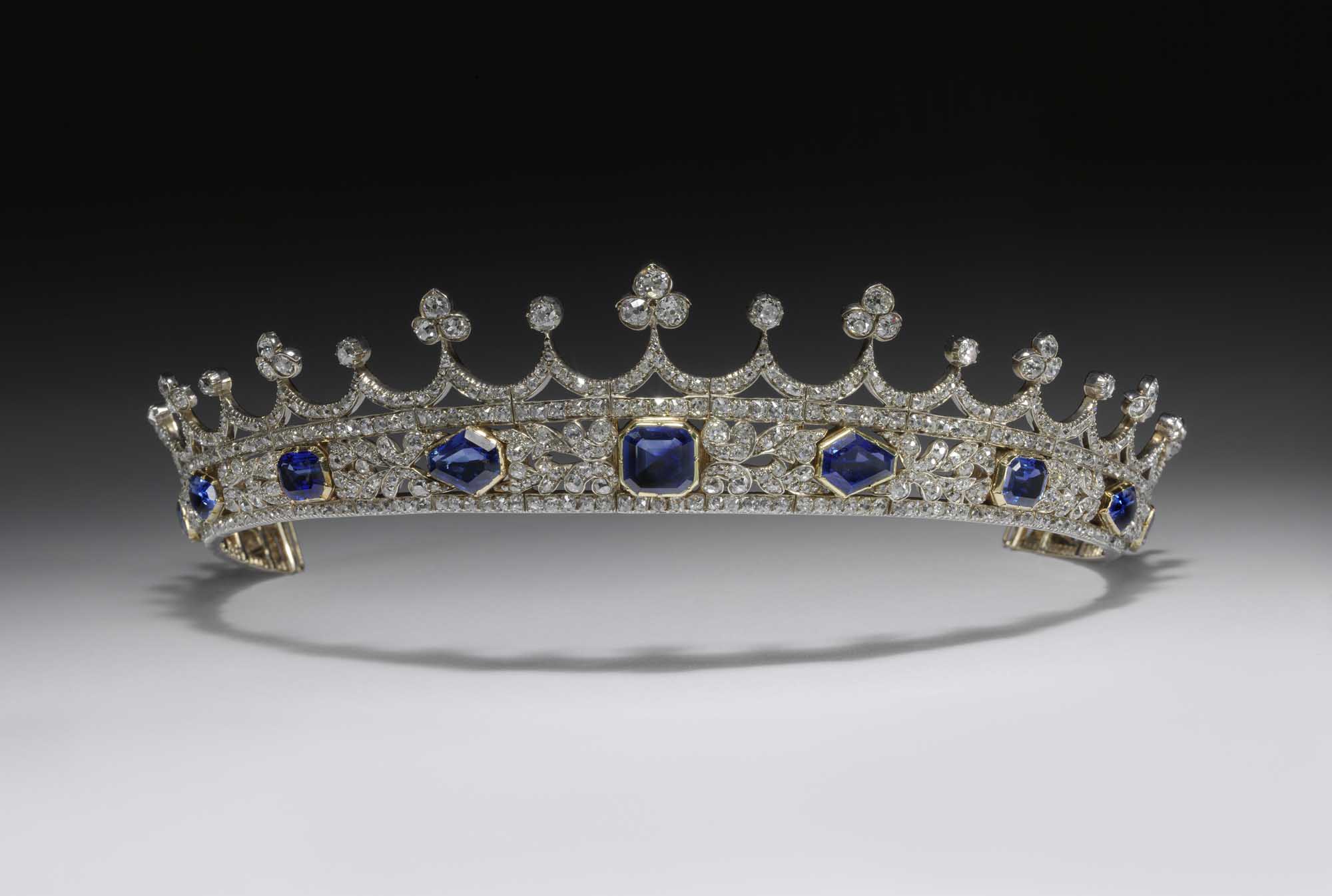 The V&A has acquired the ultimate eponymous object – the beautiful coronet designed by Prince Albert for the love of his life, Queen Victoria

This stunning sapphire and diamond coronet, designed by Prince Albert in the royal couple’s wedding year of 1840, has been gifted to the V&A and will be the centre-piece of the Museum’s newly-refreshed William and Judith Bollinger Jewellery Gallery which opens in 2019.

Albert’s design was based on the Saxon Rautenkranz, or circlet of rue, which is set diagonally across the shield in Prince Albert’s coat of arms. It was made by Joseph Kitching, a partner at Kitching and Abud, who had been appointed ‘Jewellers to the Queen’ in 1837.

Victoria and Albert married in the Chapel Royal at St James’s Palace on 10 February 1840. The day before their wedding, Albert gifted Victoria a sapphire brooch, and the couple took great pleasure in arranging Victoria’s collection of sapphires into a suite of jewels, of which the coronet became the centre-piece.

In 1842, it featured in the first and most renowned portrait of the Queen and her family painted by Franz Xaver Winterhalter and for Victoria it remained a symbol of her enduring love for Albert. 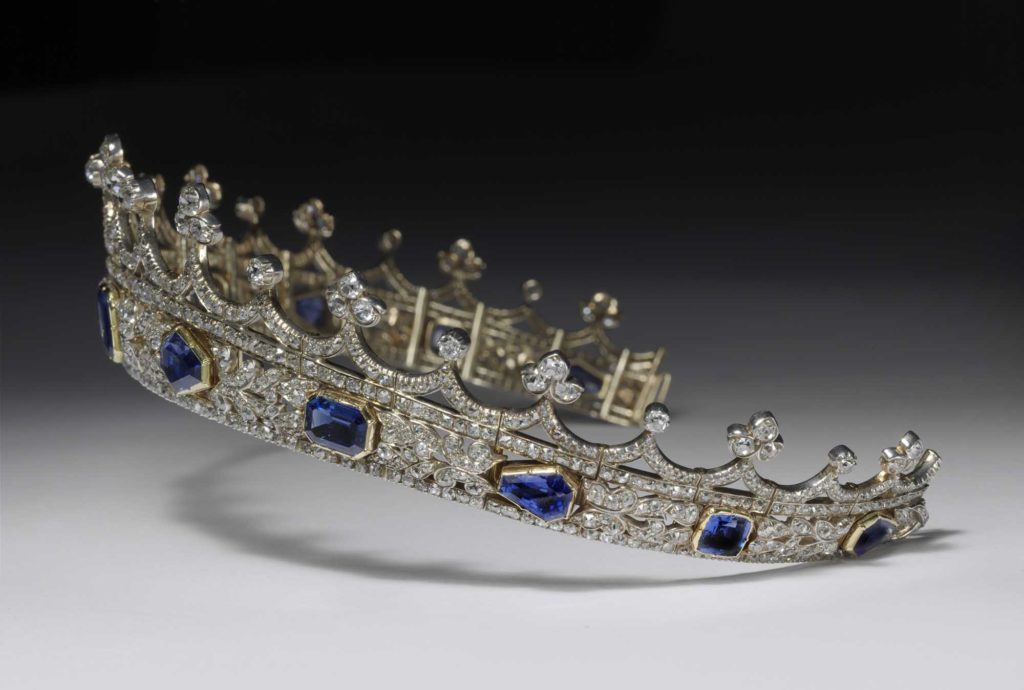 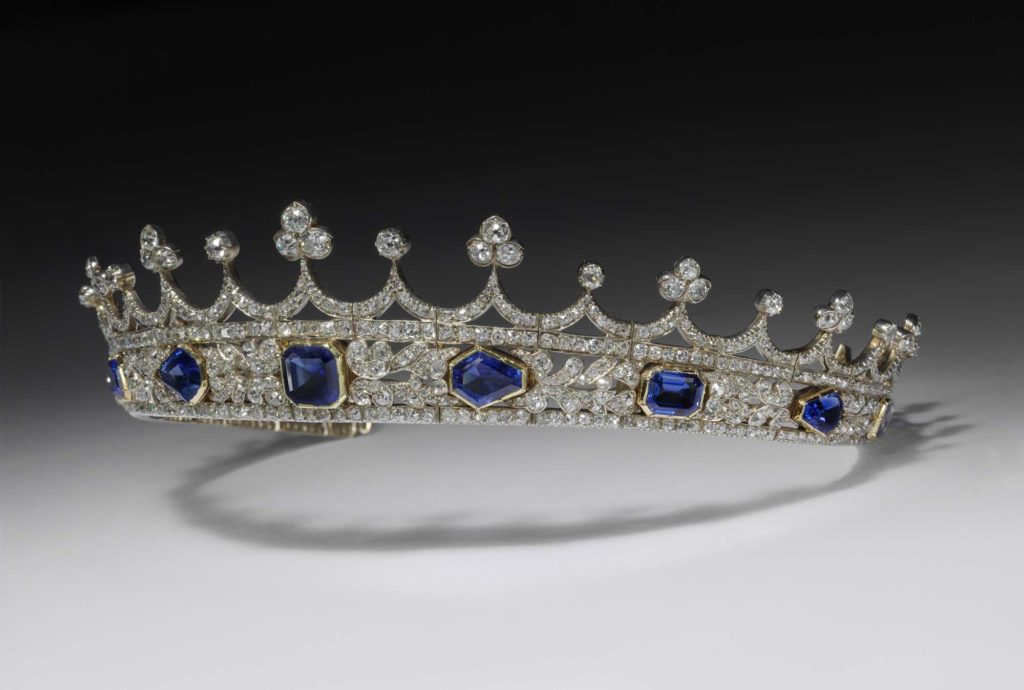 Although there were the inevitable power struggles between the royal couple, historians generally agree that their marriage, which produced four boys and five girls over 17 years, was a love match. When Albert died aged just 42 in December 1861, the Queen went into deep mourning and wore black for the rest of her reign.

In 1866, on the first occasion when Victoria felt able to attend the state opening of Parliament following Albert’s death, she chose to wear the coronet instead of her crown, which was carried on a cushion.

The coronet was later inherited by King Edward VII and then by King George V and Queen Mary, who gifted it to their daughter, Princess Mary, on her marriage to Viscount Lascelles in 1922.

It was subsequently sold into private hands, and in 2015 became the subject of an application to export it from the UK. This was later withdrawn.

When it goes on public display in 2019, the coronet will become one of the star objects in the V&A’s world-class jewellery gallery, which tells the story of jewellery in Europe from the ancient world to the present day.

Hailing the coronet, gifted by William Bollinger, as a thrilling acquisition, V&A director Tristram Hunt said the coronet represented “both the passion of the young royal couple,” and was “a powerful symbol of the widowed queen”.

“It will be of deep fascination to visitors and scholars alike,” he added. “[William Bollinger’s] gift allows us to display a jewel so intimately associated with Victoria and Albert that it will instantly become part of the identity of the Museum itself.” 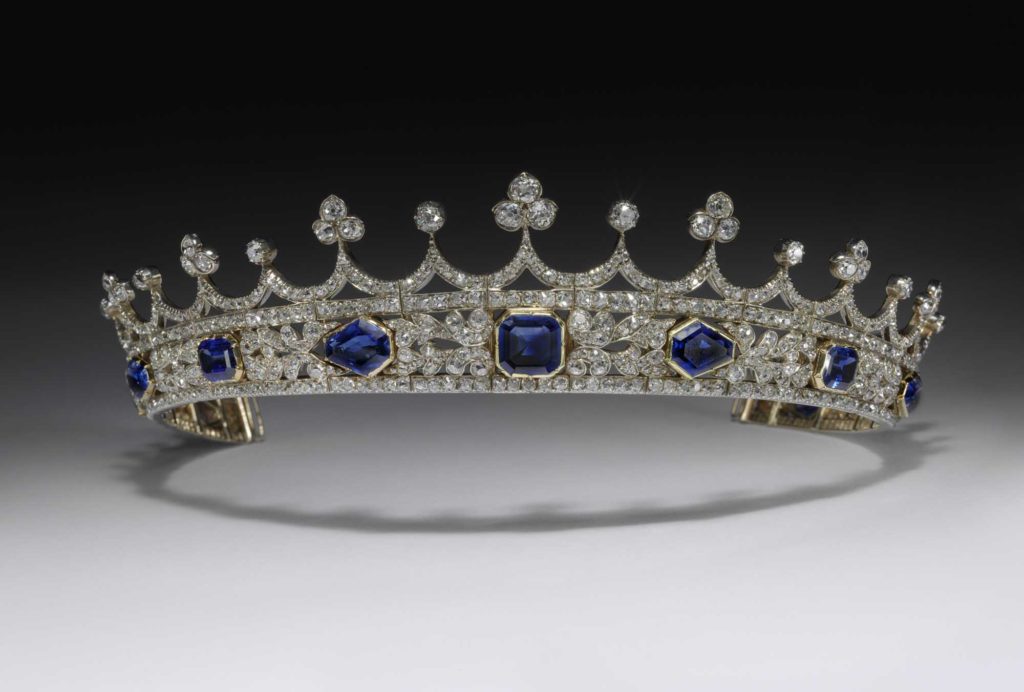 The 2019 opening of the new gallery also marks the centenary of the marriage of the Royal couple and will be a timely reminder of how the story of the V&A is inextricably linked to Queen Victoria and Prince Albert.

The Museum’s origins lie in the Great Exhibition of 1851, devised and championed by Albert. Following the Exhibition, Albert ensured its profits were used to create a cultural district of museums and colleges in South Kensington devoted to art and science education. The Museum of Ornamental Art, installed in Marlborough House in 1852, was moved to become part of the South Kensington Museum, opened to the public by Victoria and Albert in 1857. In 1866, Victoria described the Museum as ‘this most flourishing, interesting and beautiful Institution, which was virtually my beloved one’s creation’.