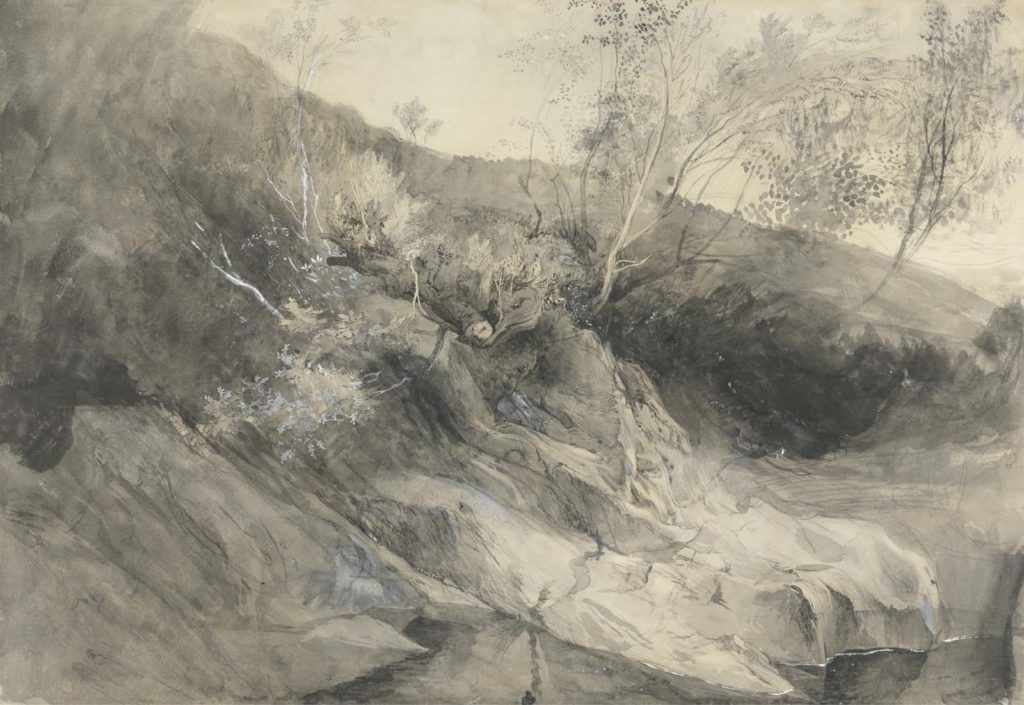 The Watts Gallery returns to the ideas of John Ruskin and invites us to consider the relevance of his artistic, political and environmental legacies

A complex and often contradictory figure, John Ruskin (1819–1900) is today widely recognised as a titan of Victorian art and letters.

His insights, interests, and the causes he advocated were however much wider than the arts and ranged seamlessly from Gothic architecture, the paintings of J. M. W. Turner and the Pre-Raphaelites to the role of capitalism and the effects of industrialisation on the environment.

For Ruskin it was an easy leap from cathedrals and glaciers to social reform, theology and ecology and as a firm believer in the power of art to transform society, he reasoned that nature inspired the most meaningful art and extended this aesthetic thinking to make fundamental connections with social behaviour and wellbeing.

Unto This Last: Two Hundred Years of John Ruskin (opening at the Watts on August 27 after an halted opening back in March) examines the legacy of this most influential nineteenth century thinker and takes its name from Ruskin’s 1862 book of essays (originally published in the Cornhill Magazine in 1860, until they were deemed too incendiary). 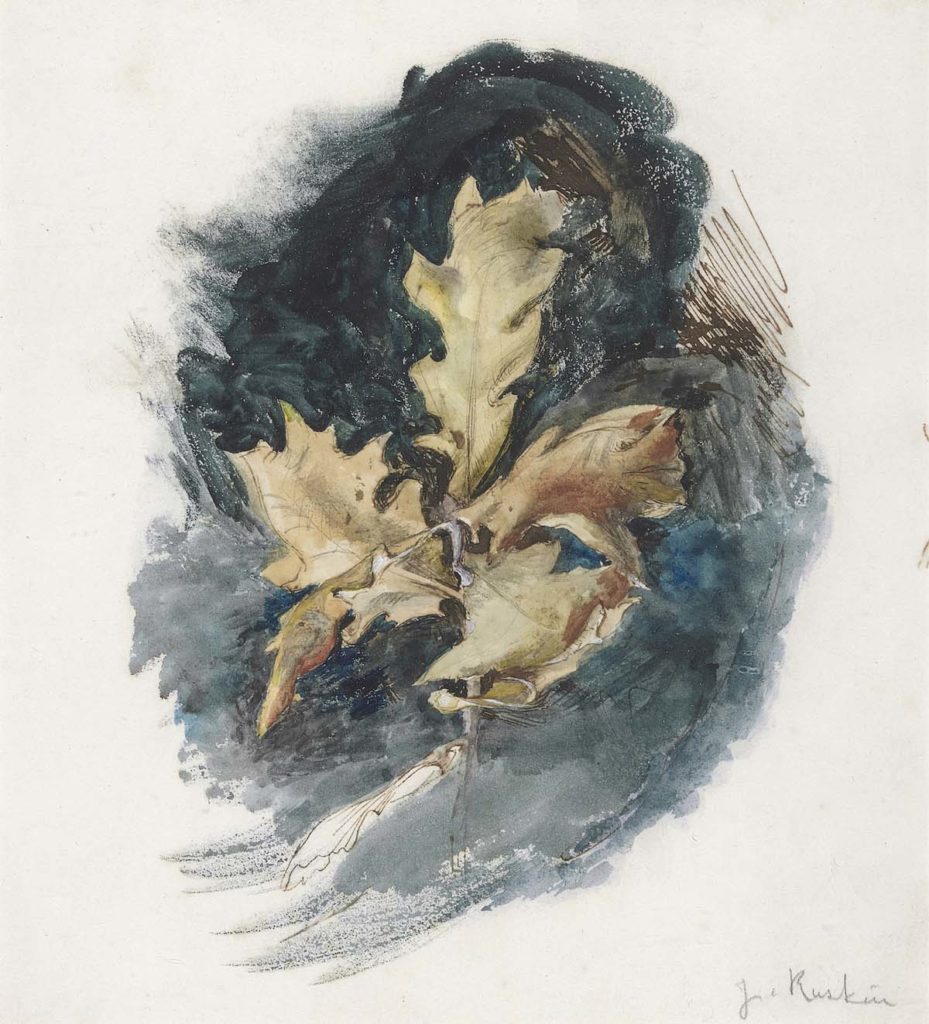 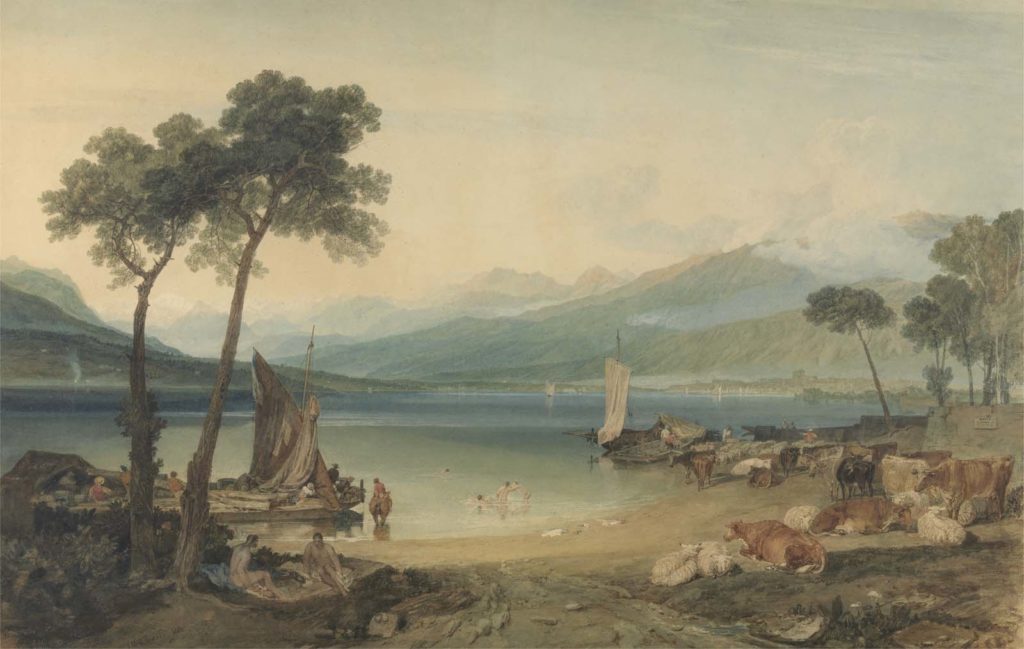 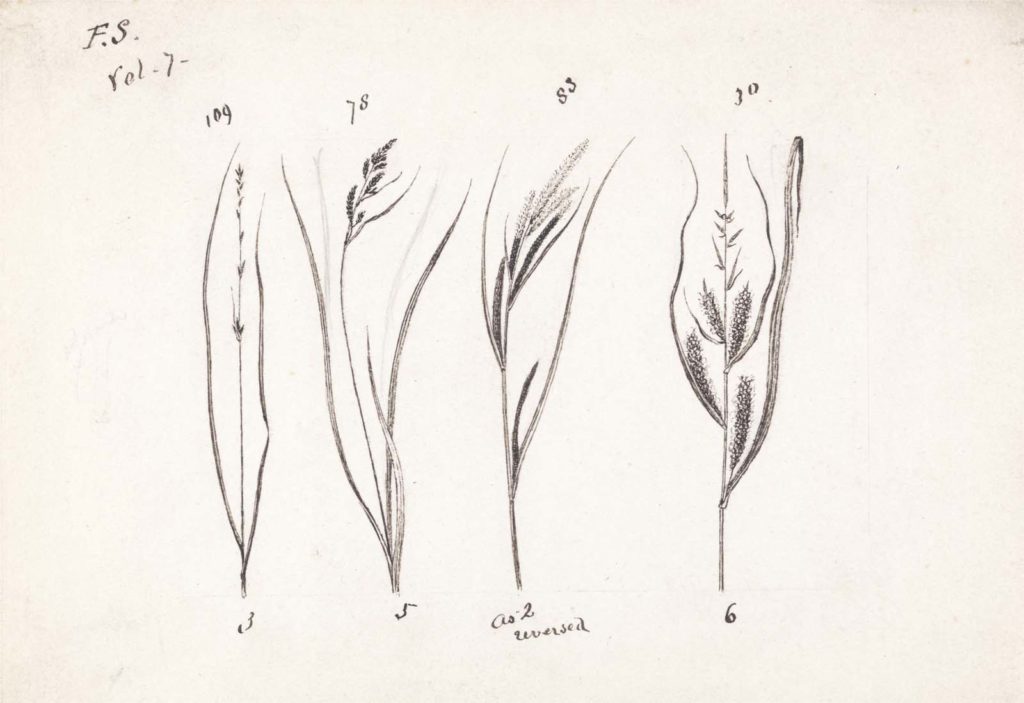 In them he attacked both the capitalist economy and the effects of industrialisation on the environment, and the book went on to deeply influence many reformers and thinkers including Tolstoy, Mahatma Ghandi and the early leaders of the Labour Party.

Travelling to Watts Gallery from the Yale Center for British Art (YCBA), New Haven, the object-rich exhibition that picks up the thread of this thinking features paintings, drawings, rare books and manuscripts from collections at the YCBA, together with those from Yale University Library and Beinecke Rare Book and Manuscript Library – all now displayed in a key site for Victorian culture.

It begins with Ruskin’s precocious childhood and teenage years, and includes a lively volume of juvenilia from the Beinecke Library and introduces his lifelong interest in J. M. W. Turner with Turner’s watercolour Lake Geneva and Mount Blanc (1802–05) and the oil Port Ruysdael (1826–27) both featured.

Ruskin’s Modern Painters I (1843), published when he was just 24 as a treatise on landscape painting carried a defence of Turner at its core, together with the advice to young artists to “go to Nature in all singleness of heart [. . .] rejecting nothing, selecting nothing, and scorning nothing.”

His own intricate watercolour, Study of an Oak Leaf (date unknown), demonstrates his own abilities and the theory that “if you can paint one leaf, you can paint the world”. It also nods to his transcendent excitement in everything from trees, pebbles and grasses to mountains, skies and the scudding clouds. 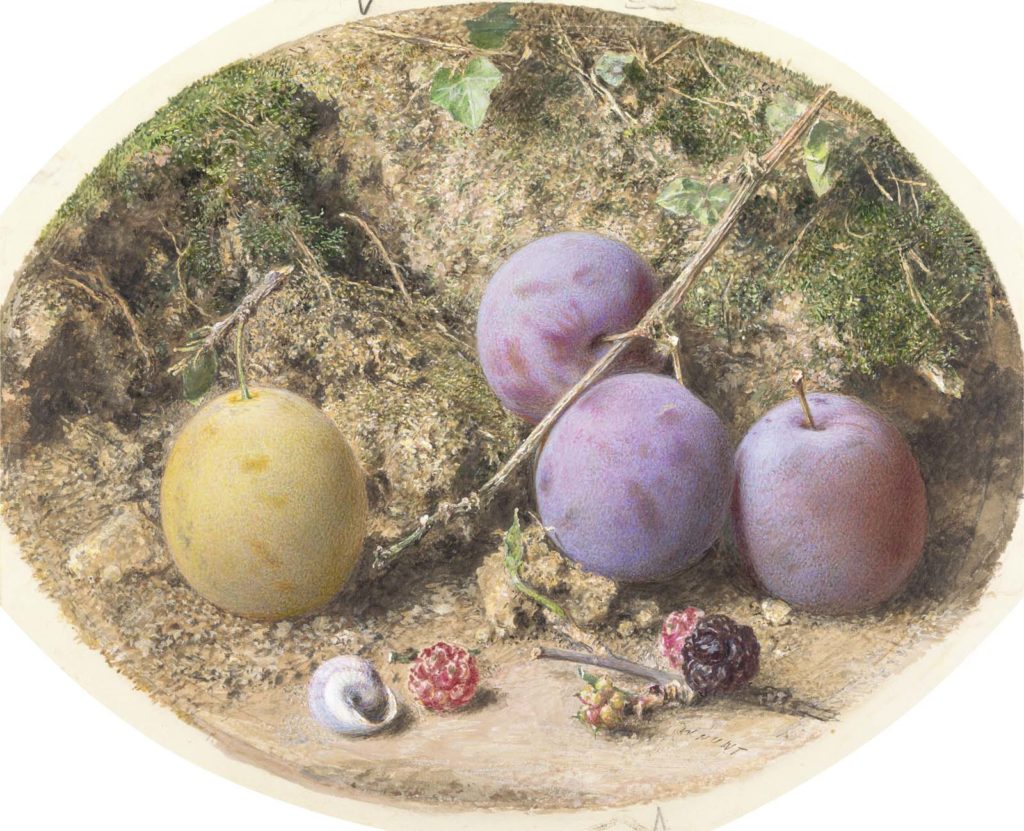 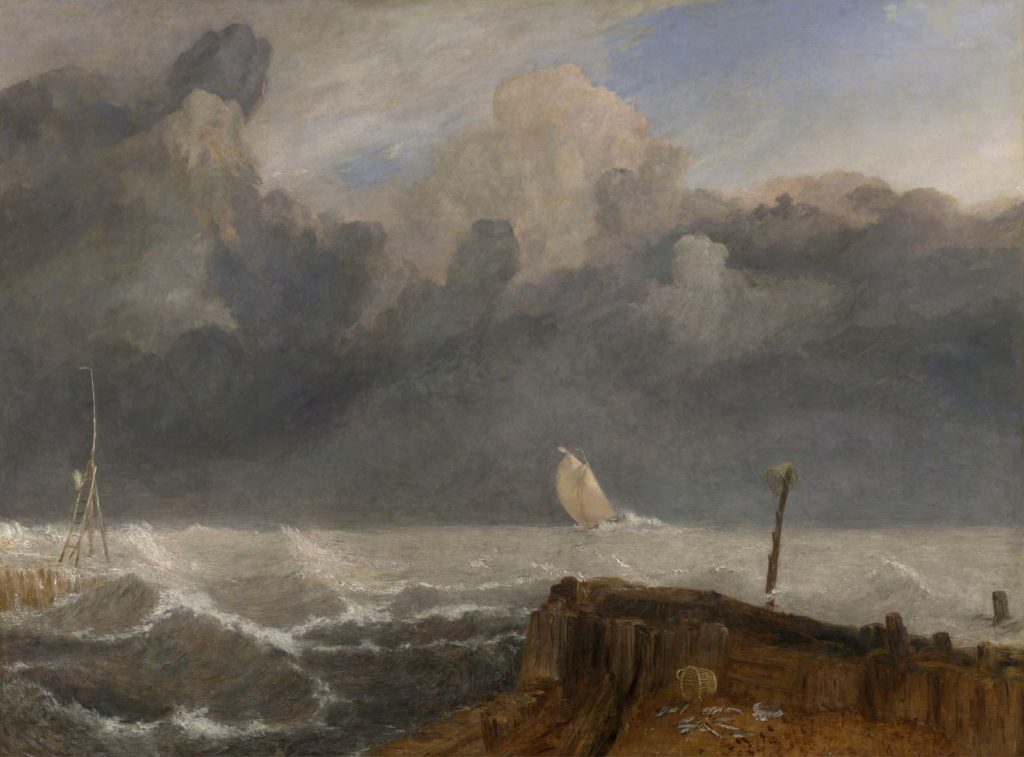 His own closely-observed landscapes, such as The Rocky Bank of a River (ca. 1853), capture the vitality of nature and his love of drawing outdoors, which is in turn captured in a caricature by the Pre-Raphaelite painter John Everett Millais depicting the two artists struggling with clouds of biting midges (1853).

The exhibition also features Edward Burne-Jones’ finished watercolour Cupid and Psyche (1870): Ruskin owned an earlier version of this exquisite composition and donated it to Oxford University as part of collection to be used for teaching. He advised students to study works by William Henry Hunt, such as the delicate Plums and Mulberries (ca. 1860). Ruskin’s philanthropic tendencies, his teaching and writing unified art and science, as can be seen in his own attentive sketch Four Species of Grasses (date unknown).

Ruskin visited major manufacturing towns and lectured on the “two paths” open to society: soulless industrialisation or a Utopian return to traditional craft practices. Yet his solutions to society’s problems were often rooted in nineteenth-century assumptions about race, gender and class that are outmoded and inappropriate today.

While his writings offered a radical critique of industrialisation’s negative effects on people and the environment, they also advocated for a return to a hierarchical social order that many readers then and now have rightly rejected.

Yet progressive thinkers worldwide have acknowledged the influence of Ruskin. His aesthetic, social and political theories spread globally, to the United States, Japan, Russia and India and he has inspired generations of social, political and economic reformers who have selectively embraced the best of his artistic, social and environmental ideals, while rejecting those aspects of his life and work that seem archaic in the twenty-first century. 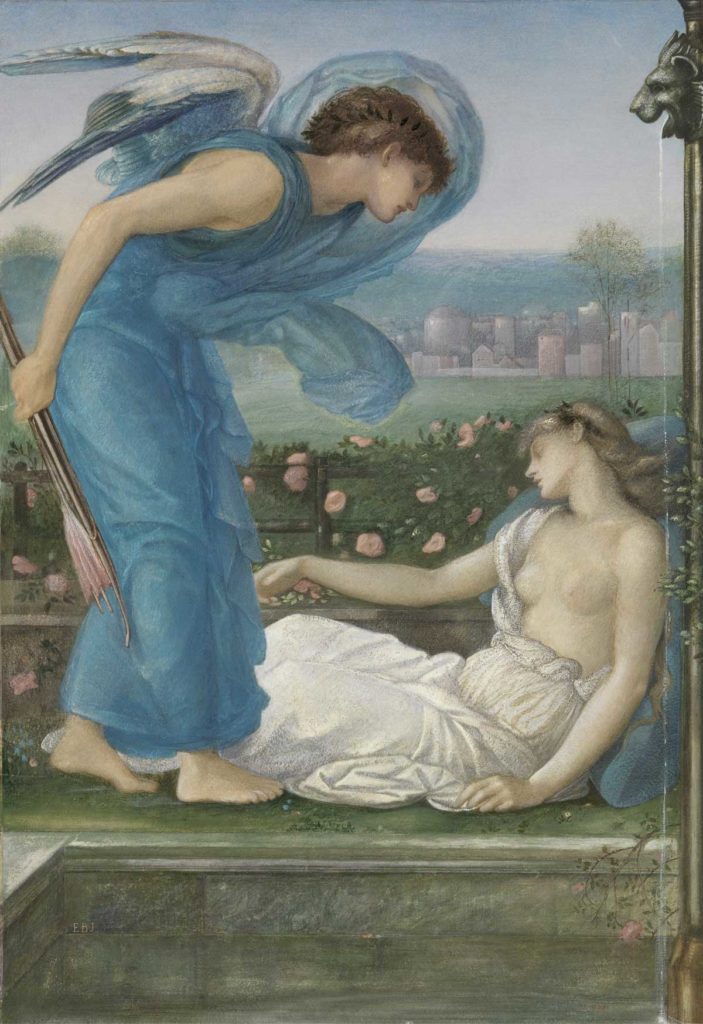 And whilst there will always be a storm cloud over Ruskin in terms of his personal life – not least the annulment of his marriage to Effie Gray and his persistent, seemingly unrequited interest in young girls – his theories continue to resonate 200 years after his birth.

Promising a “significant and nuanced” exhibition, Cicely Robinson, Brice Chief Curator at Watts Gallery—Artists’ Village says it also “challenges pre-conceived ideas of Ruskin and invites us to consider the ongoing relevance of his complex artistic, political and environmental legacies today”.

The former home and studio of George Frederic Watts and his wife where this exhibition is on show has been, much like Ruskin’s reputation, rescued and restored in recent years and it is now a hub for art lovers and fans of Victorian art. This latest exhibition continues their dedicated work exploring and re-evaluating the Victorian world and how it might relate to us today.

Unto this Last: Two Hundred Years of John Ruskin runs from August 17 – November 2 2020. The Watts Contemporary Gallery and Shop is open now, with the Historic Galleries and Tea Shop opening on August 3. See below for more details.

Watts Gallery — Artists' Village is a unique family day out in the Surrey Hills. Explore the newly opened Watts Studios then discover Victorian paintings and sculpture in the historic Watts Gallery before treating yourself to lunch or cream tea in The Tea Shop. Stroll to the nearby Grade-I listed…