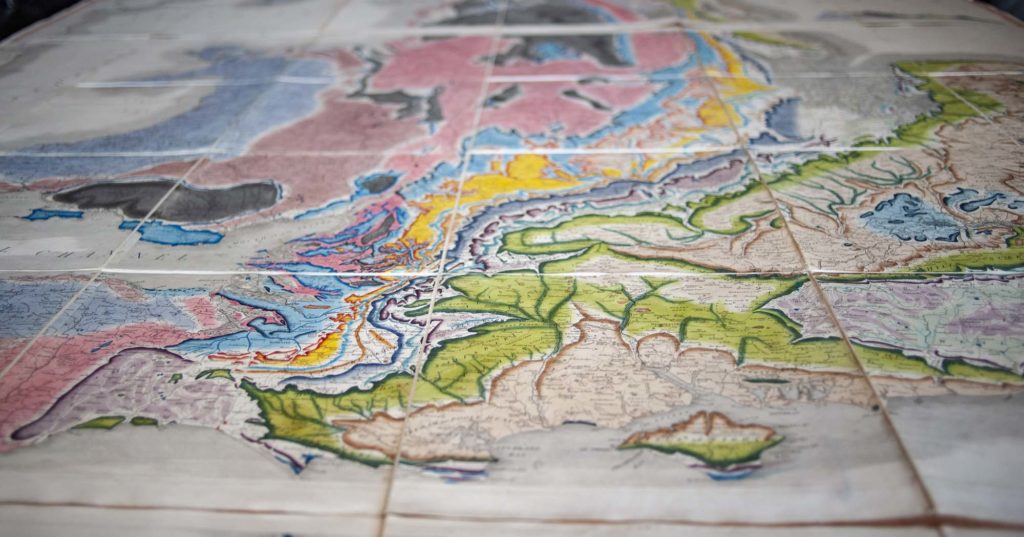 It’s known as ‘the map that changed the world’ – a brilliantly coloured and detailed examination of the geological strata of England, Wales and southern Scotland that is important and influential to this day.

William Smith’s map was created in 1815 and was one of the the first attempts to visualise the earth’s rock layers, using an innovative system of colours and shading to represent the different strata.

It gave the man now known as ‘the father of English geology’ his nickname –‘Strata’ Smith. He was born 250 years ago in 1769.

The original print run of the huge map is believed to have been around 400, of which less than 10% are thought to still exist. 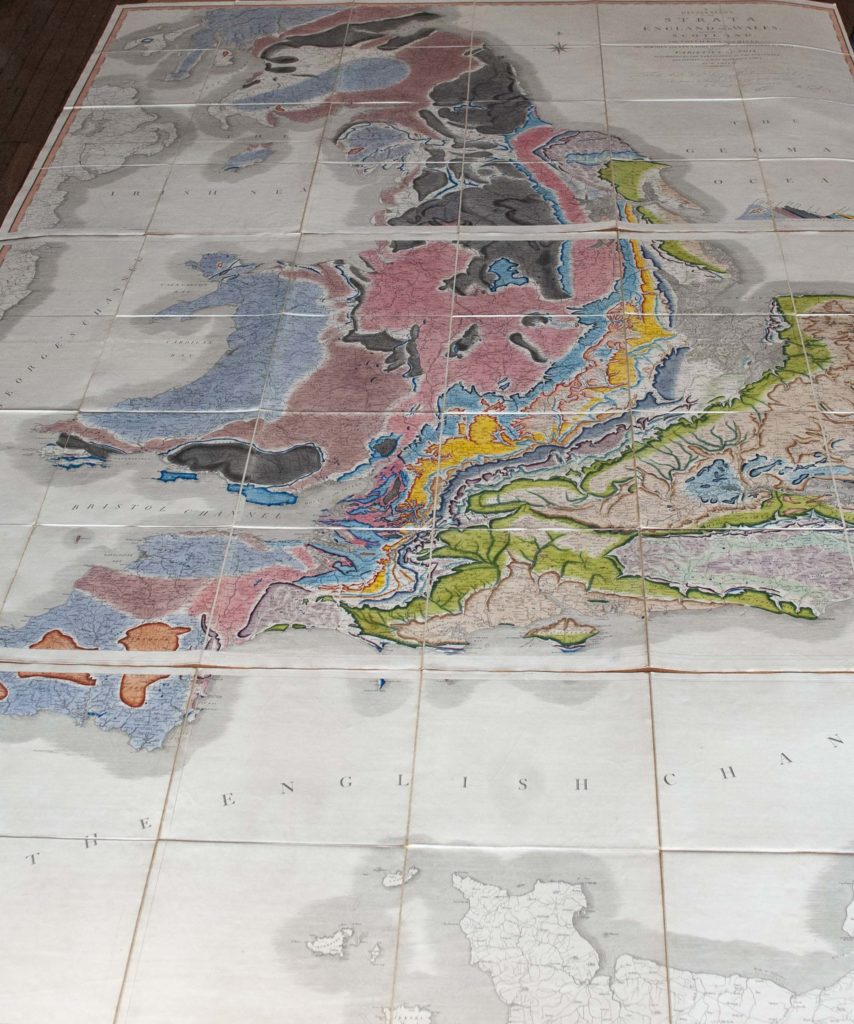 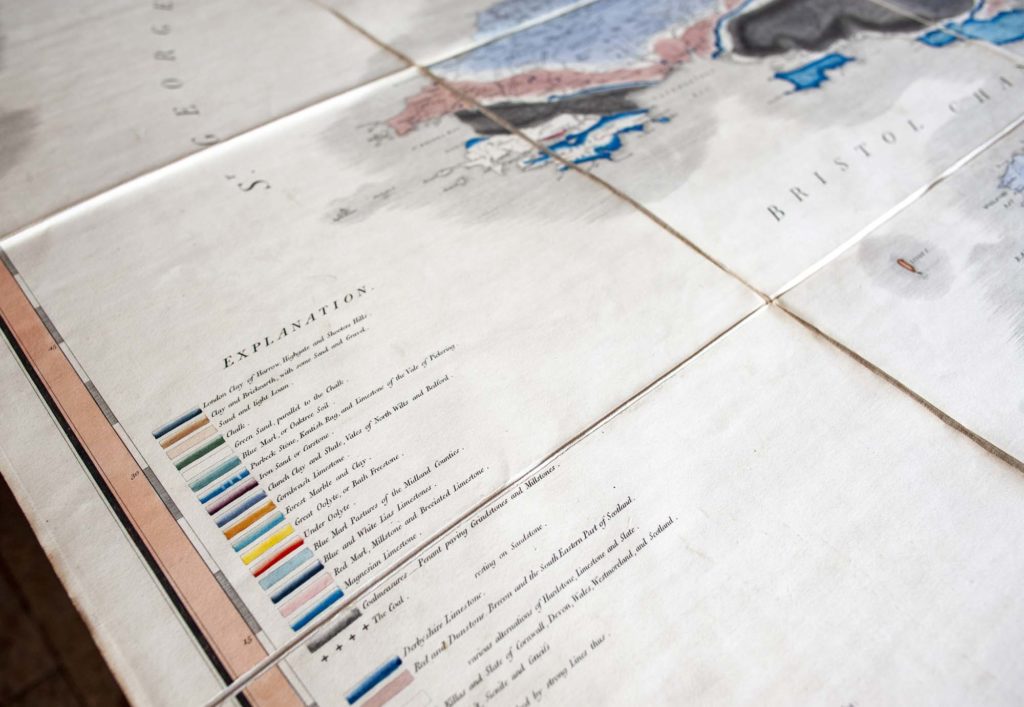 Until May 2020, a rare and particularly well-preserved example of those few survivors will be on display at Scarborough Art Gallery. It’s particularly apposite as the Gallery is the sister venue to the Rotunda museum, one of the world’s first purpose-built museums.

The Rotunda was built to a design suggested by Smith himself, then living in Scarborough, and opened in 1829. It was a private museum for scientific debate, although the public was allowed in at a charge. The two buildings are just a stone’s throw apart.

The map – A Delineation of the Strata of England and Wales, with Part of Scotland; Exhibiting the Collieries and Mines, the Marshes and Fen Lands Originally Overflowed by the Sea, and the Varieties of Soil According to the Variations in the Substrata, Illustrated by the Most Descriptive Names, to give it its full, formal title – was hugely important at a time when the Industrial Revolution was in full swing and manufacturers needed to know where and how they could efficiently access coal and vital raw materials like iron, clay and limestone.

He paved the way for later theories of evolution, including that of Charles Darwin

In the final decade of the 18th century, a young Oxfordshire-born surveyor called William Smith was working for the Somersetshire Coal Company. As he descended into coal mines, he noticed how the earth, sliced cleanly open by the mine shaft, showed clear layers, or strata, of different rocks and minerals. His early theories were confirmed during a later stint working on canals and observing similar phenomena. By 1801, he had begun making preliminary sketches for the famous map.

Smith also observed that each layer of rock contained its own particular fossils, and that the species were easy to differentiate. He realised that different species were alive at different times, so the fossils were markers of the age of each layer.

He coined the phrase ‘the principle of faunal succession’ to describe his findings, paving the way for later theories of evolution, including that of the great Charles Darwin.

During his travels and research, Smith amassed a large collection of fossils, which came to his aid in 1819 when he ran into serious money troubles. He sold the precious collection to the British Museum; more than 2,000 of them are now cared for the Natural History Museum, while a handful can be seen in the Rotunda. 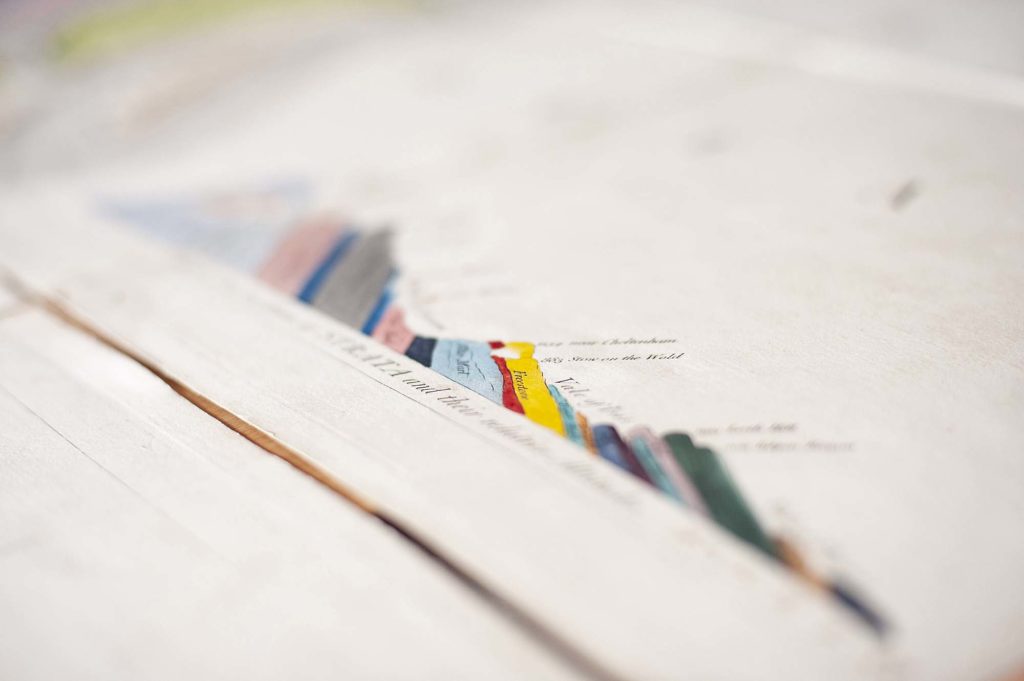 It wasn’t enough, though, to save him from debtors’ prison, where he languished for several months that summer. Upon his release at the end of August 1819, he returned home to find a bailiff at the door, and his home and property no longer his own.

These unfortunate circumstances had a happy outcome, though – propelled into work as an itinerant surveyor, he met Sir John Johnstone of Hackness Hall near Scarborough, who recognised his skills and employed him as his land steward. For the next decade, Smith lived at Hackness, then in Scarborough, and was a member of the town’s Philosophical Society, eventually acting as a sort of clerk of works on the build of the unique circular Rotunda museum.

In 1831, Smith was the first recipient of the Wollaston Medal, the highest award given by the Geological Society of London.

The map which you can see at Scarborough Art Gallery for the next eight months is privately owned by Jonathan Larwood. It’s a travelling version, and was bought by Jonathan’s father in the 1950s, a remarkably lucky first find for a young new collector of geology maps.

Simon Hedges, Scarborough Museums Trust’s Head of Curation, Exhibitions and Collections, says: “We don’t know of another ‘travelling map’ still in existence – it has its original cover, section cases and journal. It’s in three folding parts and has benefited from being folded up as the colours are still so vivid – of all the surviving Smith maps, this one is probably in the best condition.” 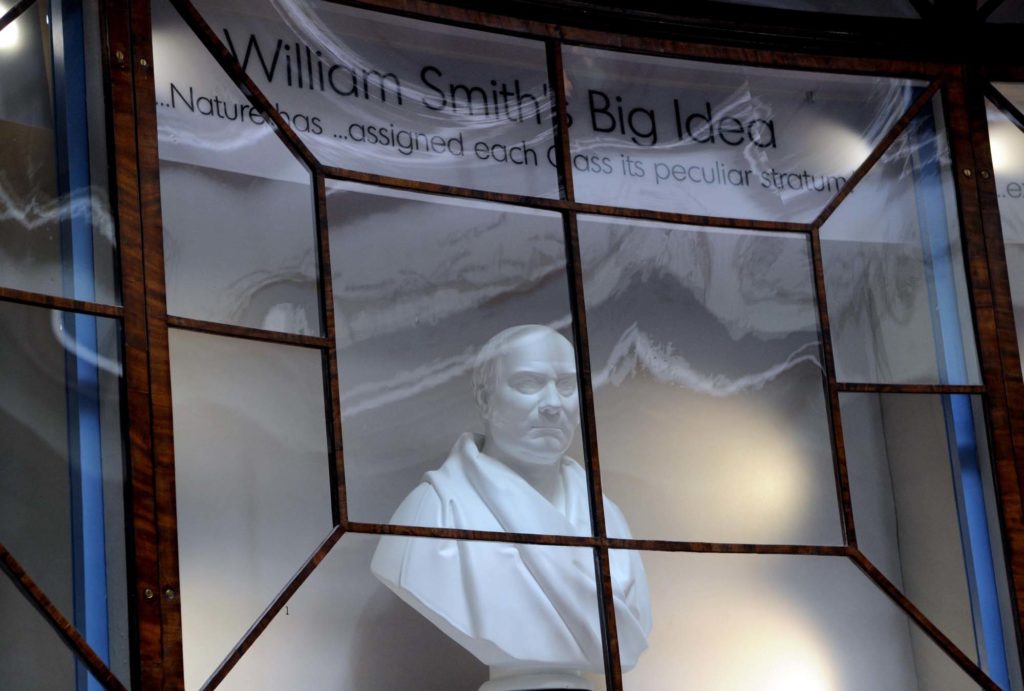 Bust of William Smith in the Rotunda.

Scarborough Art Gallery and the Rotunda museum are open Tuesdays to Sundays (plus Bank Holiday Mondays) from 10am to 5pm. Entry is free with an Annual Pass, which costs £3.

Scarborough Art Gallery, situated in Scarborough’s Regency Crescent just off the town centre, houses the Borough’s fine art collection. Our Gallery spaces tell the story of the town and its various influences over the years through the wonderful paintings which feature seascapes and views of Scarborough. Learn about the influence…

Explore modern interactive displays to learn about the fascinating Geology of the Yorkshire Coast. Find out about this unique geology that brought William Smith to the town and inspired him to design this fabulous iconic building in 1829. Known as the father of English geology, Smith changed the world with…