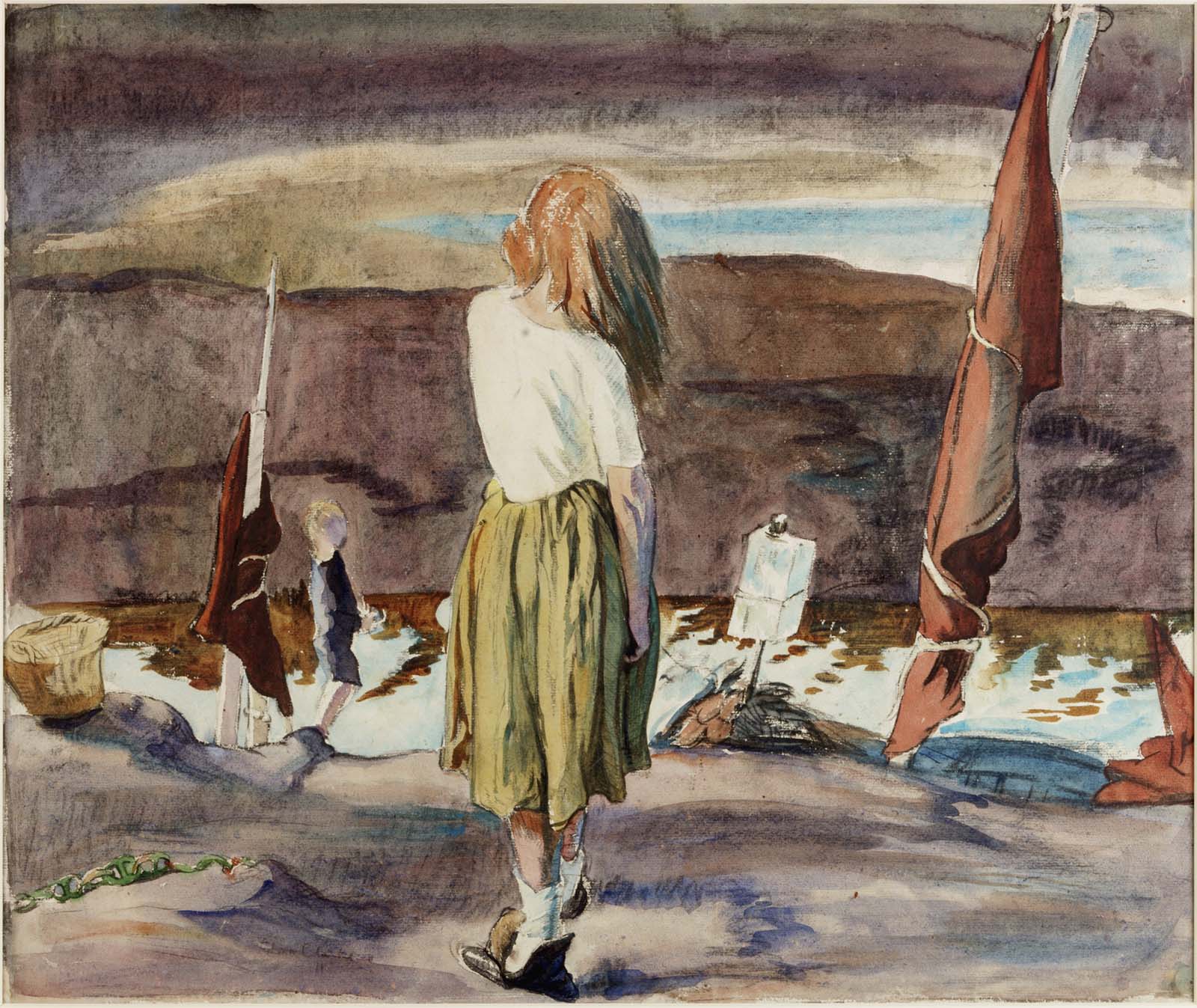 The Laing Art Gallery continues its re-appraisal of some of the forgotten women pioneers of twentieth century art with this small but fascinating collection of works on paper.

A collaboration between the Laing and Liss Llewellyn who curate, publish and are dealers specialising in the unsung heroines and heroes of British art from 1880 to 1980, WOW: Women only Works on Paper showcases 38 British artists working between 1905 and 1975, a transformative period for women in the arts.

Artists Winifred Knights, Ithell Colquhoun, Annie French, Lucy Kemp-Welch, Thérèse Lessore, Hilda Carline and Paule Vézelay are all represented, as well as other accomplished but lesser-known female artists who emerged in the first part of the 20th century.

This was a time when women were just beginning to emerge from the long shadow cast by their male counterparts in the art world. Before this time, many faced inherent barriers including access to equal education and training opportunities. 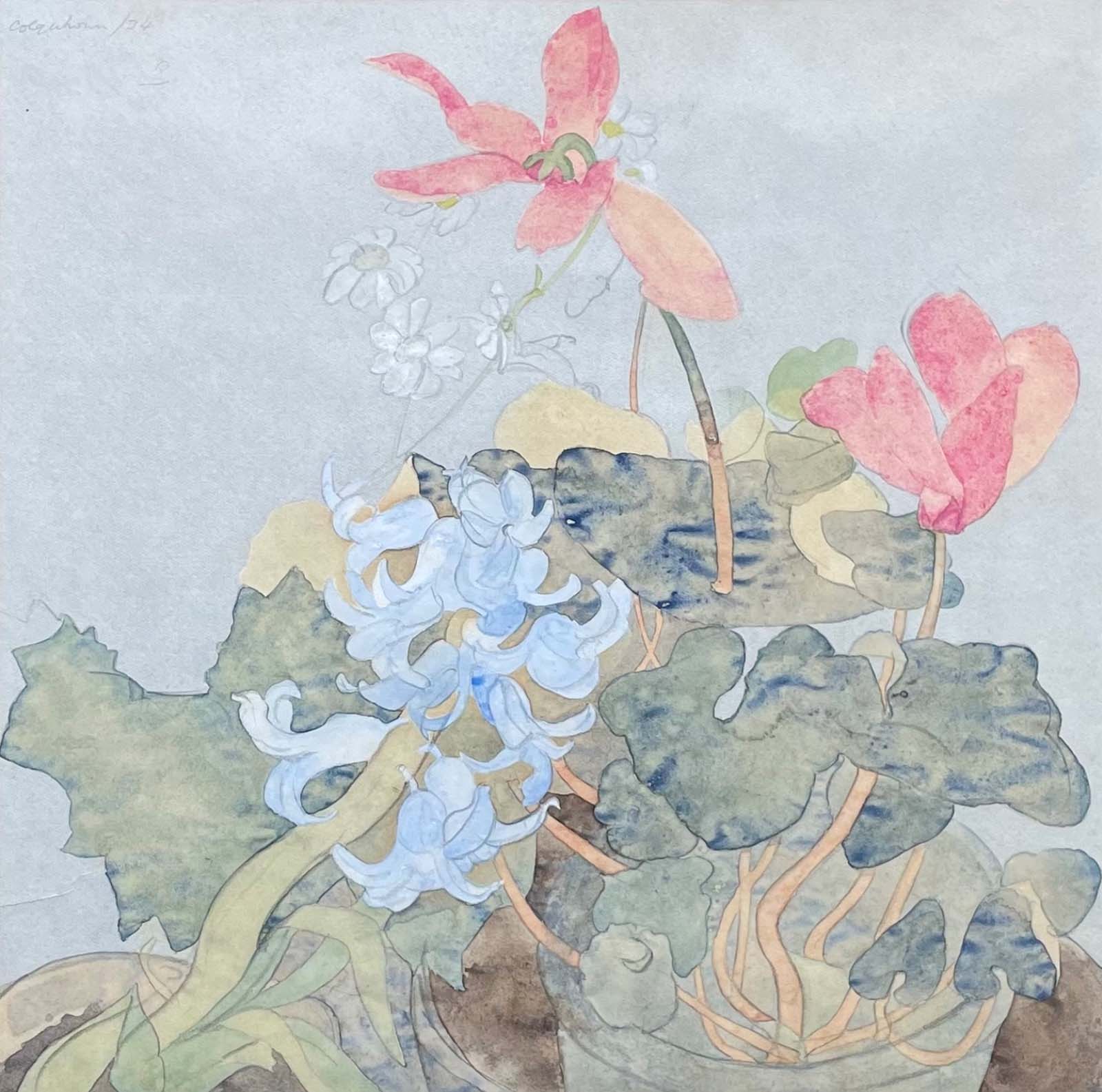 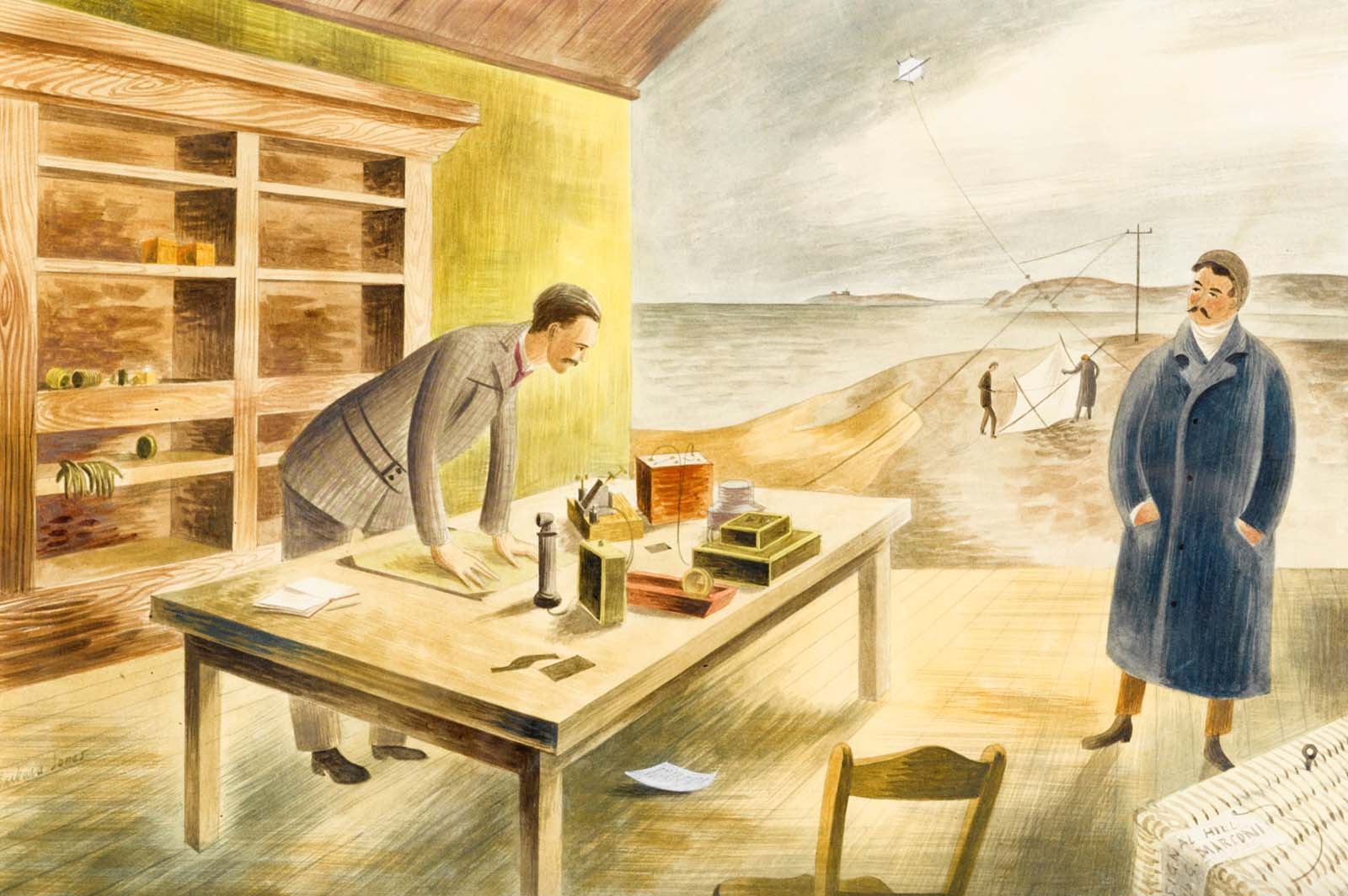 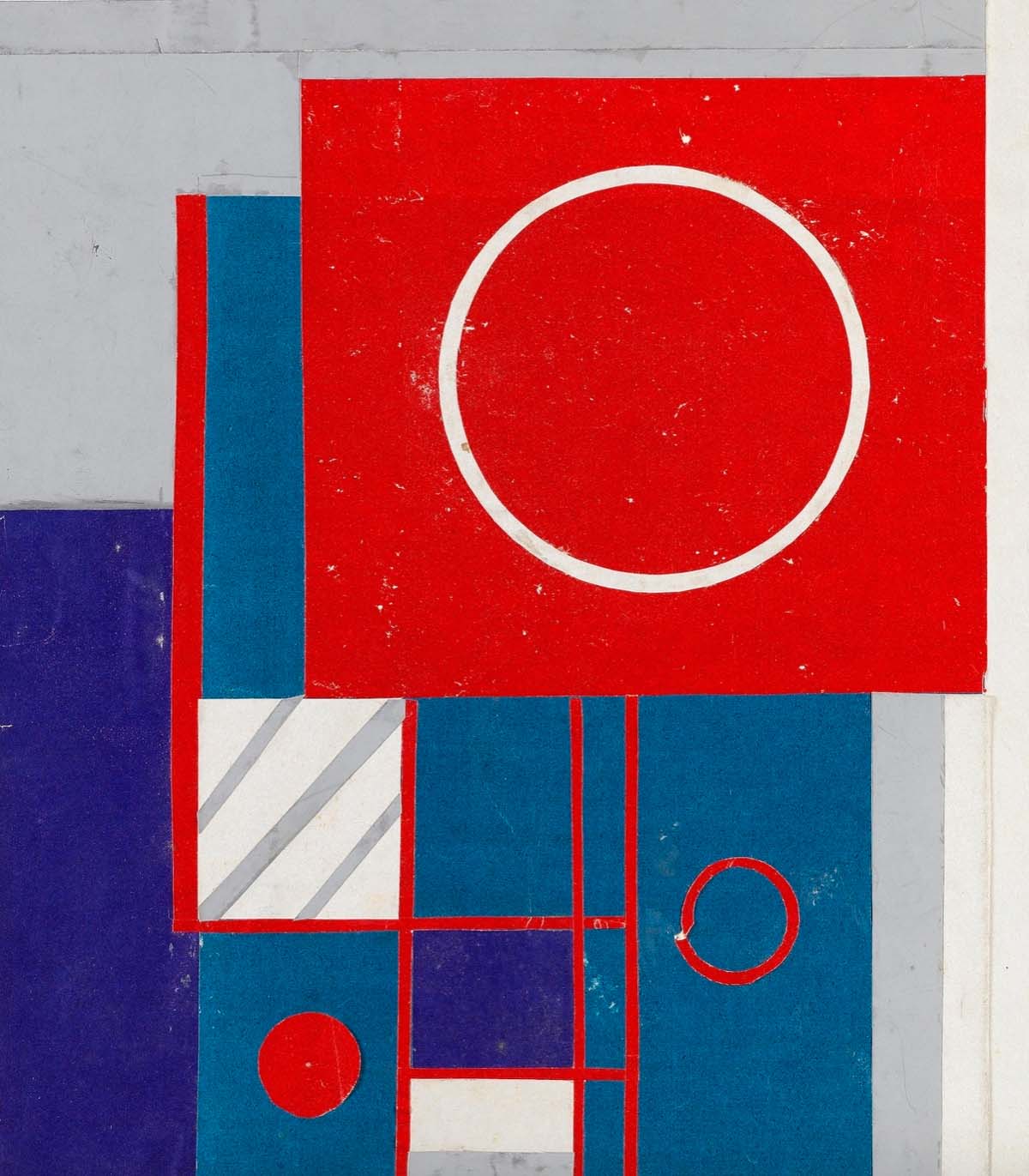 Entrance into prestigious art schools was very difficult, if not impossible – London’s Royal Academy of Arts did not allow women into its Antique Schools until 1862 – yet despite these obstacles, women artists managed to practice and earn a living.

The exhibition brings together over 50 watercolours and pastels complemented by etchings, screen-prints, gouache and works in pencil. Many of them are preliminary studies, cartoons for mural projects and finished works, but choosing to work on paper presented many benefits to artists.

“Paper’s adaptability allows for a multitude of techniques, says Sacha Llewellyn, Director of Liss Llewellyn, “using paper in its traditional role as a support for drawings and prints, or creating collage and sculpture, the featured artists responded to the medium’s inherent qualities – malleable, smooth and sensuous – to test ideas, express feelings or create a finished work.

“The exhibition celebrates the diversity of these approaches and highlights the ways in which paper provided artists with a rich arena for artistic innovation. From portraits, landscapes, botanical studies, abstracts, still lives and genre scenes, the works in WOW highlight the artist’s skill and dexterity in drawing on paper, which was at the core of artistic training and practice.”

Some of the women featured, like the artist Tirzah Garwood (1908-1951) who is just beginning to emerge from the shadow of her first husband, the artist Eric Ravilious, are today better known than they were in their own lifetime. And like Garwood, featured artists such as Thérèse Lessore (1884-1945), Kathleen Guthrie (1905-1981) and Gertrude Hermes (1901-1983) used the traditional techniques of etching, screen printing and woodblock to create a diverse range of images. 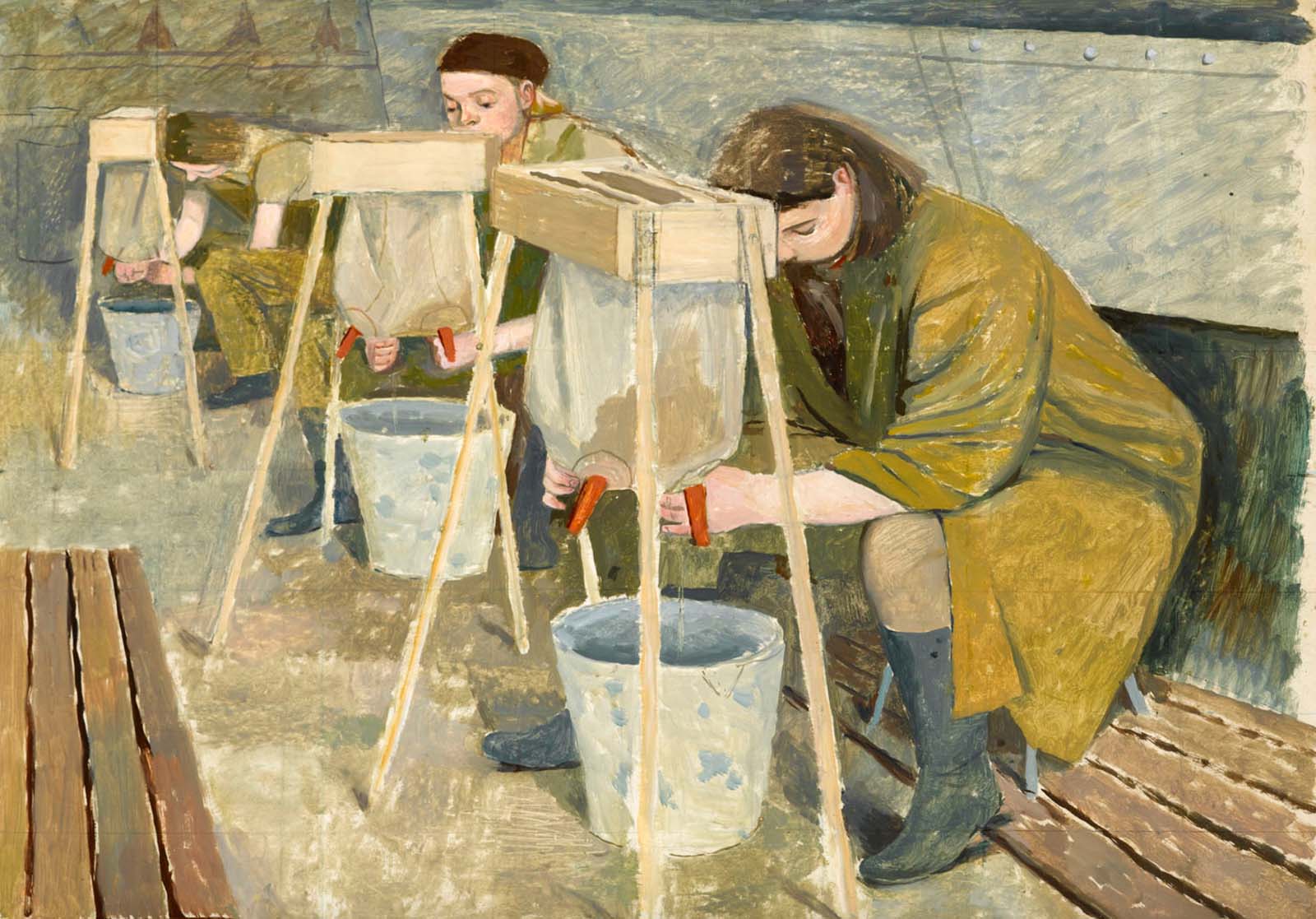 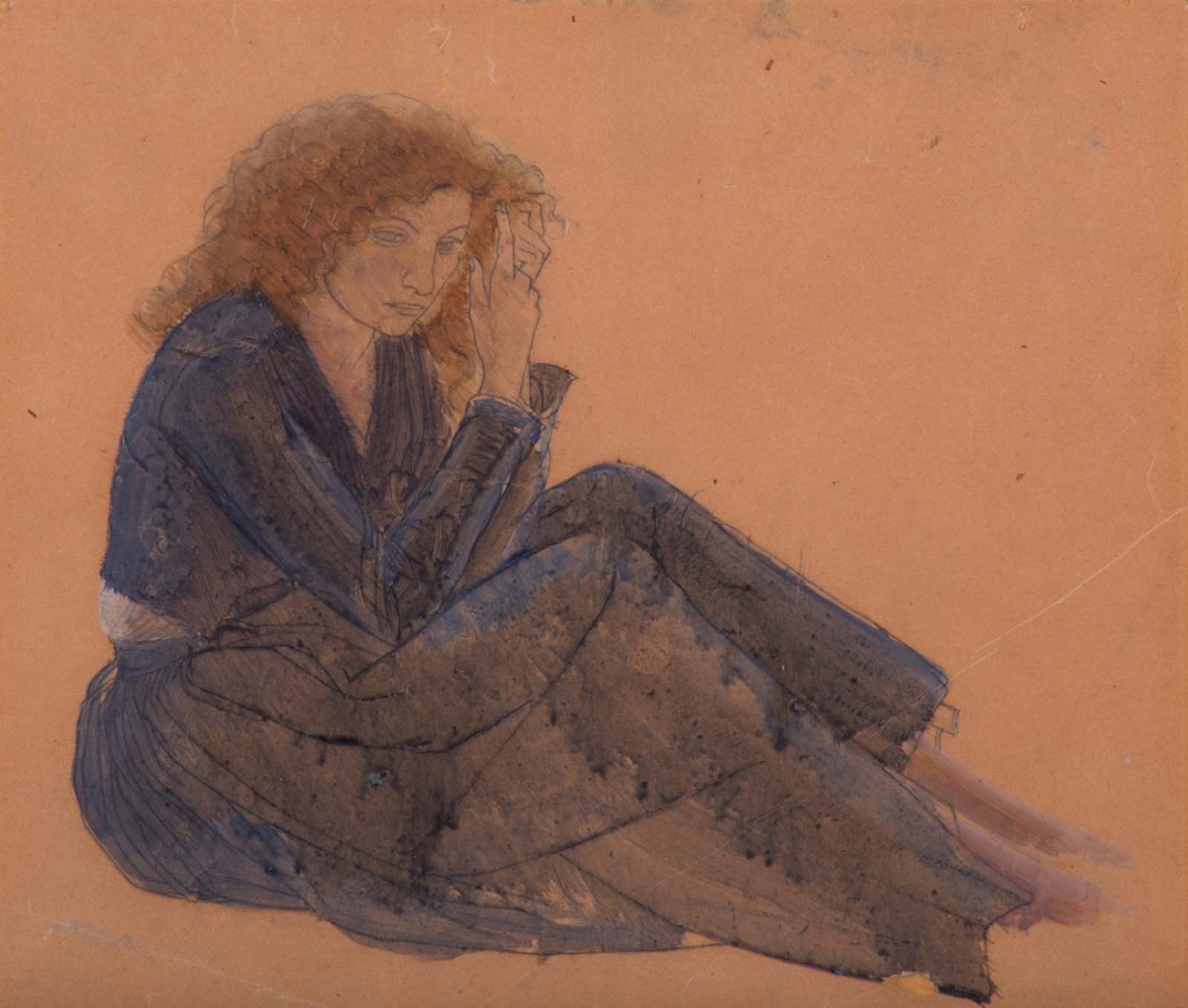 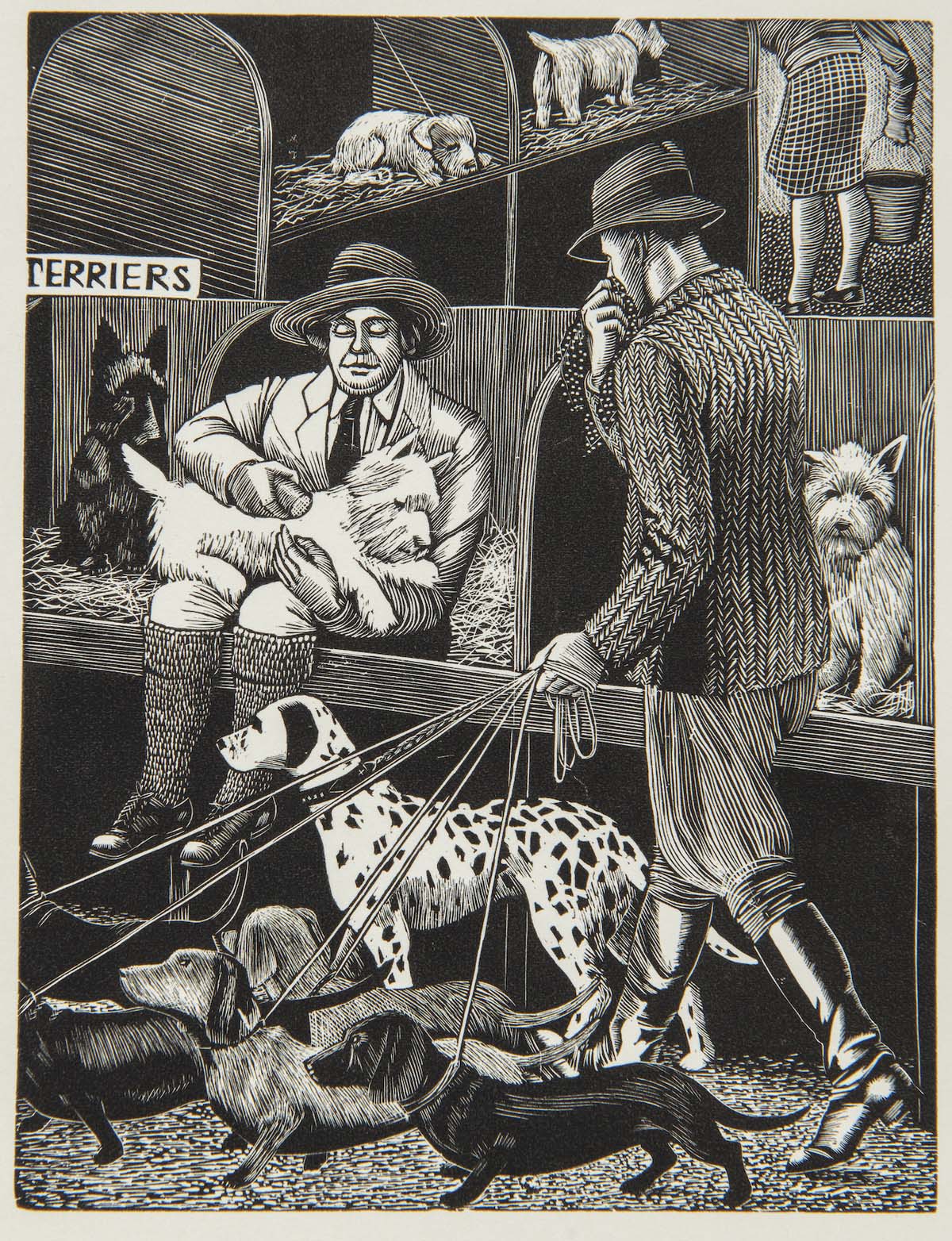 Others like Rachel Reckitt (1908-1995), Valentine Dobrée (1894-1974), Barbara Jones (1912-1978) and Marion Adnams (1898-1995) explored the ethereal properties of paper through precise cuts, resulting in elaborate collages combining shapes, patterns and designs, or manipulated and compressed paper to create inventive and surprising sculptures.

One of the works from the Laing’s collection is Catherine (c.1924) by Lady Edna Clarke Hall (1879-1979), which is one of a series of watercolour illustrations of Emily Brontë’s novel Wuthering Heights.

After studying at the Slade School of Art, Clarke Hall had married young and a developing emotional crisis led to a conflict between her artistic identity and her much older husband’s expectations of her role as a wife, leading to a breakdown in 1919.

However, by 1922, she was exhibiting again. Catherine Earnshaw’s yearning for Heathcliffe in Brontë’s novel resonated with the artist’s own sense of isolation, and her artwork reveals a lone figure in a bleak landscape. An art critic from The Times described Clarke Hall in 1926 as the “most imaginative artist we have”.

Paule Vézelay (1892-1984) was one of the earliest and most imaginative British abstract artists. In 1926, she moved to Paris, dropped her birth name of Marjorie Watson-Williams and adopted the distinctly French moniker, Paule Vézelay, “for purely aesthetic reasons”.

Vézelay went on to establish a visual language of non-figurative shapes and forms that she would call upon throughout the rest of her career.

In 1933 she wrote: ‘Of my own work I must say that I hope to give intense pleasure to the eye of the beholder, enticing his regard to remain on colours and forms more pleasing than can easily be found in actuality, or seen by his own unaided imagination. I hope this pleasure will prove a kind of music for the eyes, and may hold his regard long enough to convey what I am telling with this mysterious language of paint; since it is something that can only be painted.’

Vézelay’s jarring use of the masculine pronoun for her imagined viewer is an example of how the idea of male dominance in society and the arts was still deeply ingrained in the 1930s. Modernism may have held sway, but it was the men who were in the driving seat. 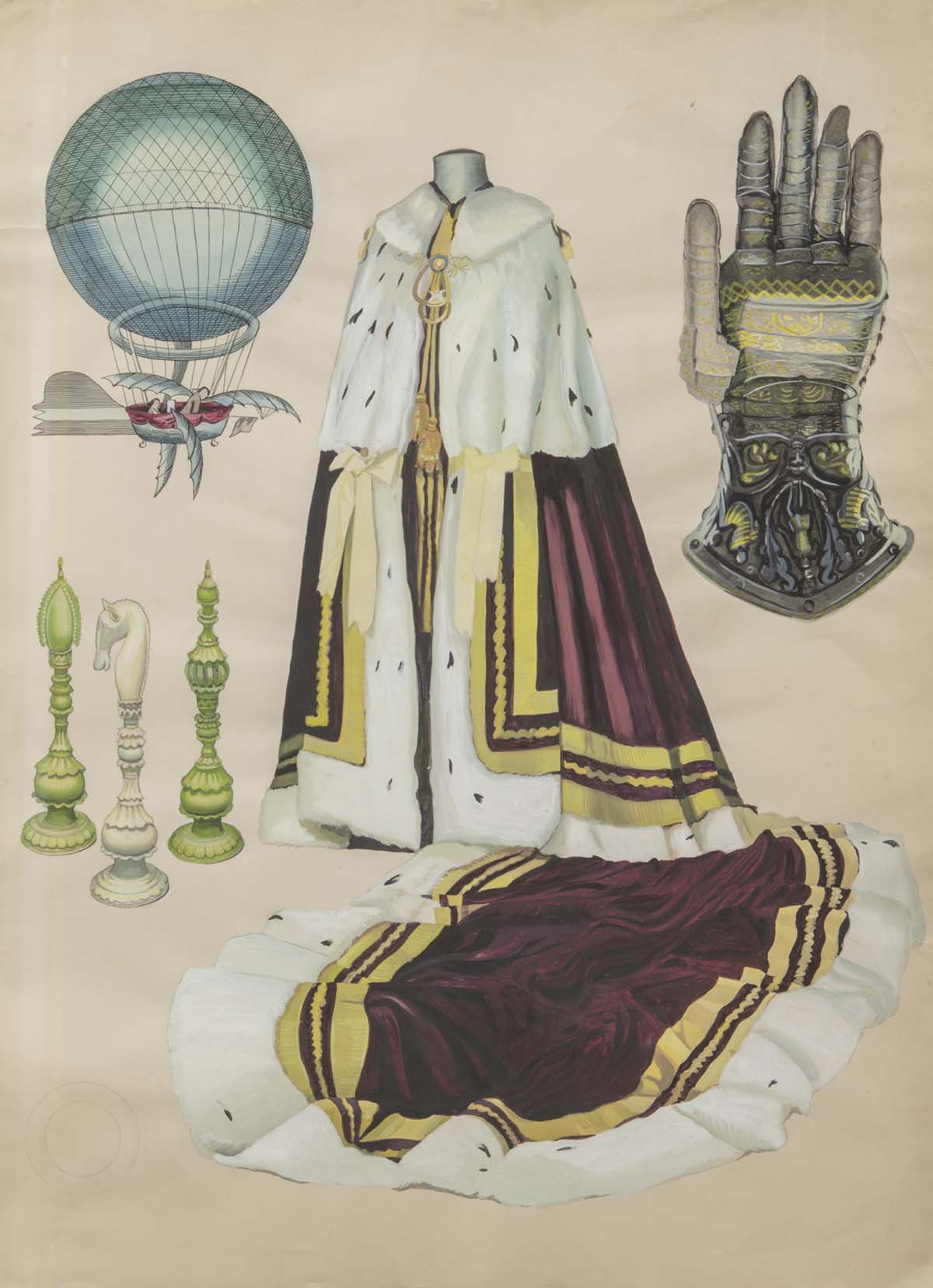 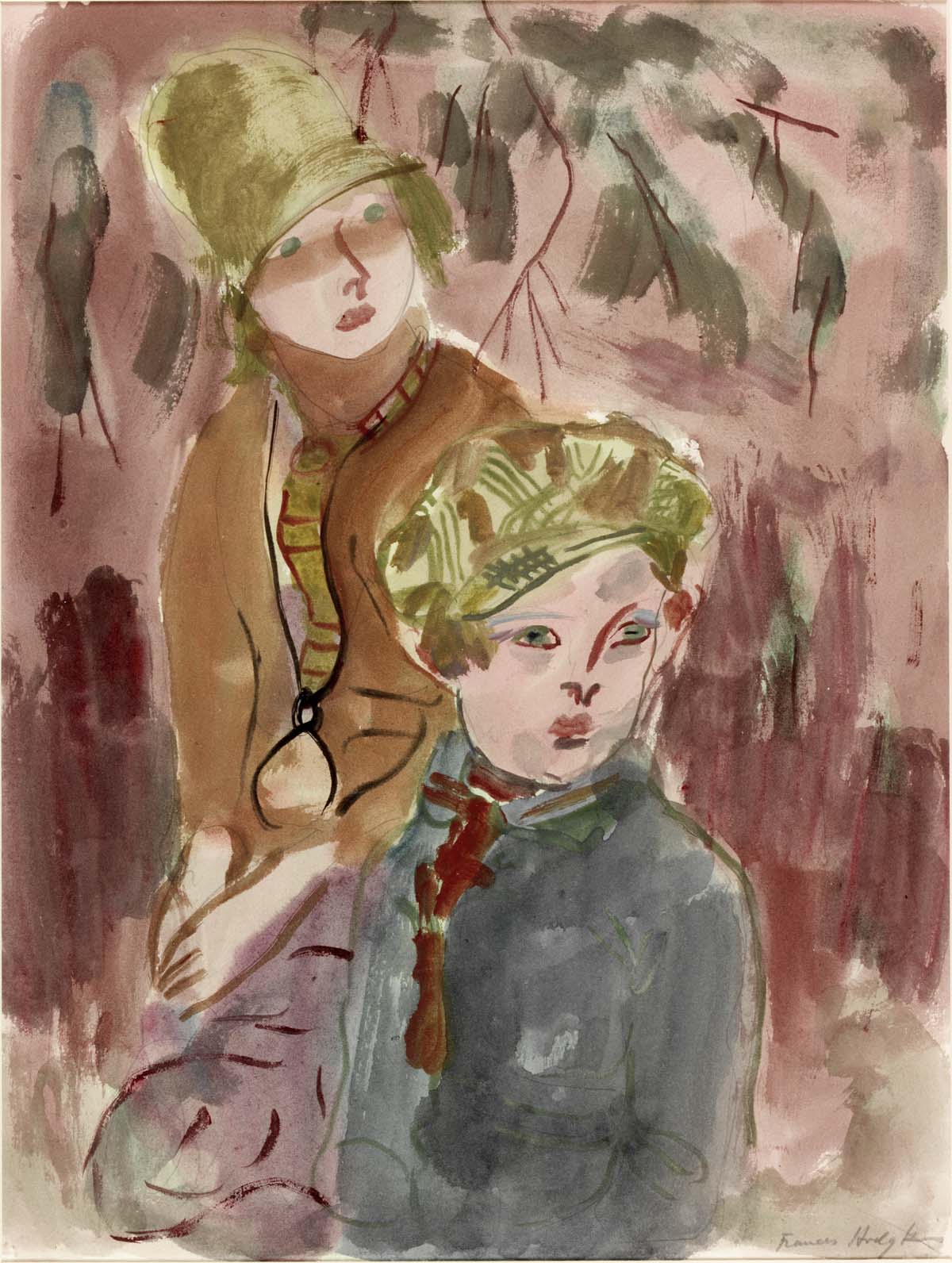 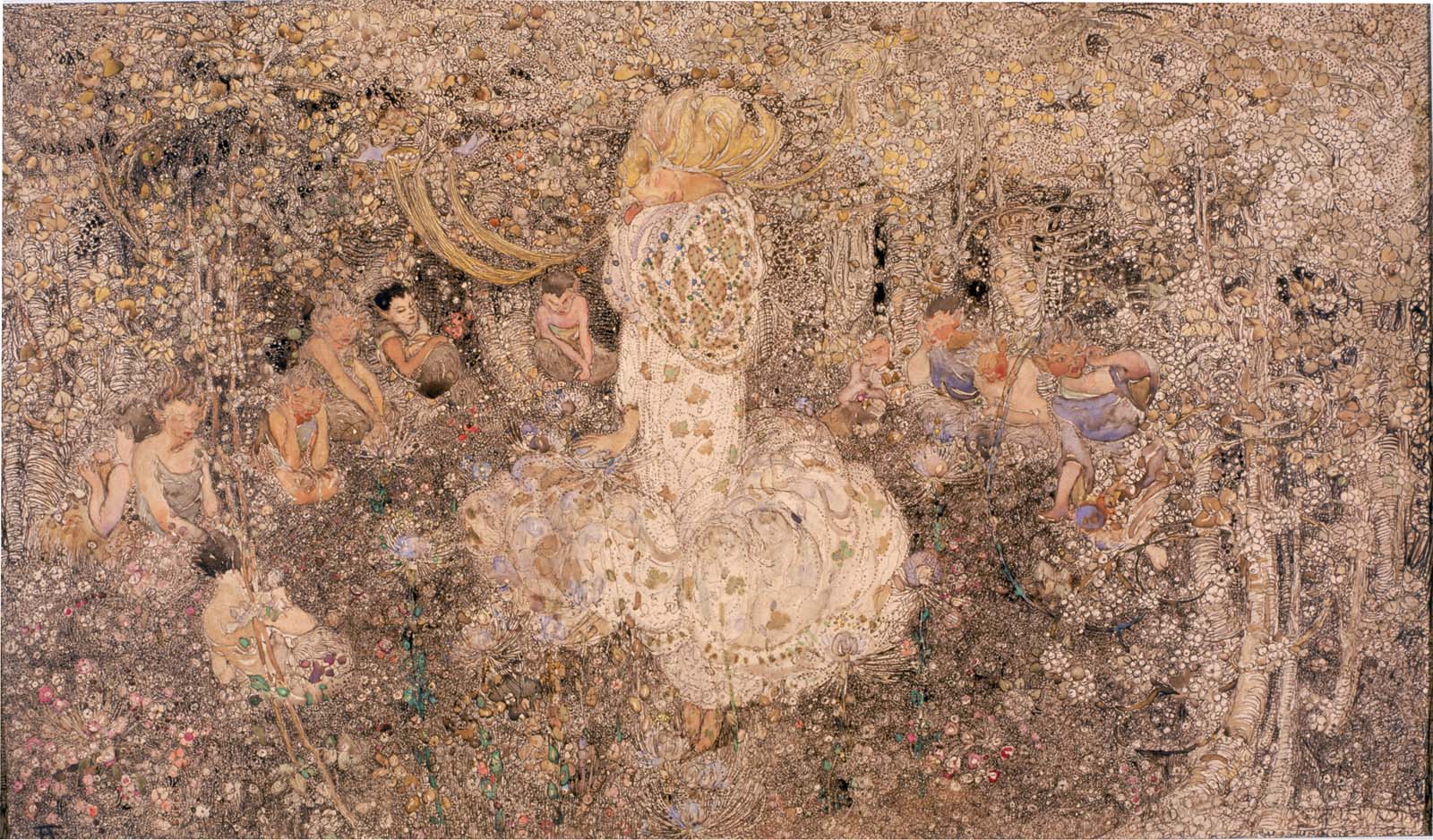 “WOW: Women only Works on Paper is one of a series of exhibitions which take up the important task of addressing the varying kinds of erasures and omissions that are inherent in the canon of British art, and indeed public art collections like the Laing,” says Julie Milne, Chief Curator of Art Galleries, Tyne & Wear Archives & Museums.

“In particular at this moment in time when issues of gender equality have been highlighted by the pandemic it seems fitting that we reflect that many of these issues have not entirely disappeared and are only just beneath the surface.”